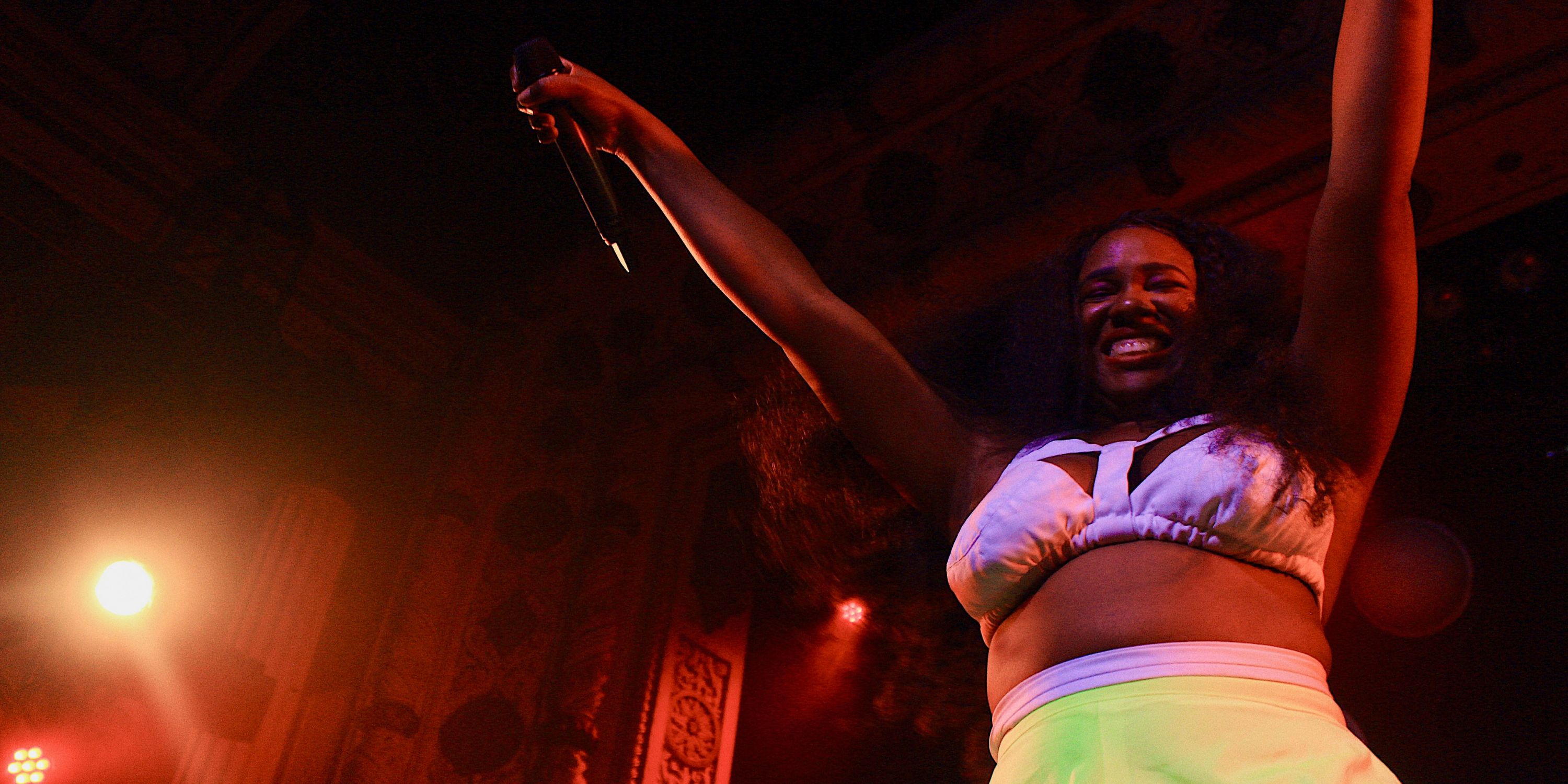 Last Friday night London singer Nao performed at the Metro. Chicago’s own R&B and pop artist Jean Deaux set the vibe with her low key house beats and sultry voice. Awaiting Nao’s performance, the crowd shifted their weight from one leg to another and impatiently stirred the straws in their drinks.

SZA’s Control played over the speakers as the sound and lighting techs perfected the stage. Even as the crowd hummed and sang along to the words, an air of impatience arose from everyone. We wanted Nao now, and she was running behind. Yet no one was truly annoyed, just eager to be captivated by Nao’s otherworldly songs. She had traveled all the way from London, and we were ready to give her our full attention to make her trip worthwhile.

Then a cheer erupted through the crowd, yet the stage was empty. The stage’s backdrop read “N A O” — I stood on my tiptoes to look around the people in front of me — she was nowhere to be seen on stage. Suddenly, starting from the back of the house and traveling the front, energetic screams bounced off the walls.

Everyone began to turn away from the stage. There she stood, in the crowd at the back of the venue, singing my favorite song of hers, “Another Lifetime.” Nao’s shirt reminded me of two white seashells, with bright yellow parachute pants. That night, Nao transcended the crowd not just into another lifetime, but another dimension.

Growing up in East London, Nao was the youngest of five children. Early on, she picked up playing the piano. It was in her teenage years that she began to focus on singing. Nao attended Guildhall School of Music and Drama to study vocal jazz which can be heard through her unique and expansive range. Before becoming a solo artist, she sang backup for musicians like Kwabs and Jarvis Cocker.

When Nao decided she wanted to make music herself, she decided to do it her own way, creating her own label, Little Tokyo. In 2016, her first album For All We Know was  released and in the top 20 on the charts. She was nominated Best Female Artist at the Brit Awards that same year.

Nao’s music is a bittersweet refreshment to all ears, her lyrics are full of love and love lost. She has created her own genre of wonky funk, and doesn’t let the rules of a specific genre constrain her. Her music is a stem of neo-soul, a genre defined by BET to be a combination of African music, R&B, soul hip-hop, funk, jazz and pop.

Pitchfork calls her voice glassy — smooth as a porcelain doll but as powerful as her main vocal inspiration, Aretha Franklin. Her voice transcends reality and listeners can feel as if they know her as a friend but also imagine a beautiful deity. As she danced and flowed around the stage on Friday night, it took mere seconds for the night to feel timeless.

In 2018, NAO released her second album, Saturn. Although both of her albums explore love and self-assurance, her second album Saturn chronologically and lyrically feels more mature. For All We Know is Nao coping with pain. Saturn is Nao healing.

Saturn, the name of the album, according to astrology, marks the time of our 20s when we are growing — into ourselves and away from anything that does not serve us. As Nao moves on from a love she no longer has to love and acceptance of the universe, Saturn appears to be representative of her stage in life, making her album a time capsule for her emotions.

One of her most popular tracks off of her first album, “Bad Blood,” discusses a relationship ending without necessary closure.

“Just becomes this bad blood, because you’re not together. You haven’t healed whatever it was,” she told Genius, talking about her song off of For All We Know, and what it is like to immaturely end a relationship. Whereas “Orbit,” a track off of Saturn, focuses on letting go and moving on.

“I don’t need you need you. If I lose you, I lose you. He released me into orbit. Still I found a way to navigate to you,” she sings. 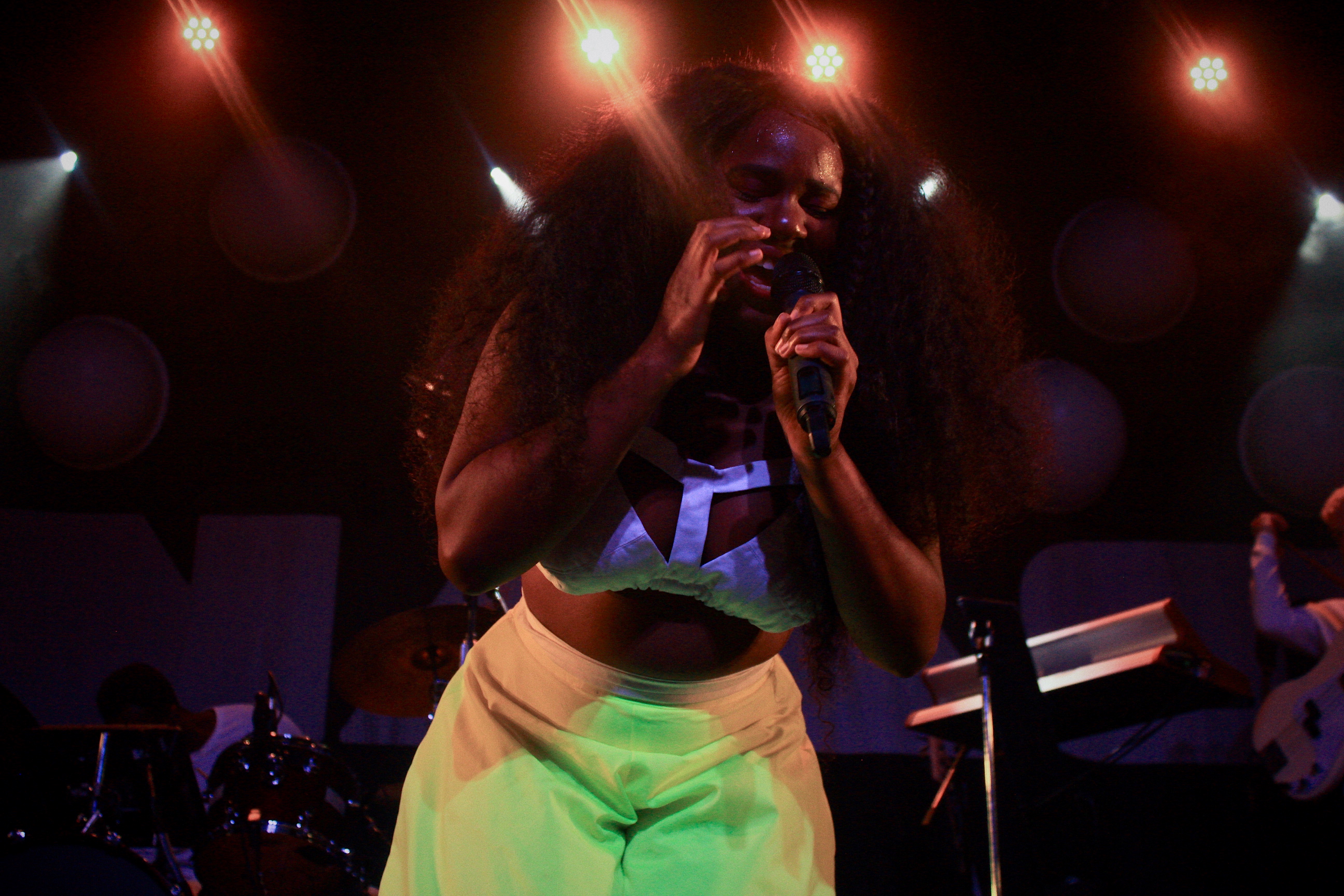 Back on stage, Nao said that in London there is not a lot of space for black and brown artists, whereas in Chicago she always has felt a warm welcome. In the Metro’s concert hall fit for one thousand, the crowd filled the air with loud applause as if Chicago were her home and they were welcoming her back. She has always felt accepted here, Nao said.

“Drive and Disconnect” may be the most earthly songs off of Saturn, and easily the most relatable. Nao sings a tale of driving with someone she loves, disconnecting from the reality in front of her and instead, getting lost in the music. Literally and emotionally driving away from the pain, and into the relief that music can give us.

Her second track, “Make It Out Alive,” sums up her album second album. Living in Saturn, everything in her life while writing this album was in flux, “relationships, work-life, home situation, everything,” she told Genius. At the time her life was as fluid as the milky way galaxy. Her new album is about the lingering feelings after the ending of a relationship.

On the cover of Saturn, Nao holds white balloons above her head. On Friday, she walked off stage to return with the same balloons in her hands. Slowly, one by one, she handed each balloon to different audience members. In an interview with Forbes, Nao said balloons are now symbolic for her. “I wanted a way to represent Saturn looming over me, but in a way that wasn’t so sci-fi, not literally having the planet there. They float above you, like Saturn always following me around.”

Like a balloon into the sky, we certainly floated away with you Nao. 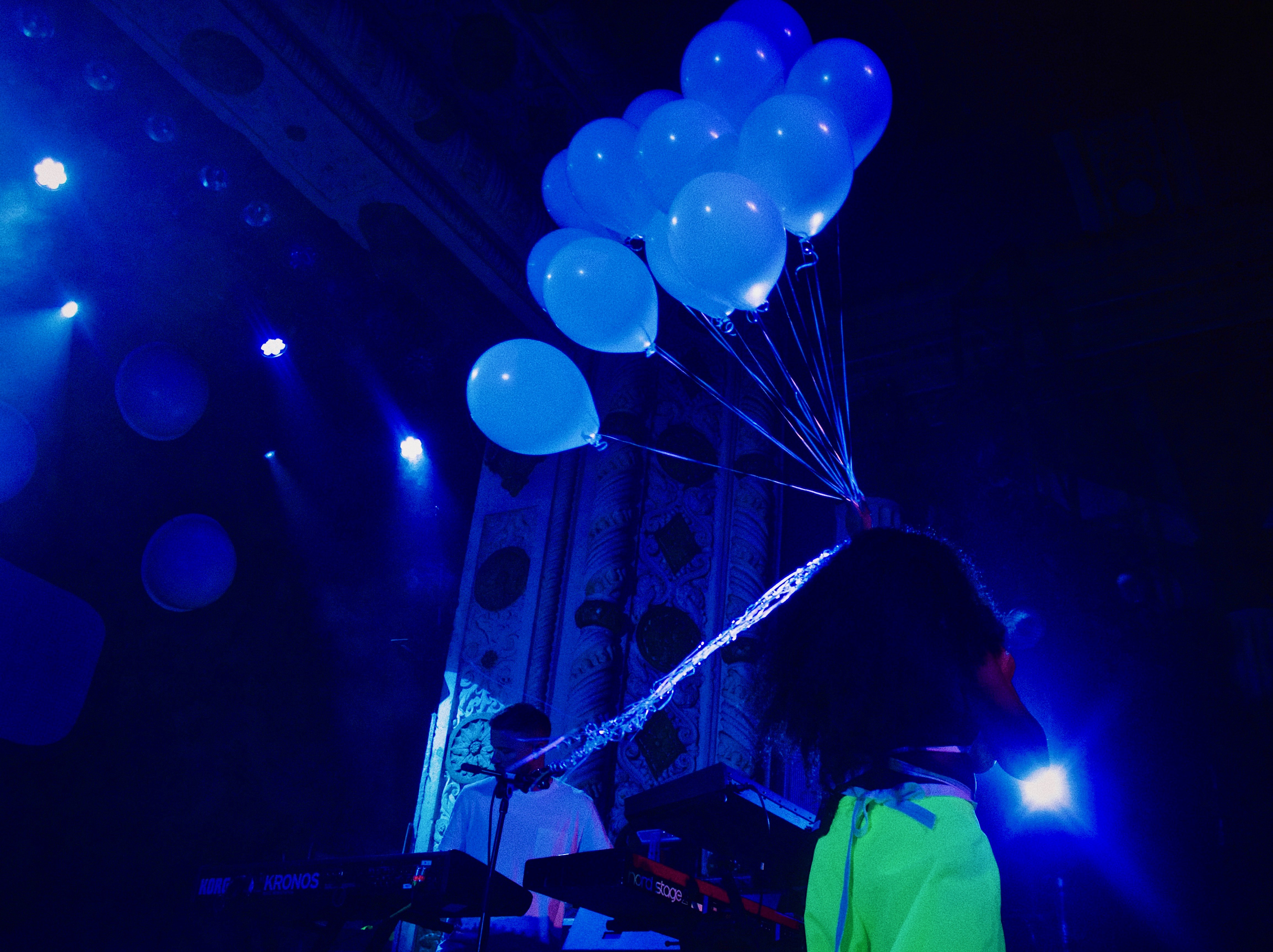