Run Forrest Run Brings Back the ’90s With an...

A Tale of Two Ballparks: The J.. 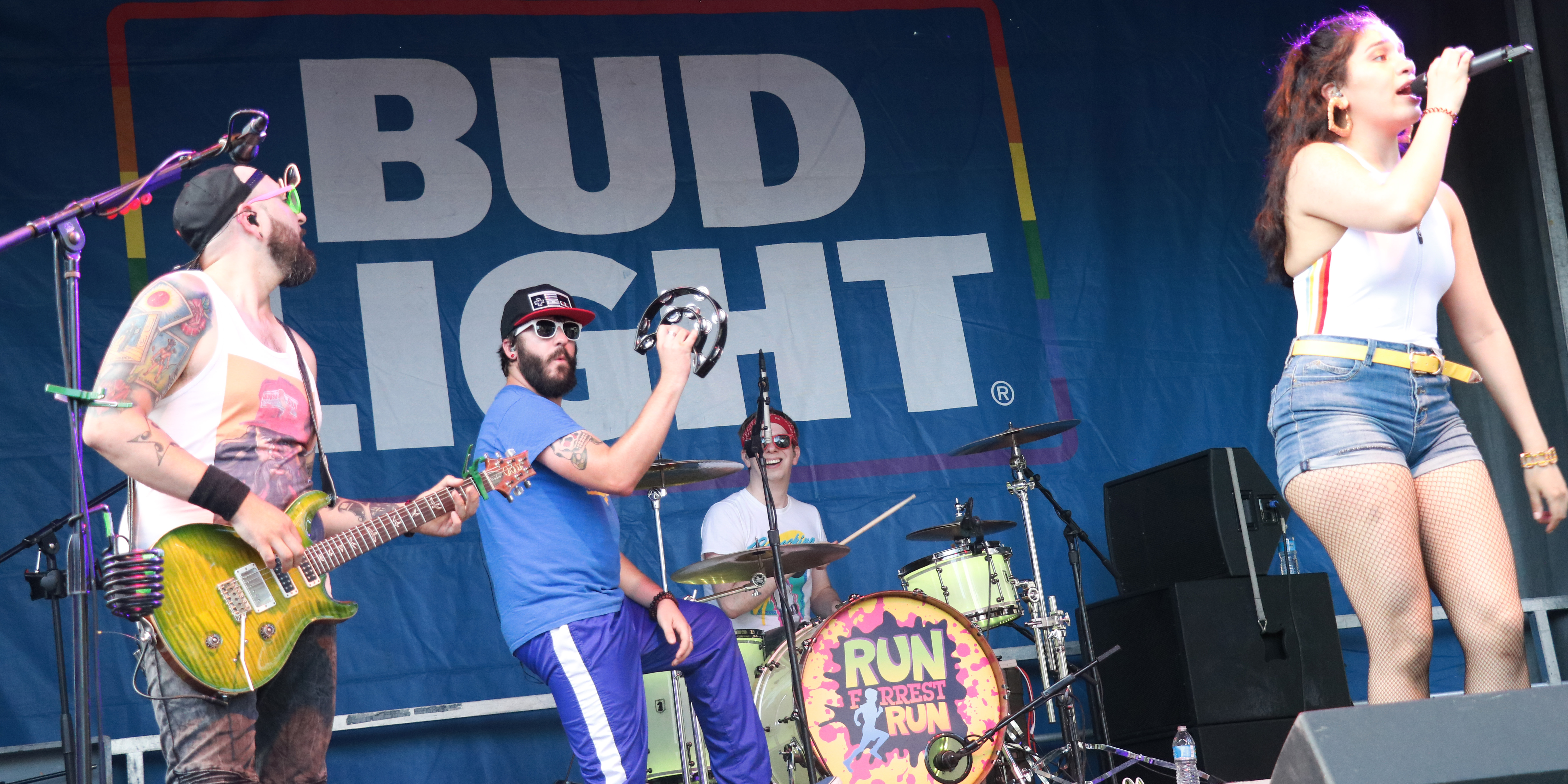 At the Belmont-Sheffield Music Festival on May 25, Run Forrest Run performed to a large crowd. People sang and danced while reminiscing to songs from the 90s.

The festival is known as the first unofficial summer music festival in Chicago, and it was a sunny, balmy day. People packed the stage area as nothing but high energy and liveliness filled the stage when members of the Chicago-based cover band performed.

The band performs 90s songs, and has played at various venues. Over time, Run Forrest Run has evolved and diversified its audience.

Smith is also in charge of managing the social media, marketing and promotions for the band. 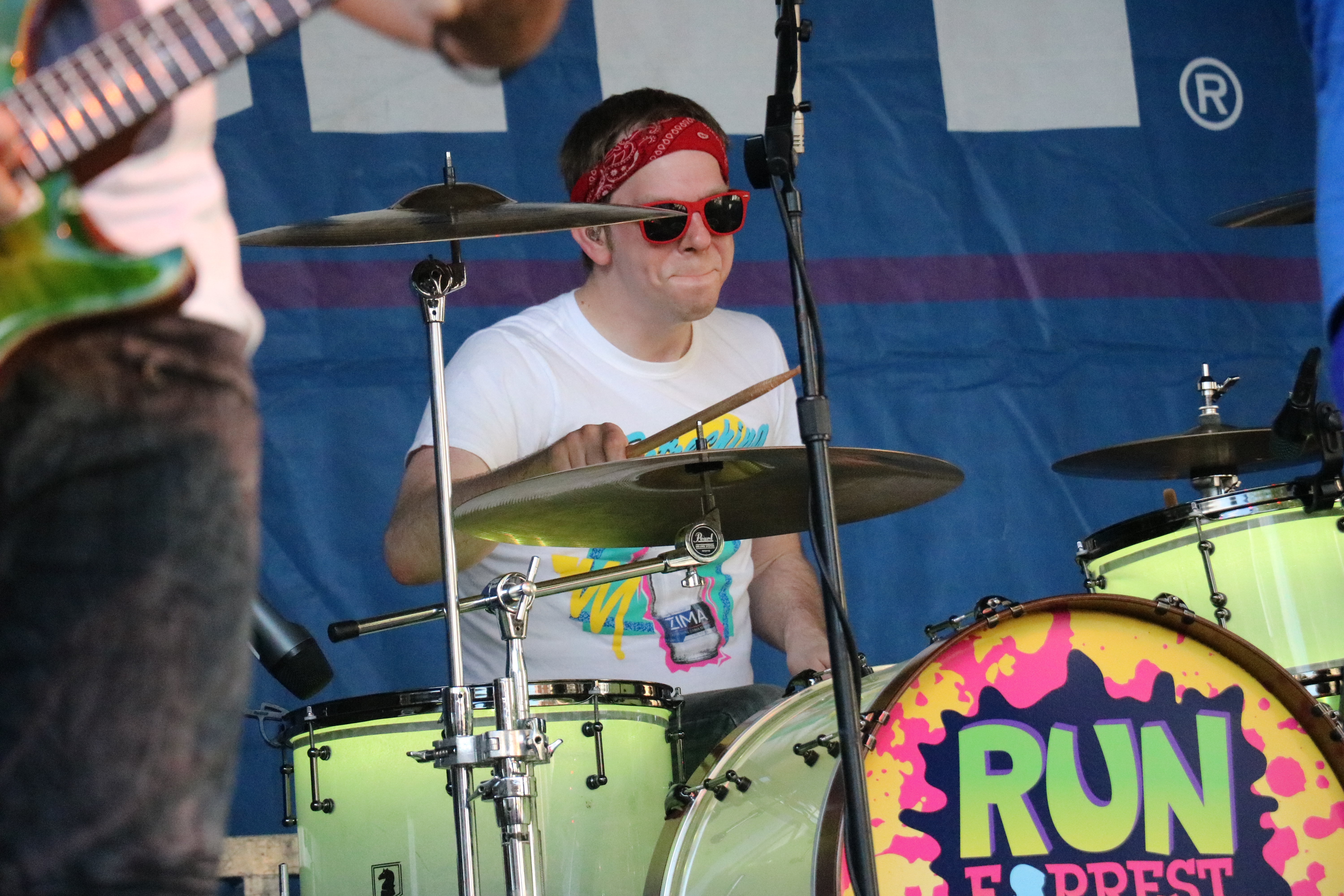 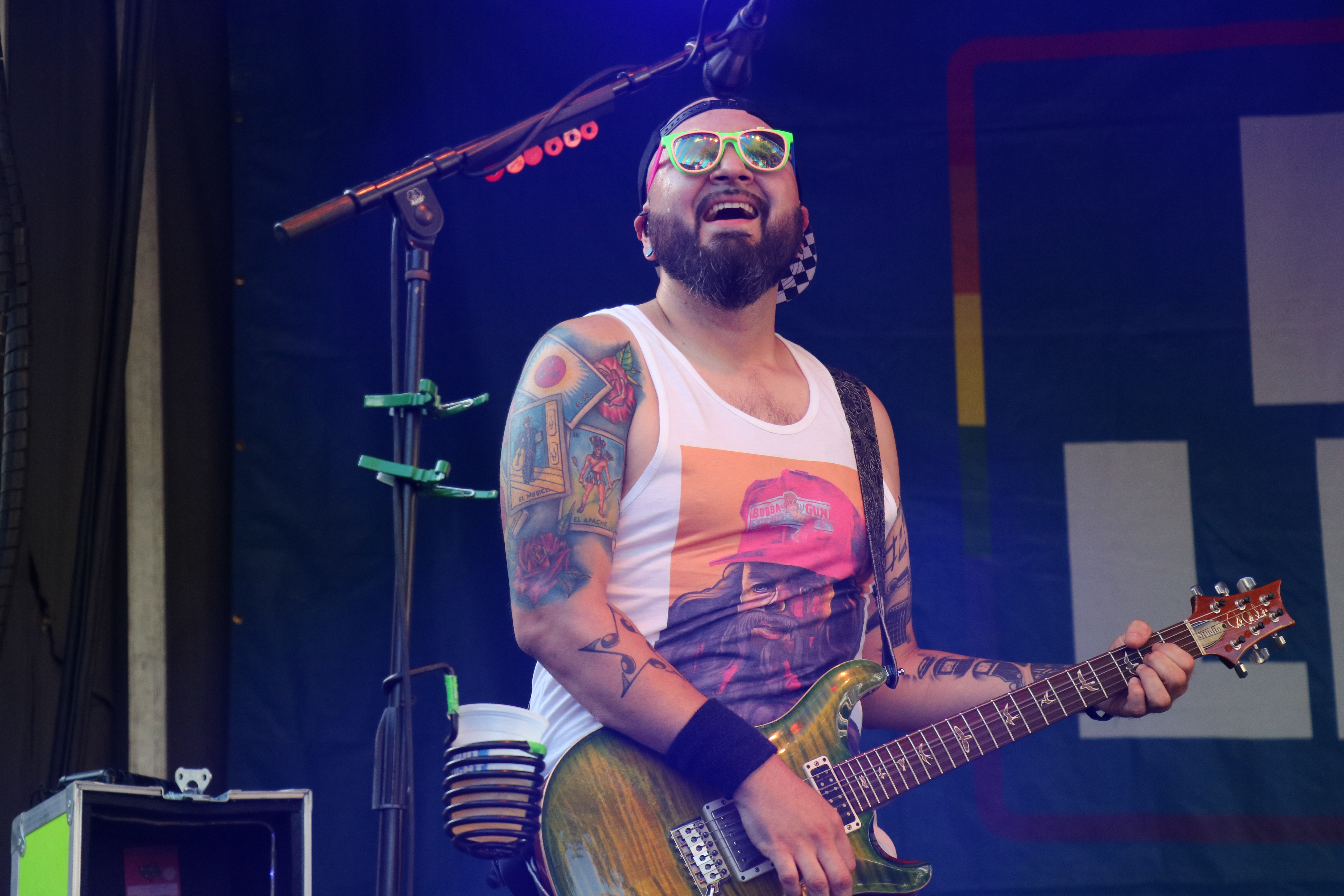 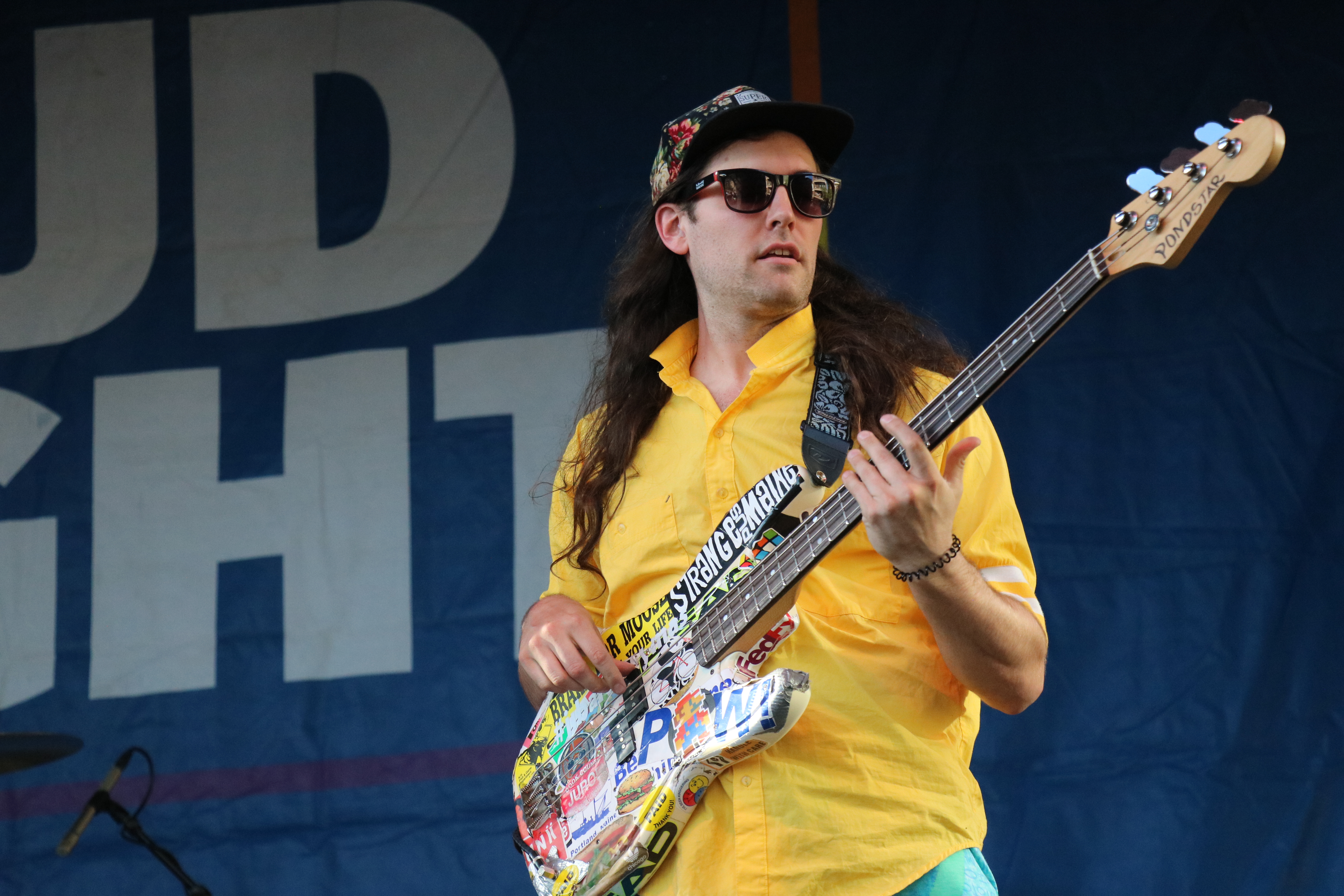 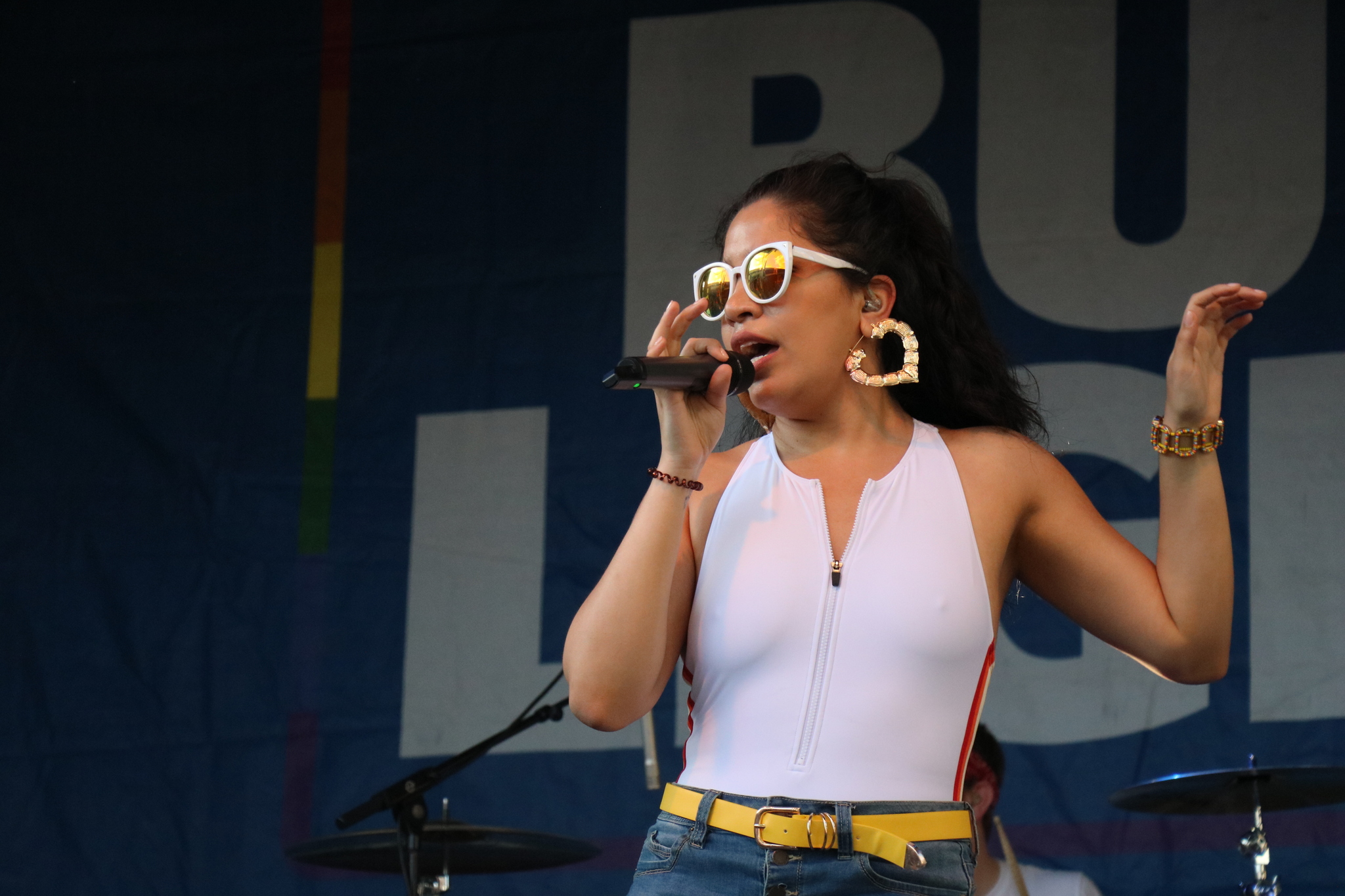 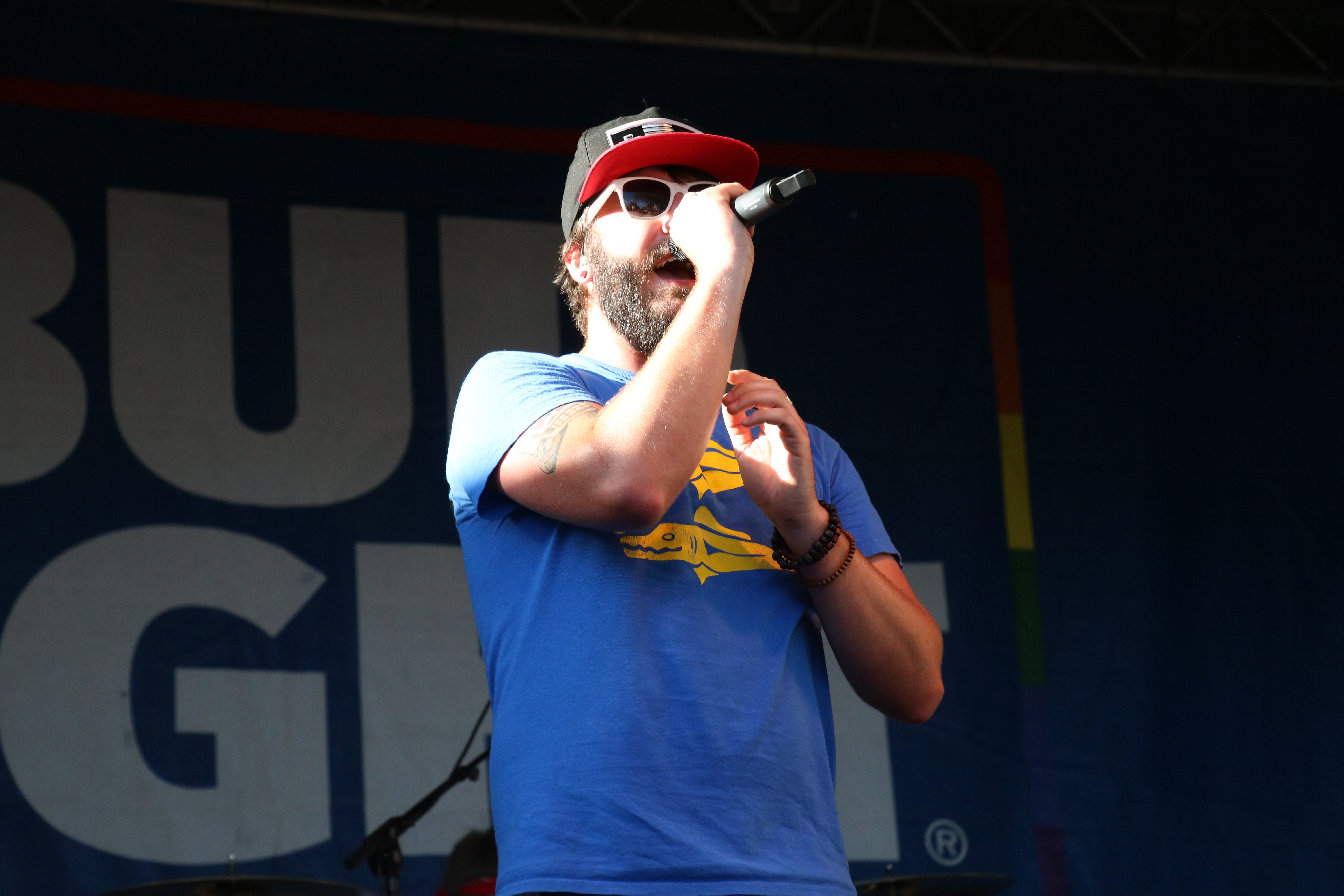 Run Forrest Run recently accepted Pondstar into the band, and he is excited to join.  Pondstar performed in three audition gigs with Run Forrest Run before officially becoming a member.

“When they called me a few days later they wanted me to come in, and I was excited,” Pondstar said.

Pondstar started playing bass when he was 16. He knew playing bass guitar was something he wanted to do as a career since he was young.

“I just remember knowing that I wanted to master this instrument. If you read Malcolm Gladwell’s book ​The Tipping Point​, he says to master something you have to do it for 10,000 hours, and I set up that goal, and I have been playing for 14 years,” Pondstar said.

When Nascimento first joined the band she noticed how the audience was mainly white males in their late 20s and early 30s. Now she sees more diversity with the audience that is represented.

“I am very proud of this because I wanted to make this focus on this band on inclusivity. We started doing more genres, and putting more female music, R&B, and Latin-inspired genres so our audience is appreciative of this,” Nascimento said. “It is nice for young girls to see somebody [like me] in a band like this.”

Some songs in the band’s eclectic 90s setlist include”Smooth” by Carlos Santana,  “Jump Around” by House of Pain and “Jump” by Kriss Kross.

The band started out as a circle of friends stemming from social media, Craigslist band ads and mutual friends.

One challenge Rodriguez mentioned is trying to stay in good musical form and to produce consistency.

“It is a challenge, but it is a rewarding challenge that when you do it, you do it right and it just keeps on giving. So you make that your next challenge,” Rodriguez said.

In terms of the venues, Run Forrest Run has performed in various settings, such as weddings, bars and festivals.

“Two of the most notable places for me (where we performed) was House of Blues — it was amazing to play at — and Joe’s Live in Rosemont,” Smith said.

Run Forrest Run performs three to four shows a week during the summer, and that leaves them with one day out of the week to rehearse.

“We play so much that we don’t have to do a lot of rehearsing. We do rehearse a lot when we are learning new stuff,” Long said.

During winter, Run Forrest Run adds more songs, and replaces about six or seven songs in their setlist. This gives them more variety and opens up their songbook for more options.

If the band has to spend some time apart for a week or two, they still spend time practicing. The practices consist of being silent and listening to themselves. “We are direct input, and we tend to use our receivers, and rehearse everything in silence so we can hear everything with open ears,” Nascimento said.

Ironically, when people request songs at performances, most of those songs are not from the 90s. Some 90s songs that are most often requested  are “Semi-Charmed Life” by Third Eye Blind and “Whatsup” by 4 Non Blondes.

At the Belmont-Sheffield Music Festival, the audience went crazy when the last song of the performance was “Semi-Charmed Life.”

The band members have a variety of influences who have shaped their lives as musicians.

“For me, AC/DC is what I grew up with as far as guitar playing goes. For singing, a little bit of Green Day, Adam Levine, and I do have a big musical theater background,” Long said. “I did musical theater in high school and college, so I have a general technical training with that.”

For Smith, he tries to keep his musical tastes well rounded and diverse.

“Even playing in a band that is just 90s we try to hit up every kind of genre — rock, pop, R&B, and even just country — so we try to keep ourselves around it. I personally listen to a wide variety,” Smith said.

The biggest accomplishments Run Forrest Run have given Rodriguez are how the band keeps him busy and the variety of different venues where they have performed.

“We keep playing at these awesome places and venues, and that to me is really what it is. The biggest thing to me is House of Blues, venues like that, and traveling far for a wedding,” Rodriguez said. “ That is an accomplishment, I feel, I take it seriously and provide what I need so I feel good about that.”

The audience of Run Forrest Run engages with the band in a variety of settings. Smith thinks that it is great how everyone can be engaged with the music, when it comes to the different occasions.

“Sometimes we are the background at a corporate event, so we are background noise, not meant to be paid attention to. There are situations where we are in a tiny bar with a few people or an outside festival with crowds. Our audience ranges from 20 to about 3,000 people throughout the course of the year,” Nascimento said.

Since the Belmont-Sheffield performance was a music festival, crowds filled the street. Run Forrest Run also performed at a food truck festival at Lincoln Park Zoo in April. This time, the band served more as the background to the main event.

The band members have various tips for people wanting to start their own band.

“You have to treat this like a business. This is hard for a lot of musicians because people are focused on playing, and they don’t know other aspects.” Smith said.

For Pondstar, he believes that keeping and maintaining friendships is one goal to have. “My main thing is to make lifelong friends. I don’t want to play music with people I don’t like. I did a couple of road gigs with them in Michigan and Iowa so I got to spend a lot of time with them, and I knew I liked these people,” Pondstar said.

Similarly, Long agrees what drives him to perform in this band is the friendships and group relationship as a band.

“Forming friendships and relationships is much more important because [not having that] will ultimately cause members to leave and conflicts. So the biggest thing with the bands I formed is to make sure it is your friends, or someone that you know you can become a friend with,” Long said.