5 Issues That Matter in Chicag..

The Trials of Living off Campu.. 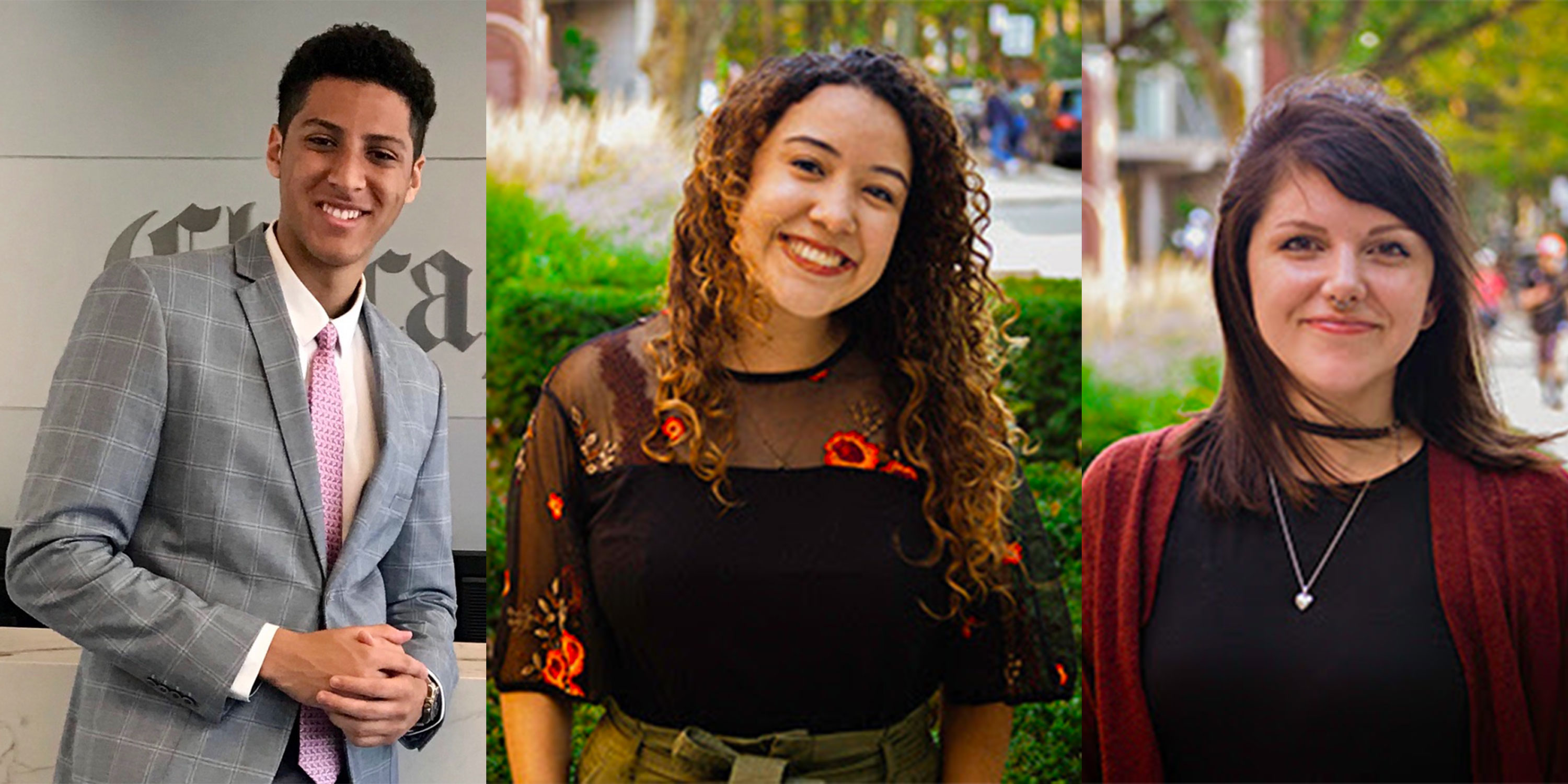 As the school year kicks back into gear, the students involved in the Student Government Association are excited to get started on their initiatives and to serve the student body. 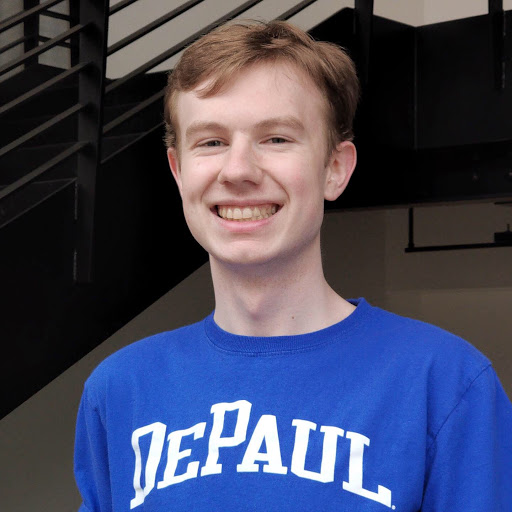 Wesley Janicki was a residence hall senator his first year at DePaul and wanted to continue working for the student body.

“SGA covers more things and they have more of a presence and influence than other organizations I was previously involved with,” he said. “I wanted to make more change and do things that can actually help students and impact students.”

“I really want to increase SGA’s presence on campus. I feel like a lot of times people don’t know that SGA exists,” he added. “I want us to be more proactive versus reactive whereas we don’t wait for something to happen but instead are the ones setting the pace.”

Janicki wants to work to make sure that the voices of the students are heard.

“We’re advocates for the student body, so I want to be able to go and speak with students and invite them to our events like general body [meetings] so I can get the voice of students out there. Every committee SGA has is open to the students and I don’t think students know that. That’s something we should push more, and I think a free speech committee is something that I would like to see be formed in the future.” 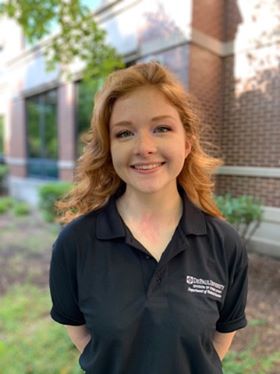 A political science major, Margot Downey heard about SGA and chose to get involved in her freshman year and has continued with it.

“Each organization has a purpose, but most are pulling the same kinds of people. SGA is nice because they’re looking for people to fill different aspects and so because of that you get a variety of thought and it’s super cool to be involved in the university in a different way,” said Downey.

“SGA has a super high turnover and wants to continue by creating a sustainable method of growth,” she mentioned. “I think it’s easy for each new board to feel a little bit behind and so I want to focus on creating processes that allow it to continue to grow even as people are turning over at such a high rate.”

With the new student convocation being implemented for the first time this year, Downey hopes that SGA can get their name out to students right from the start.

“I’m hoping that the new student convocation will help to build school spirit in the upcoming classes. Student government will be present there and we didn’t have that coming in previously and I’m hoping that as we build that throughout the university it will build interest in people. I think once you have more school spirit people are more likely to want to be involved.”

“We are a place where students can just be heard,” she concluded. 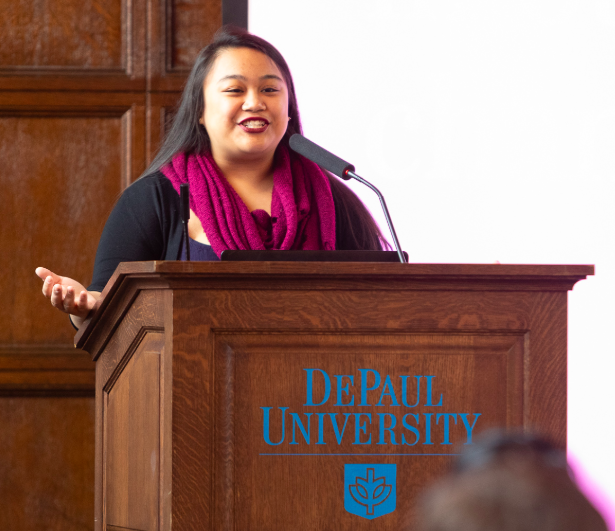 From her first day on campus, Alyssa Isberto wanted to find a way to get involved in the university.

“I like being able to represent students and bring up student issues to people who can make a change,” said Isberto.

Throughout her time in SGA, Isberto has been working on trying to obtain a discount for college students on the Metra. Although it’s been difficult, she hopes to get it accomplished. Along with this, she has other goals she wants to accomplish right here on campus.

“Something I want to bring up a rent a bed service,” Isberto added. “Commuter students are studying late so I want them to have a way to not have to travel back. I’ve spoken to housing services, who are more than open to the idea, so I want to explore that more.”

Moving forward, she hopes to encourage students to be civically engaged and work on ways to get them in contact with their alderman. 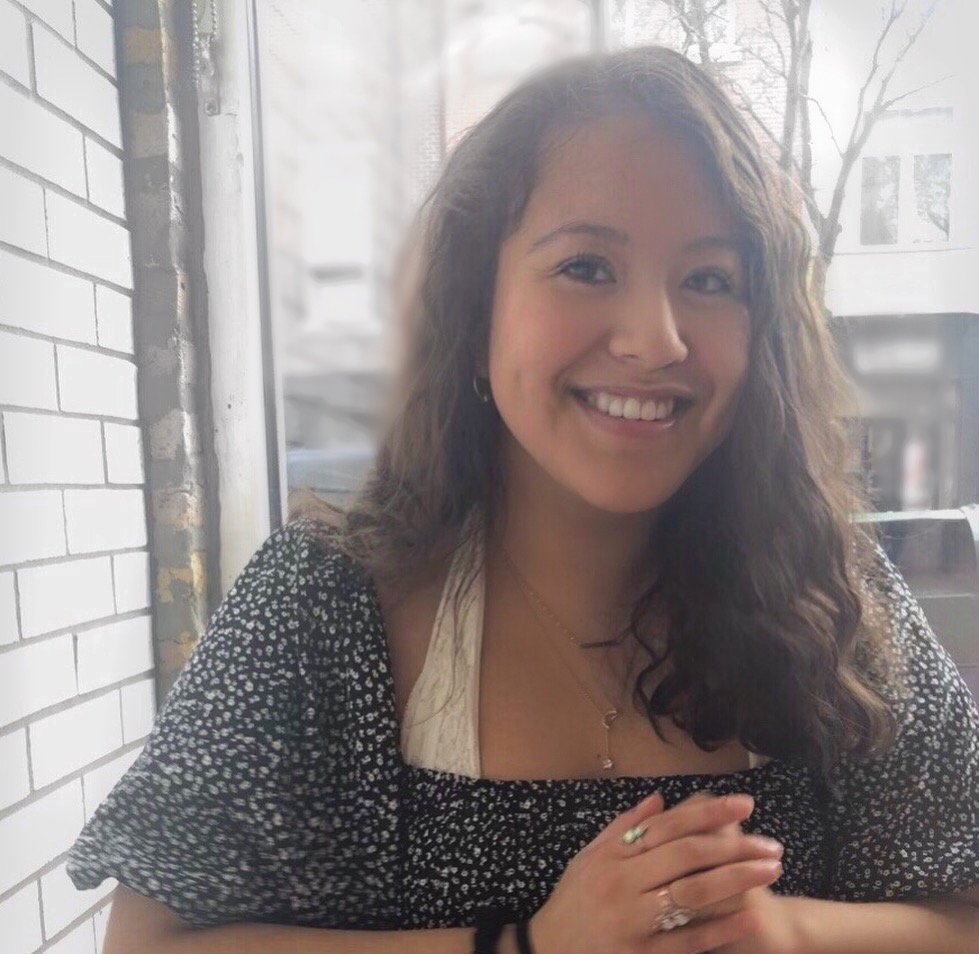 Arantxa Reyes has been involved in other student organizations on campus, but this is her first year working with SGA.

“I realized that SGA plays a big role in leveraging student voices and taking initiative on matters that are important to students, and I wanted to be a part of that,” she said.

“I want to allow students to become not only aware of SGA’s presence on campus, but also allow students to recognize SGA as a platform that is an advocate for student voices and allows everyone to know that they can contribute to our community here at DePaul,” she added. 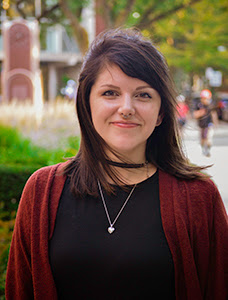 As an environmental studies major, Kaitlyn Pike was doing research on what DePaul was doing in terms of sustainability when she came across SGA.

“After digging around a bit, I found out that we were doing a lot more than I even realized — for example, several years ago SGA was directly involved in introducing an initiative that funds $250,000 annually towards sustainable improvements on campus,” she stated. “At that time, as an environmental studies student with a concentration in sustainability, this was exactly the kind of thing I wanted to be a part of on campus, so joining SGA made sense.”

Pike is looking forward to continuing to be the facilitator for DePaul students who are interested in making positive change on campus.

“This year, I plan to continue working with students, faculty and staff in order to increase awareness, efficiency, and support of sustainable initiatives on campus, as well as the adoption of a Strategic Sustainability Plan that would not only increase transparency, but set clear goals that would ensure continued progress as a Vincentian institution of higher learning,” she said. 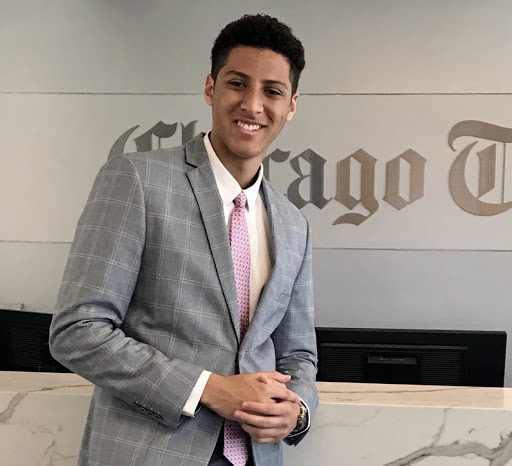 Landon Campbell began his SGA career by first being a senator for the College of Communication.

“[Being a senator] was my first experience with SGA,” he said. “I really appreciated the culture of the organization where you have so many different members from so many different backgrounds coming together with the same motivation and drive to really help make DePaul University a better place for students.”

“Numbers and data can be really helpful when trying to gauge where we need to be at with students,” Campbell added. “We’re developing a committee in partnership with IRMA, an office at DePaul that handles data and analytics based on [student] surveys. We had wonderful engagement with surveys last year, so now we’re looking to form an actual committee. We want to get more students involved because we can always have our initiatives and feel like we want to do certain things, but in addition we want to focus on what students what.”

backgrounds that gives so much insight. We all have the same goal of continuing to make DePaul a better place.” 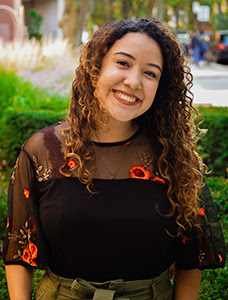 An active member of SGA in the past, Gisselle Cervantes wants to continue working to do more outreach and have more communication with students on campus.

“As an advocate for the student body, I want to be able to go to students and listen to what they have to say,” she said. “They shouldn’t have to come to us. As representatives, we should be focused on reaching out.”

“[One focus is] trying to get free menstrual products on campus,” Cervantes said. “It’s incredibly important that we acknowledge that yes, it’s a big problem just in general, but if we at DePaul are staying true to our Vincentian mission, then we need to honor the dignity of people on campus who are in need of these products who may not always have the resources to go buy them or if they don’t have them on hand, that shouldn’t be a reason for them to miss class.”

A big focus for Cervantes is transparency and making SGA known to students. She explained that if they aren’t present on campus, they can’t hear the student voice, which leads to not being able to adequately serve the student body.

“I think that every student should know about their student government before they graduate from DePaul and they should know that we’re here as a resource when they have concerns,” she said. “I think increasing our social media presence is really important. Opening that up is important to advertising that we have great staff and members here to help you.”

“We’re here for you and as you go through your DePaul career if there’s a concern that you have, you can come to us.”