The History and Effects of Mental Health Trauma in... 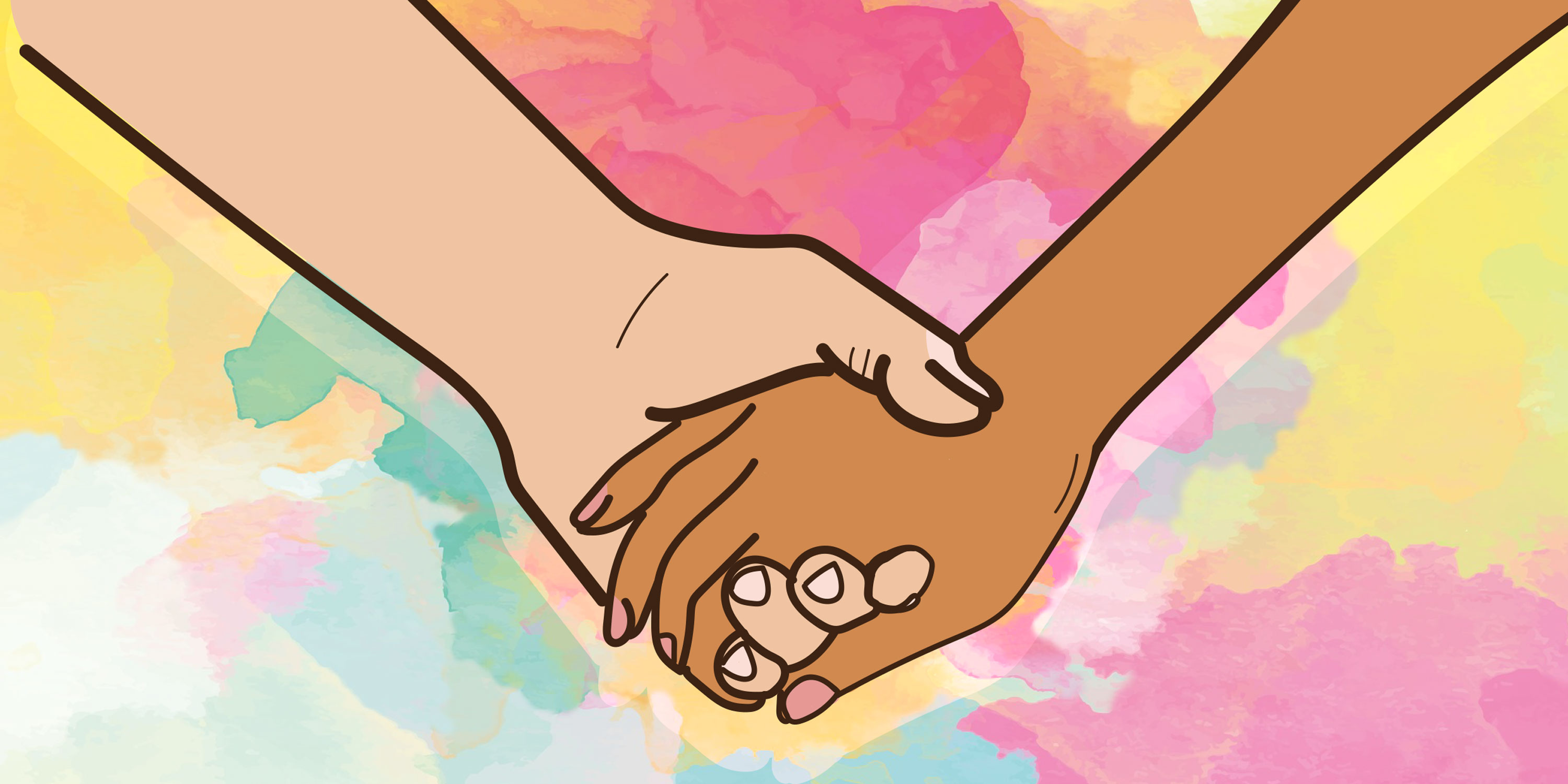 Hispanic Heritage Month marks a time to recognize the contributions that Hispanic culture has brought to society. Since Hispanic people have faced oppression and trauma, it affects their mental health and well being. Thus, I spoke with various professionals who have experience working in the field of mental health and trauma in the Hispanic community.

Peace, justice, and conflict studies professor Tomas Ramirez of DePaul University has various experiences working with organizations as a restorative justice practitioner, including Semillas y Raices, a nonprofit which works in restorative justice.

The historical background of mental health trauma began with the European colonization.

“It was very hierarchy based, specifically for Hispanics who had darker skin color. Slavery was unique in the US, and Indigenous people were enslaved,” Ramirez said.

Another aspect that adds to this trauma are the labels to identify Hispanic identities. As a result of colonization, populations in the “New World” were introduced to a new ethnic background of both Spanish and Indigenous blood.

“[These new identities] were not empowering, and that is another layer of trauma. It is one of the bases of Hispanics and Latinos because you are labeling people who [do not identify as] either,” Ramirez said.

Loyola University hosted a symposium on October 2 called “Culturally Responsive & Trauma- Informed Services for Hispanic and Latino Populations” with the ultimate goal of providing a history on how the Hispanic community started facing oppression, and its effects on the community.

The symposium also provided solutions for addressing the trauma that Hispanic people  continue to face.

The symposium was held at Kasbeer Hall in the Corboy Law Center. Various speakers provided their perspective, experience and knowledge on dealing with mental health trauma.

Virginia Quiñonez, the senior director of educational effectiveness for the Chicago School of Professional Psychology, spoke at the symposium. Quiñonez realizes the current experience is attached to this history of the country.

“The role of colonization and diversification are important aspects to consider for the historical trauma that Hispanics face and continues to this day,” Quiñonez said.

Four major groups that Quiñonez mentioned that are in the Hispanic community included Mexicans, Puerto Ricans, Cubans and Dominicans.

“We have many diverse groups. We represent many nations in the world, and although we have similar histories we have some major differences,” Quiñonez said.

Many countries with Hispanic populations went through their own independence movements and wars, which results in another layer of trauma, according to Ramirez.

In recent years, the Hispanic community has experienced mental health trauma with the issues of immigration.

“Then you have this phenomena that covers the entire continent. The border crossing in the southern states is another layer of identity,” Ramirez said.

According to Velazquez, children have to worry about with the fear of immigration.

“Children are worried that [their parents] might not be at home when they come back from school and the youth are more conspicuous with that. They do not know what is going to happen on a daily basis. They might not see their parents or children,” Velazquez said.

Quiñonez noted that over the past few years there have been drastic changes in legislation on immigration laws.

“There has been an increase in racism through the policies that affects Latinx communities. These new legislations and policies are meant for people who fit a certain phenotype, and how certain groups do not want immigrants,” Quiñonez said.

At the Telpochcalli Community Education Project, Velazquez said that one of the things they do to help combat this trauma is to inform the families on knowing their rights.

“When families are informed, they are still scared but they feel more prepared to address whatever comes. One of the things we are doing is making sure they know their rights, and have the proper documents they need just in case somebody knocks on their door,” Velazquez said.

Ramirez mentions how seeing a therapist or social worker is a good idea. But, he also recommends getting people together and talking about what is affecting them.

“Practicing positive mental health does not mean just seeing the mental health professional, but it means being able to feel safe and accepted by their family members or families who have people who are different, and that is the important thing with growth,” Ramirez said.

After the election of President Donald Trump, many people in the Hispanic community are in fear, which builds yet another layer of trauma, according to Ramirez.

“All of those create trauma because we have to be really blind that there has been prejudice [against] black and brown people. All of these of course affect people’s mental health, and whenever you try to get any kind of support to address the mental health, there is a stigma that is created about that being a bad thing, and that the person is crazy,” Ramirez said.

Quiñonez agrees how these are hard times for these communities who live in fear.

“The mental health of Hispanic communities can lead to anxiety such as fear of deportation, fear of leaving home, restricted sense of safety, and fear of being detained and treated as criminals, and vulnerability,” Quiñonez said.

Despite these triggers that affect mental trauma, there are solutions to help relieve the mental stress. After school programs, family outings and creating safer neighborhoods are some of the things that Ramirez mentioned.

Velazquez mentions how the Telpochcalli Community Education Project has a variety of programs which offer trustful spaces to talk about whatever people want to that will help with the mental health of individuals.

“I feel that there is a certain level of support and it goes until a certain level where they need more support with a professional counselor. There is so much we can do as an organization, and that also helps. It is one of the ways where people find out where they are supported,” Velazquez said.

At the Telpochcalli Community Education Project you can find a variety of activities. Painting, art, sewing and cooking classes are provided in this organization.

Community engagement is one solution that Velazquez thinks is important in addressing the issue of mental health for Hispanic communities.

“Having programing where they have ownership and being involved and active, that helps with mental health. We are an organization that really helps people to have ownership and feel that they are doing something and they feel better,” Velazquez said.

Ramirez also agrees how the Hispanic community needs spaces that are safe where they are going to be free of harassment by police or ICE (Immigration and Customs Enforcement).

Quiñonez notes how these are hard times for the Hispanic communities who are living in fear for their lives.

“The mental health of Latinx communities can lead to anxiety such as fear of deportation for oneself, fear of leaving home, restricted sense of safety, fear of being detained and treated as criminals and vulnerability,” Quiñonez said.

Besides living in fear at home, many marginalized groups face distress in education as well.

“You see it in our families, it impacts most of us since some members have papers while others do not, and that feeling of distress is seen,” Quiñonez said.

According to Quiñonez, distress among children has risen since the 2016 presidential election going back to the threat of deportation, and facing panic, hopelessness and helplessness.

“We have seen a lot of people with how they transform their lives when they have gone through something. It is various components of having that loving space so it is a lot of components that make sure the person is being able to share their talents and expressing their needs,” Velazquez said.

Velazquez recommends Hispanic communities who are dealing with trauma and mental health related issues reach out to available support groups.

“Just be involved and ask questions and know if there are any support groups and resources with other organizations. Institutions need to be informed of the resources that are there but the community does not know about,” Velazquez said.

One setback which causes families to lack access to these resources revolves around income.

Ramirez suggests that being able to have courageous conversations where people have support, being positive towards others, and be emotionally expressed are some of the ways to help combat this issue.

“We all experience grief and anger and we need to make sure our emotional vocabulary does not become a negative stigma, and that starts by us… being able to acknowledge [each other] and to get help through supporting [each other],” Ramirez said.