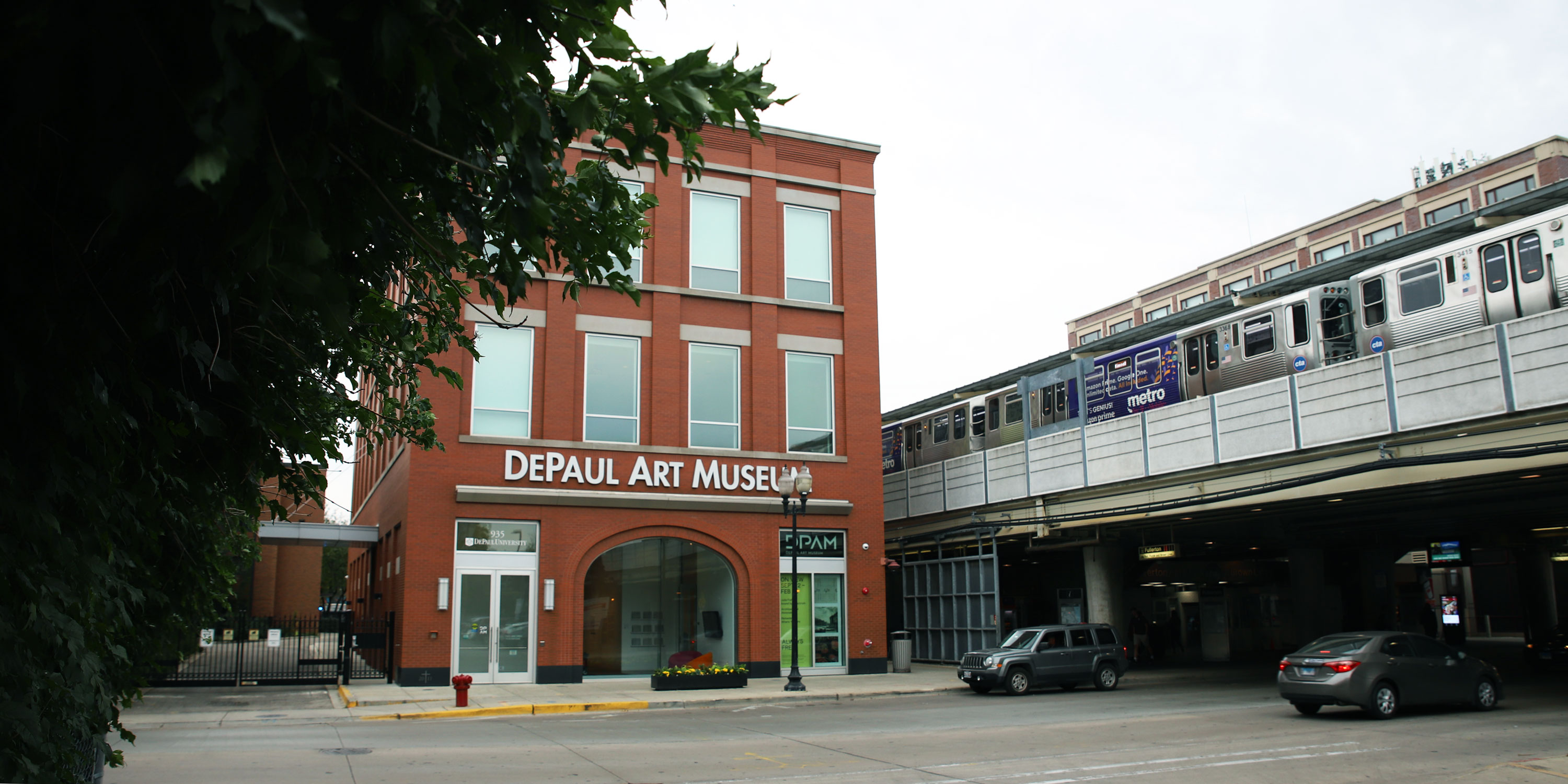 In September, The DePaul Art Museum (DPAM) introduced their Fall/Winter exhibits. DPAM, which seeks to give voice to unique experiences and perspectives, is now showcasing Bound by Spectrum, and Architectural Annotations by Chicago artist Julia Fish, as well as Remember Where You Are by various artists.

This exhibit showcases a decade of work by Chicago-based artist Julia Fish. Fish, an Oregon native, depicts light, structure and color in her array of architecture-inspired paintings.

Fish became interested in architecture during her time as a graduate student in Baltimore, where she lived on a street with uniform buildings in neat rows. After moving to Chicago in 1985, Fish became attentive to the contemporary and modern architecture in juxtaposition with the earlier, turn-of-the-century buildings.

Inspired by the floor plan of her home, Fish’s depictions of distinct spectrum systems represent the ways that color, line and shape, or direction indicate location — yet at times fade into one another. The painting “Threshold – Plans : Sleepwalker [spectrum stack, west to east when west is green],” which Fish created between 2018 and 2019, represents the way that available light fluctuates with the time of day and evokes the feeling of moving through darkness.

“I find inspiration in what are often atypical works by other artists.They surprise me,” Fish said. “Those pieces that stand out the most from an artist’s body of more familiar work encourage me to constantly shift and evolve my approach to my own work.”

Color is an essential element to the works within Bound by Spectrum. Fish uses color as a way to express light, heat, location and emotion. One can easily recognize a consistent, soft palette utilized throughout the exhibit.

Of all of the pieces in Bound by Spectrum, Fish describes “Threshold – Fragments : Matrix [ spectrum with grey ] and Plans [ spectrum : east to west ]” as the painting that encompasses the exhibit as a whole, due to the overlay of two color systems that can also be found in many of the other paintings. “Threshold – Fragments” was a piece that Fish completed and exhibited in the David Nolan Gallery in New York in 2015, and then revised in 2018 and 2019.

Bound by Spectrum can be seen on the first floor of DPAM until February 23, 2020.

An architectural annotation is a visual representation of a work of architecture presented with notes from the architect that offers context or other information to the drawing. To Fish, who curated this exhibit for DPAM, the annotations by an architect are similar to an annotated bibliography.

Fish reviewed the DePaul archives to select architectural drawings that she felt had a unique voice. Scans of contemporary music scores inspired by architecture are hung opposite from the annotated drawings, offering an unexpected dialogue and musical context.

“There’s an inner commentary voice from the architect that is inseparable from the visual,” Fish said. “In a sense, I found an ‘annotated bibliography’ in the collection, as well as in the score which was then extended in the scans and analytical diagrams of the musical scores.”

Fish selected work from architects Giovanni Piranesi and Douglas Garofalo. The works of Piranesi, a Neoclassical Italian artist who specialized in architectural etchings, are familiar to Fish as she visited and worked in Rome — a city that the architect highlights in the works displayed. Fish became familiar with former colleague Garofalo, a Chicago architect who founded the internationally recognized Garofalo Architects Inc.

Architectural Annotations can be found on the second floor of DPAM until February 23, 2020. 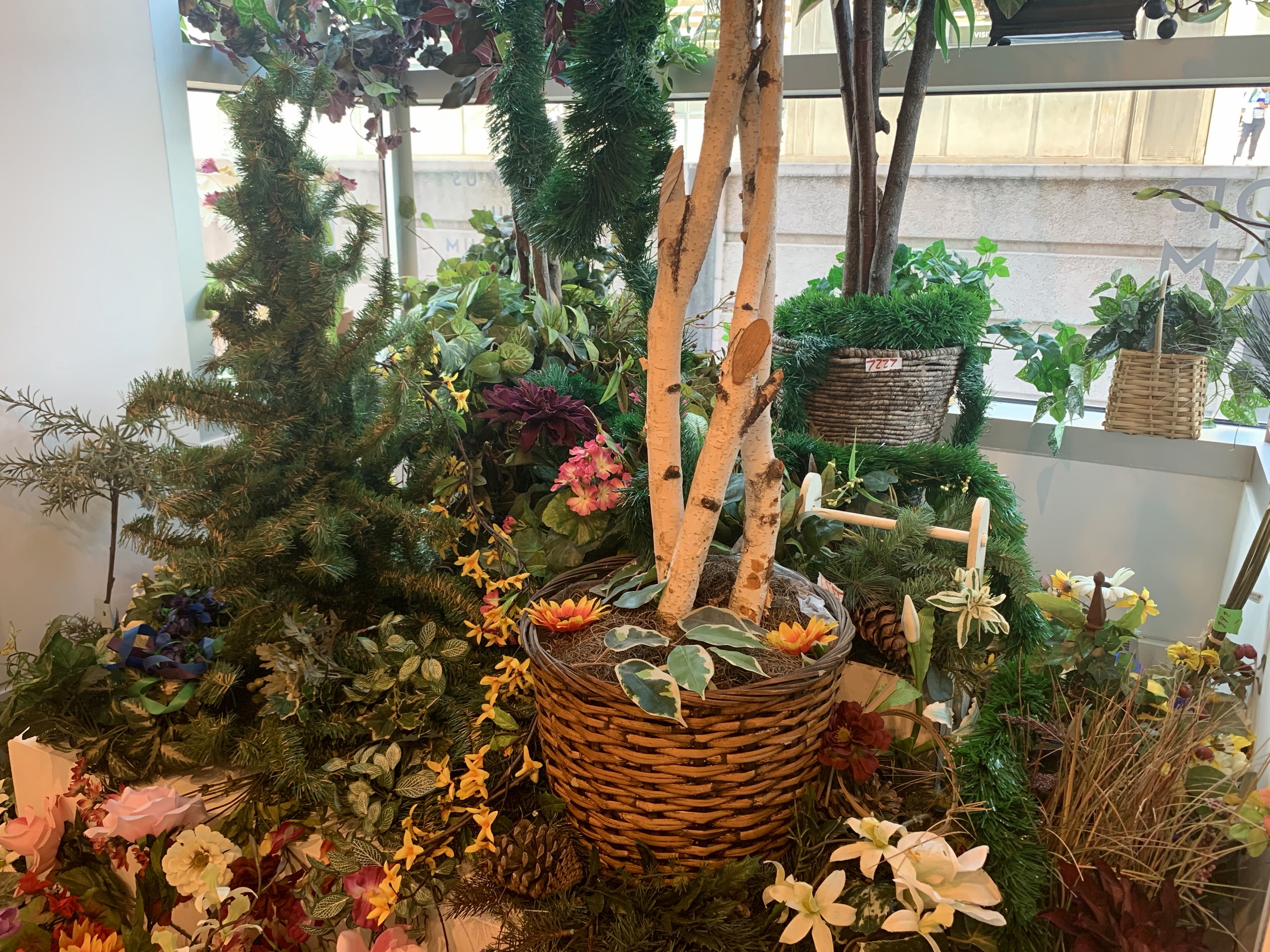 Remember Where You Are

This exhibit is designed to showcase the works of four Latinx-identified artists hailing from San Antonio and Chicago. Remember Where You Are showcases performances, textiles, furniture, sculptures, murals, and other visual works by the artists Jimmy James Canales, Jenelle Esparza, Melissa Leandro, and Emilio Rojas.

Emilio Rojas, a Mexican-born artist, explores the history of Christopher Columbus’s 1492 journey to Hispaniola, as well as the effects of colonialism on immigration and xenophobia, in his performance piece entitled “Go Back to Where You Came From,” and associated works.

“I’ve been told, ‘Go back to where you came from,’ in several ways since Trump took office,” said Rojas, who came to the United States in 2006. “I decided to let this inspire me.”

For his performance, which is captured in a 14-minute, 92-second video, Rojas traveled across the Atlantic Ocean, retracing Columbus’s original route. Over a span of two months and nine days — the exact duration of the conqueror’s trip to the Americas — Rojas filmed himself in major European cities balancing a replica of the Santa Maria, the name of one of Columbus’s vessels, on his head. Each time he filmed himself, Rojas donned a dark blue jumpsuit with the work’s title written on the back.

During his travels, Rojas met many African and Asian immigrants who have settled in Europe. Some of these people resonated with the title on Rojas’s jumpsuit and stopped to speak with him about his performance.

“This led me to realize that there is a clear distinction between racism in America and in Europe,” Rojas said. He attributes this to the different historical contexts. “In America, racism is much more in your face. Racists in America are much more violent, much more aggressive. I don’t feel safe in the United States.”

Despite these differences, Rojas did notice a heightened sense of xenophobia in Europe in light of Brexit and the increase in refugees.

Rojas, who is starting a residency program at Bard College in Annandale-on-Hudson, New York, described his voice in the Latinx community as a complex and multifaceted one. “I identify as Latinx, indigenous, queer… all the different things that make me who I am.” He went on to quote Chicana scholar Gloria Anzaldúa. “This is who I am, but I do not want these things to be my prison.”

Rojas’s work, along with the work of three other emerging Latinx artists, will be featured on the second floor of the DPAM until February 23, 2020.

These exhibits offer visitors three separate worlds to explore. In Bound by Spectrum, viewers are welcomed to explore the fluctuation of colors, structures, light and time, guided by the abstract paintings of Julia Fish. In Architectural Annotations, Fish, the curator, connects the hidden voices of annotated designs with the scores of classical music. Finally, Remember Where You Are invites museumgoers to experience the complex interpretations of living as a Latinx-identified individual in the United States. DPAM charges no admission for DePaul students and is open Wednesday through Sunday each week.