CIFF Review: Portrait of a Lady on Fire

CIFF Review: Portrait of a Lady on Fire

Writer and director Céline Sciamma created a masterpiece with her highly anticipated French historical drama Portrait of a Lady on Fire. The film had its Chicago premiere at the 55th Chicago International Film Festival, rounding out its festival run that earned it the Queer Palm and Best Screenplay at Cannes Film Festival and an impressive 98 percent rating on Rotten Tomatoes.

Set in the late eighteenth century on an isolated island in Brittany, France, Portrait of a Lady on Fire is gorgeous in setting and story. The picturesque setting is the backdrop of the budding romance of Marianna (Noémie Merlant) and Héloïse (Adèle Haenel). The two meet out of strange circumstances: Héloïse’s mother invites Marianna to stay with them to paint a portrait of Héloïse for a suitor in Milan. Héloïse can’t know she’s being painted, though. She’s been resistant to the situation in the past, so Marianne must be her walking companion and paint her in secret. The two end up spending large amounts of time together and find an unexpected connection with each other.

Portrait has gained attention on Twitter especially among lesbian and bisexual women for its portrayal of love between two women that does not cater to the male gaze. The director and one of the lead actresses are lesbians, so they’re portraying relationships like those they have offscreen, adding a layer of authenticity to the lesbian love story.

Even outside of Marianna and Héloïse’s relationship, most conversations in the film occur between women. There are no men in the primary cast and when they do appear, they are essentially extras. The film passes the Bechdel-Wallace Test with flying colors — not only are most meaningful line exchanges between women, but the male characters barely speak at all. With the incredibly long list of films that don’t pass the test in the first place, Portrait is remarkable in its creation of space for women on-screen, both visually and in dialogue. The camera looks at all of the female characters with awe and respect, mirroring the way Marianna and Héloïse gaze at each other. When combined with breathtaking views of the coast and countryside, the film is visually and emotionally stunning. 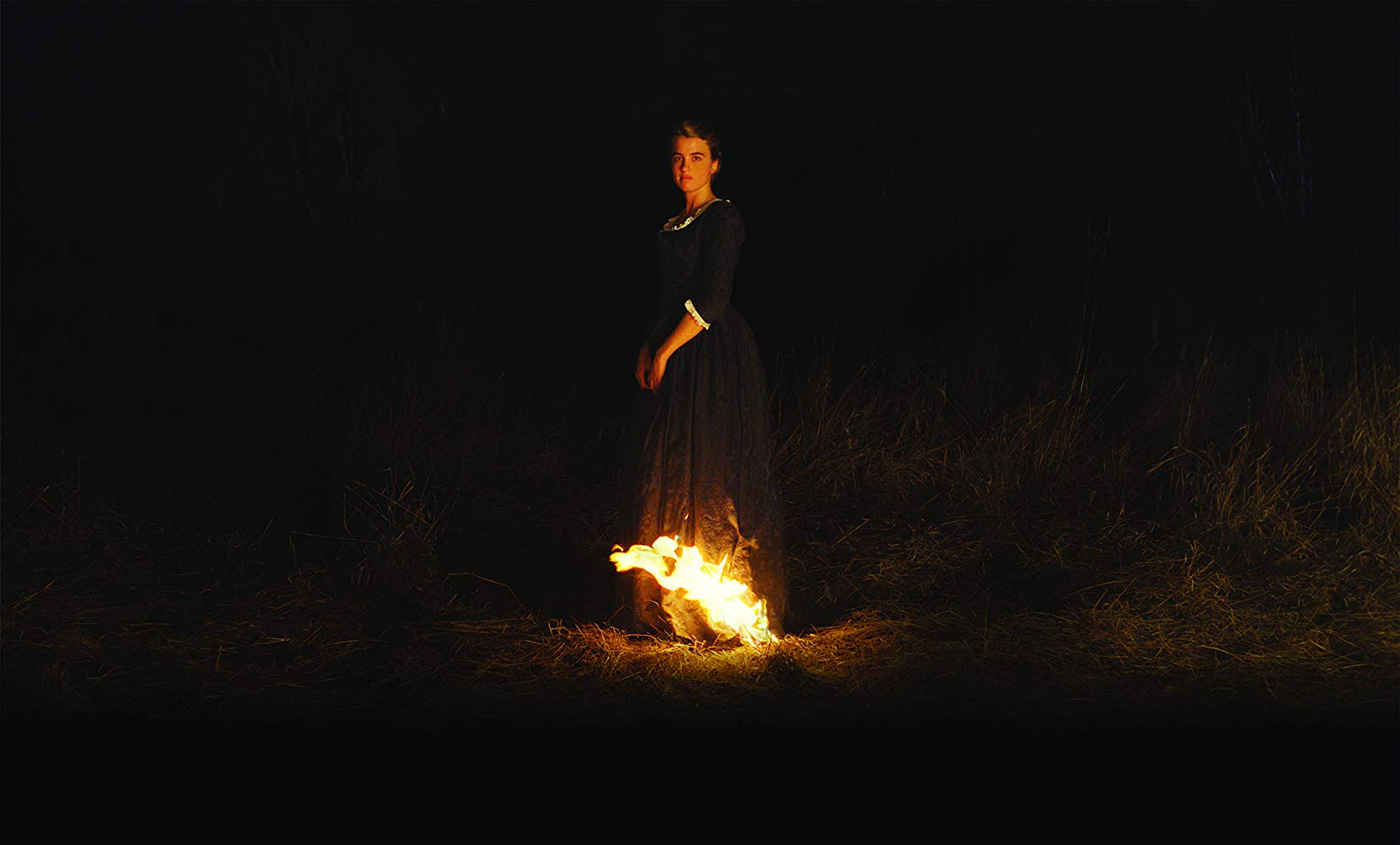 Each element of Portrait of a Lady on Fire is executed with intention and attention to detail. The music, scenic views and classic love story create a near-perfect captivating film. After leaving the theater, a beautiful image sticks in the viewer’s mind: a woman standing alone, ablaze with passion.

Portrait of a Lady on Fire will be released in U.S. theaters on December 6, 2019.