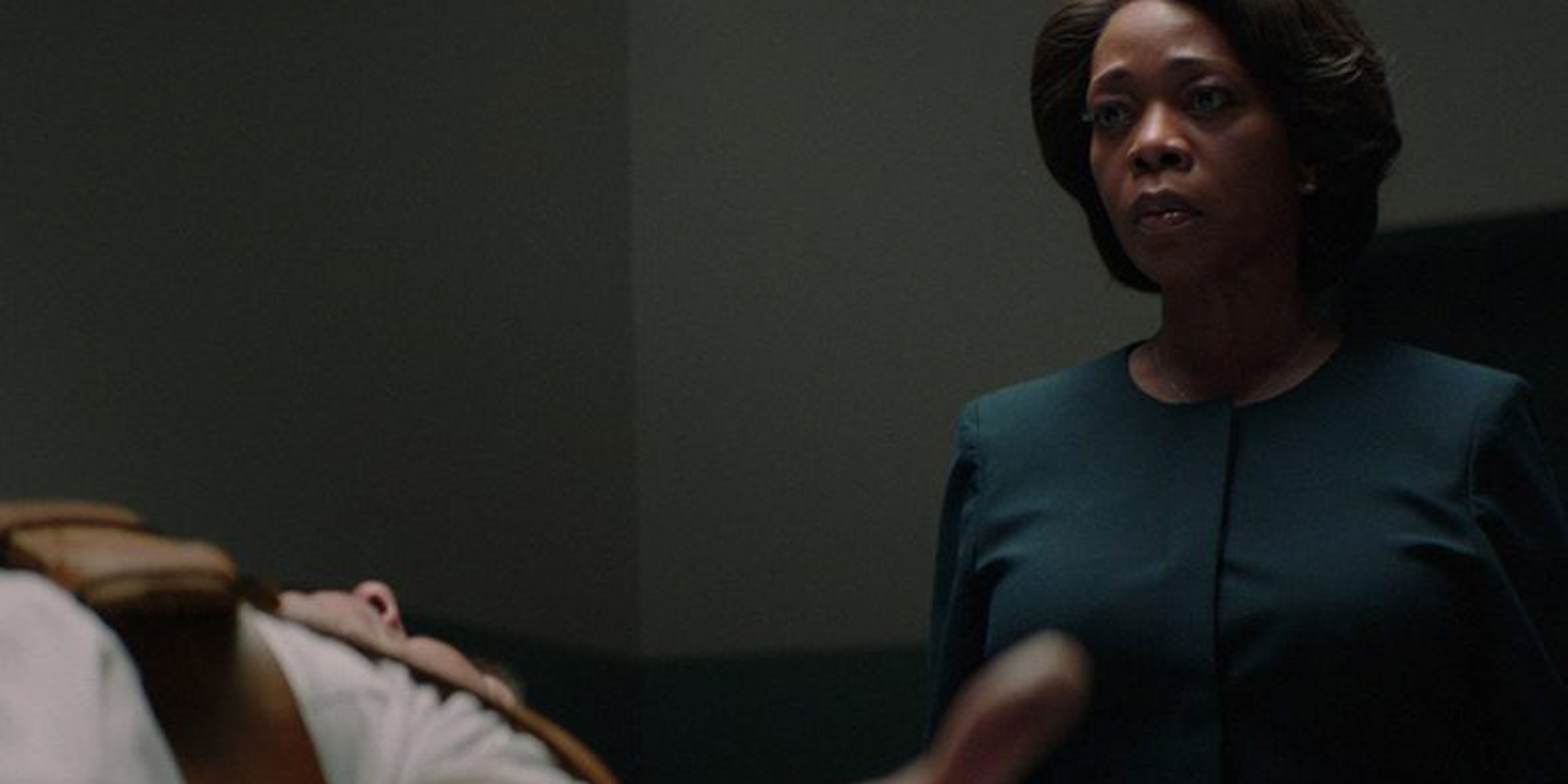 Numb. That is how some of Warden Bernadine Williams’ (Alfre Woodard) subordinates at the prison might describe her as she walks from her office to the execution room, where a man on death row desperately prays for the governor to grant him clemency. That is also how you might feel after watching Chinonye Chukwu’s Clemency, shown at the Chicago International Film Festival on October 15, which provides a glimpse into the slow and twisted reality of life leading up to capital punishment.

The call for reprieve never comes, so the prisoner is strapped down to a white table-like hospital bed fitted with leather straps and metal buckles, to be put down like an unwanted animal.

The execution, however, goes horribly wrong. Requiring three attempts to administer the lethal injection, the man suffers in agony, seething and writhing until he finally passes.

Like many of the scenes in the film, this is hard to watch for a number of reasons. It is gruesome but lacks gore. It has high intensity, but it lacks action. These unbalanced elements create a dystopian-like friction that seems to thin the air in the theater, continuing that same energy as the story slowly pulls you along.

Williams may seem calm and collected at work, but the weight of watching and these deaths have sucked the life out of her, turning her into what her husband describes as “a shell of a wife” who silently suffers from depression and insomnia.

Numb also describes the next man awaiting his fate, yet hoping, like the prisoner before him, for clemency. Anthony Woods (Aldis Hodge) was convicted of murdering a cop during a hit-and-run, although it remains unclear if he actually committed the crime. We see him here imprisoned within cold cement block walls, shrouded in isolation and often tightly boxed in by the confines of the screen, feeling the grim reality of 15 years spent on death row, fully stripped of his humanity and dignity.

Both Woods and Williams are invisible persons, as the words of American novelist Ralph Ellison’s are echoed in the film to describe the complexity of both their characters:

“I am an invisible man. I am a man of substance, of flesh and bone, fiber and liquids — and I might even be said to possess a mind. I am invisible, understand, simply because people refuse to see me.”

One has no control over his own fate and the other is supposedly in control, but in reality both are powerless. Aldis Hodge and Alfre Woodard tap deep wells of emotion and motivation, often relying on facial expression and body language because of the frequent lack of dialogue, to convey the struggles within. The supporting cast is quite strong — I found one of the most compelling moments to be Danielle Brooks’ only scene as Woods’ ex-girlfriend, where she delivers heartbreaking dialogue. Richard Schiff as Marty Lumetta,Woods’ lawyer, and Wendell Pierce as Jonathan Williams, the warden’s husband, also deserve a round of applause for sometimes stealing the show with lines that could have been cheesy but felt organic.

Director Chukwu gives the audience the chance to make up their own mind about Woods’ sentence, without presenting much evidence for or against. It’s not whether he’s guilty or not that we have to decide, it’s whether or not anyone deserves to die this way.

Do we see who Woods was before prison? No. Do we see who Williams really is? I’m not sure. We’re not given much context on their characters prior to the moments leading up to Woods awaiting reprieve and that’s what the story was missing. By adding a backstory for both characters and a moral dilemma for Woods it would have been a more interesting and digestible film, speeding up the pace of the movie quite a bit. Either way the message would have been clear: no person should die at the hands of the state.

The film is thought provoking but denies us a clear answer about what we can do, and Williams doesn’t seem to have an answer for us either as she herself begins to spiral.