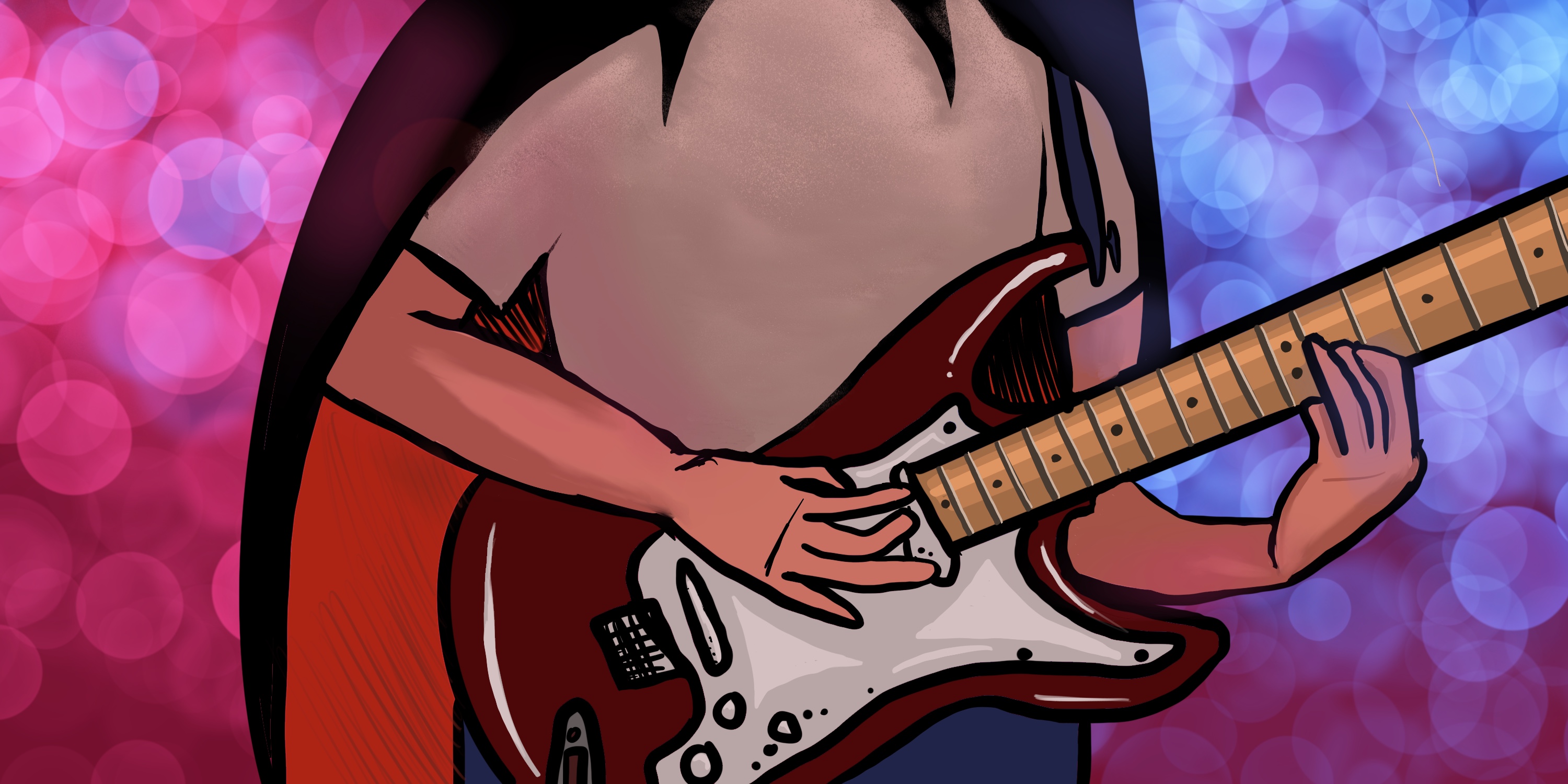 On Halloween night, over 100 people crammed into the first floor of The Pilsen Art House, a DIY music venue and collaborative art space on Chicago’s Southwest Side. Blue, green and red lights danced over faces of music lovers who had come out on a Thursday — both bundled up in layers and in carefully constructed costumes — to see the night’s four-band lineup.

The show kicked off with Bleachcake — a three-piece bluesy punk band — and by the time alternative Latin rock group Crystal Killers began their set, the venue was packed shoulder-to-shoulder. Dressed in a black cape and vampire fangs, lead vocalist Paul Atangan of indie rock ‘n’ roll quartet The Off Days joined Crystal Killers for a vocal cover before the band performed their own set. Finally, the night was closed off with insane, face-melting energy and a spooky Black Sabbath cover courtesy of The Land Before Tim, a seven-piece ska punk band complete with a killer three-piece horn section. 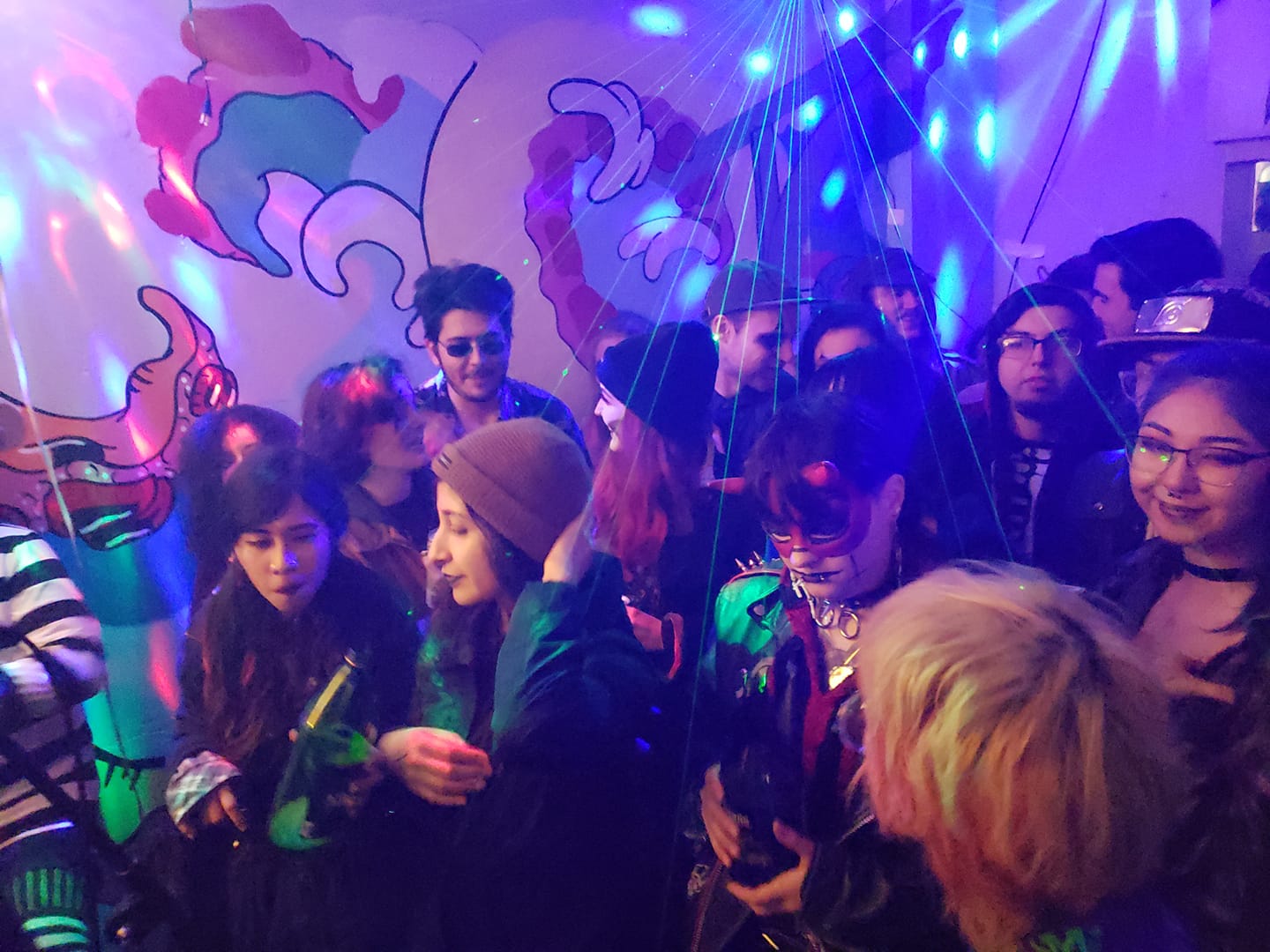 The show went off without a hitch — the bands transitioned seamlessly, the crowd excitedly passed around candy and drinks to each other and a group of those looking for fresh air in-between sets gathered around a blazing fire in the venue’s backyard. To add to the Halloween sweetness, the entire show concluded by 11 p.m. This may seem like a feat for your average DIY spot, but not for The Pilsen Art House.

The Pilsen Art House stands at the corner of 19th and Wood streets, an unsuspecting red-brick home with the exception of its painted turquoise door and a spattering of colorfully painted bricks that sets it apart from other residences on the block. Founded eight years ago by Lorie Ranker, a self-described “traveler, artist and writer,” the venue has hosted everything from hardcore shows and indie bands trying to make a name for themselves in the underground scene to disco vegan brunches, unplugged acoustic sets and podcast recording sessions.

When Ranker first opened The Pilsen Art House, her goal was to foster a collaborative community of travellers and creatives. She and her former partner rented out all three floors of the house as Airbnb units with the intention of creating a haven for travellers who stayed on the South Side. After six years, however, the Airbnb market in the area became oversaturated and new laws in Chicago that limit the amount of listings each address could have prevented Ranker from creating the sense of community she had in mind when she founded the Art House.

“It had become less about meeting people who were travellers,” said Ranker. “After awhile, things were changing. Buildings were unhosted and you could just leave the door code and all of a sudden, what was the point of it? It was just about making money, which is a point for a lot of people, but that was not my vision for the place.”

Ranker rediscovered the purpose she originally had for The Pilsen Art House when she began hosting regular events and began working with a collective of creatives who shared her vision. During her six years of running an Airbnb, Ranker threw the occasional monthly or bi-monthly event, so booking art and music shows wasn’t a new game for her. In the past two years, however, she has narrowed her focus to using the Art House to host local shows, painting classes, community meals and making it an accessible venue for other creatives in the city to use.

After meeting other creatives involved in their local art and music scenes — including Cody Michaels, the guitarist of The Land Before Tim and Lauran Hon, the mind behind Do It Yourself Illinois — the group banded together and formed Punks at the Round Table, a collective that focuses on hosting diverse art and music events that foster an atmosphere where all creatives feel welcomed.

“I have a very, very strong support system right now. I’ve started a collective and we’re all really great, bringing really great things to the table,” said Ranker. “The Art House, strangely, seems to be gaining a lot of traction in the past few months which is bizarre since it’s been here for like eight years.” 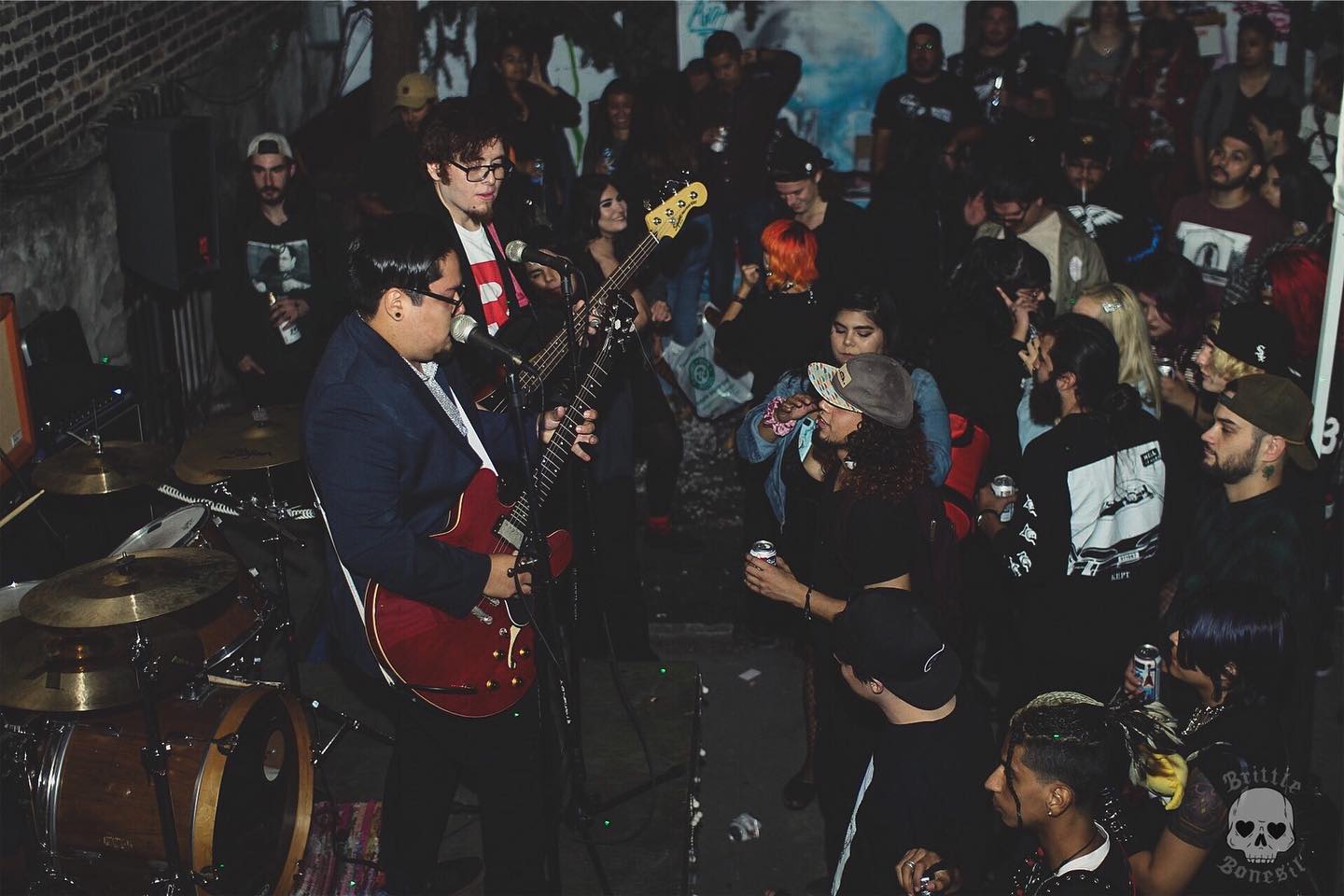 One might argue that much of this traction is due to Ranker’s new connections in Punks of the Round Table. Hon and Michaels are both active in Chicago’s punk and metal communities, and their involvement with the Art House has made these music scenes more knowledgeable of the Art House’s presence and involvement in the DIY arts and music community.

Within the collective, Ranker’s individual focus is booking Pilsen Unplugged, a regular acoustic show series she hosts inside the venue. Ranker encourages every creative to visit and find their niche in the Art House. For those curious about attending — or even hosting — an upcoming event, information about the Art House can be found on its Facebook page.