The Blessed Sacrament of the S.. 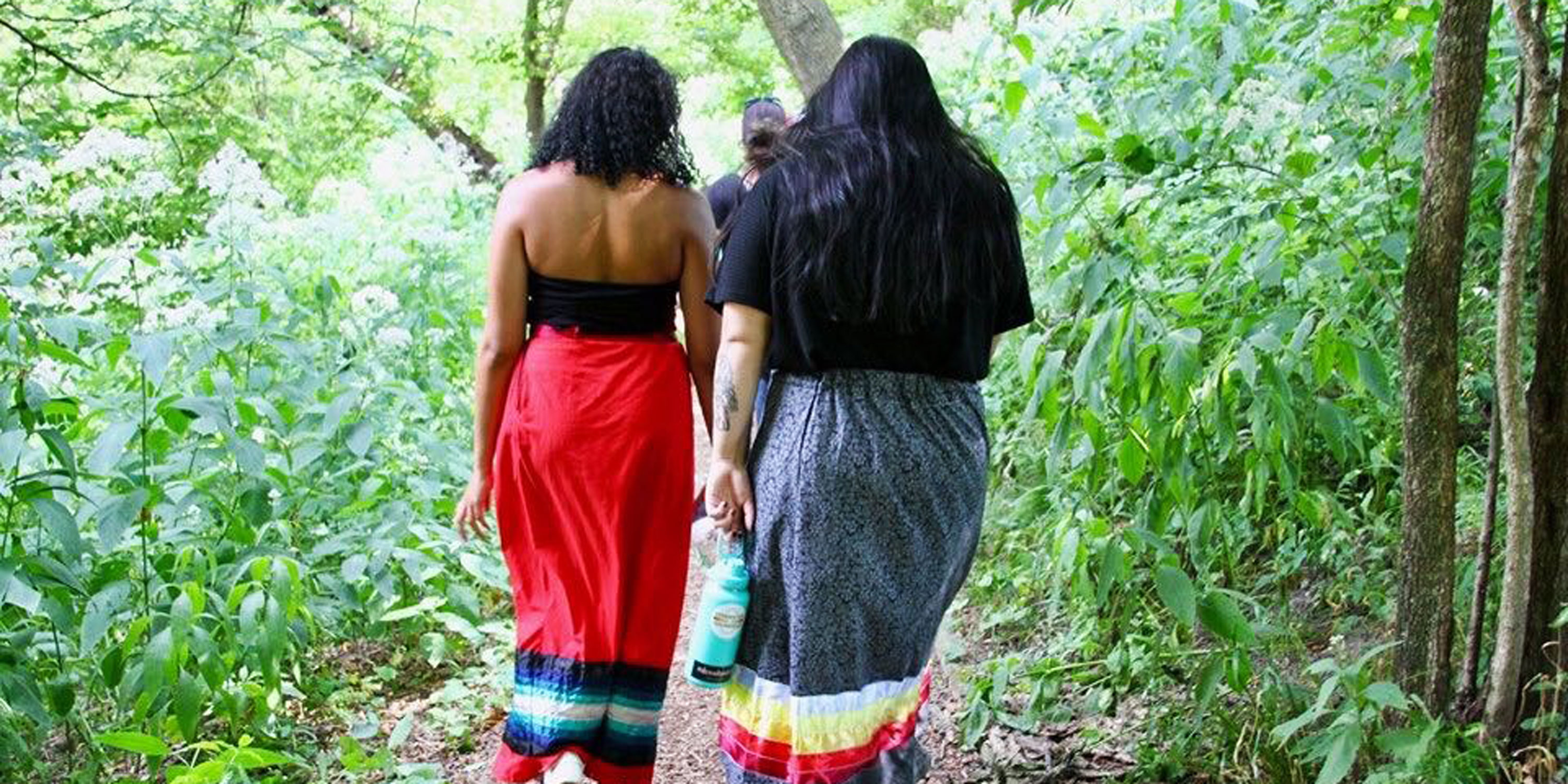 Fawn Pochel is the education coordinator at the American Indian Center — a cultural and community resource for nearly 65,000 American Indians in Chicagoland’s six-county region. She is an advocate for environmental and social justice. Her work concentrates on youth and family services, Indigenous ecology and education reform. She focuses on advocating for and educating about the protection of Indigenous plants and heritage foods, artistic expression and oral histories. You can learn more about her work and the work of others at the American Indian Center here.

How do you define Native food systems? How have those food systems changed between the pre-colonial era and now?

I connect them to the ancestral practices and relationships to land, environment and the plants and animals around them.

If we think about just the area that is considered the state of Illinois, we’ve lost 90 percent of the tall grasses and prairie. So if we think about the relationships that Native people had in cultivating the prairie systems, we have lost so much intellectual property and knowledge and the near extinction of our plants. We have also lost the right to manage our food. Part of that is through the forces of removal and assimilation and dependency on government commodities in areas where Native people aren’t from and aren’t used to cultivating food or hunting.

In a lot of mainstream restaurant and culinary discussions, Native food isn’t typically discussed. Chefs like Sean Sherman and his The Sioux Chef project are starting to change that narrative, but how is the erasure of Native people and food still happening?

Well, we have Thanksgiving coming up. And when we’re eating corn, Thanksgiving turkey, a variety of different squashes, we’re not cognizant of the fact that those foods are from the Americas and have only been introduced into the European diet into the last 500 or so years. In working at the American Indian Center, we often get people to ask us to come and cook traditional meals. Most of the time what they’re asking for is fry bread, which is made out of bleached white flour, sugar and milk. It’s traditional in the sense of us receiving commodities from the U.S government and making something to keep us sustained, but it’s not traditional in the sense that none of the ingredients come from a regional territory somewhere in the United States or Canada. So when people ask about traditional food, the first thing we talk about are berries, because of the region we’re in around the Great Lakes. It’s as if the fact that berries come from here has never occurred to people.

In addition, people often talk about Native people as hunters and gatherers, when we have been cultivators for longer than the agrarian period in Europe. When we’re talking about Native people in relation to food, we’re also talking about foraging as if we’re lost and stumbling upon these things, when in reality we planted food in each position that it could be in that area. So, the erasure is extremely deeply seeded.

One of the ways we see this in the restaurant industry is when you see people talking about Native food, they’re primarily talking about locally grown food. Not necessarily foods that have ancestral connections to the regional area.

Something you touched on was commodity food. Could you explain a little more about that and how that plays a role in the current state of Native food systems and Native life?

Commodity food was set up as government rations for reservation territories. Essentially, because reservations are prisoner of war camps and continue to be, Native people could not cultivate, hunt, fish, so they were dependent on the government rations to survive. Those rations continue today. That food is flour, sugar, butter, and in more modern times canned meat like canned pork, beef, sometimes canned salmon. They’re very much devoid of any nutritional value. When we think about how the government presently gets the food to give out for rations, it’s the same food that goes out to containment camps, the same food that goes overseas to war-torn countries, it’s the same food we’re feeding the original people.

So this process continues to not be about nutrition, it continues to just have foodstuff to fill bodies to be able to say you’re meeting the needs of so many servings of whatever. In addition to that when we think about the unethical practices of preserving corn today, corn lacks all of the nutritional value. It needs to be cooked and preserved in a certain way to maintain that value.

One, this food was never supposed to keep folks healthy through nutritional value. Two, a lot of this food was foreign food that has never worked well within a Native body. It takes about 20 generations for your body to adapt to new food sources at such a large scale. That’s one of the reasons that Native people have one of the largest rates of diabetes per capita in the nation. We also see that mirrored in the African American community. The third [issue] is the unethical harvesting practices and continued degradation of land that we’re having to consume through the food that is given out through commodities and even sold and bought in grocery stores here in Chicago. We’re having to put that food that we know is exploitative and degredating into our bodies, which means something culturally and spiritually to Native people as well.

What are some of the ways that folks are decolonizing food and taking back and reconstructing the conversations around Native food?

One local example is the Oneida Nation. They have reestablished their white corn practices and have been raising buffalo. They’ve been able to sell some of that produce and also provide food stipends to their nation to get fresh produce, first dibs at buffalo meat and byproduct from the buffalo to utilize for cultural needs. They also provide the food for their casino, primarily.

There’s also the Miami Tribe of, I believe, Oklahoma and the Gun Lake Potawatomi, who are working on a project to restore wild rice paddies into Lake Michigan on the Indiana Dunes border. There has been no record since the founding of Chicago of wild rice growing anywhere from the Indiana Dunes to the tip of Illinois, so that’s a huge step forward.

There’s a lot of work being done at a tribal level to restore those foodways. It’s little steps about refocusing your lens, particularly when you’re in an urban area, knowing that this is your ancestral territory. Part of that work is providing space for people to do land acknowledgements and supporting that work, so not only Native people can acknowledge the land they’re occupying in the current day, but so that everyone can acknowledge the land they’re occupying in current day.

Actual planting is a huge way urban communities are doing that. Here in Chicago we’re establishing the First Nations Garden, which is five city blocks on Pulaski [in Albany Park]. We also have our Angie Decorah Medicinal Garden in front of the AIC [American Indian Center], which provides a lot of different teas and medicines for our families to use and harvest. We’re also working on the Northwest Portage Walking Museum, which is a modern day portage between the Des Plaines River and the north channel of the Chicago River, to talk about the relationship to water and waterways. We’re working to build the first two traditional Indigenous mounds here in the state of Illinois since the first Columbian contact in America. These mounds are used as wayfinding mounds to help people reestablish this lens of Chicago and Illinois as an Indigenous land, considering we’re [one of the states] that doesn’t have any federally recognized tribal entities. The Twin Cities have community gardens as well, they’re a little farther ahead of us and are actually establishing food sovereignty. They can really serve as a model of what urban gardening can and should look like in the region.