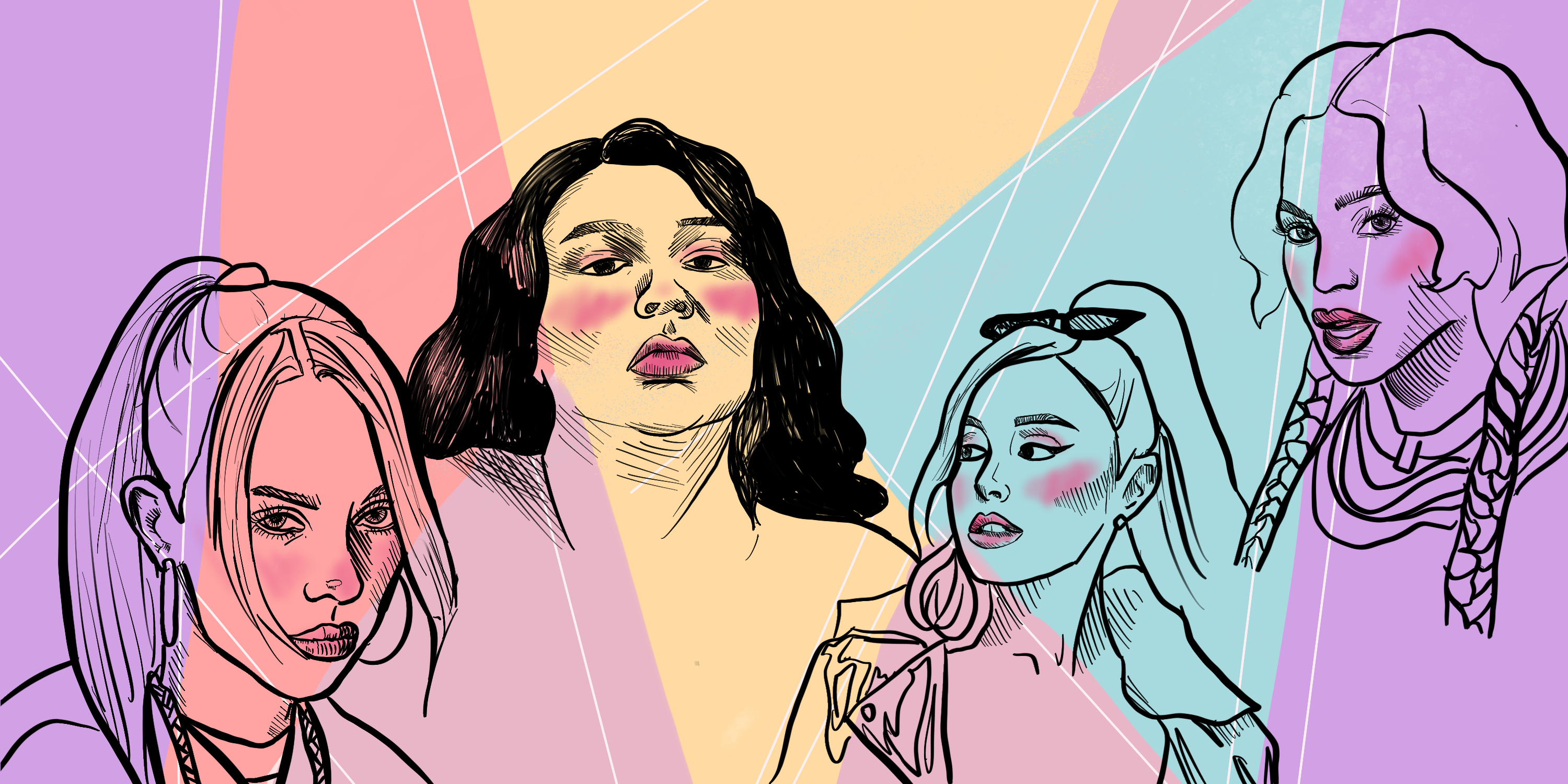 The 2010s introduced us to a multitude of pop icons. Artists like Adele, Bruno Mars, Lizzo and Lorde all became acclaimed household names. Robin Thicke and Miley Cyrus “Blurred the Lines” of acceptable live performances. Katy Perry rode a robotic lion on a football field. Jay-Z turned his wife’s fans against him. Streams became more important than album sales and mainstream pop was sidelined to trap. This article is a retrospective of the decade’s hits.

“Royals” signaled a big change in pop music. Lorde sings about, and somewhat mocks, the trends of pop music at the time. She showed that mainstream hits didn’t need to be shallow and materialistic. It was a welcomed change and proved that radio listeners were open to change in the genre.

Canada’s R&B idol, The Weeknd, stuns in this grimey synth-pop banger. The Daft Punk-produced modern classic involves vocals and lyrics by Abel Makkonen Tesfaye singing braggadociously about the trials of fame. The raucous drum and bass beat is flamboyant, yet oddly depressing. There’s a sense of emptiness, a lonely vibe that comes with that level of notoriety.

This entire list could just be Gaga songs, but I tried to limit to a single song per artist. Artpop is one of this decade’s best pop albums and “Applause” is a standout single. The lead in synths to the song are electric and Gaga’s pseudo-abstract lyrics go along with the instrumentation perfectly. Her radiating energy and confidence shine through.

Simply put, the production of this song is amazing. The attention-grabbing bassline carries this song and blends perfectly with Eilish’s breathy, melancholic vocals. I love this song’s instrumental and mixing. Everything is perfectly catchy and makes for an energetic, career-defining song. I wouldn’t be surprised if “Bad Guy’s” bassline gets sampled to death in the upcoming decade by up and coming producers.

“Juice” by Lizzo is one of those catchy pop songs that are impossible to avoid. A female empowerment song that all genders and sexualities can appreciate. This song was an enormous hit, to the point where it was ever present like Christmas music on the first of November. Lizzo has gone on to endear herself to masses, and is set to sweep the field at this year’s Grammys. The Detroit native has all the flair and charisma of her Motown idols.

The early 2010s were big for Perry. She pumped out multiple earworms and guilty pleasure hits like “Dark Horse” and “Teenage Dream.” Perry’s most iconic song is by far “Firework.” The feel-good bop opens with one of pop’s most pressing questions, “Do you ever feel like a plastic bag?” Popularized by Seth Rogen stoner-comedy The Interview, “Firework” is a memorable pop anthem synonymous with the 2010s.

How does one cheat on Beyoncé and think they can get away with it? That’s basically the premise of this song. For months “Sorry” had people sleuthing Instagram for the infamous “Becky with the good hair.” I’d describe this song as a melodic spousal dispute. Beyoncé humbles her husband publicly for millions to stream. “Sorry” is a great breakup song, with an even better chorus.

The song that introduced millions to the talented British singer Adele. The song is momentous, and Adele croons over a power ballad with Whitney Houston-esque vocals. “Rolling in the Deep’s” opening guitar chords fit the song’s tone perfectly. The instrumental is a constant crescendo, amplifying the passionate regrets in Adele’s lyrics. The pain is palpable and genuine in her voice. You can tell someone she loved really betrayed her. Adele is looking for revenge.

This maybe somewhat of a cop-out, but it was impossible to decide which of these songs is more influential than the other. Both are perfect, modern pop hits with even better accompanying videos. Each song has over a billion views on YouTube and spent months charting number one. Often compared to their idols, Grande to Mariah Carey, Mars to Michael Jackson, embodying the best traits of both idols through these songs.

Mainstream pop music had a hard time finding its voice this decade. The “traditional” bubbly pop song structure became antiquated and somewhat corny. Glossy synths became trap-inspired drum beats, happy lyrics about life were hard to find. The overwhelming negativity in pop was unusual and didn’t do well by the genre. These ten songs managed to do something different, optimistic and upbeat without being corny. We missed positivity and uplifting songs in the genre.