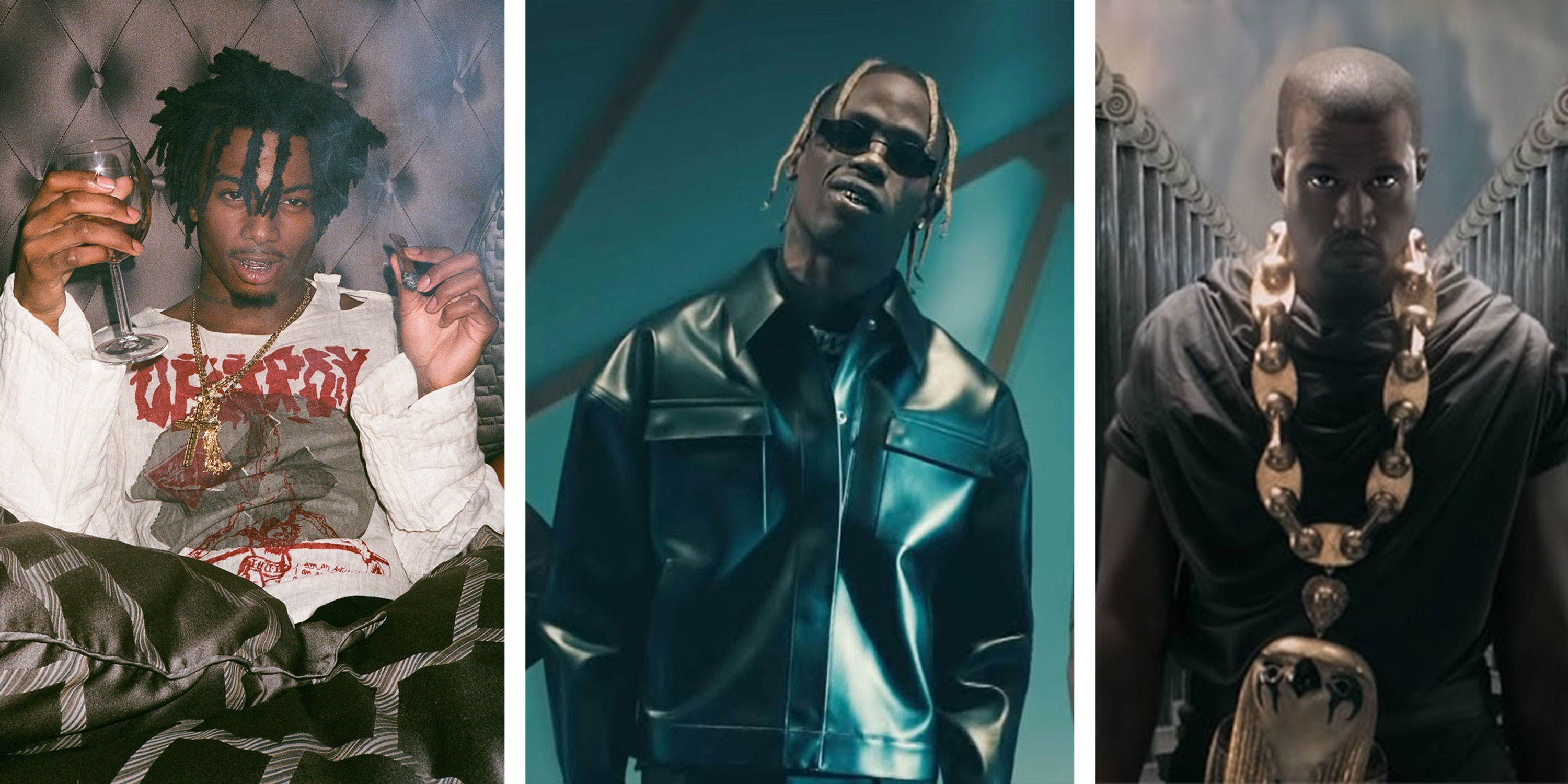 Rap took over the 2010s. Nearly every genre, from pop to jazz, embraced instruments like the hi-hat and 808 drums. The nation was introduced to the rap subgenre of “trap,” a minimalist trend that prioritizes melody and catchy beats over heavy lyricism. Mixtapes, music produced without a label, like Chance the Rapper’s “Acid Rap” and Travis Scott’s “Days of Rodeo” were treated and received like studio releases. This was also the era of the super-producer, larger-than-life characters who build beats, like Metro Boomin and Pierre Bourne. This was the era in which song production was crucial to success.

“Black Beatles” is a song that’s hard to dislike. Combining synth chords with southern trap drums, the southern duo Rae Sremmurd creates a somewhat genre-bending track. The music production on this song is gorgeous. Backing vocals by Swae Lee flesh out this song, creating a haunting atmosphere. The self-described “Black Beatles” carry themselves with an infectious charisma. It’s really hard not to groove to this track.

Lil Wayne is often the butt of jokes amongst smug rap critics. His nasally delivery and occasional struggle bars can irk some. That being said, “6 Foot 7 Foot” is Wayne at his best. Each line comes fast and full of wit. Bars like, “I think you stand under me, if you don’t understand me” and “Real G’s move in silence like Lasagna” are prime Wayne. The lyrics flow over a sped-up sample of the “banana boat” song. Lil Wayne’s delivery complements the beat perfectly. “6 Foot 7 Foot” is an extremely quotable song. Every line is damn near iconic in rap lore.

Carried by a Pierre Bourne beat, Playboi Carti utilizes his Atlanta roots to the fullest. Songs like “Magnolia” signaled an idealistic shift in mainstream rap. Prior to 2008, a rapper’s impact was determined by their lyrical ability. There’s now a cultural shift to more melodious rappers such as Kanye West, Chance the Rapper and Kid Cudi. These rappers prioritize harmonies and production quality over “lyricism.” Some see this as rap losing its “meaning,” while others appreciate the more experimental production and atmospheric themes. “Magnolia” is a song that embodies this type of sound. Grimy and whimsical, “Magnolia” will remain a rap staple.

Rapper Tyler the Creator first broke out onto the scene with his song “Yonkers.” The epitome of an “R-rated” song, “Yonkers” does everything to shock its listener. Tyler’s graphic, violent and paradoxical lyrics pull no punches. Like Eminem, Tyler sometimes crosses the line with his intentionally edgy lyrics. B.O.B, Hayley Williams and Bruno Mars are all threatened on “Yonkers.” Tyler is a self-described “walking paradox.” Each bar directly contradicts the next. “I’m an overachiever, so how about I start a team of leaders and pick up Stevie Wonder to be the wide receiver?”

The song received positive reviews from critics and its video received MTV’s Video of the Year award. However, this song and others by Tyler the Creator received backlash from activist organizations for its references to violence against women.

On this track Kendrick Lamar details the anxious nature of growing up in a surrounded by gangs. Lamar’s breathless cadence sounds as if he is in immediate danger. Each verse is rapped beautifully and details the influence of gangs in poverty-stricken Compton. Described as “Pakistan on every porch,” Lamar advises to “go buy a chopper and have a doctor on speed dial, I guess.” The ruthless cycle of Los Angeles gang culture and affiliations is laid bare. Lamar is routinely asked where his grandma stays and describes what he sees daily as “IVs on top of IVs.” The intentional veracity of the lyrics are backed by a racing beat. Much like the theme of cyclical violence, the beat is just a looped eight-count that repeats over and over again.

“Ultralight Beam” is Chicago-style rap mixed with South Side gospel. The song manages to evoke holiness and faith without feeling preachy. It’s a rare rap song that can double as hymnal. The backing vocals are sung by an actual choir and some of the verses are intercut with spoken word by gospel artists Kirk Franklin and Kelly Price. In the song, Chance the Rapper steals the show from West. Chance’s verbosity and infectious energy is contagious. Lines like, “I made Sunday Candy I’m never going to Hell, I met Kanye West I’m never going to fail,” allude to West’s prior work and display Chance’s relationship with God. He even proclaims himself as a Christian rapper. This was surprising at the time due to his prior mixtape having multiple explicit themes and drug references.

This trap anthem introduced the world to the group Migos. Even the most conservative of grandmas can vibe to this song. A lot of that is owed to the song’s producer, Atlanta’s Metro Boomin. The song popularized the introductory tagline, “If young metro don’t trust you, imma shoot you.” It also notarized the term “thot.” “Bad and Boujee” is a song that’s immediately recognizable by its opening notes. Each “Migo” rides the beat to perfection. The standout verse goes to Quavo whose flow is so syncopated that he sounds like a robot. Migos are unique in their subtle wittiness. Lines like, “still be playin’ with pots and pans, call me Quavo Ratatouille,” may not go down as Jay-Z-esque, but are still creative and outright funny. The only thing that stops this song from being higher is the last verse by Philadelphia rapper, Lil Uzi Vert, who raps like a flogged Pokemon.

“Sicko Mode” is a masterpiece from a music production standpoint. Travis Scott overlays each individual verse with a distinguished and different beat. Sonically the vibe of the song likens to a psychedelic carnival ride. Drake and Scott play off each other’s wordplay and give the impression of a verbal boxing match. “Sicko Mode” is arguably the most quotable song on this list. Drake’s entire second verse is rife with culturally iconic lyrics.Though the wordplay isn’t necessarily “deep” or intellectual per se, the lyrics fit the track’s tone perfectly. Drake even takes light jabs at Scott’s Nike endorsement with the line “checks over stripes.” “Sicko Mode” is a perfect trap song that embodies everything fun about the genre.

“Redbone” is a weird, genre-bending pop song that most wouldn’t consider straight up hip hop. Like Outkast’s “Hey Ya!,” “Redbone” weaves funk-soul sensibilities in and out of traditional pop chords. It’s a uniquely mainstream song that sounds nothing like the music of Childish Gambino’s peers. The addition of the song in Jordan Peele’s film Get Out catapulted the song up the charts. “Redbone’s” lyrics can be seen as a foreboding premonition. Gambino calls on his listeners to “stay woke.” “They gone find you and catch you sleepin’,” Gambino says. Donald Glover is used to veering left of traditional music and he proves it on this track. It’s rare for an ominous R&B tune to get radio play, let alone become the number one song in the world.

“Power” is a triumphant song off Kanye West’s Magnum Opus, My Beautiful Dark Twisted Fantasy. West tackles the themes of fame, narcissism, unimaginable wealth and, of course, authority. At face value the song is a shallow humble-brag about West’s life. The militaristic drum beat provides a pounding rhythm and sense of grandiosity. The eerie King Crimson sample elevates this. It’s not surprising that this song was among the most popular to be used in modern movie trailers. West’s lyrics and rapping resemble a cult of personality preaching to his subjects. West raps about “tripping off the power” and how others view his persona. The song is deeper than its apparent materialistic tone. His lyrics are braggadocious, but there’s a sense of regret and darkness. There’s an undertone of a lonely genius using power to cover for his sadness. When the song reaches its bridge the lyrics turn questionably sinister and dabble in suicidal ideations.

Overall we’ll look back on the 2010s as the wide commercialization of the rap genre. Trap music and its production style were integrated in multiple genres globally, from Latin-inspired reggaeton to the British rap genre of grime. Rap artists simultaneously became pop icons and rockstars.

If you or someone you know is experiencing suicidal thoughts, you can call the National Suicide Prevention Lifeline at 1-800-273-8255 or text “ITSOK” to 741741. To learn more about counseling services at DePaul University visit the student affairs website. To make an appointment, you can call the Lincoln Park office at 773-325-7779 or the Loop Campus office at 312-362-6923. You can also call the Illinois Warm Line at 866-359-7953 for peer and family mental health support from Monday through Friday during the work day. For more information about Chicago mental health resources, you can visit the NAMI Chicago’s website.