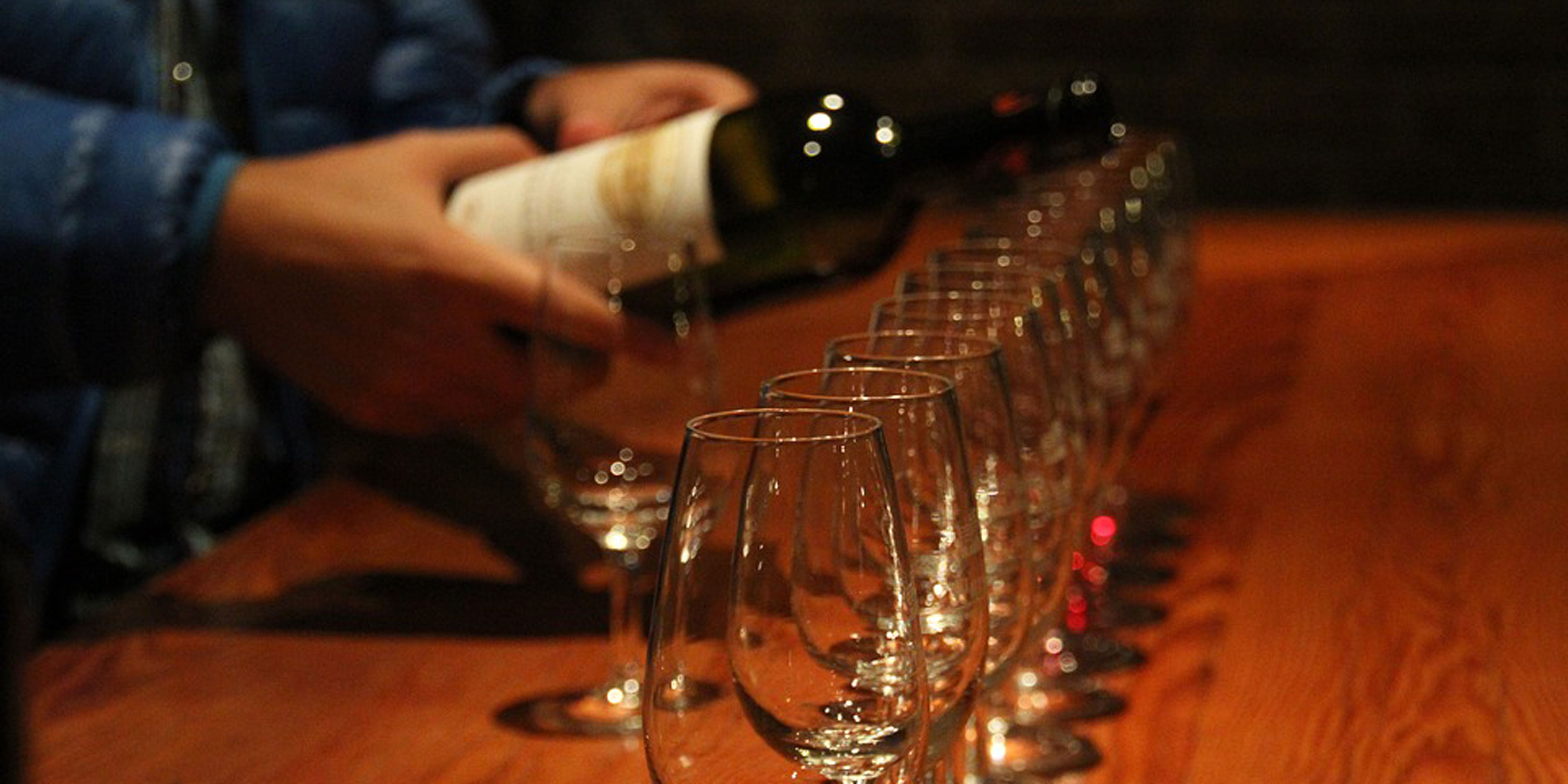 DePaul students can learn about Prohibition in the School of Hospitality Leadership’s wine class, but they might be more likely to enroll for the free drinks.

In HSP 333: International Wine Education & Management, students talk about the politics, culture and religion of wine. Students learn about and taste wines from around the world to identify how they are different. When the class focuses on North America as a region, they do a deep dive on the Prohibition era.

In terms of what students get out of the class, Michael Lynch, who teaches the course, helps students who want to go into the wine hospitality field to be aware of the best practices of wine management and non-hospitality majors to use their wine knowhow in their  lives.

“Beverage service is important for a hospitality enterprise and having wine knowledge generally speaking is something not everyone has,”  Lynch said. “It is a class that gives you a broad spectrum of how wine comes into a hospitality wine environment of restaurants and hotels and how you can also enjoy wine in your nonprofessional life.”

Since the course covers both wine production and service, one of the key things for the students to know is understanding how a wine goes bad.

The class is taught on Monday, Tuesday and Wednesday nights for the winter quarter to meet student demand while avoiding day drinking. And, of course, participants have to be 21 to enroll.

Senior Daelen Kenney wanted to take the class since her friend who graduated several years ago told her about it.

“Drinking wine during class and getting credit for it? I was sold,” Kenney said.

Kenney said that as a political science major, most of her classes are theory or history-based, which can get a little tiring. Since she is not a hospitality major, taking this course seemed like a relaxing way to spend a Monday night.

Senior Sally Daoud, Kenney’s roommate, also chose to take the wine management class because she heard from students who previously took the class that it was one of their favorites at DePaul.

“I am taking the class with my roommates and so having them in the class, while also tasting and learning more about wine and how it is made, makes it very interesting and worthwhile,” Daoud said.

Daoud was a little surprised about how quickly the professor jumped into the lecture for this class.

“He seemed very passionate about hospitality and wine management, as well as teaching us everything he could about how to decipher one wine from another using our senses,” Daoud said. “I knew right away that I was going to take away a lot of useful information from this class that I can carry with me afterwards.”

Wine and alcohol misconceptions are also taught in the class so that by the end of the quarter, students have a broader knowledge base on alcohol.

“I try to get the [misconceptions] out of the way on the first day of class. There are some urban legends if I do this or do that I won’t get a hangover and we try to get rid of those,” Lynch said. “On the other hand, a lot of students have a preconceived notion on what they like and what they don’t like.”

“For example, some South American political leaders felt that wine production was not an economical way to run their country, while other countries viewed it as a contributor,” Lynch said.

Lynch also teaches the subject of how apartheid affected the wine industry in South Africa because he wants the students to be able to explain it.

Kenney noted that the professor seems super knowledgeable and understands that everyone is there to drink wine in a university class.

“I think part of the appeal of the class is that everyone feels like they’re sort of breaking the rules,” Kenney said. “Except we’re not! So far the material is interesting and it feels like I’m developing a very niche skill set.”

Despite the unusual nature of the class, Lynch said he has never heard any pushback or questioning of whether the class is necessary. Besides the students interested in the class, Lynch noted that numerous professors have wanted to take the wine management course.

“Professors are generally are intrigued,” Lynch said. “The reaction I get is, ‘What do I have to do to take this class?’ I had a handful of staff members and DePaul students take the class.”

Another reason why Lynch thinks this course is important is because of its track record. Lynch said over 200 of his students have gone into the wine and beverage industry.

Even outside of the industry, students with families who know a lot about wine say completing the course made them more conversant with their family members, according to Lynch. Wine remains important in many cultures. Students’ understanding of wine can help them communicate better with people in their cultures and elevate conversations, Lynch explained.

“They also tell me that years later they remember more from my class than any class at DePaul,” Lynch said.“It is information that people want and use and to be honest with you, it is terrifying walking into a wine shop not knowing what someone will enjoy or not enjoy.”

“I believe wine is a social beverage and it helps with the socialization of students,” Lynch said.

Editor’s Note: An earlier version of this story did not include Michael Lynch’s first name. A correction has since been made.