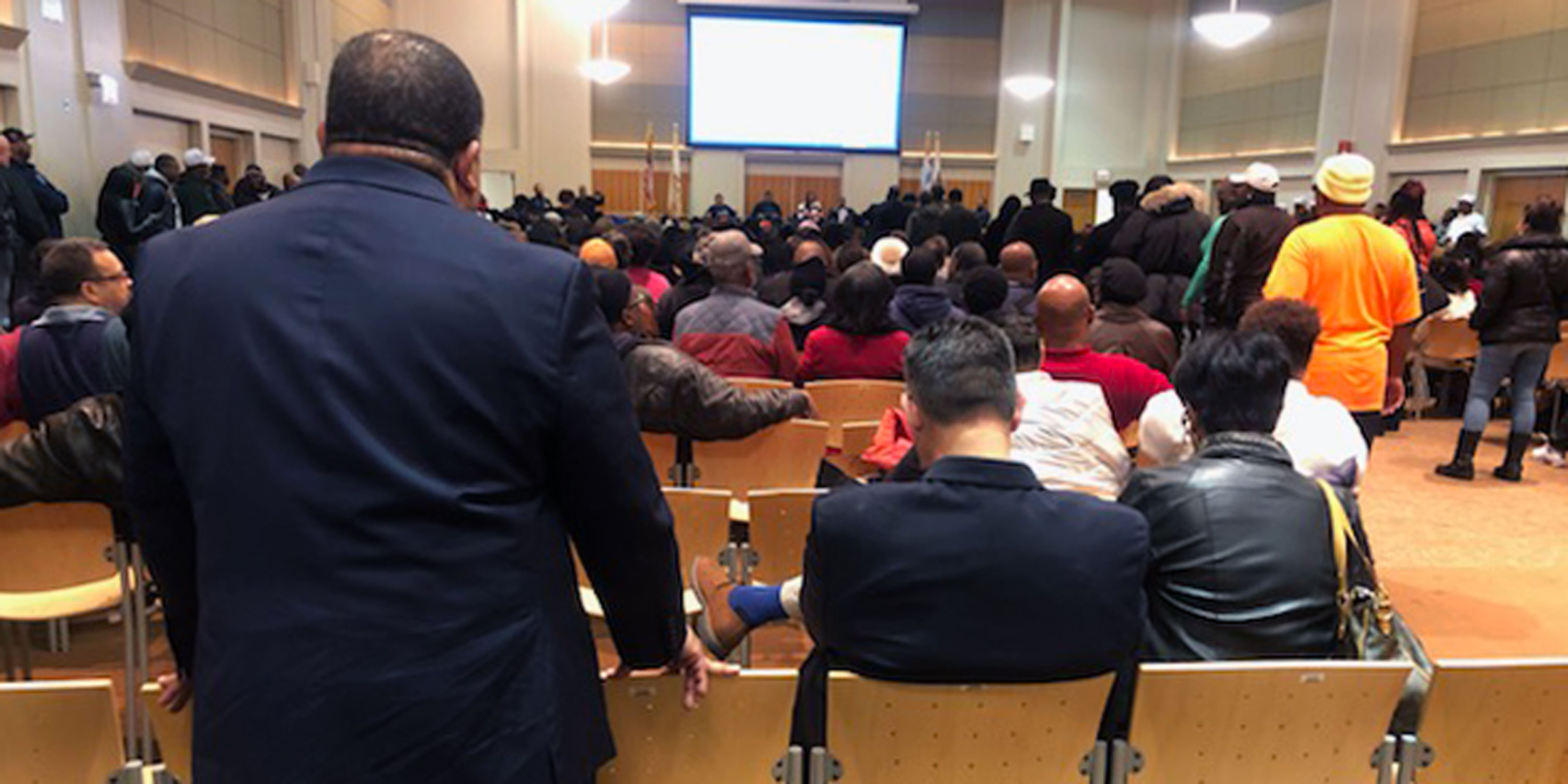 On January 14, Englewood residents filled Kennedy-King College to take part in history. For the first time in recent memory, five of the aldermen that share sections of the Greater Englewood community came together under the same roof to hear from their constituents.

The small auditorium was packed, to the point that residents had to squeeze into empty seats between strangers as the number of people in attendance was on the verge of breaking the building’s fire code. Despite the cramped conditions, the excitement and anxiousness were unmistakable, and it was clear everyone was ready for history to be made.

“When we experienced 13 shootings, we made national news,” said Ald. Stephanie Coleman (16th) during her introduction, referencing the mass shooting in December where 13 people were shot at a memorial party. “But this should make national news. This has not happened in the generation of five aldermen. This is Englewood rising.” 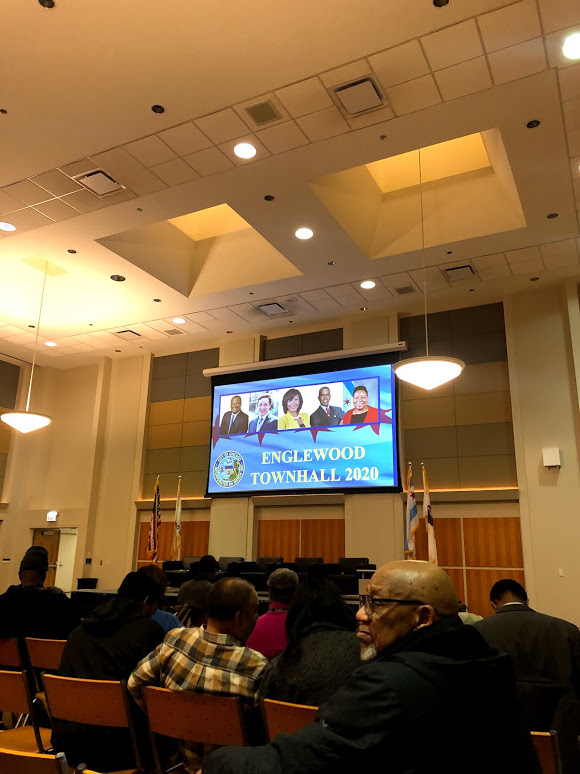 The town hall began with an opportunity for each of the aldermen to speak, as well as Maurice Cox, the commissioner of the Department of Planning and Development (DPD) who introduced the department’s plan to implement INVEST South/West, a project that would be a topic of scrutiny throughout the night.

After the time allotted for these speakers, the mic was open to the public. The demographics of the constituents that shared were wide-ranging — from teenagers to senior citizens. The time was filled with many questions, but also with comments, some of praise, others of discontent and frustration. 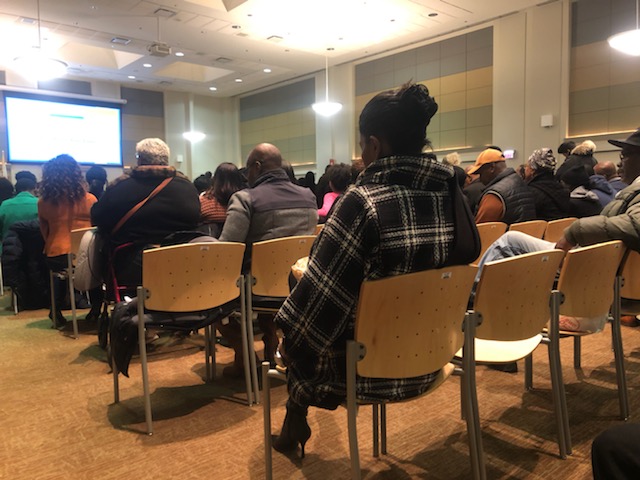 A repeated theme was that of tax increment financing (TIF) distribution. “Where is all the TIF money going and why is it not being invested in Englewood?” residents asked. Other themes included questions around housing, civic engagement of churches and other community partners, as well as the utilization of the revenue from cannabis dispensaries.

While the aldermen answered most questions, Cox stepped in when residents brought up concerns about DPD’s new INVEST South/West initiative. It’s the city’s first-ever community-based planning strategy and is intended for the residents who have stayed and who intend to stay within their communities. The expenditure is a total of $250 million — made up of TIFs, the Chicago Community Catalyst Fund, Small Business Improvement Fund and the Neighborhood Opportunity Fund — that will be divided evenly among 10 South and West side communities. Englewood is one of the 10.

The effort is supposed to be led by community organizations and activists who have already been doing years of work within their communities. During the open mic, one constituent received applause after criticizing the new initiative. He said that Englewood deserved more than the $25 million allocated for the community through the program.

A reaction such as this demonstrates the anger towards the continued prioritization of commercial areas over the residents who have invested in their own communities for generations.

Although constituents did not hesitate to voice frustrations, many who spoke hoped to see the five aldermen come together in a way they never have before and to see Englewood grow to be a point of Black pride in Chicago.

Overall, residents expressed that they are tired of divestment from their community. However, they were also inspired by the work that community organizations such as the Resident Association of Greater Englewood (RAGE) and Teamwork Englewood are doing and by the perspective affinity between their aldermen.

In light of the intended investment in Englewood, Moore called on members of the community to advocate for themselves.

“It takes progress in doing this, but let me tell you something, at the end of the day, we are here to listen to you all,” he said. “Aldermen come and go, mayors come and go, but the people will be here. You all need to know your power, and your collective power and how to use it. No elected official is more powerful than you are.”