When chef Michael Carroll decided to open up a brewery, he didn’t expect that it would become the first Michelin-starred brewpub in the world.

But that’s exactly what happened. Carroll’s brewpub Band of Bohemia was awarded the prestigious culinary honor in 2016, making Chicago home to the one and only Michelin-starred brewpub.

“[Chicago] has been an amazing food and cultural city and it’s an amazing beer city,” Carroll said.

The placement is fitting for the city that had the most breweries of any city in the United States in 2018. There are 236 breweries in the city, although there are distinctly less on its South Side. 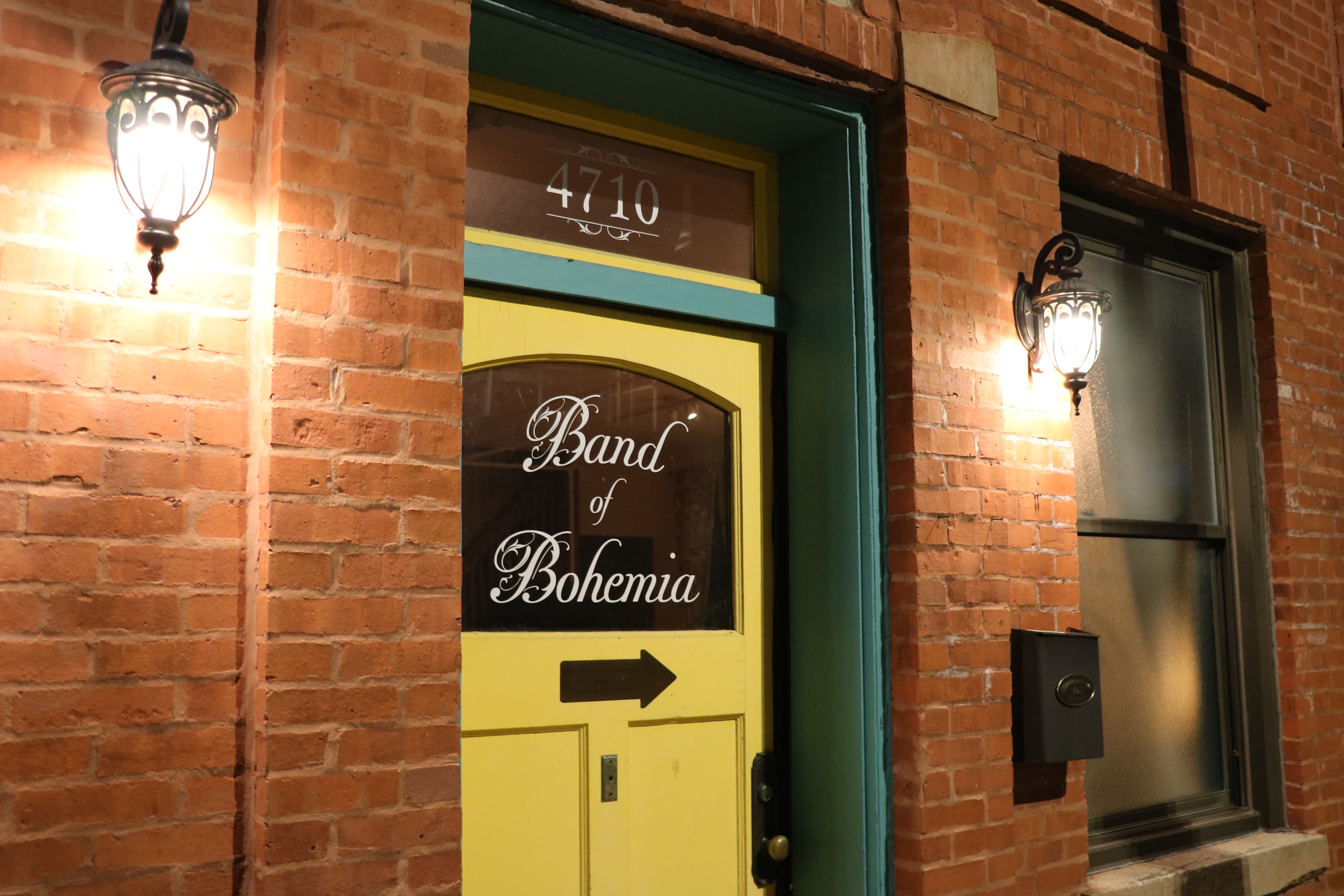 When German immigrants came to Chicago in the late 19th century, they brought their hopes for a bright future, and the hops to make their lager-style beer.

German-born Dr. John Ewald Siebel made the journey to Chicago in 1866 and in 1868 he opened the John E. Siebel’s Chemical Laboratory, a brewing school. Today known as the Siebel Institute of Technology, it offers a variety of classes and programs in beer making. John Hannafan, vice resident and director of education, said Siebel’s ever-presence has helped shape Chicago into a brewing haven, having educated many of the brewers that ended up setting up shop in the city.

“It’s become an epicenter for craft brewing in the United States, if not the world,” Hannafan said. “It was a natural occurrence that Siebel was here and they have this large population to draw from as well and create a brewing culture in the city. Siebel has been a part of the catalyst.”

Siebel had a brief stint as a baking school during Prohibition, and though “near beer” (0.5 percent alcohol content or less) was lawful, and the black market, led by figures such as Al Capone, helped pedal versions with higher alcohol content, most breweries failed to stay afloat, even after the 21st Amendment was ratified in 1933, the last closing in 1978.

It wasn’t until a decade later, in 1988, that Goose Island Brewery opened, followed by Piece Brewery in 2001, Half Acre Beer Company in 2006, Metropolitan Brewing in 2008 and Revolution Brewing in 2010. This succession was the bedrock of the modern brewery crescendo in Chicago. John Laffler was educated at Siebel and worked at Goose Island for five years until he left to start his own brewpub, Off Color Brewing, partnering with Dave Bleitner. By 2019, it had the 4th-highest market share of local craft beer with 5.2 percent. The way Laffler sees it, Chicago’s history and disposition had it poised to become the city for craft beer. 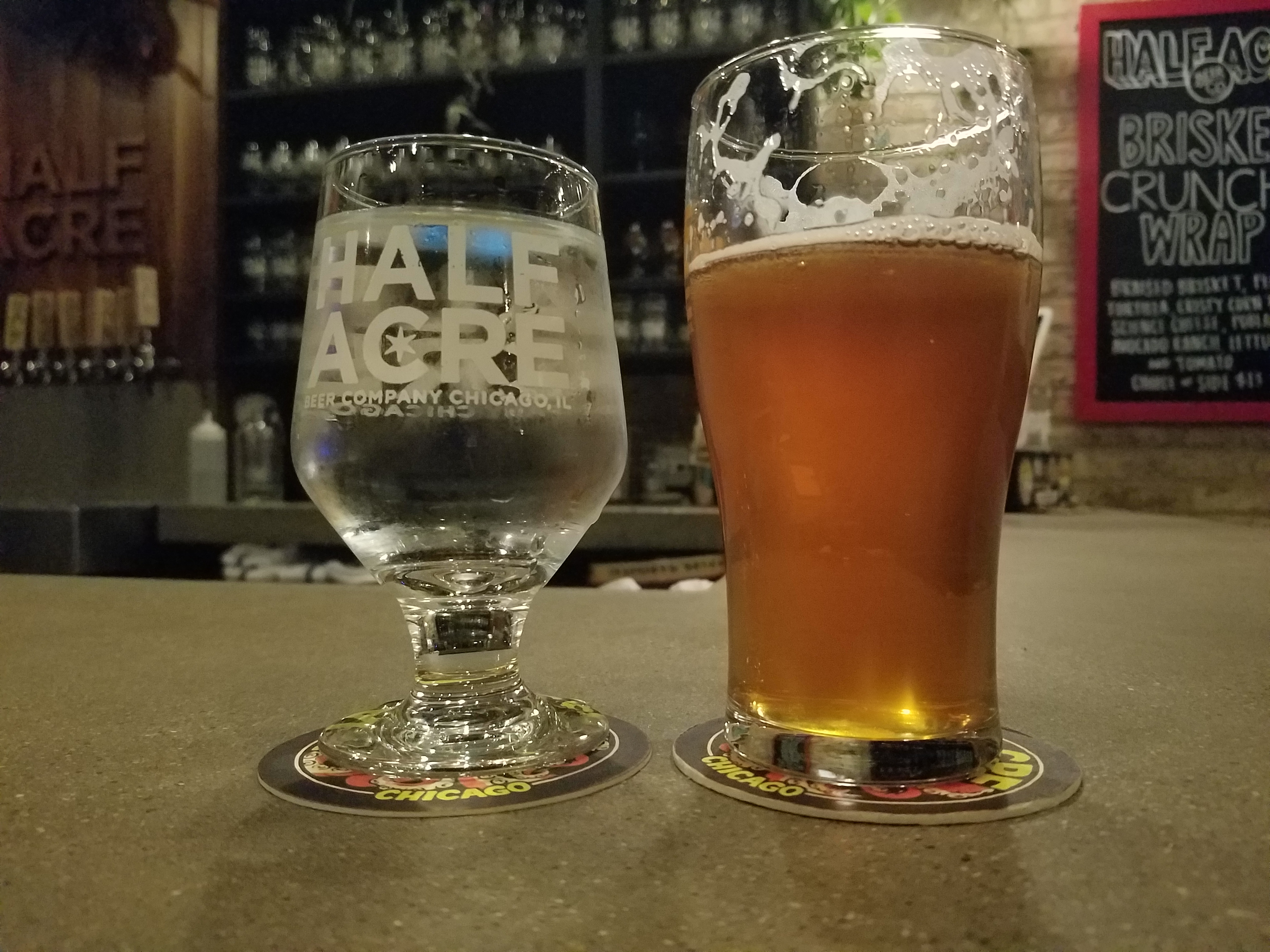 “They make some very nice lagers here and that’s something that’s very important to us. There’s a Chicago ethos about the beers we make here are being different than the beers made in New York, for example. They [New Yorkers] don’t have as long of a recent brewing tradition,” Laffler said.

A 2011 state law lifted restrictions on brewers with small operations, allowing for more growth in the industry. “A couple guys working in a garage who decide to open up a brewery is not an uncommon story in Chicago,” Laffler said.

Moody Tongue Brewery opened in 2014 under the direction of brewmaster Jared Rouben, also an alum of Siebel and Goose Island. Like Band of Bohemia, Moody Tongue is an upscale take on the classic brewpub experience. Rouben had a career in California and New York, but chose to set up shop in Chicago, “I wanted to be a part of the rich tradition that is the Chicago beer community,” Rouben said. “Because you have a lot of students that have turned into brewers, there’s a standard of excellence that brewers have to meet to be successful in this industry in Chicago.”

But the proliferation of the beer industry is causing competition to spike, exacerbated by a 10.4 percent drop in beer sales in 2019. And national brewing companies like Anheuser-Busch (which acquired Goose Island in 2011) buying up smaller shops isn’t helping.

“It’s a big city, but it’s not that big of a city. For a long time we all rallied around a common enemy. That helped craft brewers all work together. It’s a different environment now, but it’s still friendly,” Laffler said. “We won as craft beer but because we won, instead of fighting the nameless, faceless Anheuser-Busch, now it’s the breweries that they own.”

Carroll says people are now realizing how saturated the market is. Band of Bohemia is located on “Malt Row,” a stretch of Ravenswood that’s home to nine breweries.

“It’s getting harder and harder to sell your beer. There’s a lot of breweries in Chicago. The hometown market is pretty tight,” Carroll said.

However, both Rouben and Laffler think the business will survive and that the competition creates a drive for more creativity.

“There’s a lot of different people with different voices. Both as a brewery and the beer drinking public there’s enough room for everybody and enough differentiation,” Laffler said.

Though he’s proud of what he’s accomplished with Band of Bohemia’s fine dining style, Carroll still believes in the tradition of the relaxed brewery. When they have the money, he plans to open up a taproom, for a more casual experience, next to his upscale brewpub. Carroll says the saturation is also bringing back the traditional mode of beer consumption: holing up at your local beer garden for a few hours. This works for Chicago, a city of neighborhoods.

“You go back to Germany to a big beer hall you’re there to socialize and talk about things. Have a conversation with people,” said Carroll.

A desire to bring back an “old-world” ale isn’t limited to how it’s consumed.

“Many students want to know how to make Germanic styles of beer. Ten years ago there was little interest in that, but now that’s becoming something that people are interested in,” Hannafan said.

Over at Moody Tongue, Rouben is interested in modernizing the beer drinking experience.

“Chicagoans have always loved food and beer and people are now striving to hold a standard of quality food with quality beer.”

The recent beer boom may have already hit its crescendo, but if Chicago’s history with the beverage tells us anything, it’s that the beer business will manage to stay afloat.

“There’s a humble quality about you if you’re a beer drinker. Chicago is a humble, hard working town filled with beer drinkers,” Carroll said.