Thank Prohibition for Your Fav.. 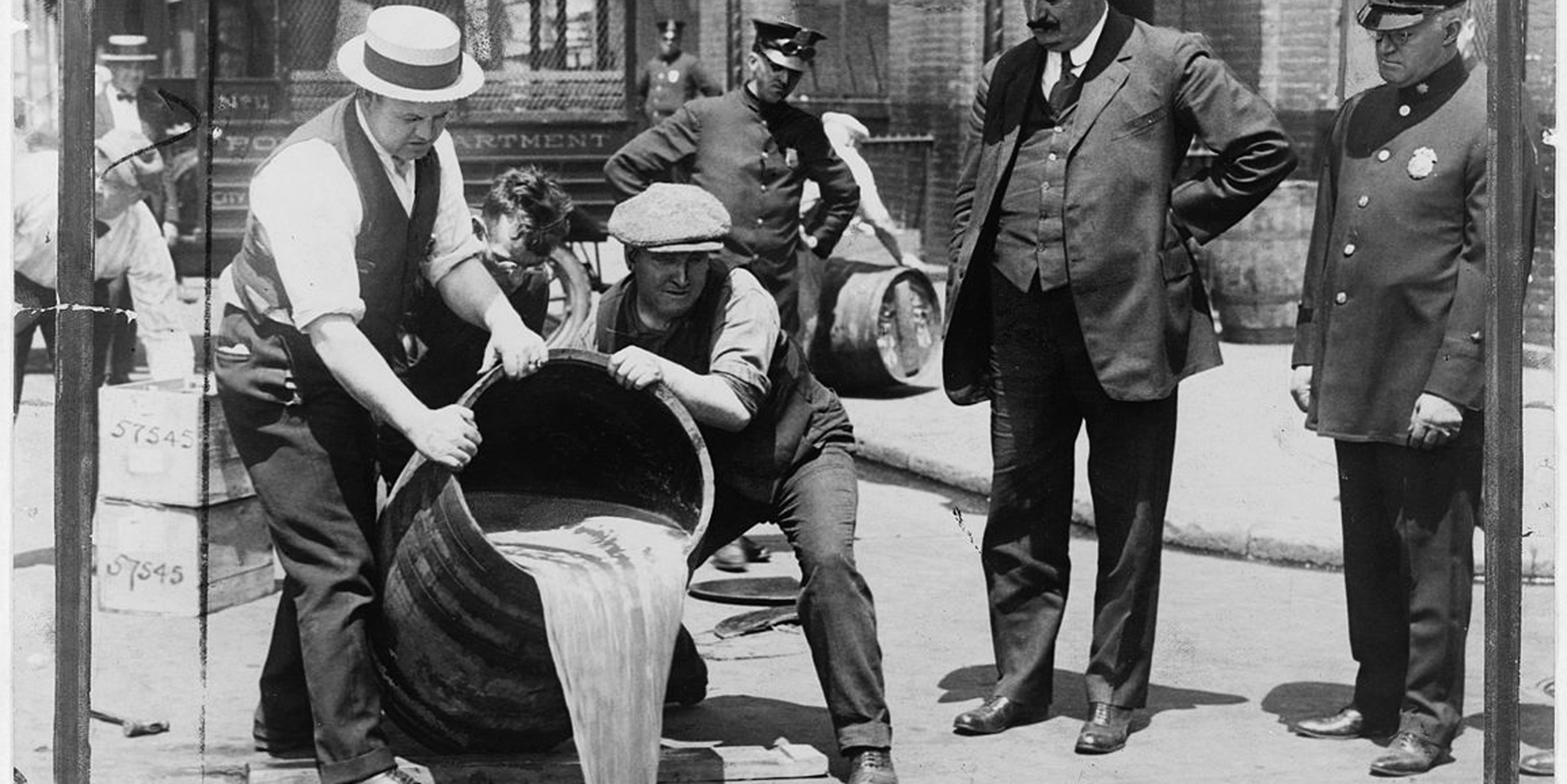 Gangsters, speakeasies and the Roaring Twenties. Much of what defined our image of Prohibition in the United States happened right here in the Windy City, and Chicago would not have been the same without the influence of the temperance movements and mobsters like Al Capone. On the 100th anniversary of Prohibition, it’s a good time to look back and understand how this time period shaped the city.

According to Craig Alton, who runs the Untouchable Tours that go over the city’s gangster past, the history of Prohibition and the history of Chicago are inextricably linked.

From 1920 to 1933, the 18th Amendment to the Constitution was in effect, the result of the decades-long temperance movement that started as a response to growing alcoholism in the U.S. Throughout the late 19th and early 20th century, women who were concerned about alcohol’s negative effects on people’s health and American society advocated for reduced consumption of or a complete ban on alcohol.

This movement culminated in the ratification of the 18th Amendment, which banned the sale and distribution of alcohol. However, because much of the public had not bought into the temperance movement, the demand didn’t go down, creating the space for a bootlegging economy.

In Chicago, gangsters like Al Capone and Bugs Moran took advantage of this; while Prohibition was the law in the U.S., Canada still sold and distributed liquor, so bootleggers would run liquor from Canada down into the U.S. and distribute it across the country.

Much like Chicago today, the city was divided between the North and South sides, with Al Capone running all bootlegging operations on the South Side of the city and Bugs Moran taking over the North Side.

“In our town, it was just kind of a classic nationality versus nationality — Italians versus Sicilians versus Irish,” Alton said. “The South Side Irish were generally on Al Capone’s side because of all the liquor he was running through the neighborhood and they had easy access.”

Throughout the city, evidence of bootlegging tunnels is criss-crossed across different neighborhoods. One famous network is in what is now Uptown that runs under the Green Mill on Broadway, where Al Capone notoriously hung out, to the Aragon Ballroom on Lawrence. These tunnels make up an entirely different city right underneath the one we already know.

The 2200 block of South Wabash Avenue became known as the Levee, Chicago’s own vice district complete with speakeasies, casinos, prostitution houses and all other manner of hideouts for bootleggers and general ne’er-do-wells in the city, along with other pockets of the city known for gambling and prostitution.

Much of what happened in these areas were cons meant to trick newcomers to the city who didn’t understand the deception that went on in vice districts — according to Alton, it was much easier to steal a buck from someone than try to get them to gamble it away.

“Hundreds of thousands of people would come into one of the fastest-growing cities in the world and within two seconds of being here, they would, of course, go to all of the diviest places with all that cards and gambling and girls and they would have everything in their pockets stolen,” Alton said.

Police turned a blind eye to this behavior, adding to the notorious image of Chicago government and police as being corrupt, adding a black mark to the image of the police in the U.S.

“Back in day here, most of the people were Germans and Irish,” Alton said. “These are people who have alcohol in their religious ceremonies and it was an ingrained part of culture…The people who were enforcing, or supposed to be enforcing these laws, were also German and Irish. You were more likely to see a police officer on a corner who you could ask, you know, where his brother-in-law’s speakeasy was, and he would tell you rather than trying to arrest you, so much of the enforcement of these laws was on the feds.”

According to Alton, in the heyday of organized crime under Al Capone, it was estimated that he was giving out over a million dollars in bribes a month to various government leaders and police captains to make sure they all turned a blind eye — to put that in perspective, that is worth about $14.5 million today.

“A fella named ‘Greasy Thumb,’ Jake Guzik, would hop into a car every month with a briefcase full of cash and he would go around handing out bribes,” Alton said. “One day, his driver asked, ‘Hey, Greasy, how much money are we actually giving away?’”

“You know, if we stopped doing this for two weeks, we could own this town.”

And for a long time, they did.