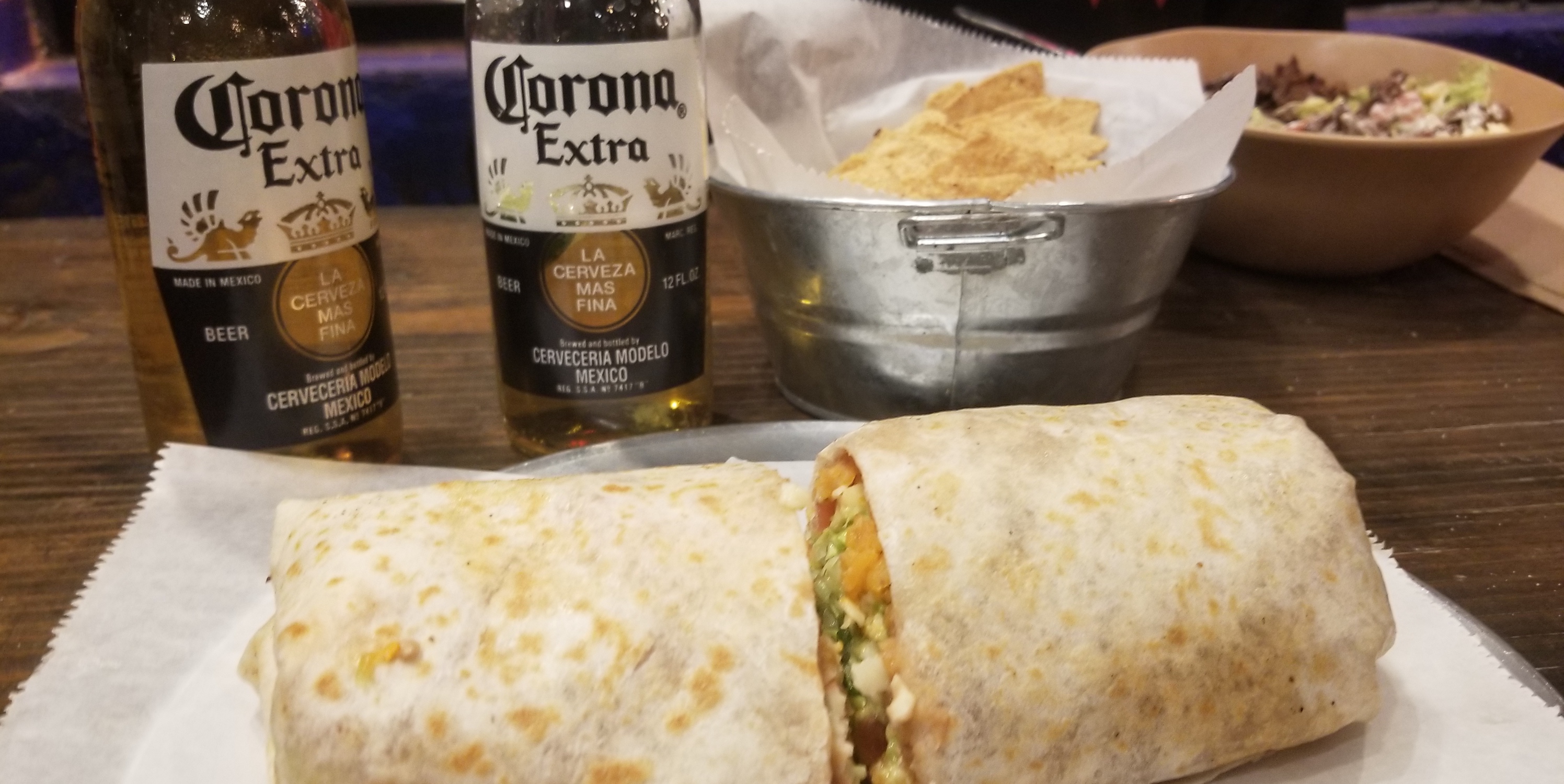 Chicago is a foodie’s paradise. Whether you’re on the hunt for the juiciest beef burger, plant-based comfort food, an authentic bowl of ramen or pho or a cheesy tavern-cut pizza (the real Chicago pizza), the city likely has more than a handful of options to satisfy your taste buds. For many, nothing complements a great meal better than the perfect alcoholic drink pairing, which is why many food and drink enthusiasts find a restaurant’s drink list just as important as its main menu.

But, picture this scenario: you’ve just finished a savory meal at a new restaurant down the street. The food was excellent, the service was quick and polite and the restaurant’s decor is just to your taste. However, you can’t shake the thought of how well your favorite beer/cider/wine would improve the overall quality of your experience, and the only downfall of the restaurant is that it doesn’t have a bar. Should you order your food to-go next time so you can enjoy it with the perfect beverage, but sacrifice the service and ambiance of the restaurant?

Luckily, you don’t have to choose — just bring your own booze! In Chicago, there are nearly 4,800 restaurants that are eligible to be “bring your own bottle” (BYOB) establishments, meaning customers can bring unopened alcohol to a restaurant that doesn’t have a license to legally sell its own booze.

BYOB establishments aren’t uncommon in other cities, but they certainly thrive in Chicago. Chances are you can ask any Chicago resident if there’s a BYOB restaurant in their neighborhood, and they’ll be able to list a handful of them. What many frequent BYOBers don’t know, though, is that the abundance and unregulated nature of BYOBs can actually be traced back to a time in American history when alcohol was illegal and unregulated — Prohibition.

One hundred years ago on January 17, 1920, the 18th Amendment went into effect, which placed a ban on one of the few things that united the working and ruling classes, the young and the old, the rich and the poor: intoxicating spirits. The thirteen years that followed the Eighteenth Amendment would become known as American Prohibition, a period when the production and transport of alcohol was illegal.

The temperance movement that led to Prohibition had honest intentions. Its supporters believed that alcohol was one of the downfalls of the working class and that removing it from society would aid in alleviating poverty. Women who experienced domestic abuse at the hands of their drunken husbands advocated for a society without alcohol, believing it would lead to a life free from interpersonal violence. While there was initially less consumption among the general public and especially in low-income populations immediately following Prohibition, the ban was not actually effective at limiting consumption; it just forced those who enjoyed a good drink to find new — and often illegal — ways to obtain alcohol and other spirits.

When Prohibition ended with the 21st Amendment on December 5, 1933, many states and cities — including Chicago, where organized crime ran rampant — sought out new laws to ensure the newly legalized alcohol business would remain strictly regulated and out of the hands of the criminals who had thrived in the black market during Prohibition.

Chicago’s strict regulation of alcohol following Prohibition can be seen in the hoops the city forced business owners to jump through when applying for liquor licenses. According to WBEZ, any owner or investor with more than 5 percent stake in a business that wishes to sell alcohol must be background checked and fingerprinted, since convicted felons are prohibited from obtaining a liquor license. A limited number of liquor licenses are distributed each year, and the fees associated with obtaining them often aren’t in the budget for new business owners. Other regulations, such as being in close proximity to a church or school, can also limit a business’ ability to obtain a license.

While legal liquor sales are heavily regulated, a lack of regulation of surrounding BYOB establishments gives owners the freedom to create their own rules surrounding alcohol consumption at their respective businesses while only complying with a few basic ground rules. BYOB restaurants can provide customers with glassware and even chill an alcoholic beverage, but their employees are suggested not to open, uncork or pour any alcohol, since this would cross the line between allowing alcohol on the premises and serving it to customers.

Restaurant owners can also establish limits on how much booze an individual can bring and, since an unpublicized change in BYOB laws in 2007, can even charge corkage fees — some of the most expensive ones ranging from $40 to $75. Corkage fees are viewed as a way to help restaurants bridge the gap in income they miss out on from not serving alcohol while still allowing customers to enjoy a drink with their meal.

Since one of the greatest appeals of BYOB restaurants for me personally is being able to dodge pricey drinks, I decided to eat at a couple BYOB establishments that don’t charge corkage fees.

The first stop on my BYOB tour was El Patron, a Mexican restaurant at 6832 W. Archer Ave. in Garfield Ridge. You’ll pay a bit more for your meal here than at an average Mexican joint, but the food is delicious and the ability to bring your own Coronas, mix your own margaritas or bring whatever alcoholic pairing you prefer with your tacos and burritos helps justify the price.

At El Patron, my partner chose a steak burrito bowl and I opted for a large vegetarian burrito, each priced at $8 a plate. Of course, we both paid an extra $2 to add guacamole to our meals. Ten bucks per plate may be a bit more than you’d pay at your favorite local Mexican restaurant, but the ability to bring our own six-pack of Coronas for just over $10 means we paid less than $2 per beer — not bad when you consider the beer list prices at establishments that serve their own alcohol.

For my next BYOB experience, I went across the city to my favorite Mediterranean restaurant, Sultan’s Market at 2057 W. North Ave. in Wicker Park. The food is filling and cheap with plenty of options for meat lovers, vegetarians and vegans, and those with adventurous tastebuds who are always on the hunt for new flavor combinations.

Since my partner had never been to Sultan’s, we decided to try a little bit of everything. He chose the $10 meat combination dinner — chicken shawerma, lamb shawerma, kefta kabob, hummus, salad and rice — along with a cream soda. I ordered the $7 vegetarian equivalent of his meal, which swaps falafel for the traditional meat combo, and we split a baked egg and cheese pie  — and a $6 bottle of Barefoot Merlot.

A standard bottle of wine holds about six glasses, meaning we each had three glasses for just $1 a pop. We walked out of Sultan’s feeling a bit tipsy with full stomachs and a decent amount of food remaining on each of our plates and a total bill that amounted to just under $30.

Sultan’s has been a favorite BYOB spot of mine for the past few years, and I used to take the ability to BYOB here for granted. However, when I consider that just 100 years ago I would have had to sneak around for an illegal drink, I feel blessed to be in a city with so many delicious restaurants that not only allow, but encourage, patrons to pair their food with the perfect alcoholic beverage of their choosing.