What Happened at the Iowa Cauc..

Meet the DePaul Students Who Helped Child After Co...

Meet the DePaul Students Who Helped Child After Coyote Attack 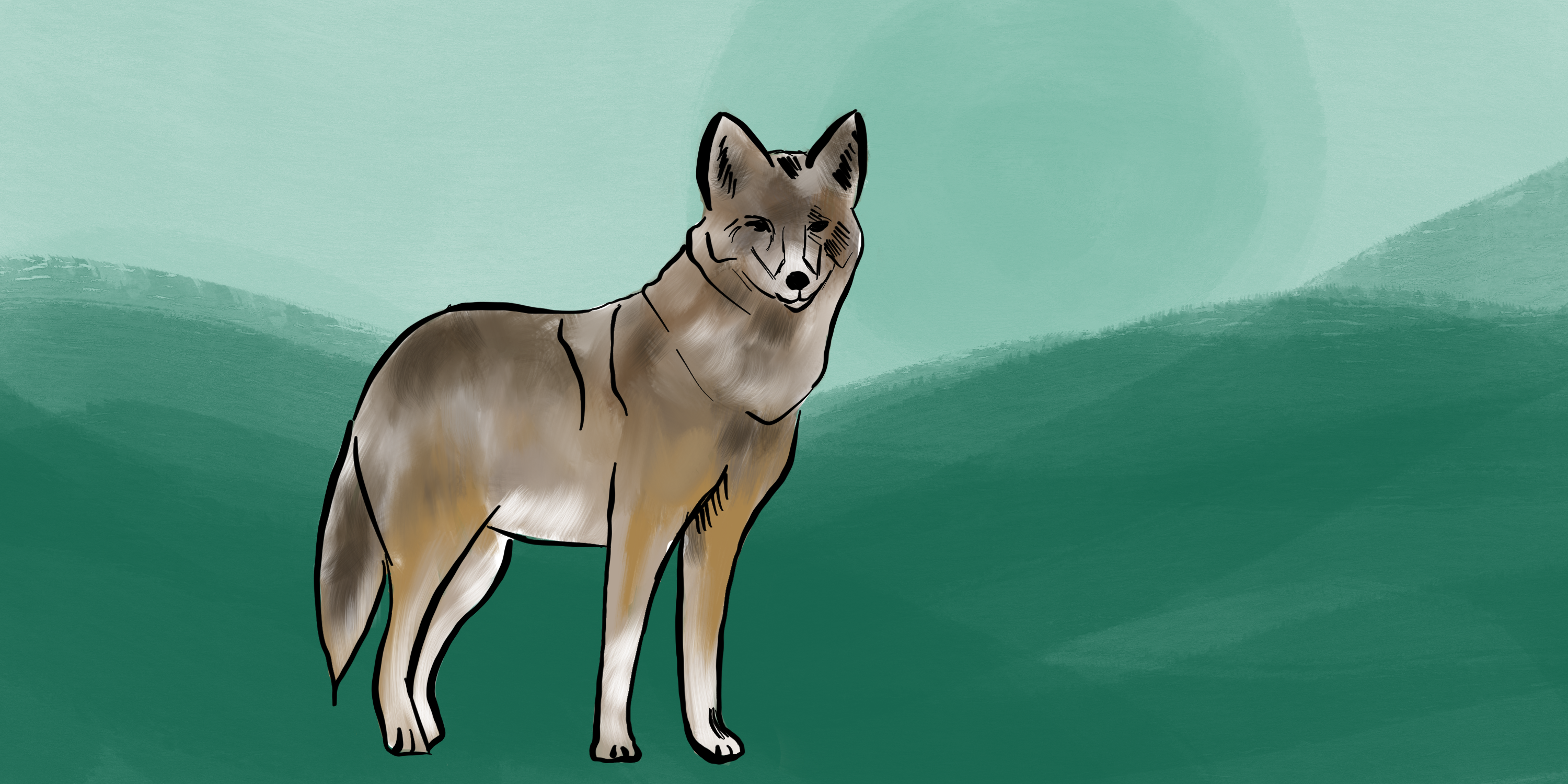 Ryan Taylor and Dominic Bruce are just average 19-year-old college sophomores. Taylor is from New Lenox, a southwest suburb, and is a marketing major with a minor in Spanish. Bruce is from Michigan and is currently an economics major, but hopes to transition into something more health-related. Both of them are on the track and cross country teams at DePaul University, which require pretty intense training that can add up to running 70 miles a week.

But on January 8, they became heroes.

It was 4 p.m. when they heard screaming during their 10-mile run. They were on the south side of Peggy Notebaert Nature Museum near the intersection of Fullerton Parkway and Cannon Drive. They didn’t know what was occurring on the other side of the Cannon Drive until they got a better look. It was a coyote attacking a child.

“It was 100 percent instinctive,” Taylor said about stepping in. “I didn’t double take at all.”

First, they rushed towards the child’s side after his caretaker helped pull him off the coyote. Taylor and Bruce then went to a parked CTA bus, knocking and asking the driver to call the cops because neither of them run with cell phones, but the driver didn’t call. There were other people around the incident who were “kinda being lazy about it,” Taylor said. “They weren’t really doing anything.”

At this point, Bruce took off his sweatshirt to stop the bleeding from the kid’s head. The 6-year-old child had been bitten by the coyote in the head five times, according to Taylor and Bruce. Another bystander lent Taylor their phone so he could call the cops while Bruce got bandages from one of the bus drivers.

The coyote was still lurking in the area behind the brush. Bruce wanted to find the coyote and scare it off because there were children at the playground and people walking nearby. He found a stick to scare off the coyote and warned others of the coyote’s presence. Once he made sure the coyote was gone from the public area, he got on the bus where Taylor and the kid were waiting for the cops.

“He was doing really well for actually just being attacked by a coyote,” Taylor said. They tried to joke around with him to keep the conversation light.

For them, helping out was second nature. “I think both of us were kinda like, ‘We need to,’” Taylor said. “There is no other option. We can’t just leave.”

For Bruce, a collection of experiences and stories helped him figure out what to do in the moment, from his science teacher in high school describing how she helped a man having a heart attack to stories of his grandpa as a firefighter. Most recently, his mother cut her finger while cooking, which influenced Bruce’s response to stop the bleeding from the child’s head. 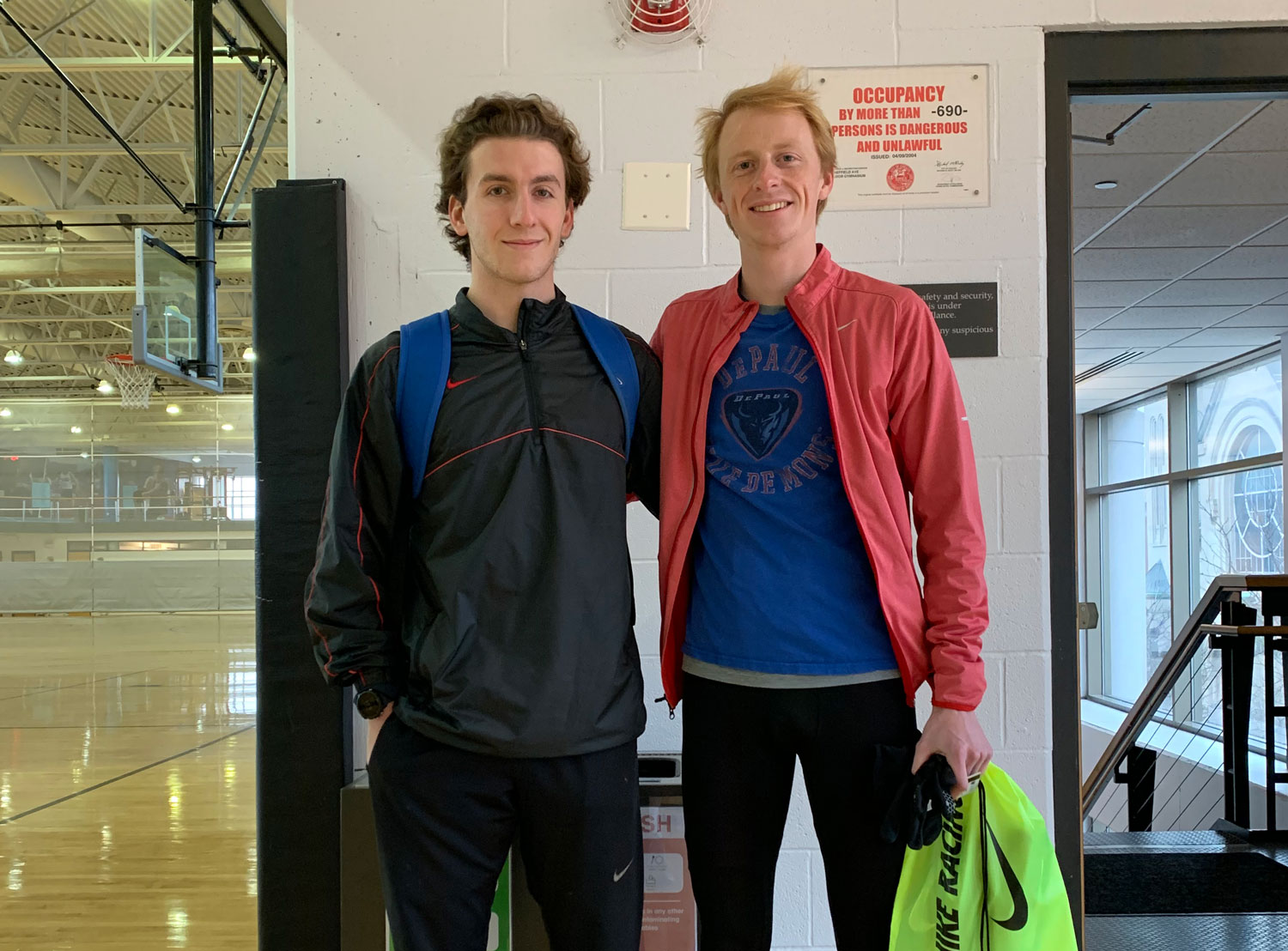 Since then, the men have been all over the news, from local NBC, CBS, ABC, WGN and FOX stations to the Chicago Tribune and the Chicago Sun-Times.

“I would’ve never thought it would be that big,” Taylor said.

Just a day after the incident, Taylor came back from a 10-mile run to the Ray Meyer Fitness Center, when his teammates told him he needed to go upstairs. He walked up to see about five or six cameras, he said.

“I was like, this is unbelievable,” Taylor said,  “I felt really out of place.”

Bruce was about halfway through with his run when their team’s grad assistant drove up to tell Bruce that there was someone that wanted to interview him. Both students were fairly sweaty from their runs.

“It felt insanely weird to watch,” Taylor said, noting “it was on every channel” during the 6 o’clock news.

Taylor even said that he’s been recognized out on runs, and people tell him “good job.” The runners’ good friends, on the other hand, joke around by calling them “big shots.” Taylor said his parents are really proud of his actions. He told them right after, while Bruce informed his parents of the incident by sending them one of the news articles he was in.

“It was pretty cool,” Bruce said, “but at a point, it just makes it seem like it’s about you when it’s about helping out this kid.”

“It was nice to have recognition,” Taylor continued, “but it certainly wasn’t needed. It wasn’t really about that. We weren’t doing it for ourselves.”

The runners haven’t let this incident scare them. “I’m not afraid to go out and run,” Taylor said. “The next day, we went out the same way.”

In an urban area like Chicago, a coyote attack is an especially rare occurrence even though another attack was reported to have happened later that day. However, the source has yet to be confirmed.

Taylor agreed. “I wasn’t too worried.”

Taylor and Bruce describe the coyote as a “big dog,” comparing it to a border collie. Roland Kays at North Carolina State University told the New York Times that coyotes aren’t as dangerous as people suspect, but, people should be alert near them, especially with smaller children.

The coyote from the attack was caught a day after the incident. Chicago Animal Care and Control stated the coyote was more aggressive than most due to being shot by a BB gun prior to attacking the boy.

A coyote bite can give individuals rabies; however, it’s uncommon. It is much more common for coyotes to attack and eat pets, particularly smaller breeds like Yorkshire terriers and Shih Tzus, according to the Urban Coyote Research Project.

The 6-year-old victim and his family wish to remain private from the media. Taylor and Bruce hope to visit the boy soon.

“We just think it would be nice to be able to actually have a connection,” Bruce said.

For Taylor and Bruce, this experience isn’t about their minute of fame.

“Meeting new people, having new experiences that aren’t digital,” Bruce said, “it’s just cool to me. I just found it fun to actually do something.”