Through the Eyes of a Caucus-g..

What Happened at the Iowa Caucus?

Meet the DePaul Students Who H..

What Happened at the Iowa Caucus? 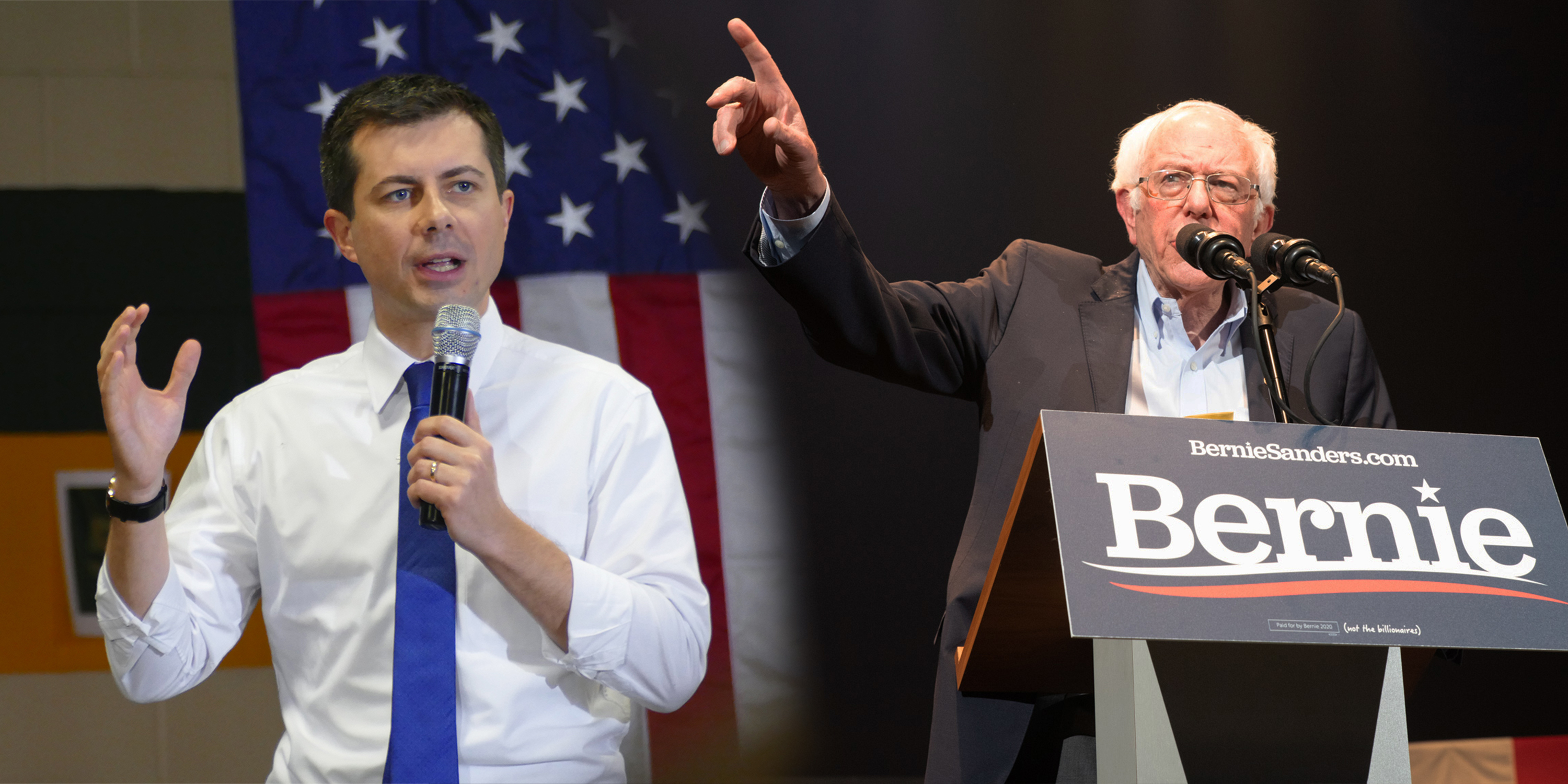 As of Thursday afternoon, the official winner of the 2020 Iowa Caucus remains agonizingly unclear. With 97 percent of precincts reported, former South Bend, Indiana, Mayor Pete Buttigieg leads with 26.2 percent of state delegate equivalents or SDEs, which decide the number of delegates a candidate will get to send to the state convention and are tied to caucus vote tallies and the number of delegates each candidate receives. This is just a tenth of a percentage more than Vermont Sen. Bernie Sanders who is at 26.1 percent.

Buttigieg has the equivalent of a three-state delegate lead, with 550 delegates to Sanders’ 547. However, Sanders won the two most populated counties in Iowa and the popular vote, with 44,753 votes to Buttigieg’s 42,235.

The layers of a virtual tie between the top two candidates come apart in a look at where their delegates may be coming from. Sanders’ success in satellite caucuses across the state and the world –– from college campuses throughout the United States to Tbilisi, Georgia –– for Iowans who could not attend the 7 p.m. caucuses in their precincts could have played a role in his closing climb in delegates. Buttigieg’s delegates were more concentrated in rural and suburban counties in Iowa.

These results come after days of delays by the Iowa Democratic Party. Results weren’t available until Tuesday afternoon, where the party began releasing piecemeal updates as they recounted numbers.

Officials cited a coding issue with the new mobile app designed to report results as the cause, according to the Associated Press. After receiving initial results Monday night, party officials determined them inconsistent and they turned to caucus paper records to collect and match the results for first alignment, final alignment and state delegate results.

The app in question, created by little-known company Shadow Inc., was an attempt to digitize the antiquated caucus process. Precinct chairs’ inexperience with the app in conjunction with new caucus rules being implemented made for a convoluted collection process.

This delay comes at the tail end of weeks of campaigning by the Democratic Party’s large pool of candidates as well as the cancellation of the coveted Des Moines Register Iowa Poll, due to Pete Buttigieg’s name being left off some survey interviews.

A poll by David Binder Research released Monday morning had Pete Buttigieg polling at 19 percent favorability, Sanders at 17 percent, Biden and Warren at 15 percent and Klobuchar at 11 percent.

Previous polls put Sanders and Biden at the forefront. Biden’s lower-than expected poll numbers and votes could be damaging to his campaign going forward.

“The biggest thing is beating Trump,” said Mike Finnerty, a second-time caucus-goer at a Klobuchar rally on Sunday, February 2. “Education and climate change, too. Farming is really big here, I mean, it’s all about how we grow things. My wife works in agriculture, so it’s certainly important to us.”

The botched result count could potentially spell trouble for Iowa’s future caucuses, compounded with criticism that Iowa’s demographic makeup as a 90 percent white, largely rural state makes it unfit to have the first say in the nomination process.

“Part of me thinks it is because I think we have a lot of people who are thoughtful and informed and research well in Iowa,” said Kelly Joseph, a 40-year-old mom of two young daughters at a caucus in Mount Vernon. “But part of me thinks we aren’t a very diverse state and makes me think that maybe we don’t deserve to go first.”

Polls headed into the contentious weekend before New Hampshire’s primary on Tuesday have Sanders on top by at least 9 percentage points in his neighboring state, followed by Buttigieg and Biden. With the historic chaos of the 2020 Iowa Caucus fading, the pressure is on for the Democrats to determine a solid frontrunner.