How El: The Chicago Transit Adventure Board Game G...

How El: The Chicago Transit Adventure Board Game Gives Players a New Way to Interact With the Everyday 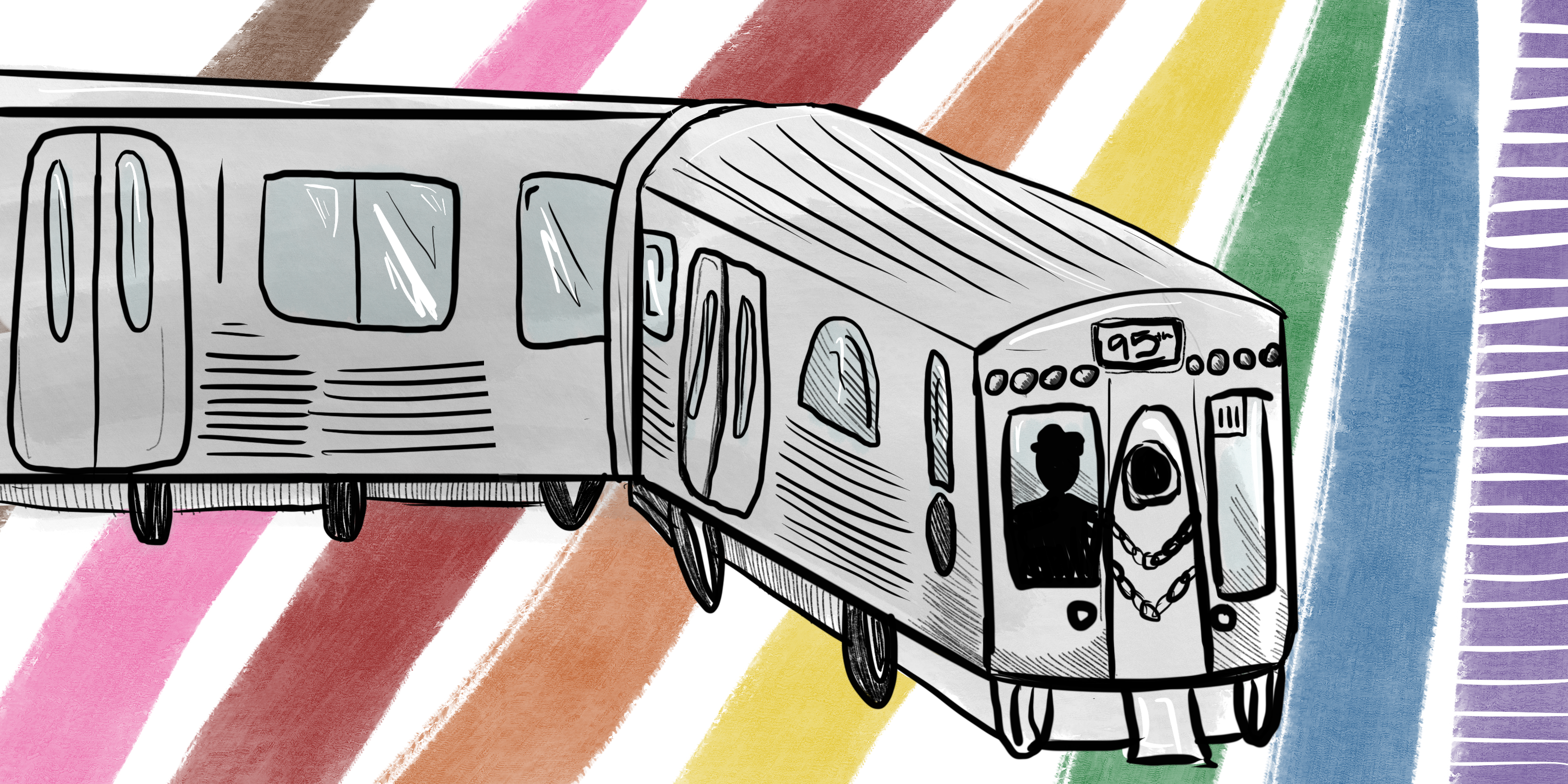 There are a lot of strategies involved with using the CTA. Planning efficient routes, perfectly timing your transfers, and avoiding big crowds are skills that only come with time, trial and error. Familiarity with public transportation is essential to Chicago residents and tourists. After all, there were over 460 million total CTA boardings in 2018 alone.

Other than on commutes or giving directions, there aren’t many times when navigating the CTA can be seen as advantageous, but knowing the fastest way to get from Logan Square to Pilsen might come in handy when playing EL: The Chicago Transit Adventure board game.

The CTA-themed game, distributed by the local company and store Transit Tees, was created by store owner Tim Gillengerten and art director Tom LaPlante. After the popularity of their Uno-style card game Loop: The Elevated Card Game, they decided to tackle a more expansive board game. “We laid out a map of the CTA and grabbed some little pieces from around the office and just started rolling dice and dealing out stations and seeing what worked and what didn’t,” LaPlante says.

Making a game board out of an already established map has its advantages. It gives people not familiar with the CTA an opportunity to learn about the system and those who are familiar a chance to see their lives reflected in a new way.

“The fact that you could actually use your knowledge of the ‘L’ to help you win because the game didn’t deviate from the structure [is] pretty cool,” Dominic Marlow says. He played the game with some friends shortly after its release and has real-world connections to the design and layout. 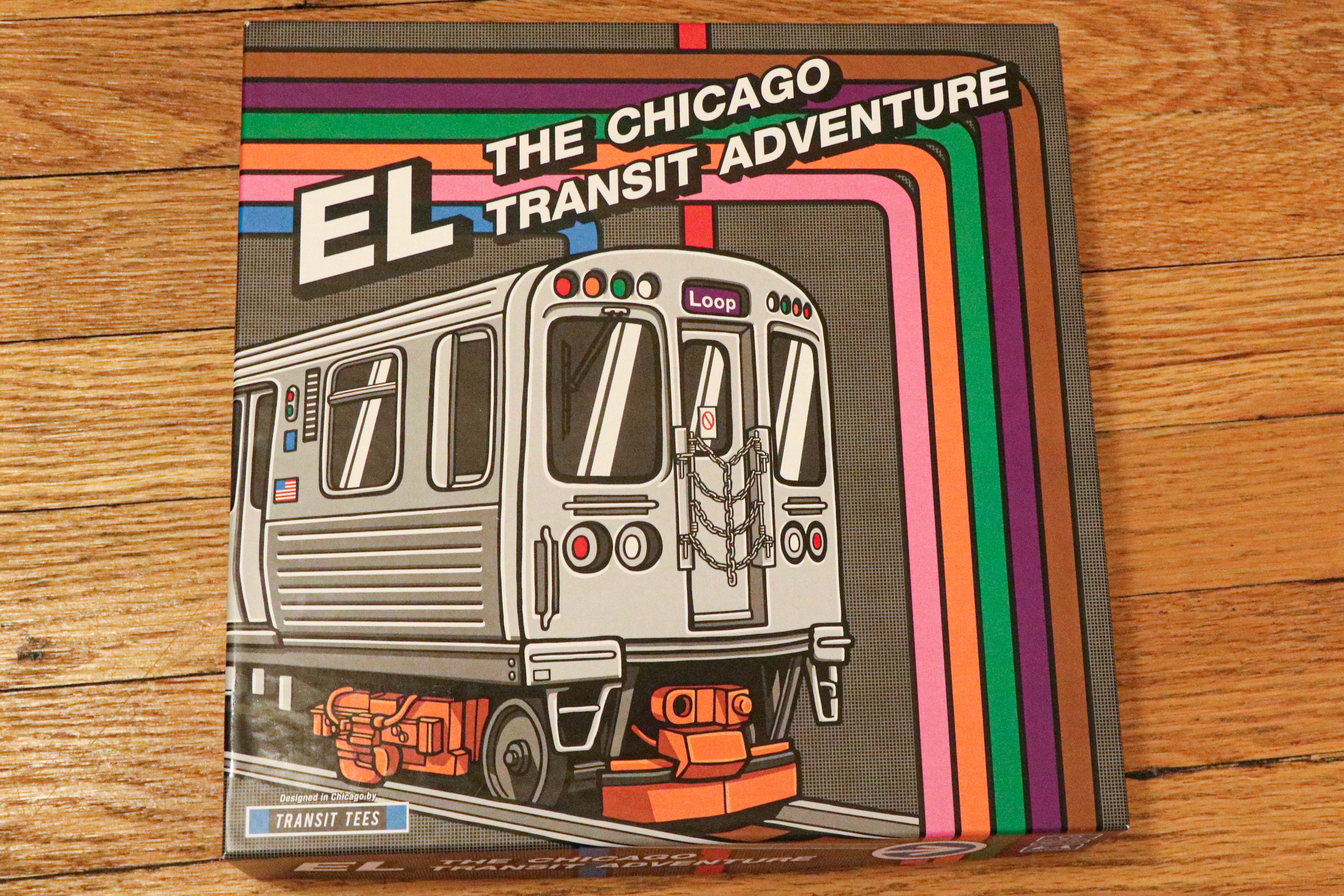 Marlow, 24, is in graduate school at the University of Illinois at Chicago (UIC) getting his master’s degree in city design. “A lot of times I’m literally making maps of the train systems, so it’s just a pretty integral part of my life,” he says.

The game debuted at a launch party and made its way into stores in November 2019. The Tribune, Block Club and other local news outlets had written about it, and news of the game started circulating through grassroots social media groups.

The goal for the year was to sell about 500 games. Their first run of 2,000 was pretty much pre-sold.

“It was a very strange moment when I realized that the games were all going out there, but most people hadn’t played it,” Gillengerten says. “We’d play-tested it and felt really good about it, but I was just realizing like, ‘Wow, this game’s about to launch publicly and thousands of games are going out but no one’s ever played it yet outside of our group.’”

The second round of games at Transit Tees sold out almost as quickly, and now their third batch is on the shelves.

In the game, each player starts at the State/Lake ‘L’ station. Their objective is to use CTA train and bus routes to visit five destinations drawn at random and make it back to State/Lake before anyone else. Along the way, players might get slowed down by a Cubs game at Addison or they might get lucky with free transfers on New Year’s Eve.

Getting a handle on the rules of a new game can take a few play-throughs, but Jason Chester, 34, didn’t find them to be excessively complicated and has found the game increasingly enjoyable each time he played. “I think it’s funny how they took real-world events, that when they happen in the moment can be frustrating, to kind of turn them into these fun little condition cards that makes you laugh at it,” he says.

Similarly, Brianna Reno, 21, found the relatable aspect of the game endearing. “There’s something exciting about being able to travel around the game board like you would in real life and seeing train stops on the game board and know you’ve actually been there,” they said.

Maybe you don’t pay much attention to what happens on your commutes, but somewhere in the back of your mind there’s probably a memory of a particularly crowded train car during Lollapalooza weekend or coincidentally seeing the holiday train. You might have written these moments off as unimportant, but those small experiences are something that so many people recognize. 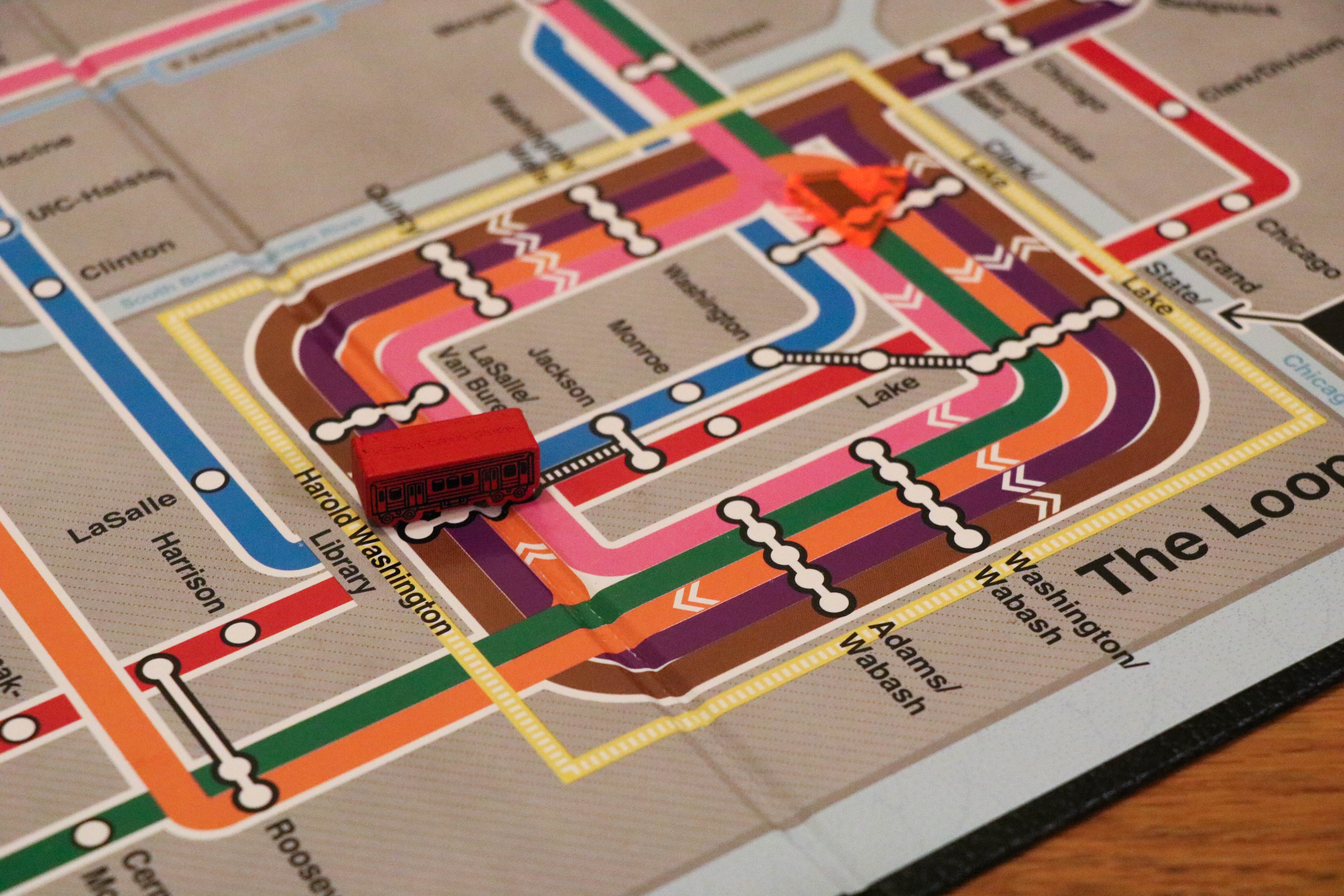 So why a board game?

“As our world is moving to become more interactive in a lot of ways we are becoming a more participatory culture with all of our different media products,” says Paul Booth, a professor of Media and Cinema Studies (MCS) at DePaul University. “Looking at how [board] games exemplify that serves as a kind of microcosm for that activity.” (For disclosure, I’m Booth’s graduate assistant and I’m enrolled in the “Board Games as Media” class.)

Booth teaches a MCS class at DePaul called “Board Games as Media” in which students analyze board games as media texts. While media studies typically revolves around content like movies and television, board games also have a way of conveying information to an audience. “Like any text that is produced in a culture, board games are going to reflect aspects of that culture in their production,” Booth says, and whether you love it or hate it, the CTA is part of Chicago culture. 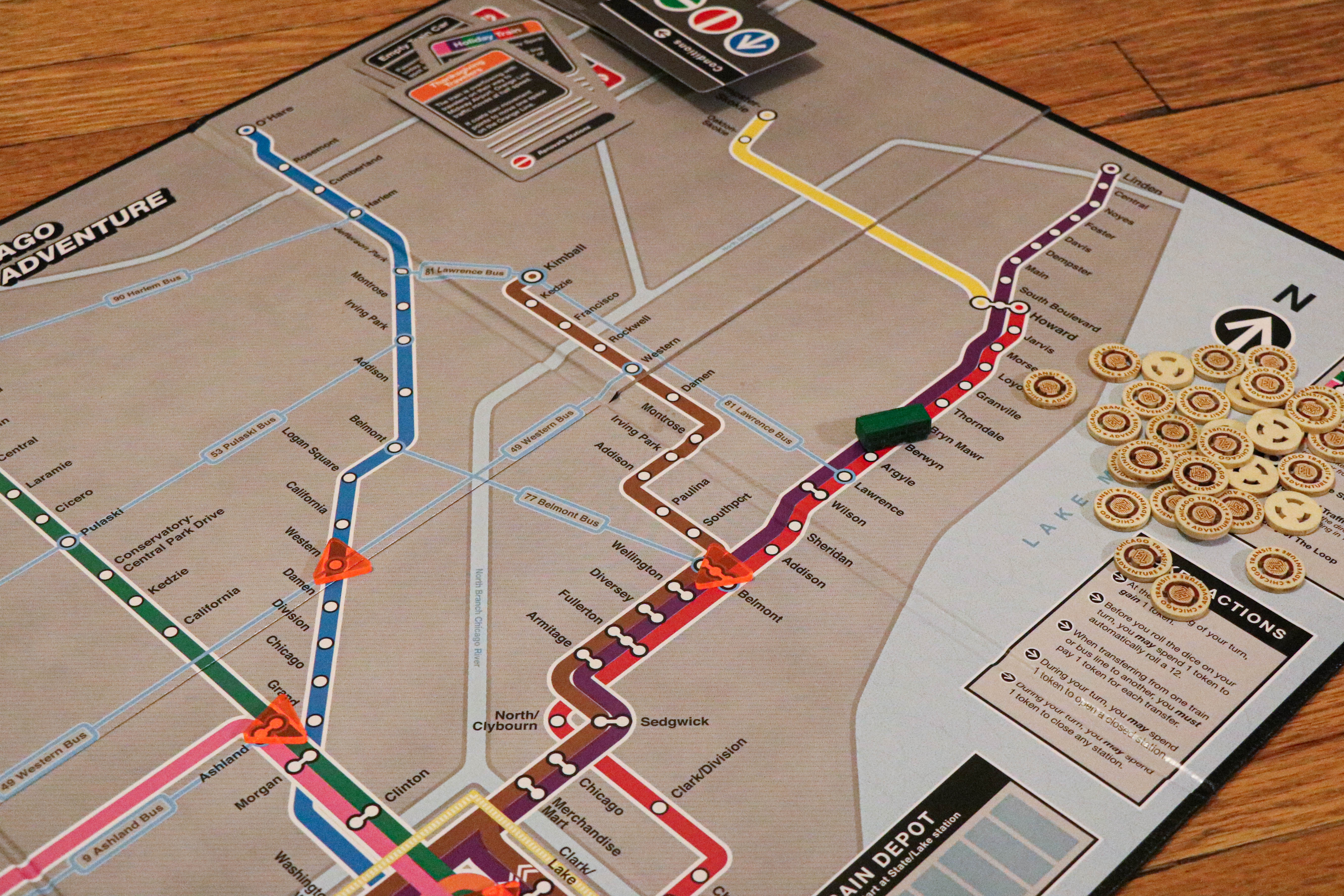 Mass transportation has a unique way of bringing people together that lends itself well to the interactivity of board games. Similar city-specific public transit themes have come up in other board games such as On the Underground: London/Berlin and Ticket to Ride: New York.  In either situation of physically riding the trains or playing the games, people are making plans and engaging with others in a way that’s hard to get with a movie or show.

“What board games bring are some very specific kinds of attributes that other media don’t have [such as] strategy, luck, mechanics, social interaction and interactivity,” Booth says.

Experiencing that connection with people or experiences can offer a different perspective to those situations. Just because something happens daily doesn’t mean it’s always the same.

“I think anything that just takes something that seems very monotonous and mundane and every-day and making it fun [by] putting some strategy behind it is great,” Chester says.

It may seem like a paradox to find excitement in banal occurrences. Taking the same train line every day for school or work can get monotonous. Station closures (especially all of the Red Line ones going on right now) can get frustrating. Rush hour crowds can get annoying. But to engage with the familiar in a new way is to celebrate the ordinary. So the next time a swarm of pigeons on a public transit platform makes you late for a meeting, think of it as a game, and as the CTA voice says, “Your cooperation is requested.”