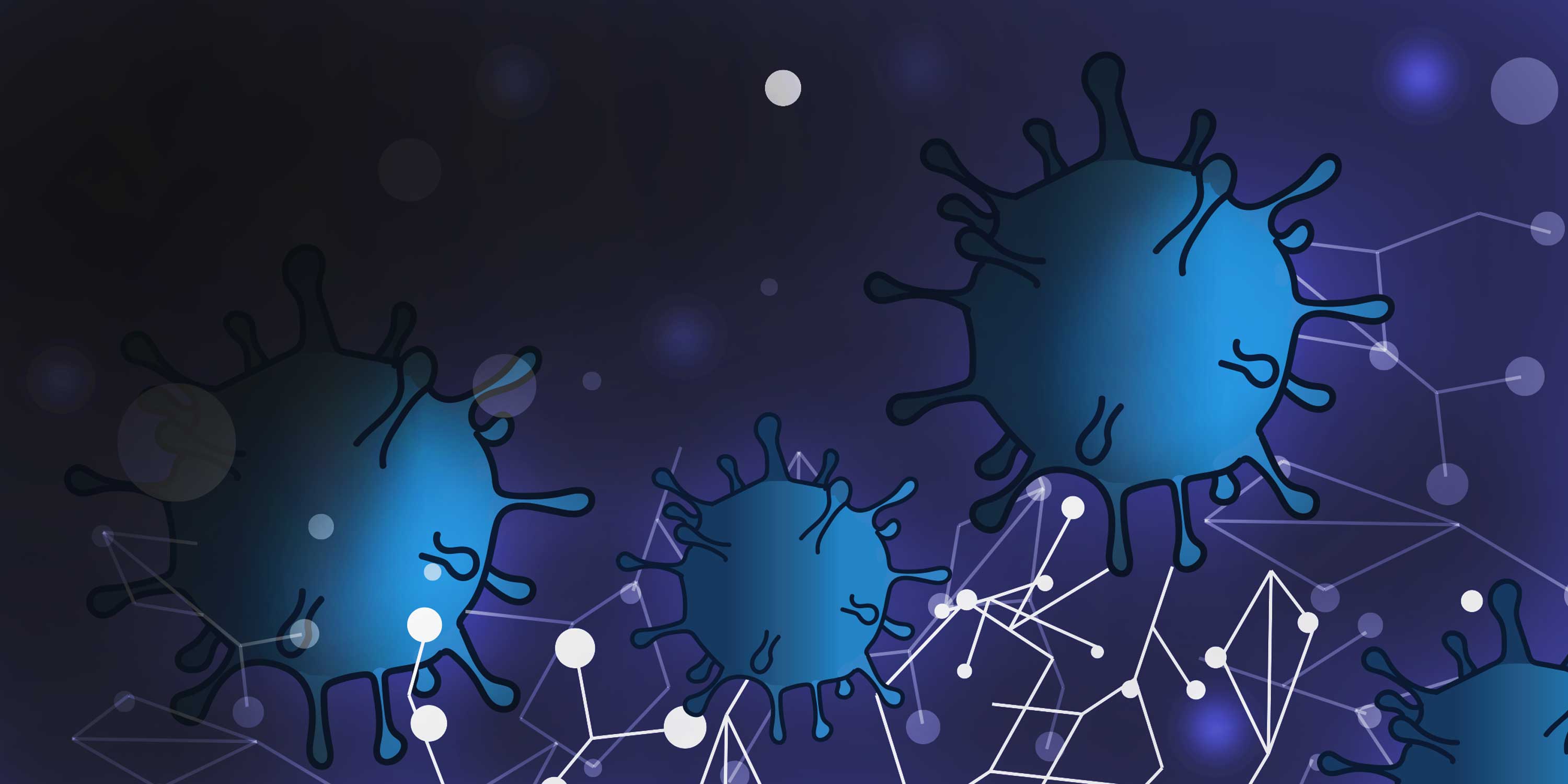 On the afternoon of Friday, March 13, a coalition of over 25 DePaul student organizations and leaders called the “Left Alliance” put forth a list of six core demands accompanied by a petition which over 1,200 DePaul community members have signed.

The demands include but are not limited to clarification of tuition costs, clarification of the availability of DePaul facilities, and a guarantee that no student will go homeless as a result of the closing of the majority of on-campus housing.

The Left Alliance also demands that all employees, faculty and staff alike, are given paid time off, the movement of the deadline of Winter Quarter finals to April 3, passing grades for all students on their finals, adequate training for all professors to conduct courses online and on-campus facilities provided to students who do not have online access at home.

Some things, DePaul has already done for the student population. This includes the waiving of the Student Activity Fee, Athletic Fee and CTA U-Pass fee for the Spring Quarter; and all CTA U-Passes will remain active regardless of the elimination of the fee. Additionally, professors were given the freedom to alter or eliminate finals as they saw fit.

A coalition of student organizations on campus have come together to demand answers about the resources that students will be receiving in light of the university's closure. Attached is a list of our demands and concerns from the university, for which we expect a response no later than Monday, March 16th.

The demands were sent via email to the Office of the President, Dean of Students Office, the OTE (online teaching evaluations) Blue email, Interim Provost Salma Ghanem, the DePaul Newsroom and the DePaulia. The demands and petition were also circulated throughout social media by various students and organizations.

All of the offices that received the email were contacted by 14 East but did not provide a comment.

The Left Alliance requested that the university respond to the demands no later than Monday, March 16, and that they “provide clarification on all these questions as soon as possible out of courtesy to the students and community members of DePaul University.”

The idea to create the list of demands came after the March 11 announcement that most university classes and offices would be moving online for the remainder of Winter Quarter and the entirety of Spring Quarter.

In response to the burst of questions and complaints across social media by DePaul students, the Left Alliance, which is compiled of politically left-leaning student organizations such as Campaign Nonviolence DePaul, Students for Justice in Palestine, Black Artist Network, DePaul Student Worker Solidarity, IMPACT (I Matter, Political Activism Can Too) DePaul and more, decided that action needed to be taken by students themselves.

Amidst the recent school and university closures, there have been many issues left unaddressed by @DePaulU .Campus organizations have put together a list of demands‼️✊#WhatMustBeDone #DPUCOVID19 #JustCOVIDResponse #TakeCareDePaul

our generation really do be joking abt everything lmao https://t.co/asDva7GpdF

According to student organizers, at the DePaul Socialists’ Thursday night meeting, the group created a list of main concerns students had been voicing via social media. They then sent the list to the other organizations within the Left Alliance.

“[We] want to stress that we put in a lot of work and hours creating this list not out of being ‘spoiled’ or ‘self-centered’ as some Facebook parents are saying, but for the betterment of all students and staff affected by this rapid change, as the university failed to release enough information with their initial announcement,”  the DePaul Socialists wrote in a statement to 14 East.

“We as students are entitled to answers and are entitled to the resources that we pay for vis-à-vis tuition. DePaul made a commitment to the students and staff whom they are now placing in extremely vulnerable positions both physically and financially.”

Members of other organizations within the Alliance commented on their convictions that led them to endorse the demands put forth by the DePaul Socialists.

“The university was extremely vague, and there are a lot of people that are going to be seriously impacted,” said Camila Mariana Barrientos, president of DePaul Alliance for Latinx Empowerment (DALE).

While she has numerous concerns, she spoke specifically about how these changes will impact Black, Latinx and APIDA (Asian, Pacific Islander, Desi-American) students who no longer have access to the Office of Multicultural Student Success (OMSS) and the cultural centers.

“Most if not all of the Black and Brown folks are directly impacted by this considering the university will essentially shut down OMSS and the cultural centers; there are not platforms for that type of community online.”

Tuyet Anh Le, president of (APIDA) Sisterhood Uprising discussed the added stress that was brought on by DePaul’s abrupt announcement.

“We’re all trying to process and specifically with the APIDA community, it’s been a hard quarter,” she said.

“A lot of us have joined together because of being racialized and politicized; being an Asian body, this is very scary.”

She went onto discuss the racism she and other members of DePaul’s APIDA community have been experiencing specifically regarding the stereotypical racial profiling of Asian people as carriers of COVID-19.

Le found solace and support within the DePaul APIDA community. However, after the March 11 announcement, she feared that the loss of both community gatherings and space would threaten that.

“DePaul’s decision and the way they communicated all of it, the way they sprung it on all of us, it’s hard to process it,” she said.

“I am not a virus, I am not something to be feared.”

Another student leader that signed on in support of the demands is Kelly Garcia, Student Government Association (SGA) senator of mission and ministry.

As both a student employee who receives her housing, income and healthcare through DePaul and a member of SGA, Garcia is critical of the manner in which DePaul has handled the crisis.

While she provided 14 East with comments on the situation, she also actively uses her social media platforms to voice her concern.

“They should’ve planned more and talked to and consulted with faculty before [sending the email],” she said. “That’s ridiculous, you then have a bunch of staff employees running around trying to figure things out.”

“This makes me feel insecure —  as a student, I envision them having a plan for anything,” Garcia said.

She continued to comment on the emotional toll the university’s rushed actions had on the student population — especially considering that the announcement was made at a time in which students were preparing to take their finals. She felt the only safe space where she could voice her concerns was the Office of Mission and Ministry.

The university did not provide a statement in response to the demands by March 16 and has yet to do so as of 8 p.m. on Thursday, March 19. Despite further explanations in some the updates released by the university, several of the demands have not been directly met or commented on by university officials, particularly the demand that the university provide clarification regarding what campus buildings and facilities will be available to students. Updates regarding facilities continue to change.

Early on Thursday, March 19, the Left Alliance issued the following statement to 14 East:

“The Left Alliance has not stopped working together since we initially released our demands. Our current project is gathering testimonials from students struggling during finals right now. With the stress of the pandemic, it’s [been] very difficult to focus on doing our finals and many students are concerned about their grades.

“So, we’ve set up this google form for students to share their concerns in, so we can show them to the university and publically to demand that the grades for winter quarter finals not count negatively towards our overall class grade. Several other universities have already implemented this, including Northwestern.

“While it’s hard to organize under quarantine, we’re doing what we can to stay alert and connected.”

14 East has collected (and is continuing to collect) questions from community members regarding the virus and stories about how it is affecting the DePaul community. Share with us what questions you have or what you have experienced below.

We’re also launching a twice-weekly newsletter, subscribe to stay up to date with all things COVID-19 at DePaul.