Updates on DePaul’s On-Campus Housing: What Residents Need to Know

Since DePaul announced on Wednesday, March 11, that DePaul’s on-campus residents would have to vacate their residence halls, there has been a rush to relocate nearly three thousand residents that live on both DePaul’s Lincoln Park and Loop campuses. That rush was accelerated on Wednesday, when residents received an email from the Department of Housing moving up their move-out date by a full day, from Sunday, March 22, to Saturday March 21, at 5 p.m.

Updates to university emergency procedures in response to COVID-19 have come almost daily via email to faculty, staff and students. While some updates are merely informative, others announced not only significant alterations to on-campus housing but also the closure of nearly all DePaul buildings.

This includes abruptly announcing on Tuesday the closure of the Ray Meyer Fitness Center and the John T. Richardson library that same night at 8 p.m. It was announced over the weekend that the Loop Campus library would also be closing. All library closures include the closures of computer labs as well.

Be healthy. Be smart. You can do this. #TakeCareDePaul

As the presence of COVID-19 both in Chicago and at DePaul itself continues to spread, so will DePaul’s rapid changes to respond to it.

In the wake of the chaos surrounding COVID-19, here is what DePaul’s on-campus residents need to know.

Who’s allowed to stay on campus?

After the deadline to complete the Housing department’s form to remain on campus closed on Monday, March 16, DePaul informed on-campus residents if they were able to keep living on campus.

The Department of Housing has not released an official number of students that were granted on-campus housing for Spring Quarter. However, a total of six Resident Advisors (RA) and four Facilities Assistants (FA) were selected to remain on campus and will be in Belden-Racine Hall. 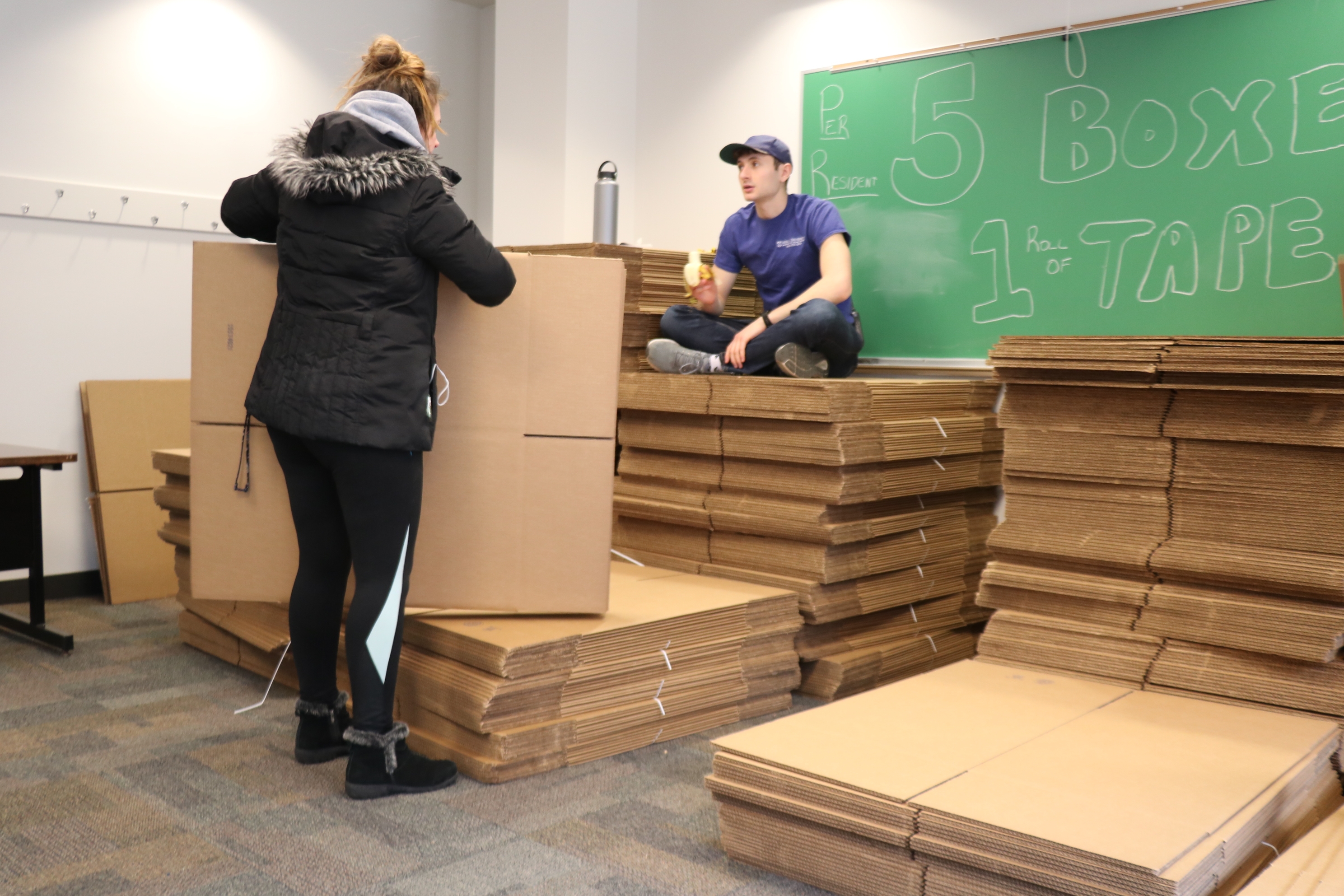 Outside resources for housing-insecure students

Emily Edwards, program director of Depaul USA’s Chicago chapter, DAX, has been on high alert regarding the increase in housing need for DePaul’s on-campus students who are soon going to be left without housing.

DAX is a program that helps provide housing and special resources for homeless or housing-insecure college students. When DePaul announced it would close its residence halls, Edwards sprang into action.

On top of her continued communication with DePaul’s Dean of Students, Edwards is working to compile a list of homes that are open to hosting college students. Normally, DAX mandates that hosts provide housing for at least a quarter, but considering the urgency and height of housing need, hosts are allowed to open their homes for a shorter amount of time.

“We doubt the supply will be able to meet the demand,” Edwards said. “But we are working to figure out what it responsibly looks like to put people in host homes without putting them more at risk.”

Despite the rushed circumstances, all hosts will have to submit to a background check and phone interview before any students are placed in their homes.

If you or anyone you know are willing to host a student, or are in need of housing, contact Emily Edwards, the Chicago program director for Depaul USA’s Dax Program, with any questions or concerns: emily.edwards@depaulusa.org or (615) 418-8800.

What you need to know about move-out

Each student gets one moving cart, five cardboard boxes and a roll of packing tape. Students can get all of this from the Munroe Hall classrooms (2312 N. Clifton Ave). Moving carts are available on Friday, March 20, from 9 a.m. to 8 p.m. and Saturday, March 21, from 9 a.m. to 5 p.m.

Before leaving, students need to return their room key to checkout stations and return mailbox keys to the Lincoln Park Student Center, suite 317.

Who can visit residence halls?

DePaul has implemented a stricter guest policy for students who currently remain on campus.

Effective on Tuesday, March 17, all guests are limited to immediate family members and up to three move-out guests. Social guests are no longer permitted.

The housing department did not say how long this policy would be in effect for students remaining on campus through Spring Quarter.

For any other questions regarding on-campus housing, visit the Department of Housing’s website which features a list of FAQs.

14 East has collected (and is continuing to collect) questions from community members regarding the virus and stories about how it is affecting the DePaul community. Share with us what questions you have or what you have experienced below.

We’re also launching a twice-weekly newsletter, subscribe to stay up to date with all things COVID-19 at DePaul.

Editor’s Note: Since publishing, DePaul has decreased the number of residence halls students will be living in from two to one.  A change has been made to reflect this on Friday, March 20 at 1:48 p.m..