The Illinois Primary, During a.. 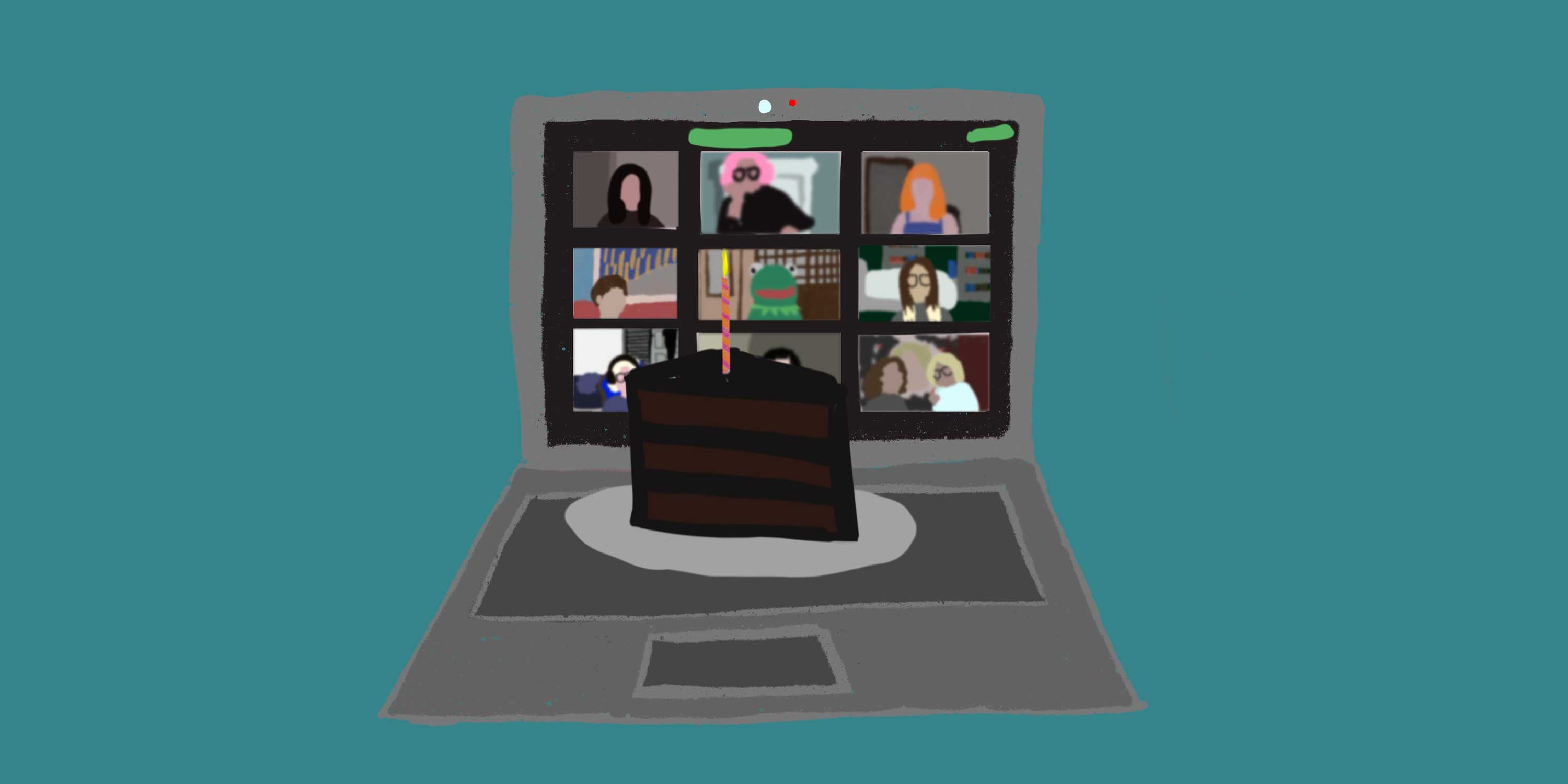 When I woke up on my 19th birthday, the first thing I remember thinking was “I can’t wait to be 20.”

Nineteen, to me, just seemed so unremarkable — a transitional period between the benefits of turning 18 and the excitement of starting a new decade.

Now, amidst a global pandemic, my friends’ futures thrown into uncertainty and finals week, turning 20 has been the last thing on my mind.

The realization hit me on the Sunday night before my birthday while juggling headlines and deadlines — my birthday was Wednesday, and I wouldn’t be with my friends to celebrate it.

It was bittersweet — on one hand, I was grateful that Illinois Governor J.B. Pritzker shut down establishments, because flattening the curve is our best bet at curtailing the effects of COVID-19. Restaurants should be closed, bars should be closed and it’s on us to do as much as we can to limit the spread of the virus.

But on the other hand, I’m turning 20 and I can’t be with my friends, or even go out to eat and treat myself to a solo dinner, or hit up a museum and spend a day to myself.

So. taking cues from Wirecutter and the trend that has popped up in Japan of letting loose over video chat with friends (a Japanese phrase, on-nomi, has cropped up to accompany it, translating to “online drinking”), I did something unorthodox, yet understandable: I had my birthday over Zoom. This is how it went.

Zoom, created in 2011 and launched in 2013, has quickly approached Skype and Google Hangouts as the preferred video conferencing tool for businesses and birthdays alike.

I conducted extensive research on the best platform for my extravaganza. I finally settled on two contenders: Zoom and Discord, a messaging system made popular by the gaming community, because of each platform’s screen-sharing ability.

Discord operates on user-created servers made up of individual channels, which makes it a good long-term solution because servers can be customized to fit the needs of the people using it. Previously, only nine users at a time could share screens, though Discord has increased this limit to 50 in light of COVID-19.

Zoom, though slightly more impersonal and professional, is simpler to set up and allows for up to 100 participants per call on a free plan — perfect for a college rager.

The ability to screen share with that many people was critical for the planned festivities: a screening of the 2004 Nicolas Cage/Sean Penn classic National Treasure, along with a PowerPoint party, in which guests make a slideshow presentation on a niche topic of their choosing, and give it to a captive (in this case, virtual) audience.

I invited a mishmash of friends, hoping for a little bit of chaos to ensue, and ensue it did. 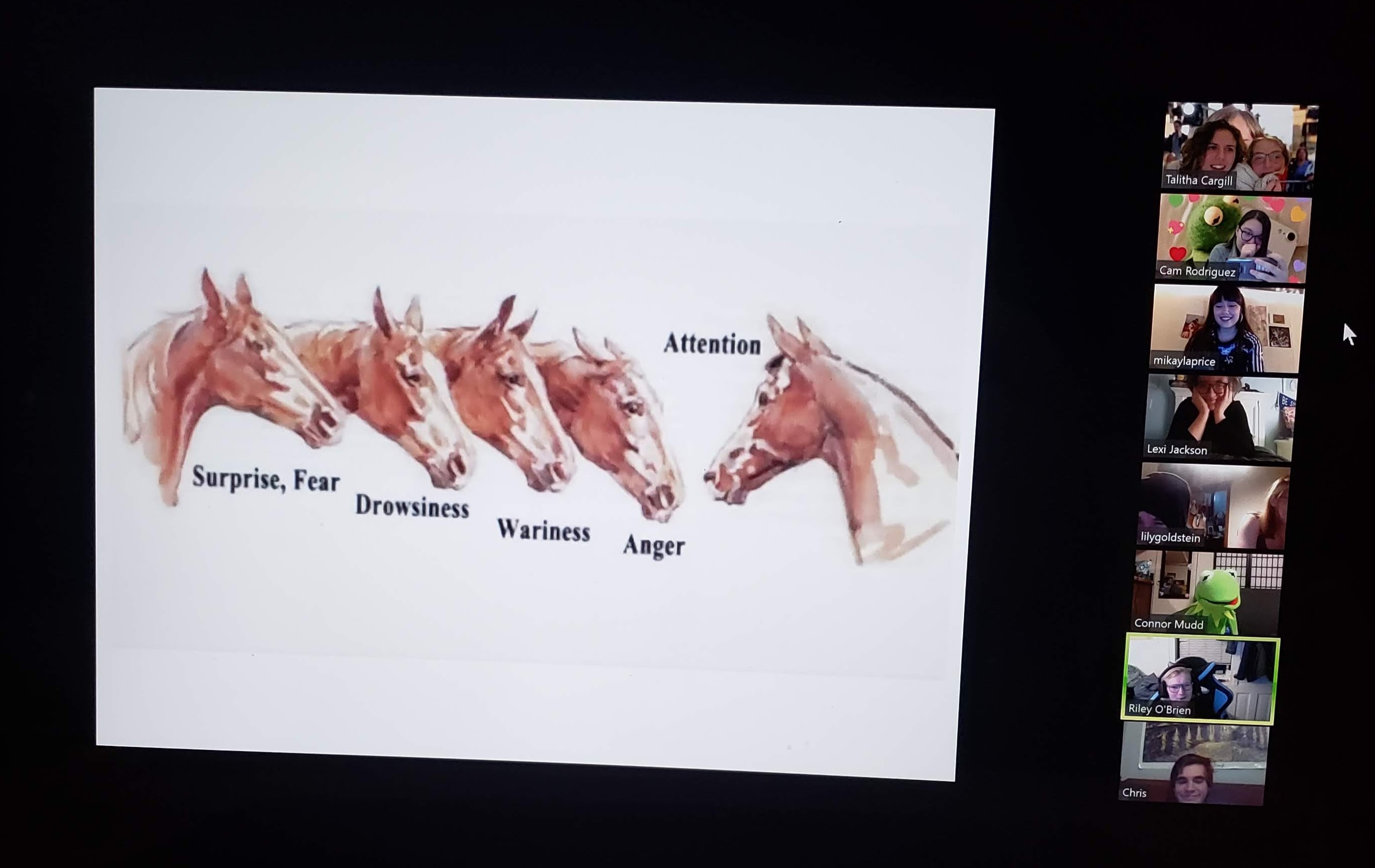 One friend hopped onto the call as Kermit the Frog, committing to a bit of using a Kermit voice and hand-puppet instead of his face. Another changed her background to Peppa Pig, then a bowl of baked beans, then back to Peppa. A third made a presentation on the dubious background of Kirby, the lovable pink Nintendo character.

The plans fell apart pretty quickly after the presentations — technical issues made National Treasure an impossible feat (I’d highly recommend Netflix Party to avoid this), network connections were unstable and computers ran out of battery. To say that this conference call in any way resembled a traditional birthday party was a stretch — this was organized chaos, controlled only by Zoom’s interface and the mute button.

But it was being able to see my friends, faces I hadn’t seen in what felt like forever, that made the call special. Instead of worrying about our jobs, housing or education, we learned about Kirby, Kermit the Frog and an “ultra-niche” German play, Krankheit oder Moderne Frauen. Wie ein Stück (Illness or Modern Women). I cracked jokes with my friends, goofed around with Zoom’s virtual background tool and humanized the platform that I’ll likely be spending the rest of my academic year on. 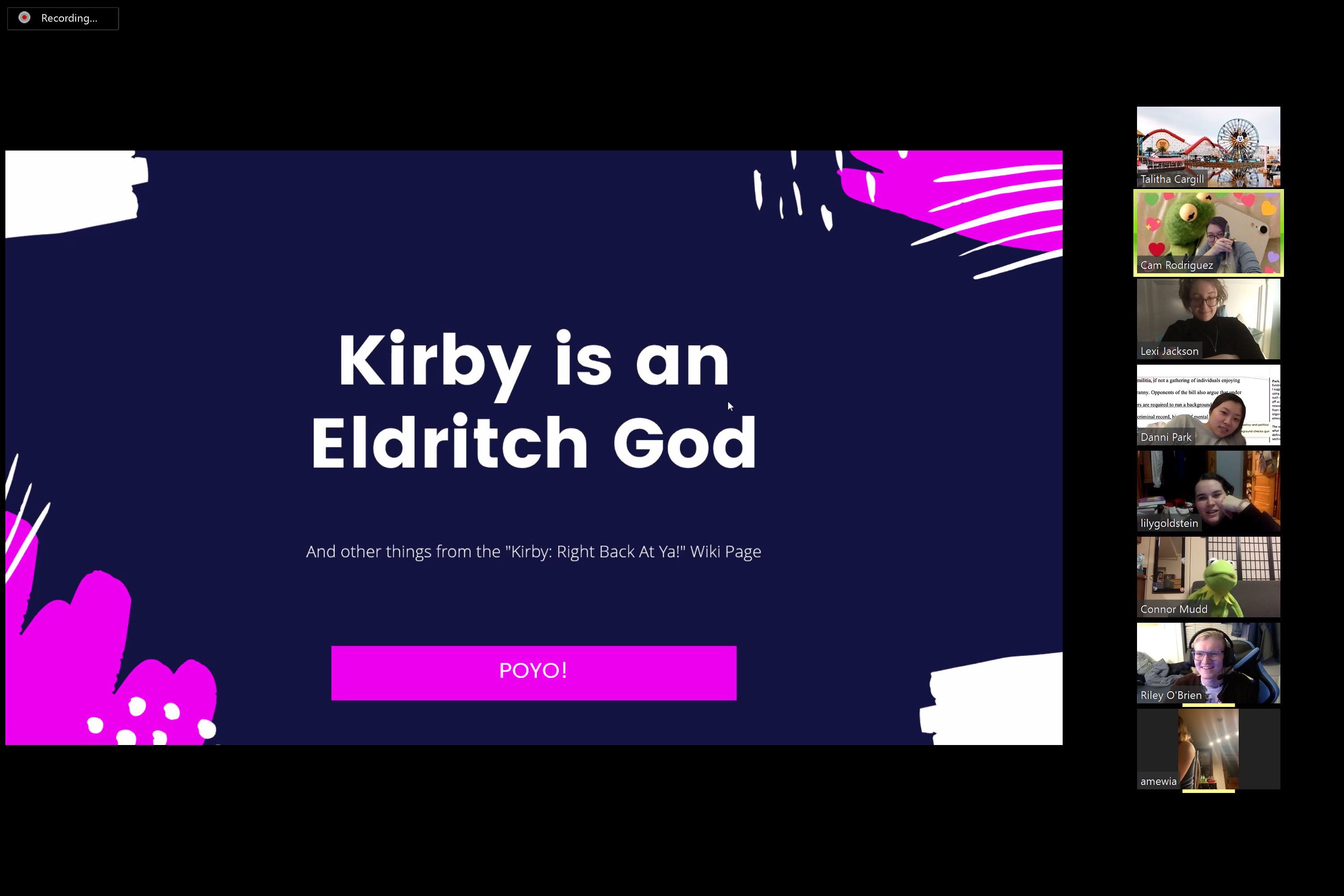 Up until this point, Zoom had been something reserved for remote job interviews or clunky group project meetings (that inevitably were delayed because someone didn’t know how to work the program). By hanging out with friends and testing the limits of Zoom, we weren’t just getting valuable face time with each other, but familiarizing ourselves with what remote classes might have in store.

It was sobering, though, to realize that a new reality is slowly shifting into place: a reality that has you video chatting over dinner with your closest friends instead of eating with them, or talking with your roommates instead of living with them.

Hopefully next year my friends will be able to have a slice of cake too, or watch me blow out candles in person. But for now, this year, a video call sufficed (and made for a great story).