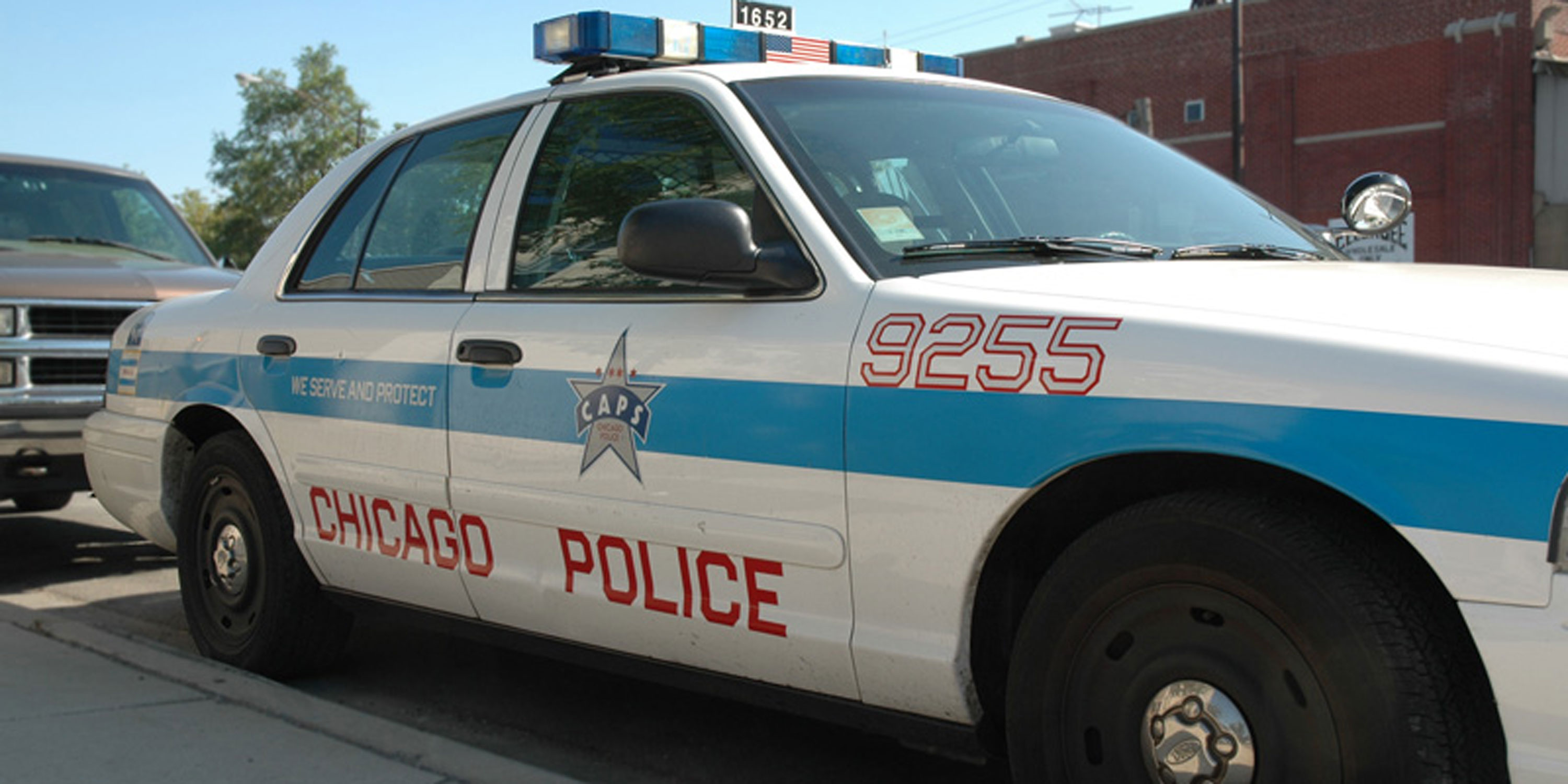 Michelle Burke has lived in Galewood, a neighborhood on the Northwest Side, for three years and, according to her, one of the most pressing issues in her community is the late-night noise that comes from a few bars on her street. When the noise from patrons, party buses and the bars’ sound systems became too much, Burke and her neighbor took action, but they didn’t dial 911. Instead, they reached out to Officer James Kurth, one of the two District Coordination Officers (DCO) assigned to their community by the 25th Chicago Police District’s pilot neighborhood policing initiative, which began in early January 2019.

“A neighbor reported an issue at Abram Gale, a neighborhood bar, and I was able to turn around and text Officer Kurth to let him be aware of the issue,” Burke said. Between Burke contacting a DCO and her neighbor contacting their alderman’s office, local police were made aware of the situation without an emergency 911 call.

Here’s how the neighborhood policing initiative works: the 25th District — which is composed of parts of the Belmont Cragin, Hermosa, Austin (which includes the Galewood neighborhood), West and East Garfield Park, Montclare, Irving Park, Dunning, Logan Square and Humboldt Park community areas  — is split into five sections called District Coordination Areas (DCA). Each DCA is assigned a pair of DCOs whose job is to engage with the community through a more personal form of policing. Through this initiative, the Chicago Police Department aims to better serve residents by forming trusting relationships and connecting them to community resources.

Residents are given their DCOs’ cell phone numbers and email addresses so they can keep in contact with the officers. The hope is that residents can grow to know and form trusting relationships with them. Since DCOs aren’t dispatched in response to emergency calls like beat officers, their time is spent having more personal interactions with residents and learning about their community’s specific needs and concerns.

Burke lives in DCA 1 — which is composed of residents living between the borders of North Avenue and Belmont Avenue to the north and south and Austin Avenue and Harlem Avenue to the east and west — and has a positive relationship with her DCOs, Officers Darryl Baety and Kurth. Prior to his role as a DCO, Baety described his police work as “transactional.”

“Generally, I would stop someone, there would be probable cause or reasonable suspicion, I would either issue a citation, conduct an investigation or make an arrest. And that would be the end of the engagement, and it makes it very transactional,” Baety said.

Over the last 14 months as DCOs, however, Baety and Kurth have found themselves outside of their squad cars and instead strategizing about community problems inside of living rooms or over meals in residents’ homes.

“What changes the nature of relationships is proximity. The closer I am to you, the better relationship I have,” Baety said. “If all I see of you is you in your squad car driving by, I don’t have a relationship. But if I’m getting out and I’m actually sitting down and having a conversation and — in some instances, having meals with people — that helps make connections with different community organizations.”

The neighborhood policing initiative is not the city’s first attempt at community policing. In 1993, under the leadership of Mayor Richard M. Daley, CPD introduced the Chicago Alternative Policing Strategy (CAPS) in an effort to reduce escalating violence related to street gangs and the crack cocaine epidemic.

CAPS, which is still used in most districts, relies on beat officers or beat facilitators (designated community leaders) interacting with residents via regular public meetings that are held in libraries, churches or other community spaces. Officers share information about recent incidents and arrests in the neighborhood and provide a space for residents to voice their ideas, criticisms and concerns.

CAPS was initially deemed successful in many districts, especially among low-income and marginalized communities with high crime rates. However, a WBEZ investigation found that participation at CAPS meetings fell more than two-thirds from its peak in 2002 to 2014. An investigation also found that trust in CPD has been on a slow decline for the past decade and began to plummet in 2014.

One obstacle with the CAPS program is that it relies on resident participation at meetings. The neighborhood policing initiative in the 25th District seeks to pick up the pieces from where CAPS struggled to personally engage residents. With this new initiative, officers are tasked with making themselves accessible to the district’s residents who, in turn, seem to be receptive to this style of policing.

“It’s really given me a more positive image [of police]. It’s allowed me to realize yes, they’re human, but they’re also trying to serve a dual purpose,” Burke said. “They want to make sure that there’s that open communication between the residents. It allows a better one-on-one relationship between the police department and the residents.”

Statistics from the city’s data portal could point to the initiative’s success, although these statistics aren’t determinant and third-party studies have not yet been published about the initiative’s effectiveness in Chicago. The data shows that Chicago’s total crime rate, excluding homicides, which the city does not provide public data on, dropped 3.6 percent from 2018 to 2019, when the program began, while crime in the 25th District had a larger decline of 4.2 percent over the same time period. Additionally, domestic crime in the 25th District was down 3.1 percent compared to the city average of 2 percent.

Another potentially promising statistic is that calls for service — or emergency 911 calls — dropped 5 percent from 2018 to 2019 in the 25th District. CPD’s public information officer Howard Ludwig said that while 5 percent may sound like a small number, that translates to 10,000 fewer 911 calls in 2019 than in 2018.

“RAPs were down 95 percent in the 25th District [in 2019], which meant that more calls for service were being answered immediately so that there was less of a lag time in the 911 call and a response from CPD,” Ludwig said.

While Ludwig said CPD is hesitant to extrapolate this data by attributing this decline to the neighborhood policing initiative, Baety believes that residents trusting their DCOs to handle smaller problems that don’t require an emergency response — such as cars speeding in front of a school or noise complaints — may be one reason for this drastic decrease in RAPs.

When residents can rely on DCOs to handle non-emergency problems, “that builds up trust among the people living within that community,” Baety said. Residents like Burke that have non-emergency complaints have come to rely on their DCOs to handle minor problems that would previously have required a call to the police station.

After Burke texted Kurth about a noise complaint at Abram Gale, Kurth and Baety came up with a solution that incorporated the bar’s owner as well as the residents who were bothered by the late-night noise.

“Traditionally, you may arrive and deal with what initiated the complaint,” Baety said, “but now we work with the business owner.”

Baety and Kurth conducted what they called a “sound test.” The bar continued to play music and the door of the establishment was opened and closed while concerned neighbors listened and gave their opinions on what they believed an acceptable volume should be. When the bar’s owner pushed back and wanted to play the music at a louder level, the DCOs acted as a mediator to find a noise level that would cater to everyone. This inclusive approach satisfied the residents by eliminating excessive noise while also allowing bar patrons to dance and enjoy their night.

Positive responses from officers and community members also played a role in the initiative’s expansion to the 15th District, which services the west side of Austin, which was announced and began in December 2019, according to Ludwig. While each community served by the neighborhood policing initiative has different needs, Baety said that this general approach can be applied and then tweaked to best serve neighborhoods across the city. By customizing the way officers engage with residents in their respective communities, Baety says this new policing initiative can help people who weren’t necessarily the main focus of CPD in the past.

He believes that by paying more attention to less urgent problems and talking to residents about issues they see in their neighborhood and personally experience, CPD is able to help residents in a way they never have before.

“I think the expansion [of the initiative] is big,” Baety said. “It shows how much 25th was doing, and what those officers were doing, that made it so that we can say hey, this could work in another area.”

“When you can do a good job and feel like you positively impacted something, then I think that ties in closely to officer wellness,” Baety said, “and a happy employee delivers better service.”