“The BreakBeat Poets Vol. 4: LatiNext” Celebrates the Diverse Voices of the Latinx Diaspora 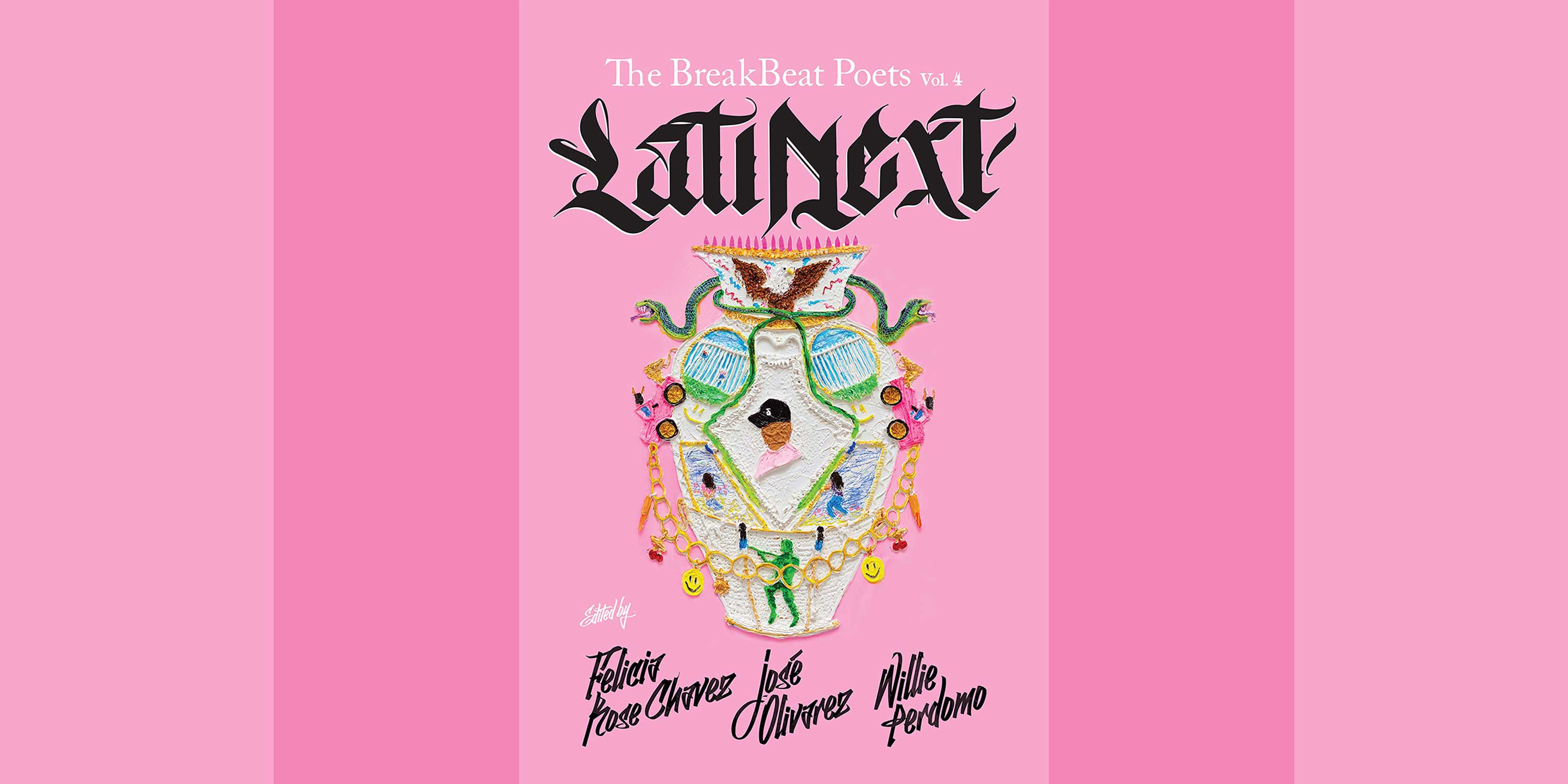 Throughout the last couple of years, Haymarket Books, the progressive and independent nonprofit book publisher based in Chicago, has released a volume in the BreakBeat Poets anthology series. The series seeks to change the conversation on the experiences within different cultures and diasporas and has successfully done so with its first three volumes: The BreakBeat Poets: New American Poetry in the Age of Hip-Hop, The BreakBeat Poets Vol 2. Black Girl Magic, andThe Breakbeat Poets Vol 3. Halal If You Hear Me.

And it has done so again with its fourth volume, The BreakBeat Poets Vol 4: LatiNext, which was released on April 7. Edited by authors Felicia Rose Chavez, José Olivarez and Willie Perdomo, the book contains a multitude of poets from different nationalities, genders, races, sexualities and writing styles who remix the stories of the Latinx diaspora with a freshness unlike any other poetry series I’ve read before.

“If poetry is truly a decolonial practice, then this anthology lifts its lyrical machete, its formalistic authority, its innovative approach toward language, its queerness, its nonbinary they, its sense of lineage, family, tradition, pride and, refreshingly, its Blackness,” writes Perdomo in the book’s introduction.

The anthology not only strays away from a more conventional poetic structure and incorporates elements of hip-hop, but it also features poems that offer a nuanced look into Latinx culture. It shows that the Latinx identity is not a monolith as writers break the barriers of stereotypes placed on them through stanzas and verses that tackle topics that may often ring as taboo in the Latinx community — things like sexuality, assault, queerness and therapy. The diverse pool of poets — from academics to younger — has allowed for the book to be accessible to a multitude of generations, which is important in moving the conversation of Latinx identity forward.

LatiNext is divided into five overarching sections represented by lotería (a Mexican card game that resembles bingo) playing cards. The sections are titled “La Muerte” (The Dead), “El Bandolon” (The Bandolon), “El Mundo” (The World), “La Bandera” (The Flag), and “La Sirena” and consist of poems that fall within these themes. La Sirena (which translates to the siren), for example, features poems on womanhood, sexuality, queerness and assault.

It’s within this section that LatiNext becomes truly empowering, allowing the writers to contextualize their experiences and trauma in their own way. Poems such as “Brown Girl in Therapy” by poet and instructor at the University of New Mexico and the Institute of American Indian Arts, Jessica Helen Lopez, highlight the underrepresentation of Latinx women in the mental health industry and the impact this makes on Brown women seeking therapy. Other poems like “Coming for the Throne: Ursula’s Love Story” by Amanda Torres or “Dios te salve, Maria” by Victoria Chávez Peralta highlight the strength and beauty that comes from two women loving each other. Additionally, there are several poems that focus on different aspects of assault. Daniella Toosie-Watson’s “¡Wepa!” is a poem that focuses on her healing process after an assault, instead of focusing on the assault itself.

LatiNext, then, gives writers the space to live their truths through their writing and reclaim their voices. It allows them to celebrate the traditions and variances within the Latinx culture but also confront the parts of it that have failed them, which can be crucial when attempting to leave the obsolete ways of viewing the Latinx experience behind.