An at Home Laboratory; How sci.. 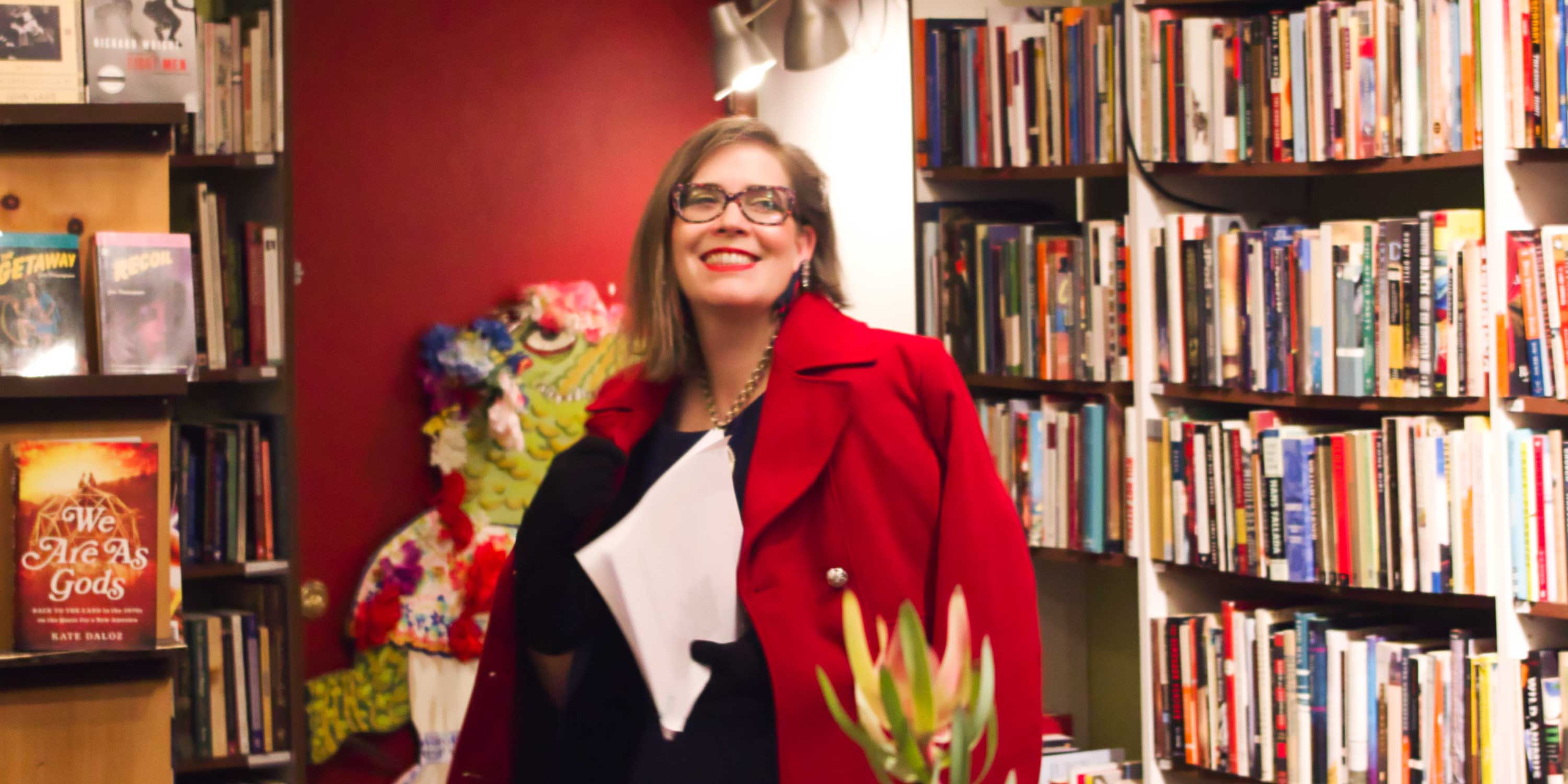 Jen Finstrom is a professor of first-year writing and the outreach coordinator of the University Center for Writing-based Learning (often referred to as the Writing Center) — both at DePaul University — but above all, she is a poet.

A native of the Milwaukee suburbs, Finstrom moved to the Edgewater neighborhood 20 years ago. From 2005 to 2018, she was the poetry editor for Eclectica Magazine, an online literary magazine.

In 2008, Finstrom enrolled at DePaul University, where she completed her bachelor’s degree in English and master’s in writing and publishing. Now, one of her DePaul classes works with Chicago Public Schools sixth graders to give feedback on  poetry.

Because of this, community is a theme to which Finstrom continually returns.

She said that finding community in a group called Writers Guild (which is now a part of the Writing Center) was a big step in her growth as a poet. Being a part of Writers Guild gave Finstrom the opportunity to not just share her work but hear the work of others as well, something she says is a vital part of being a part of a community of writers.

“Before that, I was hard on myself, I didn’t feel like I was doing enough, but being in a community empowered me,” she said. “Now I love the process of talking through work with others.”

Finstom’s poetry is inspired by many things: her relationships, teaching, different events in her life but also, the work of other writers and artists.

Some of the work that has inspired Finstrom’s poetry are fairytales and paintings in Chicago’s very own Art Institute. Through her poetry, she creates an intersection between works that are hundreds of years old and her own personal life.

face above the dense lace collar

and puffed red and black sleeves,

above the profusion of gold and pearls,

ribbons and gemstones, seemed to grow

more enigmatic and you were sure

she was telling you that you already

knew the answer, and you, in turn,

revealed a secret you haven’t

confided to your closest friends,

can’t even manage to put in this poem.”

Finstrom’s poetry, just like her persona, is welcoming and conversational. It’s impossible to feel like an outsider reading her poetry. You don’t feel like an observer or a voyeur of her life and her experiences but rather, a friend who’s receiving a glimpse into her mind’s inner workings

Another way in which Finstrom incorporates tales of her adventures of her romantic life with other works is through a current project in collaboration with close friend and fellow poet Elizabeth Kerper.

Kerper, also a DePaul alumna, met Finstrom in 2011 while Kerper was working at the Writing Center as a writing fellow and member of the outreach team.

The two started to work closely together when Finstrom invited Kerper to come to Writers Guild.

Their most recent collaboration is a chapbook with 26 poems called The Charm Winds Up, which is not yet published.

The poems in the chapbook capture the spirit of both poets’ inspirations.

Kerper, who primarily writes about womanhood and girlhood, included poems about female literary characters who are not the protagonists of their stories.

For each of the literary works Kerper wrote about, Finstrom then chose a character from the story in whom she confided about her divorce.

In a set of poems from the chapbook published in Escape Into Life, an online literary magazine, Finstrom wrote a poem where she confides in Lady Macbeth from Shakespeare’s Macbeth about her divorce. Kerper then wrote a poem where she places The Weird Sisters from Macbeth in a modern-day fifth grade classroom.

When it comes to their collaboration, the two often say they are the perfect readers for each other’s poems.

“She’s an amazing poet and she’s one of the most generous, wonderful people to give feedback,” Kerper said. “I’m so lucky to be writing with her.” 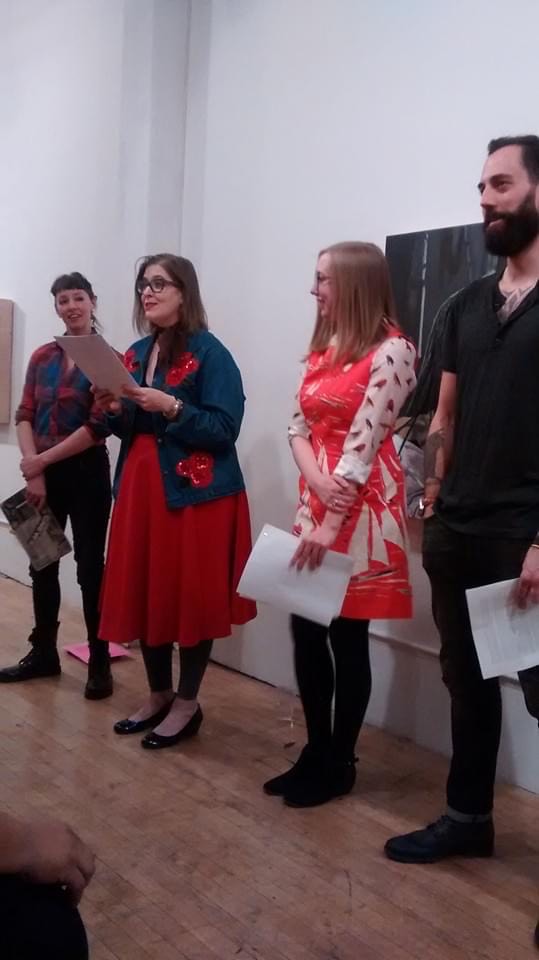 In Finstrom’s artist statement she states:

“I see my life as a poet as having two parts. The first part was actually most of my life, from the time I started writing poetry in sixth grade to the time I started working at DePaul’s University Center for Writing-based Learning (which includes the Writing Center) in 2010. That was only about ten years ago, but the way I approach poetry and the way I think of myself as a poet have undergone a tremendous shift in a decade.”

For Finstrom, being a part of a group of writers is about more than improving her craft, it’s about finding a community and learning and growing together, and her relationship with Kerper is a perfect example of that.

Finstrom said she doesn’t see what she does as work because she enjoys every minute of it.

The bond she creates with students and fellow writers is one forged by baring your soul in an art form that only writers and artists truly understand. 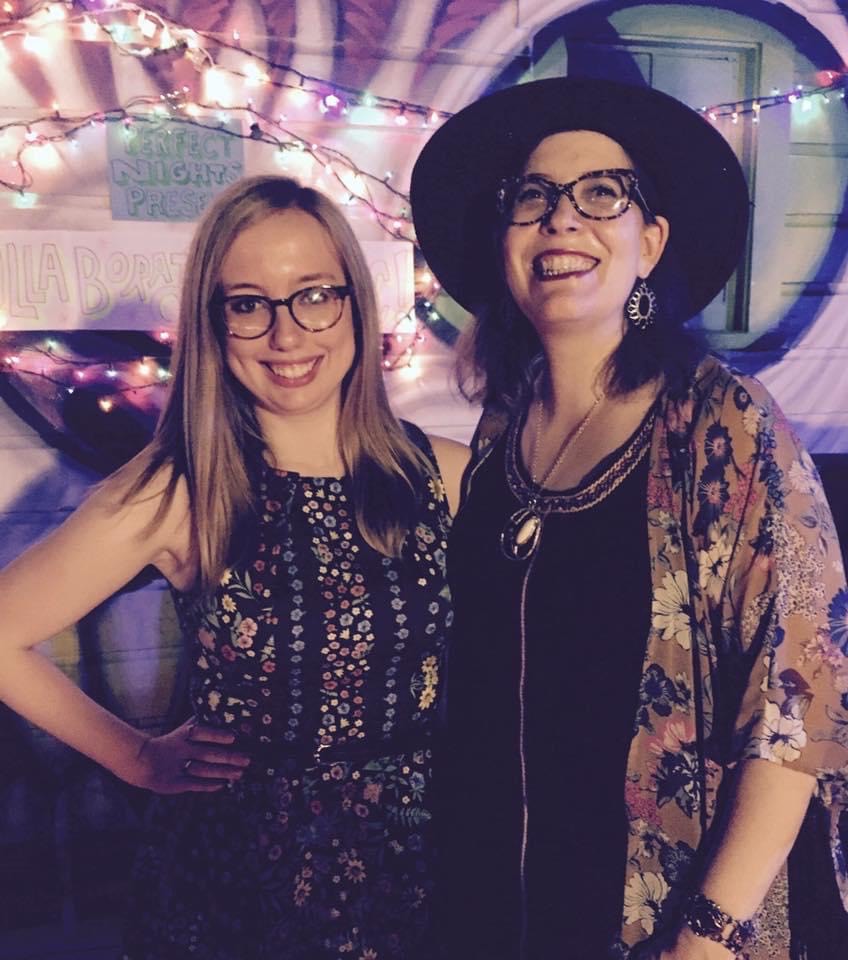 She writes of pain and heartbreak but somehow she never fails to come out on the other side, this time stronger and more learned than she was before, with her community surrounding her.

As she so firmly put it in her poem, “I Confide in Jo March About My Divorce:”

“‘Use your teeth,’ she suddenly

advises, and I know she isn’t talking about the apple.”