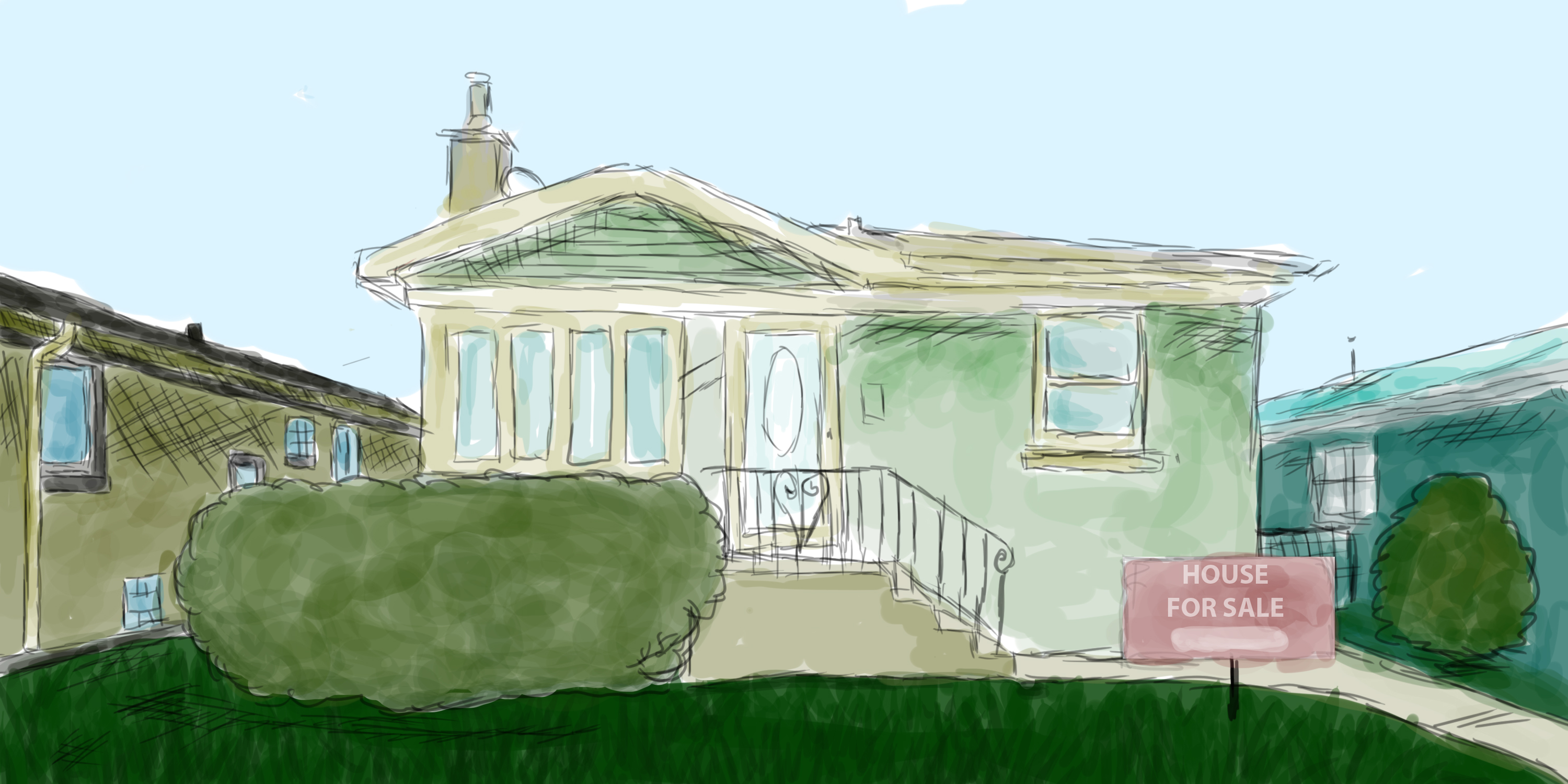 How blockbusting, bank loans and barriers play into the neighborhood’s homeownership

George Jones was one of the first Black Chicagoans to move into Austin in 1971. He’s lived in Austin ever since, and his neighbors in North Austin call him the mayor because he seems to know everyone in the area, which he says is embarrassing.

One night at one or two in the morning, Jones, an auto mechanic at the time, received a call from a man who was having car troubles. Jones fixed the car in the early morning, and the man he met returned the favor by helping Jones secure an affordable down payment on an apartment in Austin.

“He remembered I took care of him … I told him I was looking for some kind of help and I didn’t have very much money,” he said. “He figured it out with the little money I had.”

In the early 1960s, Austin had an almost exclusively white population. When Black residents like George moved further west in the late ‘60s, Austin’s demographic shifted quickly through racist and predatory housing practices like redlining, when the Federal Housing Administration would deem Black neighborhoods “too risky” for mortgages, and blockbusting, when real estate brokers would convince white homeowners to sell for fear of property value decline with new Black residents.

“We don’t care if whites run all the way to Hong Kong, as long as they run,” a broker in Austin told the Chicago Tribune in 1971. “I go where the money is. I’m a money oriented guy. It’s good business for us when they’re frightened.”

There was a mass “white flight” to the suburbs and by 1980, Austin’s population was about 73 percent Black.

“Within two years of George’s purchase, I would say at least 85 percent of the block and block surrounding it went from white to Black,” said Ginny Jones, George’s wife.

Today, Austin is Chicago’s largest community area geographically, made up of four neighborhoods — North Austin, South Austin, Galewood and the Island. It has the second largest total population with roughly 95,000 residents, about 80 percent Black, 13 percent Hispanic or Latinx and 5 percent white.

While it’s difficult to generalize about Austin because it’s so large, several factors make the community area a prime place for real estate. There is easy access to the Green and Blue lines and a diverse housing stock from early 1900s development — duplexes, two-flats and brick bungalows in North Austin, apartments in South Austin and big Queen Anne Homes in Central Austin.

Although rates of owner-occupied units in Austin haven’t changed much since the 1970s, homeownership is lacking, especially in comparison to Oak Park village, the suburban community just west of Austin Boulevard, whose homeownership rates ranged from 54 to 58 percent between 2010 and 2017, compared to Austin’s consistent 35 percent in the same period.

Housing stock in Austin is similar to Oak Park, particularly in central and parts of northern Austin, but housing costs and taxes are higher in Oak Park due to decades of white flight and subsequent racial tension.

“You buy a house here and move it west six blocks, you’d be surprised that the house would go up at least 20 percent,” Ginny said.

Some residents feel homeownership is now something that seems reserved to long-term Austin residents who inherited homes or those moving from other communities.

Shera Bryant, 33, was born and raised in Austin.  She runs a daycare out of her grandmother’s home she inherited when her mother passed away, although she closed on a new home she purchased herself this week nearby.

When she was younger, she felt there was more of a culture of homeownership and Austin residents staying in the community.

“People did stay,” she said. “It was like family. Everybody was family.”

But now she finds the people purchasing homes nearby aren’t Austin residents.

“Change is good but when people are not given the chance, like if my grandmother didn’t leave something for me, I wouldn’t even have a chance of owning something in the neighborhood I grew up in and I don’t think that’s right,” she said.

Barriers to homeownership access still hinder potential homeowners in Austin today like less-regulated contract sales and disproportionate bank lending in Black neighborhoods. A WBEZ and City Bureau investigation analyzed 168,859 loans people received to buy homes, condos or apartment buildings between 2012 and 2018 and found that majority-white neighborhoods got 68 percent of all home lending, while Black neighborhoods got just 8 percent. Lakeview, which has roughly the same population as Austin, received about 12 times more lending.

These factors, combined with a distinct population decline, leave Austin with ample housing opportunities without the necessary resources.

The neighborhood lost over 16,000 residents from 1990 to 2016, the third-biggest decline of Chicago community areas in that period, according to a study by the UIC Institute for Research on Race and Public Policy.

Athena Williams, Austin resident, has seen some of this decline as the executive director of Oak Park Regional Housing Center — she said those who can afford to pay for a house in Austin go somewhere else they feel has less crime, or is more walkable with more resources.

Bryant’s sister moved to New Orleans because of crime in Austin.

“They’re like, ‘I have children, I have boys, and this isn’t what I want for them,’” Bryant said, “We grew up with this, people can’t do this anymore.”

This was the case for Jones. After he bought his apartment, he and Ginny were able to save money and buy a home in 1994, send their kids to college and retire.

For many others, wealth gaps were exacerbated during the 2007-2008 housing crisis, particularly with subprime mortgages, leaving Austin with continued instability.

Williams saw a distinct change in Austin after 2008.

“The foreclosure crisis hit Austin really bad, of course, being the largest community,” she said. “And a lot of seniors who aged out of their homes where they had no one to leave their homes fell to the wayside.”

Between 2008 and 2012, there were 4,487 foreclosure filings in the Austin community area — Austin had the most foreclosures in Chicago and one of the highest counts for a community in the nation. Cumulatively, 37.6 percent of residential properties in Austin have been foreclosed since 2005.

“That’s when [Austin] became really desolate, because a lot of people had left their homes and walked away and didn’t know what options were available to them.” Williams said, “The community became blighted because no one was taking care of this.”

Before the housing market crash, Black buyers specifically were targeted with subprime mortgages, loans with higher interest rates for those who are considered “more risky” borrowers.

When the market crashed, the Black homeownership gaps were exacerbated as banks clamped down, making it harder to borrow money and get loans. In Austin, total mortgage activity decreased 84 percent between 2005 and 2012, compared to a citywide 63 percent decrease.

“The subprime mortgage crisis and foreclosure crisis [that] targeted Black homeowners is viewed by some as the greatest single theft of wealth from a community in the nation’s history,” Curran said.

Before the crisis, Austin was “Hometown, USA,” Williams said.

“People knew people. There were businesses. Austin thrived,” she said. “Now, people are trying to get by to the next day, to the next paycheck … pre-mortgage crisis people were connected differently.”

In the period of time after the crash, in-community homeownership was limited by investor purchases. In 2019, 26.2 percent of property sales in Austin were purchased by self-identified businesses compared to the city’s 19.3 percent.

Williams and Bryant both said they see investors coming into the community buying properties and selling them at prices that long-term residents in Austin can’t afford.

Before Bryant was running the daycare from her home, she was renting a storefront close by. The landlord lost the property and an outside investor swooped in and purchased it before it ever made it on the market.

“I didn’t even get a chance as a renter to purchase the building,” she said. “I mean this guy wasn’t even from the neighborhood, he just came in and said, ‘You have to pay me rent.’”

Williams stresses that despite this, there are solutions she’s found in her work at the Oak Park Regional Housing Center. The center helps residents secure loans through homebuyer education classes and provides foreclosure outreach and down payment assistance.

Williams has found many residents lacking tools and education necessary to secure a loan. Obtaining a loan and understanding homeownership is also a learned skill, she said, citing clients who were turned away for a loan and then were able to find another lender after an homeownership counseling session.

“Yes, we want more African Americans to become homeowners because that is a source of building wealth,” she said. “However, there are steps to get there.”

She also stresses that Austin is so big that she has trouble connecting with the people who need the resources.

Longterm, particularly with a potential COVID-19 recession, both Williams and Curran agree that the best solution is community land banks and trusts — nonprofits that own land, often vacant and abandoned, and develop it through a community-based process to provide affordable housing.

“Our current moment shows what we have been doing is not working,” Curran said.

There are already several land trusts in the city, and Oak Park Regional Housing Center is looking to work with institutions that have access to these properties to try to establish one in Austin.

Despite the divestment and barriers, some Austin residents still love their community.

Jones said he loves it for his neighbors.

“We still have some great neighbors so that really makes a difference,” he said.  “I know just about everybody in the three block radius… maybe it’s because I get around.”

For Bryant, although she’d like to see more of her community members stay in Austin and be able to buy houses — Austin is home.

“It’s just something about Austin being home to me, and my grandmother left us the home and worked so hard for it. I can’t imagine anyone else being here,” she said.

And this care for Austin reflects a care for her community members. The first thing Bryant did when she closed on her new home in Austin this past Tuesday was post some pictures on Facebook.

Not to brag, she said, but to show other long-term Austin residents they can do it, too.

“Some people don’t know that it’s possible and it could be done,” she said. “It’s especially good when you see somebody from your community where you grow up, it’s like, ‘Yeah, I could, too. I could do it.’”