Slow Train Coming: A Review of..

OPINION: Race vs. Merit: the Controversial Hiring Strategies of the NFL 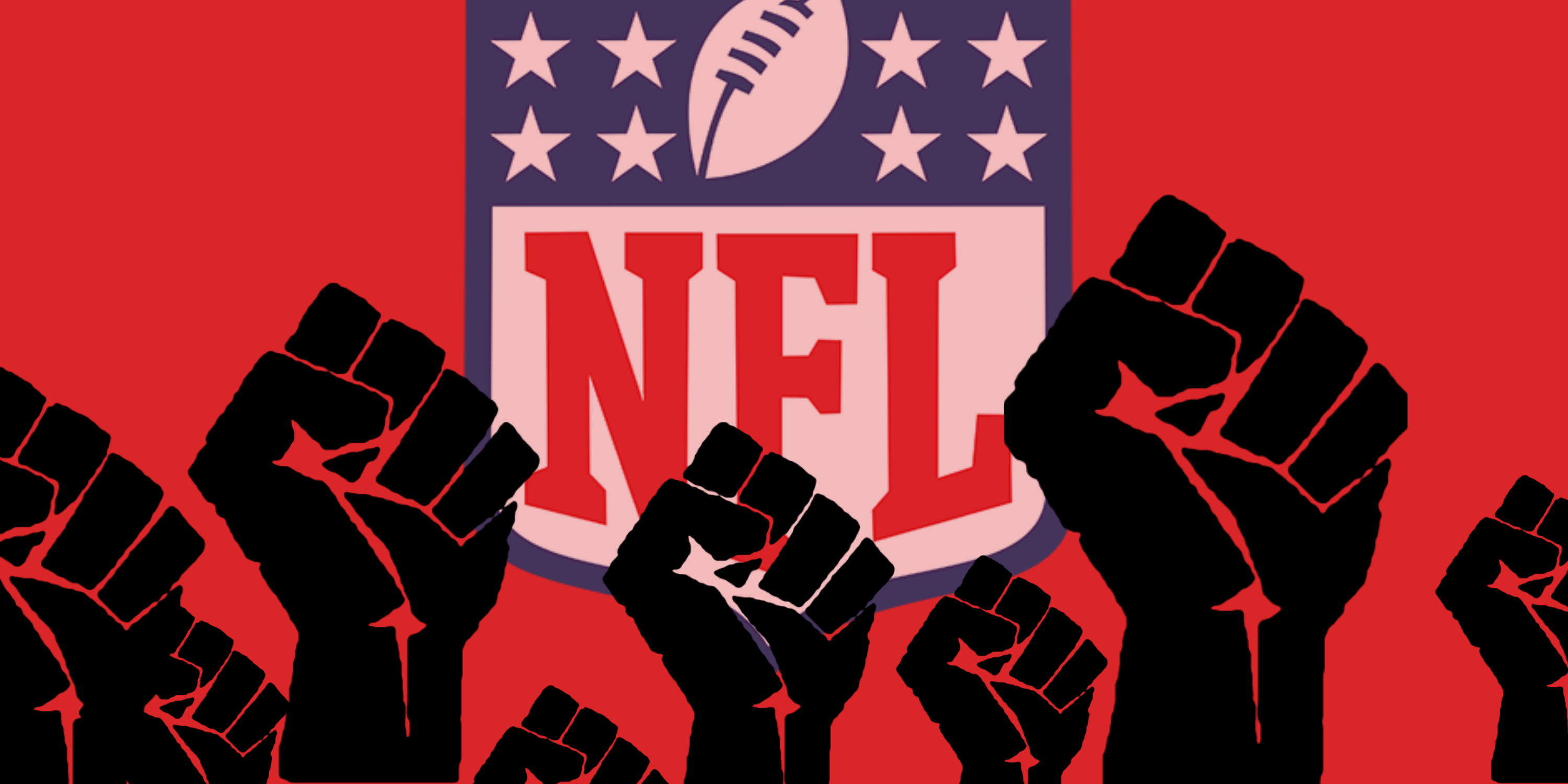 A meager 9.4 percent of NFL coaches are Black. There are 32 teams in the NFL. Three of those teams have Black head coaches: Mike Tomlin of the Pittsburgh Steelers, Brian Flores of the Miami Dolphins and Anthony Lynn of the Los Angeles Chargers.

Fair hiring within the NFL is broken to a high degree. It has been this way for years and the few solutions proposed in the past have shown no progress.

The organization is mandated to give interviews to reach certain quotas for hiring “minorities” (terminology used by NFL) with a minor alteration to the Rooney Rule implemented in May 2020. “The league will require clubs to interview at least two external minority candidates for head coaching openings and at least one minority candidate for any coordinator job, per sources informed of the decision,” the NFL’s newly updated requirements state. But is this the best solution to combat the large-scale issue of racial inclusion?

The Rooney Rule’s effectiveness was short-lived. The number of coaches of color peaked in 2011 with eight but quickly reversed to old tendencies.

The question becomes, should you have to force an organization to interview candidates of a certain race? The choice should be organic, as the sport should be based on merit. In choosing a candidate for a management position, the ideal objective is selecting the best contender, regardless of race.

It has been this way for years and the few solutions proposed in the past have shown no progress.

An alternative solution proposed by the NFL is teams receiving tangible assets in lieu of mandating interviews. This could mean an extra draft pick, revenue or other resources of that nature.

“If a team hires a minority head coach, it would move up six spots in the third round of the NFL draft before the hired coach’s second season with the team, under the proposal. The team would also jump up ten spots in the draft for hiring a minority general manager,” Sports Illustrated’s Jenna West reported.

“Any club that hires a minority candidate as its quarterback’s coach would receive a compensatory pick at the end of the fourth round if it keeps that coach past one season,” West continued.

The NFL player pool is nearly 70 percent black. To break it down, out of all of the athletes in the NFL, 70 percent of those players engaging in the sport are Black. The statistics don’t lie: the racial divide in the NFL needs to be solved. Black players are given a chance to excel by playing the game of football; however, they are not appropriately represented in the organization’s management. The bodies of these athletes harvest an unimaginable sum of money, but this is just a physical, money-making commodity.

A real demonstration of NFL owners consciously not hiring coaches of color is the injustice shown to Eric Bieniemy, the Kansas City Chiefs offensive coordinator. Despite running an enviable offense with an impressive resume, he was still not hired as head coach.  Matt Nagy and Doug Pederson have previously held the offensive coordinator position, followed by the opportunity to ascend to head coach.

The bodies of these athletes harvest an unimaginable sum of money, but this is just a physical, money-making commodity.

“I don’t want everybody to feel that they have to feel sorry for me, that’s not what this is about, okay?” Bieniemy said at this past year’s Super Bowl in Miami.

He expanded his response: “I’m in a great place. I happen to coach for the Kansas City Chiefs, and we’re playing for the Super Bowl. So all the other stuff? Ah, it’d have been nice to get a job. But when it’s all said and done with, I am blessed and fortunate to be sitting here right now with you guys, having this conversation about how we’re going to go into this game on Sunday and take care of business.”

Although Bieniemy remained in good spirits, the problem is not that he didn’t get the position — it’s that he was never given a chance.

Genuine awareness of the hiring issue is prime in importance, but many other steps still need to be taken. The solution needs to be directed towards repairing the system as a whole. Actions speak louder than words and the response to injustice in the United States at this time, while on a much more horrific scale, still surrounds the same concept: race. The injustices taking place in the NFL broaden as wide as the topic of race in general. The simple concept that many fail to act on appropriately is that no individual should be limited in their opportunity for growth within the league.

Roger Goodell, the NFL commissioner, briefly addressed this problem at a news conference on Jan. 29 in Miami. The diversity and inclusion malfeasance within the NFL is an incredibly obvious problem. Many people expected the commissioner to discuss a plan to combat inclusive hiring, but the press conference left those same people without clarity.

While he may have positive intentions about solving the issue, there wasn’t a clear solution in mind. This lack of understanding of a solution causes a ripple effect throughout the entire organization. In the seemingly counterproductive interview, Goddell claimed to understand that the NFL’s racial divide needs to be analyzed but left no specific steps to achieve that objective. Goddell attempted to reassure concerned supporters that there would be a resolution in the near future.

“We will have a series of meetings which we’ve already scheduled over the next month to get that kind of dialogue going, to continue the dialogue to try to determine what are the solutions so we can have those better outcomes,” Goddell insisted in January.

Pressure needs to be applied to the situation. Race in this country is an issue that the United States continues to avoid and refute with no understanding of consequence. The specific pressure may need to be an air-tight case against a team to set a precedent for resistance. Another element that needs to be considered is an increase in minority owners. It is understandable it cannot happen overnight. The opportunities to purchase a team are sparse. A small percentage of people can bear the costs of managing a team. However, even if starting with lower equity, the impact of a rise in owners would be incredibly beneficial for future inclusion.

The NFL is notorious for implementing the strictest rules regarding team ownership. It is widely known that owning a major sports league team is merely a task completed on a rich-man’s status to-do list

The NFL is notorious for implementing the strictest rules regarding team ownership. It is widely known that owning a major sports league team is merely a task completed on a rich-man’s status to-do list.  It is only individual people who can afford to spill cash out of their pocket upfront who can become the primary owner of one of the NFL’s 32 franchises. Specifically, cash for at least 30 percent stake.

Incentivizing people to hire to reach quotas is dehumanizing. It defeats both the purpose and spirit of the game. Looking from the outside in, Black people are an essential aspect of the NFL culture. Higher-ups sometimes do not see this importance, which leads to activists challenging the systemic issues in place. A recent example of this is Colin Kaepernick’s silent protest against racial injustice and police brutality that highlighted the importance of race, not only in the NFL but also in our society.

Mike Florio, an author at ProFootballTalk, discussed the overall issue with NFL’s minority hiring. “The clumsy, ineffective manner in which the owners have handled the anthem controversy suggests that it would be helpful to have the perspective of an owner who represents a community whose members genuinely believe that they face constant threats to life and liberty via interactions with law enforcement officials,” he said.

Florio brings up an ideal circumstance that could change the way the NFL operates and states that “the NFL still has no African American controlling owner, and the NFL likely won’t have one any time soon.”

There is a definite problem within the functionality of the NFL hiring system. The few projected ideas swirled around the community have not shown consistent progression in leveling the playing field. It will take action and persistence in order to better the system. This applies to large corporations like the NFL, but also in the broader context of racial injustice throughout the United States.