Service Learning During a Time of Pandemic and Pro...

Attachment Theory: What it is ..

Service Learning During a Time of Pandemic and Protests 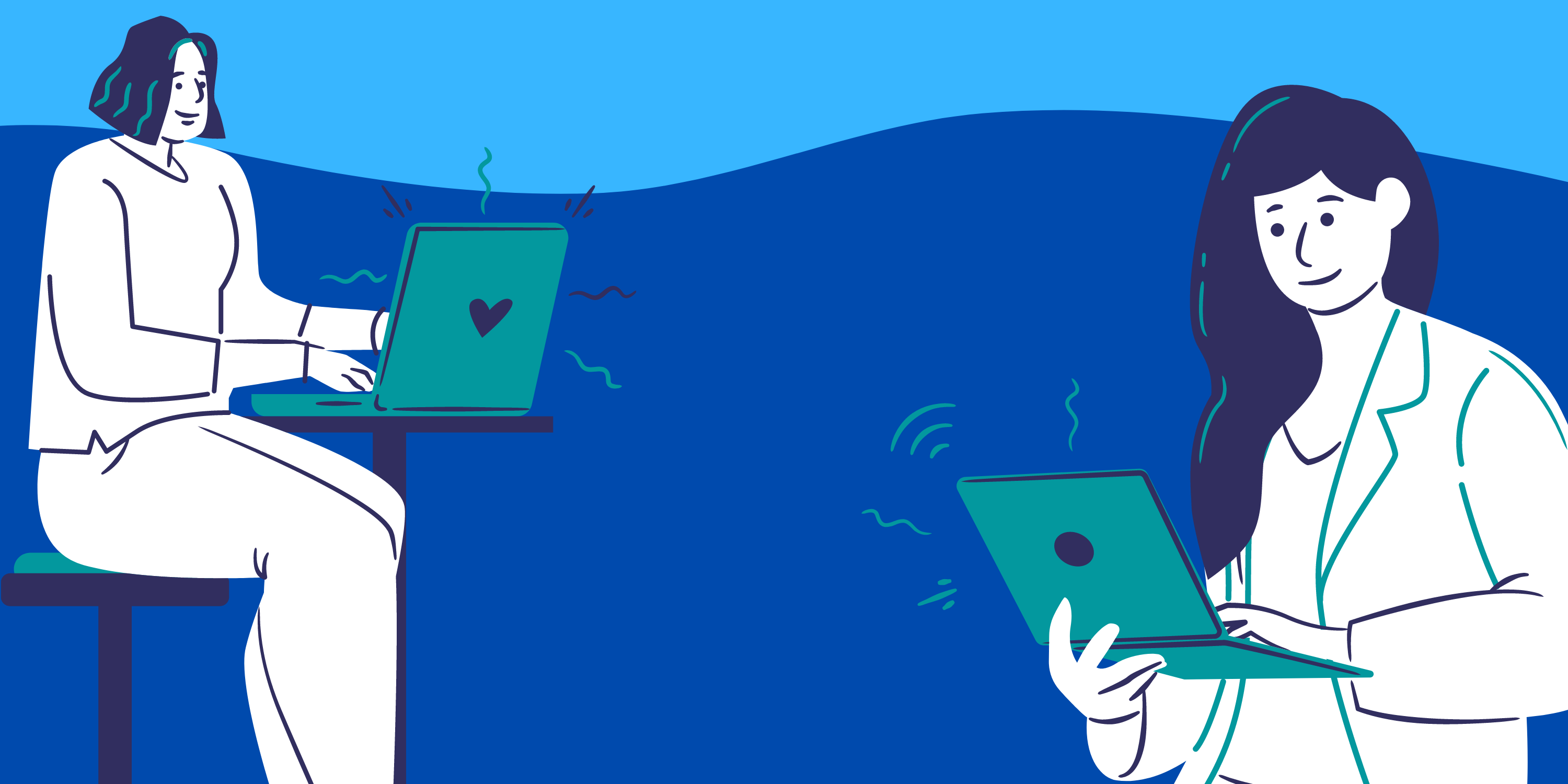 Service learning is a time of interaction that combines education with community service. Both service sites and students work in tandem to garner mutually beneficial relationships that promote both change and equity; often, this interaction involves students physically going out into communities and doing hands-on work with their respective community partners. However, COVID-19 has reshaped this segment of service learning for the end of the 2019-2020 year and now into the 2020-2021 academic year.

Recent events throughout the pandemic have included social restrictions across the globe and protests of police brutality across the nation. In February, two armed white residents in a South Georgia neighborhood killed Ahmaud Arbery while he was out for a jog. The video of the shooting went viral three months after the incident, in May, unraveling the tragedy. A grand jury indicted three men on charges of felony murder and other crimes. (They have pleaded not guilty.) This was at the cusp of the strict quarantine lockdowns in the United States.

Following the viral Arbery killing, on May 25, Minneapolis Police officers killed resident George Floyd. This fueled “I Can’t Breathe” marches and protests around the United States, as well as internationally, held as a response to police officers killing unarmed Black citizens. One Minneapolis Police officer has since been charged with murder, and three other officers were charged with aiding and abetting murder — so far, one officer has said he intends to plead not guilty.

These events have pushed social media users to frequently share resources on bail funds for protesters, updates on marches and informational books and readings on racial inequality.

Service learning courses are a place where students can think deeply about injustice and work with community partners to address it. Now, hands-on activism is mostly converted to online formats during the pandemic. This is reducing the spread of COVID-19 while also continuing the fight for social justice.

Since no vaccine is available, the CDC recommends the use of masks, frequent handwashing and avoidance of person-to person contact. Without vaccination or treatment, service sites have cut down or completely erased in-person meetings.

Because of this, many service learning sites and students have continued to utilize social media as a tool of activism and news as well as adopting novel ways of approaching service sites without being in person.

With each state approaching the pandemic differently, many universities were still in limbo when asked in June regarding the return to campus. Purdue University, which offers a service learning program decided early on that students would return to campus in the Fall.

Purdue’s president said in a Washington Post article in May that Purdue would reopen in the fall with some staff working remotely and with social distancing in classrooms. Although the university will reopen, going into communities outside their own and working with service sites is still under discussion.

“I suspect in most cases that will mean virtual engagement only but I am not certain at this point,” she said.

This uncertainty of how to conduct service learning instruction during a pandemic was a large discussion across many colleges. Adaptability is the goal of many instructors and administrators in the meantime.

In Durham, North Carolina, Gov. Roy Cooper started a Phase 2 order in late June. This Phase 2 order lifted the Stay At Home order and put in effect a Safer At Home suggestion. Starting on Friday, September 4, face coverings are required, group gatherings are limited to 25 people indoors and 50 outdoors. This has lifted some of the previous restrictions, even with North Carolina having 2,000 reported cases just before Labor Day weekend.

Service learning courses are a place where students can think deeply about injustice and work with community partners to address it.

The Associate Director of Duke University Service-Learning, Kimmie Garner, said Duke’s students were not required to finish projects due to the coronavirus outbreak, but did encourage remote/distance partnerships to continue “if desired by community partners and [if] it did not put undue burden on the students themselves,” Garner clarified.

“All of the students documented the quarantine from their own perspective since it is a documentary photography course,” said Garner.“Professors were trying to find creative ways for students to still do reflection and connect it to their lives during a very volatile time period.”

Ruth Eckles, who also works with Duke’s service learning department, mentioned that “in the two courses; ‘Psychosocial Aspects of Human Development’ and ‘Aging and Health,’students have continued writing letters to the older residents in Durham nursing homes and retirement facilities they were seeing in person prior to the coronavirus outbreak.”

This is a novel idea as other universities chose to adopt digital platforms such as Zoom into their curriculum. Internet interactions have blossomed and become a steady tool of communication during this time of social distancing.

In a large city like Chicago with over 2 million residents, restrictions were crucial during the quarantine period. Before moving into Phase 4, of the 5 Phases of Reopening in late June, Chicago was closed down except for necessities.

DePaul’s service learning is managed by the Irwin W. Steans Center, which hosted Zoom calls for service learning students. Known as “Community Conversation Calls,” students could join Program Coordinators and other Steans Center-affiliated members to connect with one another and build a support group.

“With everything happening so quickly, we wanted to create a space that was consistent, open to all students connected to our center; who are not only coping with the changing circumstances at DePaul but also in their communities,” said former Community Service Scholars Program Coordinator, Laura Aranda.

Chicago is now loosening restrictions and DePaul will open with sanitizing stations across the campus, frequent cleaning and limited on-campus interaction according to DePaul President Amado Gabriel Esteban. Yet going into communities may still be on hold for the near future.

Service learning stands as an access point to open up discussions of social change and community partners aid in the fight for social justice at a time of protest of police brutality across the nation. As service sites worked on accommodations during the viral outbreak, there is now the question of how institutions and nonprofit organizations will proceed in a time of protest and activism during a pandemic. Some have really leaned on social media activism.

In May, a community partner of DePaul, The Chicago Alliance Against Racist and Political Repression, released Free Them All — a two-hour campaign to free incarcerated survivors of police torture.

“We’ve been putting together content for a while and we’re able to further use COVID-19 to address the situation [of prisoners incarcerated during the pandemic].”

In a broader sense, social media has been able to create a first person perspective of injustice, with the use of video acting as communal surveillance to reveal the unjust actions of police officers and those disrupting peaceful protests. Instagram, alone, has seen an influx of videos from officers tear gassing crowds, firing rubber bullets at protestors and striking citizens with batons.

Much of Instagram is now a curation of first person videos of police brutality all-around the United States, as well as updates on protesting around the world during the #BlackLivesMatter Movement. Many social media activists such as Leslie Mac are using their platforms to educate users on Black issues.

The pandemic has augmented and made obvious the injustices that service learning is striving to fight against. While much of the information is updated on what seems like a day-to-day basis, service learning is still prevalent and able to adapt and thrive during these times with the aid of technology, social media and creativity. The partnership between students and service sites may have lost face-to-face interaction because of social distancing, but there have been ways to keep operations running during the pandemic and protests as communities rebuild themselves.

Service learning’s “new normal” will most likely continue into the next academic year.