Catching Waves on the Great Lakes

Service Learning During a Time..

Catching Waves on the Great Lakes 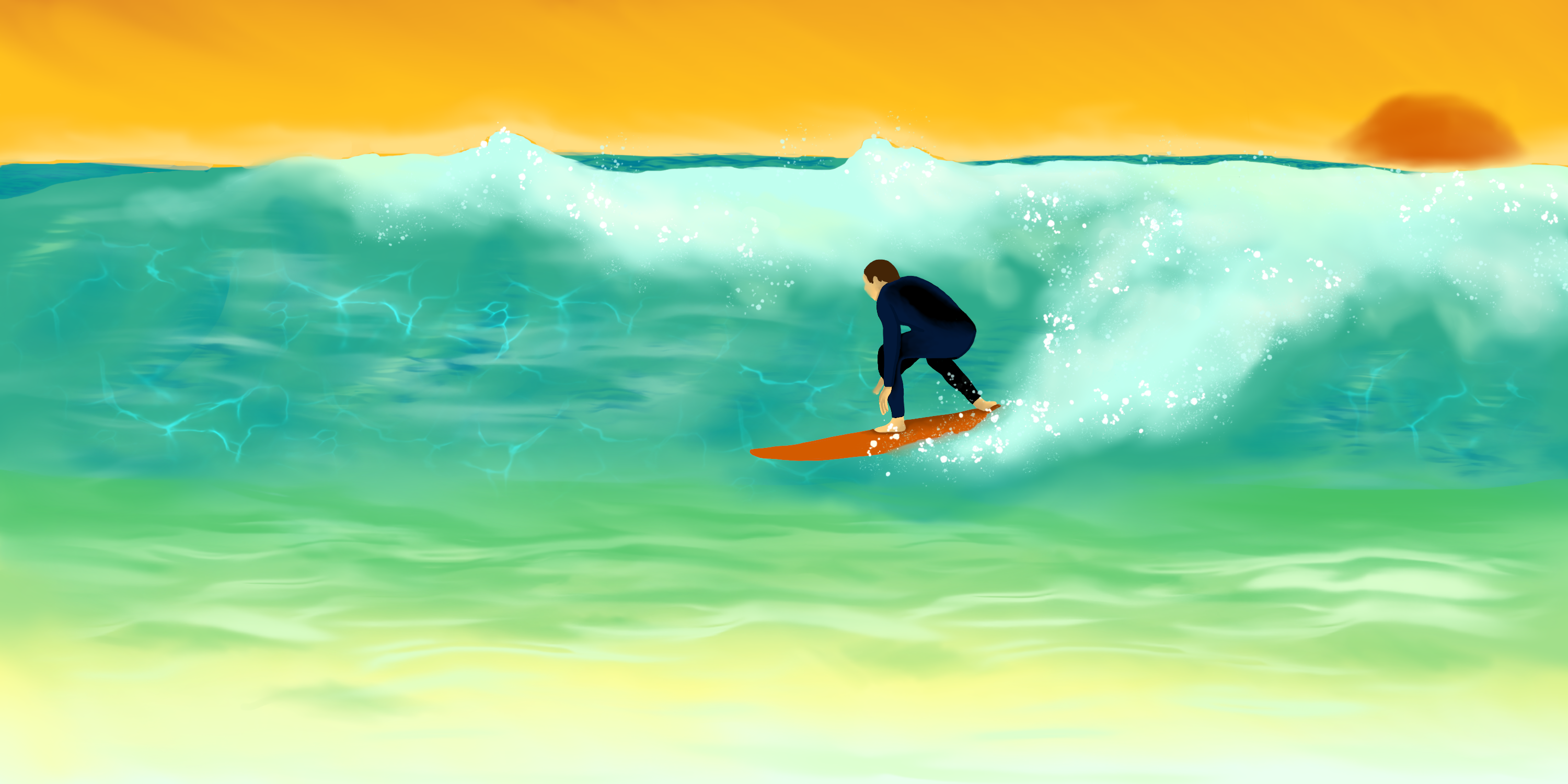 A look at Great Lakes surfing and one of the Michigan surf shops making it happen.

When people think of the Midwest, they might picture the unpredictable weather, Chicago, or the cornfields. I moved to Chicago from LA over a year ago now, and I never thought that I would be missing the coast because I’d be missing out on learning how to surf. (Of course, I just had to pick up an interest in surfing after I moved away from such an ideal surf state.) Initially, I felt defeated and thought I’d missed my chance on learning something new and exciting, but after a few quick searches, I realized that the Midwest has its very own surfing scene.

Surf is not as big here as it is in California or Hawai’i, but if you thought you’d be missing out on an opportunity to surf because you live in the Midwest, you’d be wrong. And knowing the right place to start is the first step.

Ryan Gerard, the founder of Third Coast Surf Shop in New Buffalo, Michigan, as well as Rusty Malkemes, a commercial photographer and Surf Ambassador for Third Coast, have firsthand knowledge about what it’s like to be a surfer in the Midwest. Gerard started surfing in 1998, and at the time it was as simple as joining a few guys at the beach one day, because the surf scene was just a very small community of people.

Malkemes just picked up surfing a little after Gerard opened his shop in 2005. He was approached by another surfer on the beach, Pete Madden—a born and raised Midwest surfer—who saw him eyeing the waves one day on the beach and decided to show him the ropes, kickstarting his journey with surfing.

Gerard and Malkemes are just two out of an entire community that bonds over surfing and since they started, the surf community in the Midwest has definitely grown — so if you know where to look, you’ll be able to spot the surfers out on the lake.

And once you get into it, you won’t be able to escape the other surfers. “It’s definitely a lifestyle,” said Gerard.

Owning a surf shop was never the goal with surfing for Gerard. While he was pursuing his degree, Gerard decided that school wasn’t for him and moved to California where he could live out his days doing what he loved, surfing.

Being a young kid out in California, he did what most young adults who are unsure about plans should do: work at a factory to make surfboards and spend his days catching waves. Eventually he decided to move back to be with family and to finish school, and went back into construction with still no interest in opening up a surf shop, but continued to make surfboards.

When asked by a business reporter about the surf industry in the Midwest for an article, Gerard realized there wasn’t much of an industry to speak of. This is when the idea of the shop came around and it didn’t take much for Gerard to decide that he wanted to give it a try.

Getting the shop up and running was a result of a journey that started with naivete that somehow led to a great end result, though Gerard knows that if he weren’t naïve in his youth and had thought through each decision, the shop would not have worked out the way it did. Now that he has an established business, Gerard still doesn’t lean too heavily on the business aspects because he realizes the importance of the little things, wanting to keep the surfer mindset.

Aside from surfing, he loves spending time with his wife and two sons. He’s big on travel and made sure that they got to experience that as a family, and it stems from the experience he had from taking time off school.

I realized that like Gerard, sometimes it’s best to be naïve with certain decisions, especially when you’re still young and are unsure of what you want to do.

“It’s the best time to make mistakes and have experiences,” said Gerard.

It’s important for beginners to do research before jumping into the water and just hoping they catch a wave.

At the very least, a beginner surfer ideally starts on a longboard which helps with stability. Before even thinking about shredding waves, you’ve got to get the basics down which would be paddling and standing up on your board. Having a longboard usually three inches above your height will do just fine, according to Gerard and Malkemes, but you’ll find that there are different length options that consider the rider’s height and weight.

You’ll be able to find beaches where it’s legal to surf at over by Montrose and 57th for all-season surfing, and Rainbow, and Osterman beaches for spring, fall, and winter. If you’re looking for a surf shop in Chicago, you’ll find that Gerard’s Third Coast Surf Shop is your one of your closest bets. As far as other surf spots go, that’s only spoken within the surf community so you’ll have to catch some waves and see for yourself.

Surfing in the Midwest can be tricky because of the weather. In a place like Santa Cruz, where Gerard surfed every day while he was living there, you’ll get great surf weather all the time.

Here, you should expect consistent waves in the winter, but that means the water is going to be freezing which brings us to the next thing you’ll need: a wetsuit. You can find waves to catch in the summer as well, though expect them to be broken waves, which are smaller and less cohesive, and not nearly as good as what you’d get in the winter. Salt water surfers should also expect it to be a lot windier compared to the coast.

Once you’ve got your wetsuit and your board, Gerard and Malkemes both stress that an important tip for beginners is to get a lesson. Whether that be from professional trainers or someone you know who surfs, it’s extremely beneficial if you have someone showing you the basics so that you aren’t learning improper form or technique.

Surfing definitely has its laid back mellow days, but you won’t be able to hang loose and catch a wave if you’re just getting caught in them, so it’s important to be prepared and ask for help. “Everyone is always super nice on the beach. They want to help you because they don’t wanna see someone get into some trouble,” says Malkemes.

And if surfing is something that you want to try out, but you end up coming up with even more reasons not to than for why you should, Malkemes has some advice.

If you think you’re ready to give surfing a try, Third Coast Surf Shop offers plenty of services for beginner surfers and Gerard and his staff are more than happy to help, but even more so they’ve got staff who are experienced in Great Lake surf.  Great Lakes surfing is a growing community and as we slowly get through this pandemic, it’s exciting to look forward to getting out to the beaches and getting in the water.