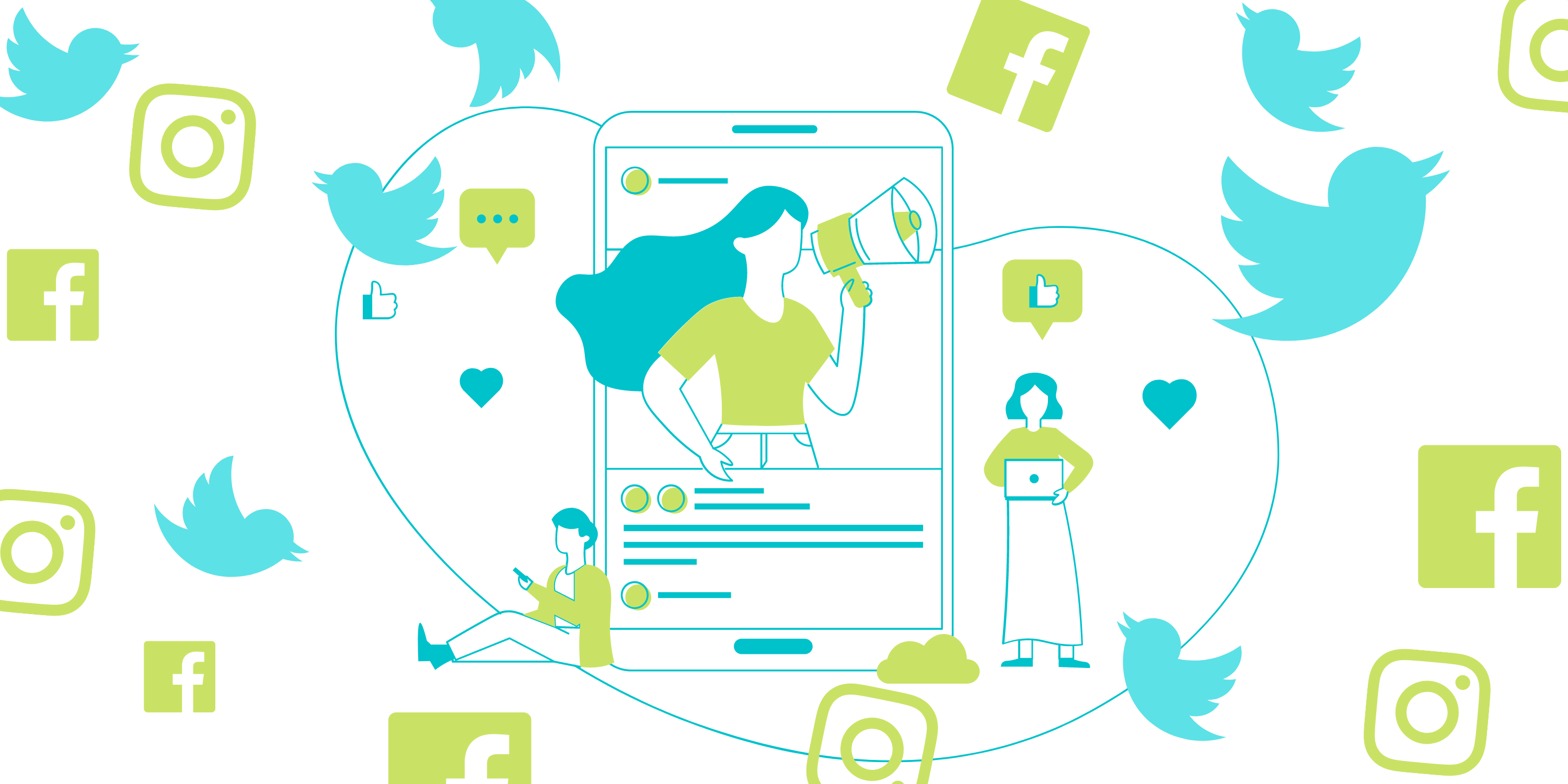 Editor’s note: The second in a multi-part series about the habitat of social media. Part one can be found here.

The struggle to “keep up” is a major aspect of social media in people’s lives; it’s the scuffle of having different types of friends on different platforms and constantly flipping between them.

I created a Facebook account when I turned 12 years old in 2012 because of peer pressure – I didn’t want to miss out on what my friends were talking about every day in school. Facebook was awesome for my 12-year-old self. I could share memes, comment on pictures, press the “like” button, tag people, type my thoughts out. I was immediately addicted. My mind craved online validation and along with that came my anxiety and overthinking.

Over time, I have learned how to regulate my virtual being to some extent – but with a new social media platform popping up every four years or so, it gets overwhelming. And you will relate if you’re Generation Z because many of us have been exposed to some sort of social media by middle school.

I got Instagram two years later because it was getting popular among my peers and Facebook was deemed to be for “older folks.” Then Snapchat came about and was for the real connections: the close friends I wanted to keep in touch with on a day to day basis.

I finally joined Twitter in 2016 and recently started using it regularly because it was encouraged by my journalism professors. It is the perfect media to get the latest of the latest news. But it gets especially hard to keep up if you’re a journalist trying to keep up with the news and your friends at the same time.

“It is hard to keep up with everyone being on different platforms because some of my friends aren’t on Snapchat, some aren’t on Instagram,” said Joey Cahue (@joeycahue), who recently graduated from DePaul with a degree in public relations and advertising and journalism.

“So, for some people, you don’t know what is going on in their life unless you reach out to them.” It gets even more complicated to keep up because all these platforms have different communication modes. Instagram only does pictures, graphics and videos. Twitter does tweets, pictures, links, trends and news. Facebook is more closed with groups and private profiles. This tempts people to have all platforms to keep up with different modes of communication.

Eight out of 10 people I spoke with – mainly Gen Z – for this article confirmed that they are overwhelmed with keeping up on social media. A study confirmed that social media fatigue is influenced by the compulsive use of it and the “fear of missing out.”

And with the current unprecedented events, social media hasn’t been too kind on the mind. As racial injustice and the issue of police brutality stimulated the Black Lives Matter movement this summer, it felt like doomscrolling was inevitable to keep up with the injustice going on in the world.

With the protests that gained momentum this past summer, June 2 saw Instagram filled with images of black squares with the hashtag #BlackOutTuesday to show solidarity and raise awareness. Following those posts were people accusing one another of performative activism.

The positive side of activism on social media is that people have been creating slideshow posts using their accounts to educate one another and learn more about how they can help the movement and put an end to systemic racism. Without the marriage of a camera phone and social media, the reaction to the injustice that George Floyd endured likely would not have been this passionate.

However, the negative side of this activism is that some posts can easily be misleading. And fake news spreads quicker than real news.

i know people praise instagram for those cute info cards where people can get their social justice fix in bitesized chunks, and yes they are useful, but don’t let that be the only info you consume, they should be launchpads for your own reading/fact-checking

A little about algorithms and the hack

Over time, all social media platforms have received updates and changed their designs; users have in turn changed their consumption styles. These changes have been designed to attract or push people away from their platforms, therefore changing user demographics. But the algorithms that run these apps are made to keep us hooked and addicted.

The New York Times’ Rabbit Hole is an “audio series about how the internet is changing, and how it’s changing us.” While listening to this podcast, I started thinking about how we consume media and the ability to customize our media consumption. Algorithms have the ability to shape what we like and dislike. This kind of power is definitely something to be cautious of in the hands of Big Tech, something you can read more about in part four of this series. Therefore it is up to us, as users,  to be able to think in retrospect about our social media usage and control our consumption.

Seeking some inspiration about decluttering from Marie Kondo, I have come up with some changes you can implement on your social media accounts to serve you better, without having to create separate accounts for different purposes – at least until Jack Dorsey and Mark Zuckerberg give us the ability to fully customize our feeds. (Also Dorsey and Zuckerberg, if you’re reading this, hire me so we can work together to create the best ethical algorithms for the best user experience.)

When it comes to personalizing your Twitter feed, you can really only switch your feed between receiving the “Latest Tweets” or the “Top Tweets.” This is limiting when you follow so many people and follow different kinds of accounts.

Twitter’s “Lists” feature, which allows a user to create lists of accounts that can be viewed in a single feed, got me pondering how we might be able to separate celebrities and influencers from close friends from politicians and news companies. When you create lists and pin them, they will appear as separate feeds in your Home feed. In these lists you can add people without having to follow them.

Have a look at my lists, for example. Because I have created these lists, I only follow friends and fellow journalists, sorting everyone else into these categories. If you think these lists can be limiting to your main feed, there is the option to show the top tweets from the lists to appear in your main feed.

Instagram doesn’t let you do much either when it comes to taking control of your feed. However, depending on what you want your Home feed to look like, I recommend using the “close friends,” “muting” and  notification tools to your full advantage. If you want to share something with only close friends, share them in your story under the “close friends” option. If you don’t check Instagram regularly but want to be updated whenever friends post, enable post notifications on their profiles. Personally, I mute the Instagram stories of many of the celebrities I follow — I prefer their feed posts.

Another important thing to remember is that you have the ability to follow who you want to follow. And that person’s content is going to pop up in your feed. If you don’t want to unfollow, you have the option to completely mute them.

The pandemic has pushed us all to stay connected online but it is important to take breaks from our online lives. I recommend listening to this episode “Dial D for Distracted” by The Happiness Lab, which is a podcast based on Yale’s most popular course taught by Dr. Laurie Santos.

Having learned a little more about the habitat of social media, the next article in this series will highlight the struggles of someone involved in media and what it takes to separate their personal and professional worlds online.