Artists Use Their Platform for..

Marie Kondo Up Your Social Med.. 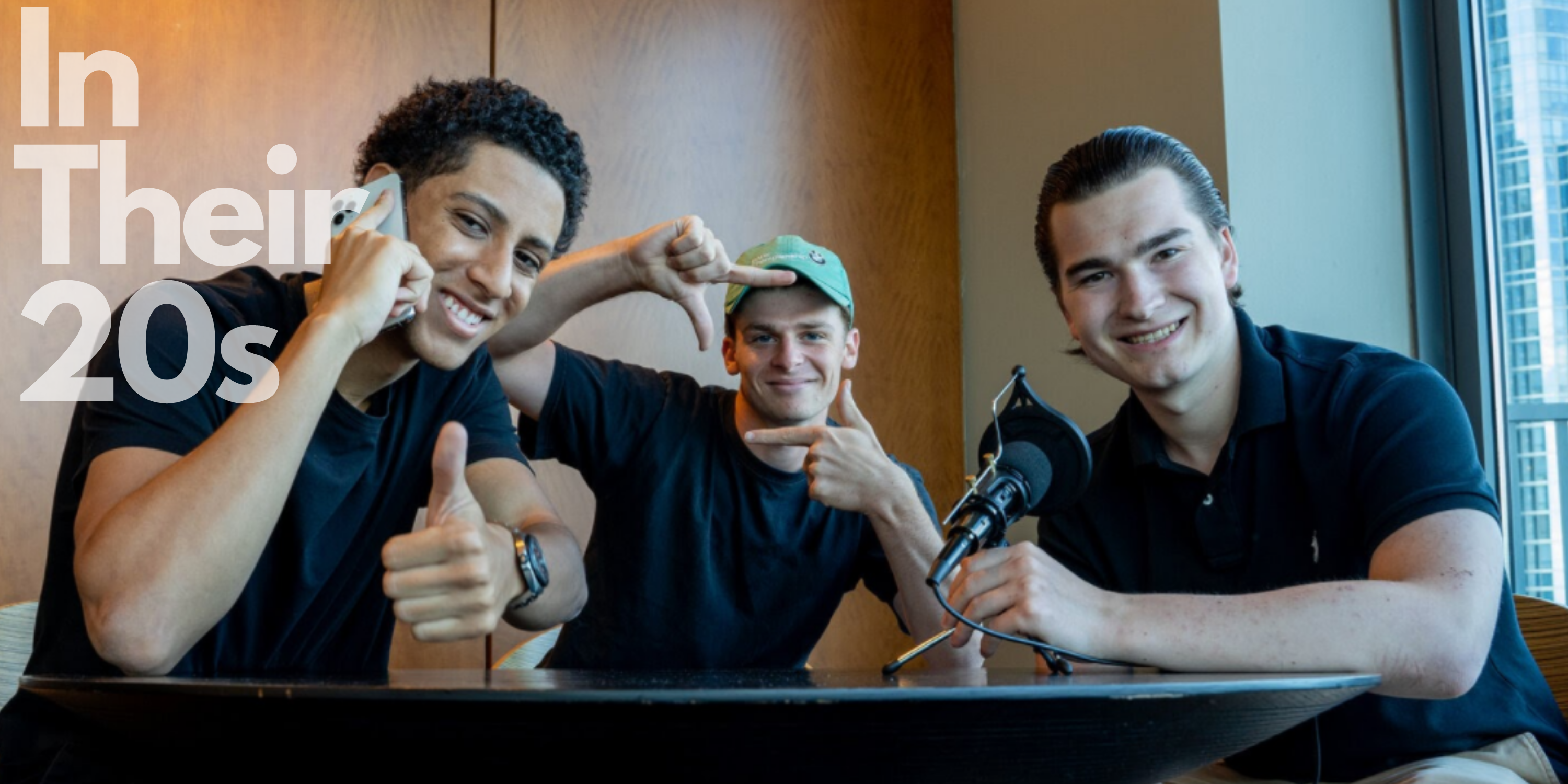 Have you ever wondered what the most successful people in your industry did during their twenties? Now you can — thanks to a new web series called “In Their 20s.”

“In Their 20s” was founded in March by Landon Campbell and Michael Holmes, both of whom recently graduated from DePaul University. The web series was released in June, and shortly after Holmes and Campbell brought on Jake Aks to the team as their producer.

Campbell and Holmes wanted to create this web series to help give advice and resources during the pandemic to help those that want to enhance their career.

“We saw many of our friends and colleagues losing internships and full-time offers,” said Holmes when asked what inspired him to create the series. “We thought creating a web series that provided the best advice for people in their 20s would be a great resource for our colleagues who were searching for what to do.”

“We want to inspire people in their 20s with the best advice on the planet,” said Campbell when asked what inspired him. “We do this by interviewing influential people who have gone through the difficulties of their 20s to become successful.”

“I was blessed with so many amazing mentors early in my career, I want to be able to give back somehow,” said Quigley on why she likes to share her experiences.  “I have mentored, coached and managed several new hires at Microsoft and absolutely love that stage of a career. And now I have two sons in college so I am seeing first hand what they are facing as they try to enter the workforce — it’s intense!”

When selecting candidates to guest on the web series, they originally started with mentors that they already knew from their networks. Eventually, other influential people started to reach out to the show, according to Campbell.

Variety is another factor considered when inviting guests onto the show.

“When it comes to selection, we want unique stories and diverse backgrounds,” said Campbell. “Each of our interviews is different, which helps our audience connect better with the stories we share.”

The show’s range of guests and overall mission were evident when Campbell and Holmes were asked their dream guest to bring on the show.

“If I could have anyone on the web series it would be Elon Musk,” said Holmes. “Elon Musk has started or been a part of so many companies that gives him a very wide range of knowledge in both starting and operating companies. I would love to learn about some of his most successful and least successful projects to see his perspective on why things worked so well or didn’t work at all.”

“I’d love to interview Drake,” responded Campbell. “Even though he was in the spotlight for most of his 20s, it would still be amazing to sit down and talk about the defining moments of his 20s.”

When asked which show was his favorite, Holmes said he enjoyed Haracz the most.

“Even though I am a finance major I can learn an immense amount of things from someone in the culinary field,” said Holmes. “Our viewers can watch any video and see a different perspective that they may not have thought of before.”

Even if a guest is not in the particular industry that the viewer wants to go into, it does not mean that they won’t get something out of an episode. 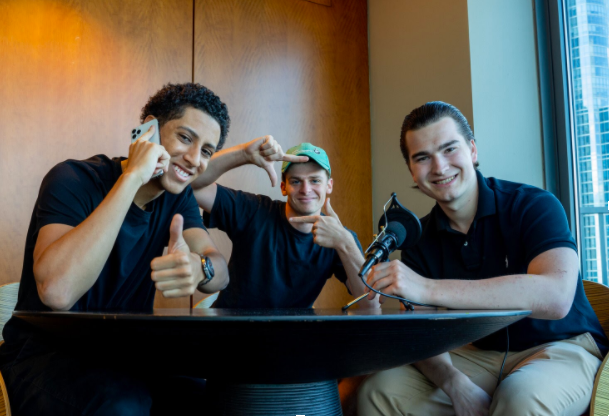 Courtesy of “In Their 20s.” Landon Campbell, Jake Aks and Michael Holmes (left to right)

All three members of the “In Their 20s” team have a DePaul education. Naturally, there is a curiosity about how DePaul played a role in the creation of the web series.

When asked about the initial impact of DePaul on the show, it was clear that Campbell and Holmes had many mentors from DePaul — one of those mentors being Tomer Yogev. Yogev helped the two test the viability of the web series as well as gave feedback on their interviewing skills, according to Holmes. Yogev is an adjunct faculty member at DePaul and the founder & Joy Hacker at The Big Joy. You can watch his episode in season one of “In Their 20s.”

Zoaib Mirza is another mentor that the two met from DePaul University. Mirza helped the web series pivot the current idea into something that would help reach the needs of their viewers, according to Campbell and Holmes. During his 20s, Mirza completed three master’s degree programs, which eventually led him to teaching at DePaul University. Currently, Mirza is the director of instructional design at Cornell University. You can watch his episode of “In Their 20s” as well.

Both Campbell and Holmes took part in a variety of internships during their time at DePaul University, allowing them to have many different professional mentors. One of the goals of “In Their 20s” is to make “mentorship and professional advice … accessible for everyone,” said Campbell. This allowed Campbell to land a job at Motorola Solutions and Holmes a position at Mazars.

“I tell [young professionals] a few things — work hard and do whatever it takes to get experience; network with your peers — as you grow in your career, they will be the ones that you continue to rely on and connect with through the years; find something you love and find energy doing; and build your career on your strengths because you are in it for long term, not short term,” Quigley said.