5 Takeaways from our #CheckYourJudges Public Newsr...

5 Takeaways from our #CheckYourJudges Public Newsroom with Injustice Watch 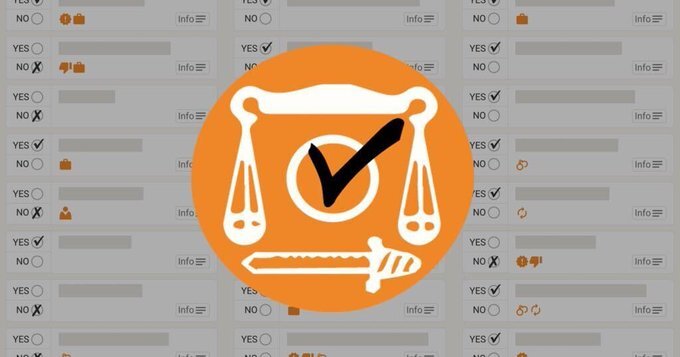 Researching judicial elections in Chicago is tricky — there’s a lot of them (62 judges up for retention in November), there’s not much coverage, and it’s hard to discern their stances as so-called apolitical law-reinforcers.

But don’t worry, Injustice Watch and 14 East are here to help. On October 7, we held our first Public Newsroom of the school year with Injustice Watch, a nonpartisan, not-for-profit news publication aimed at uncovering injustice. We had John Seasly, Injustice Watch’s courts reporter, and Charles Preston, the audience engagement editor, walk us through their brand new judicial election ballot guide and give us some tips for our own research.

We learned a lot — you can watch the recorded livestream on our Facebook if you’d like. But, if you want a quick overview, here are 5 takeaways from our newsroom.

Judges are hard to remove and have little disciplinary reinforcement.

It’s really hard to remove judges, but one way of doing so is voting them out.

Judges aren’t political — they are reinforcers of the law — but choosing them can be. A good/bad judge is based institutionally on their ability to enforce the law.

“It’s not a simple process of red and blue, Republican and Democrat, you really have to dig deep and find financial connections, you have to find their records in regard to each case,” Preston said.

Bar association ratings are a good place to start, but are not the end-all, be-all.

Preston and Seasly advised looking to community groups and advocates for more research — talking to lawyers and advocates who have good on-the-ground insight from interacting directly with the system.

“Think about what matters to you and how those things can translate into a judicial context. What things do you care about, and does the judiciary as it is now represent that? Should it look different?” Seasly said.

What can judges do anyway?

“They’re reviewing their decisions and making sure that they enforce the law correctly,” said Seasly. “If they find that errors have been made, then they reverse them and send those back.”

Criminal judges, on the other hand, preside over felony and misdemeanor trials.

“Judges operate in so many other areas of civil life,” said Seasly.

Judges decide whether the Department of Children and Family Services can take children away from their parents, and rule on divorces, lawsuits, evictions — they determine guilt and innocence.

As journalists, we need to understand the oppressive systems in place.

As journalists, we need to first learn the history of the criminal justice system and how it upholds racist systems and additionally, how judges take part in that system, or else our reporting will be ineffective.

This information is important, but hard to come by. Injustice Watch’s ballot guide is a fantastic example of bringing information in an accessible and interactive way to voters.

“People just need information, and that’s what I feel like the role of journalism is meant to be — just provide people with information to make their own decisions,” Preston said.