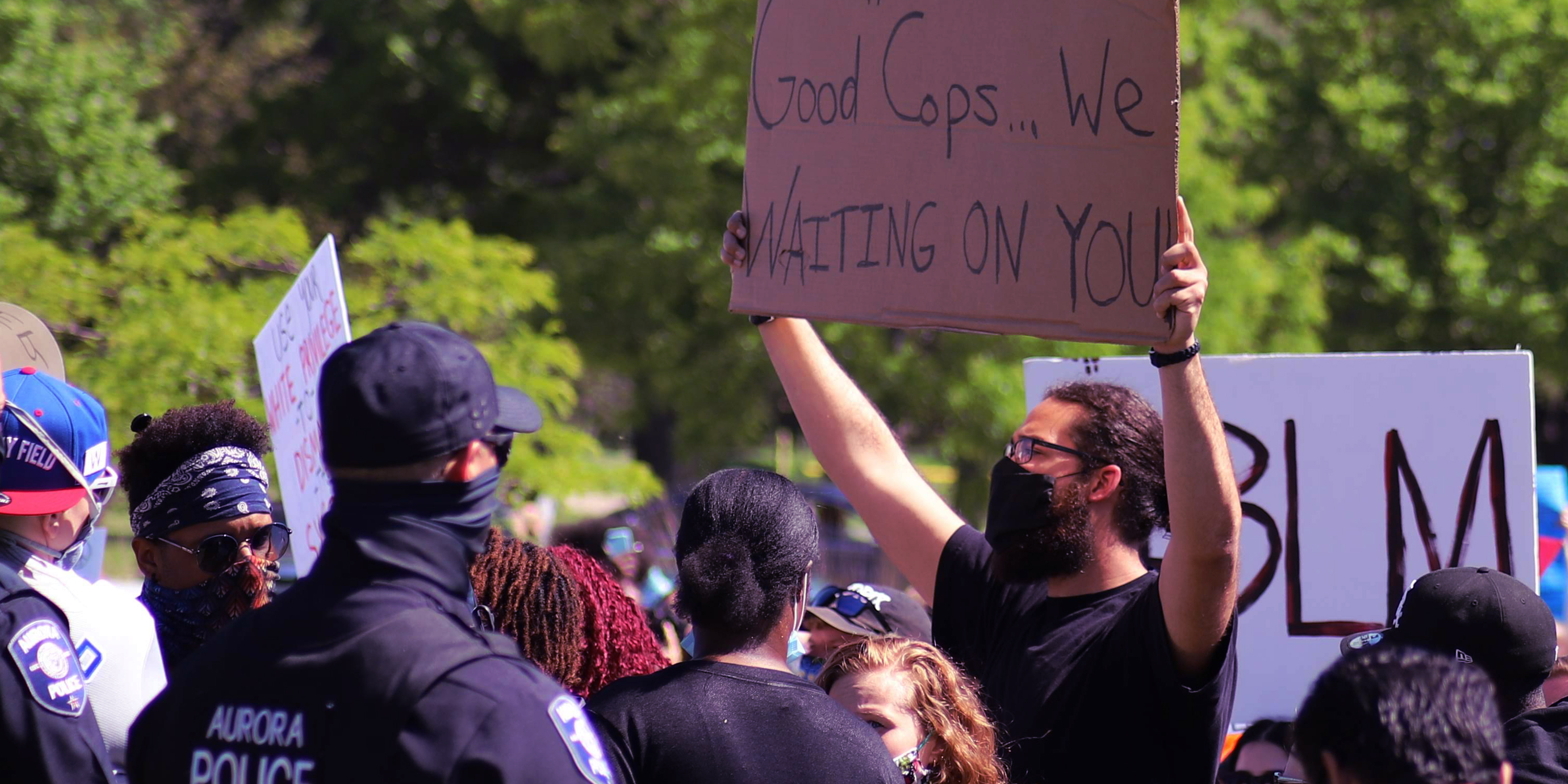 There has been a growing call for politicians to address police reform after the killing of George Floyd in late May. Here in Chicago, Republican Jim Oberweis and Democratic incumbent Lauren Underwood, candidates for the House of Representatives in Illinois’s 14th District, the district that covers much of the northern and western suburbs, addressed the reform of the police system at the federal level in an interview with the Chicago Sun-Times on September 3.

Oberweis is a wealthy businessman and investment manager, and currently is a member of the Illinois Senate representing the 25th district. Underwood is a registered nurse in her first term as the US Representative for Illinois’s 14th congressional district as a member of the Democratic Party.

Both candidates say they support efforts to address racism in America and the right of people protesting to advocate some changes in terms of inequity, but they hold different thoughts regarding police reform.

Rep. Underwood addressed her support for the passage of the George Floyd Justice in Policing Act in the House of Representatives.  While the bill is not expected to pass the Senate, the act proposes steps to look at what Underwood sees as severe flaws in the policing system, including banning the use of chokeholds at the federal level and creating law enforcement development programs to foster policing best practices.

“I’ve listened to our community and actually helped lead the George Floyd Justice and Policing Act to pass through the House of Representatives,” Underwood said. “This historic bipartisan legislation mandates policing reforms to ensure that all Americans feel safe and protected.”

Underwood added that police reform should start with requiring police departments to build trust for people to feel protected, what she feels to be the most fundamental point. 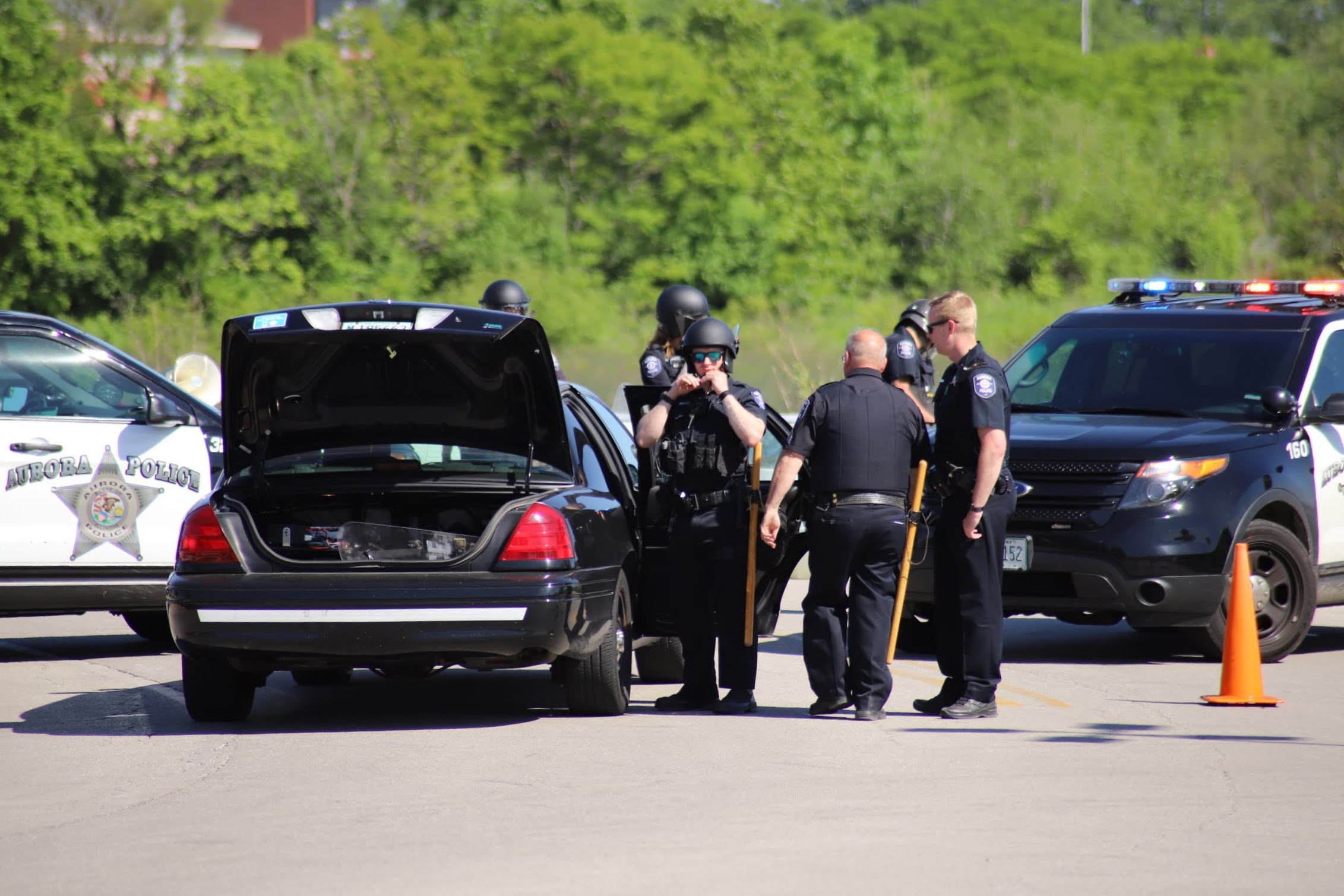 Police in Aurora, IL, arriving at protest in Aurora, IL in May outside the Chicago Premium Outlets shopping center. Aurora is a part of the 14th District. Photo by Cam Rodriguez, 14 East

”Everybody in the community needs to feel safe and protected, and it requires police departments to build this, to collect data regarding the use of force that bans the use of chokeholds and carotid holds,” she said. “And it requires a deadly force be used only as a last resort.”

Oberweis has filed state legislation to require licensing from police officers to prevent fired officers from getting rehired in different jurisdictions. He suggested that the legislation should have been passed to prevent recent events, like the killing of Floyd, from happening.

“It’s very difficult to fire the few bad apples out there because the unions will support them even though it’s pretty clear that they have done some very bad things,” Oberweis said. “The licensing requirement would mean that if, let’s say, a policeman was eventually fired for bad actions in Chicago, he couldn’t just go to Kalamazoo, Michigan, and get a new job. We have independent groups looking at whether or not he should be able to maintain that license.”

Oberweis said that he agreed with the rights of citizens to protest against injustice, but it doesn’t mean to allow people to loot businesses.

“I also 100 percent support the right of people to demonstrate against injustices that they see happening; however, it does not give people the right to smash businesses, break windows, go in and steal things,” Oberweis said.

Oberweis also condemned Underwood for refusing to publicly denounce the rioting and looting that occurred during the protest, which the Chicago Sun-Times reported was an inaccurate claim.

Underwood responded that she has been inspired to watch people advocating their desires to change the inequity in terms of Black Lives Matter and highlighted that there were still many peaceful and “beautiful” protests this summer. 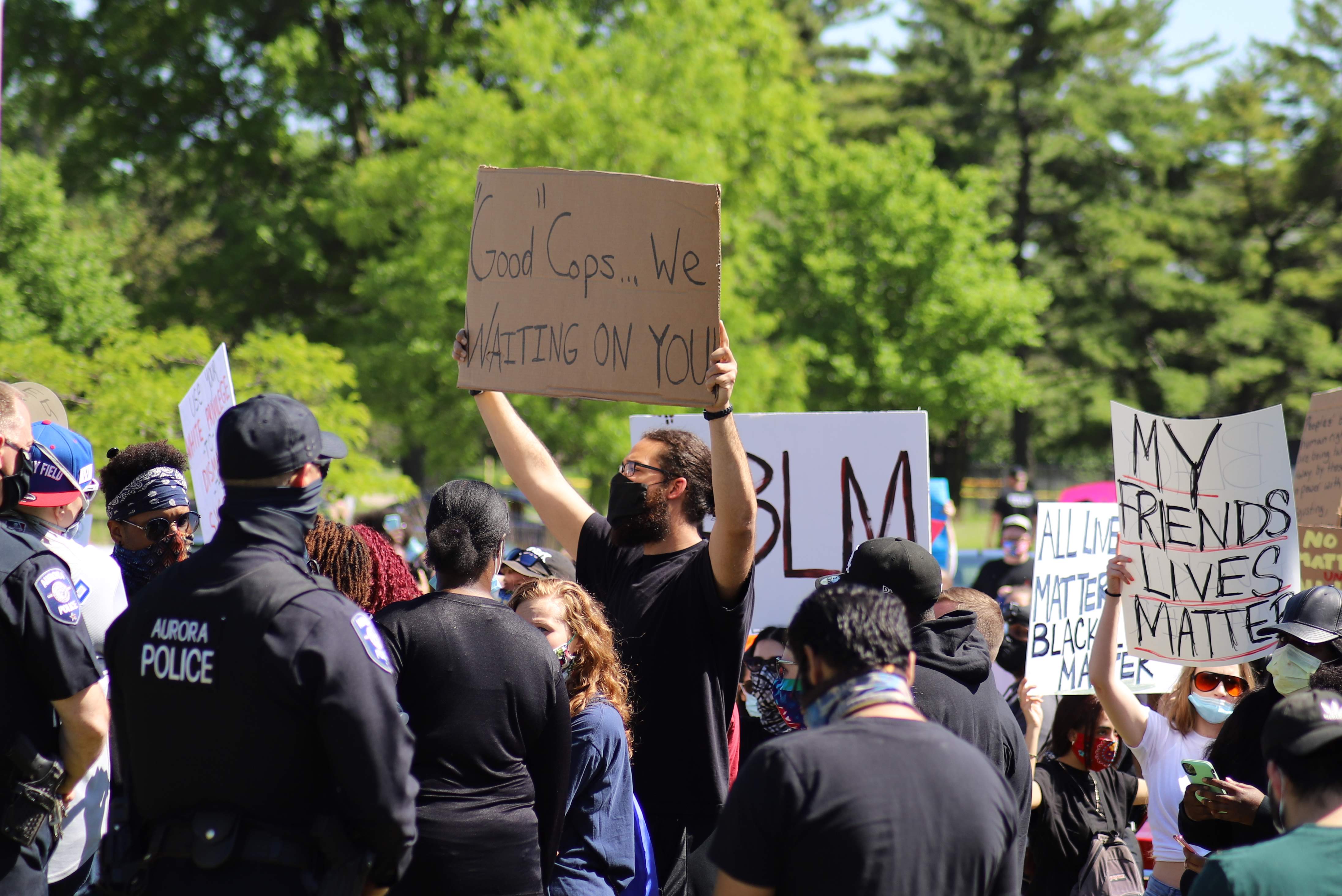 A #BlackLivesMatter protest outside the Aurora Police Department during a wave of protests in May 2020. Photo by Cam Rodriguez, 14 East

“I’ve been really proud and inspired to watch people across the 14th District embrace the cause of equality and justice to advocate for change in the state of Black Lives Matter,” Underwood said. “This summer we’ve been having this open conversation about race and racism and white supremacy and Black Lives Matter and how that intersects with policing.”

Police reform is also being advocated for in institutions outside of congressional elections.

Kathleen Arnold, political science professor at DePaul University, said police reform is something many groups are calling for, including asking the CPD to end its relationship with schools, getting training to avoid the use of excessive force and building a range of institutions that help lower income individuals so the police are not asked to intervene.

Arnold says increasing fundings to professional fields like social services is one of the ways to reform the police system.

One area that is gaining more attention is redirecting some police funding to other areas that can help with the needs of communities, like social workers and economic, education and legal services, said Benjamin Epstein, another political science professor at DePaul.

“Police wear many hats and I am hopeful that more cities and counties will create broader services that will help make confrontations and police violence as rare as possible,” he said. 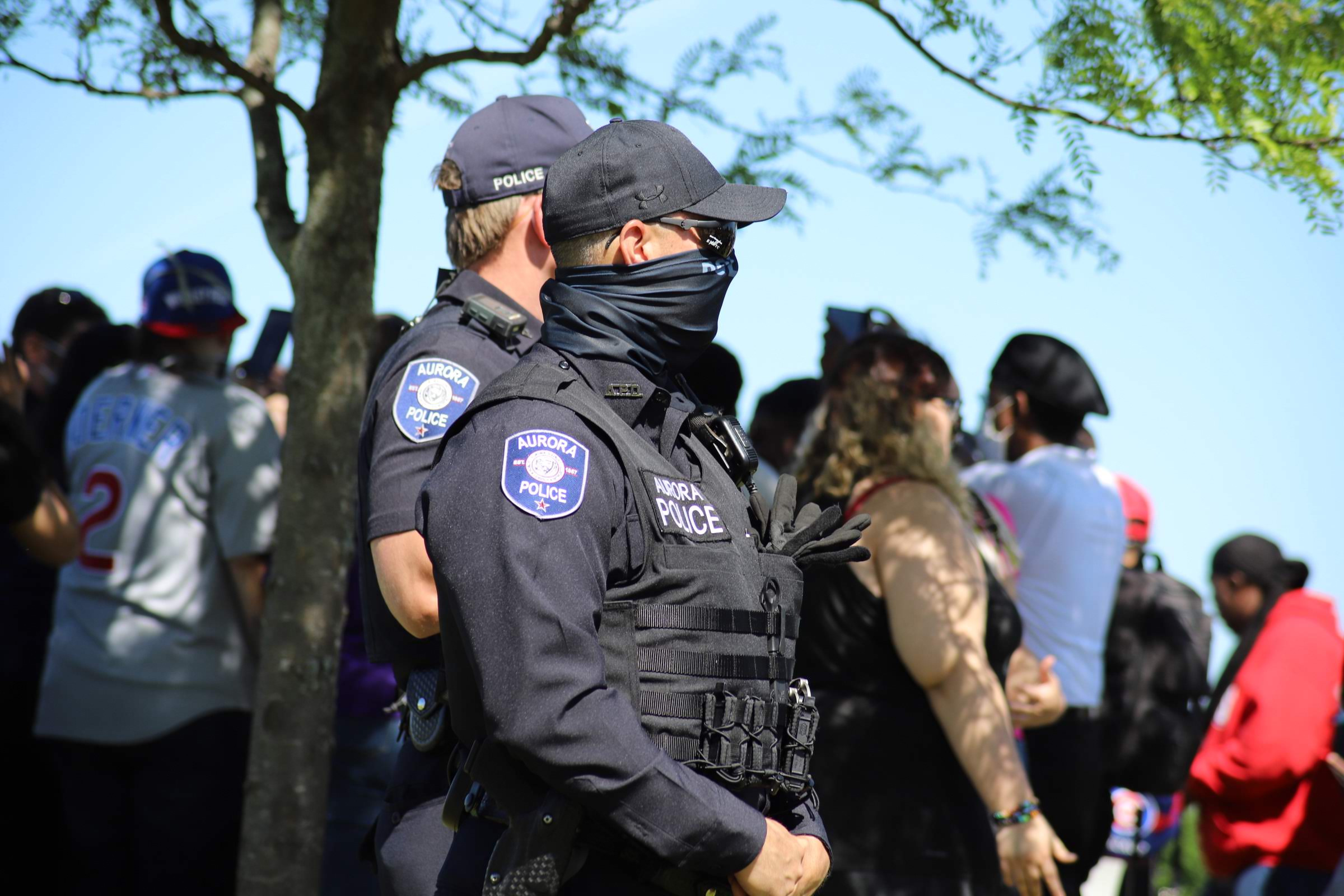 Police at a #BlackLivesMatter protest outside the Aurora Police Department in May. Photo by Cam Rodriguez, 14 East.