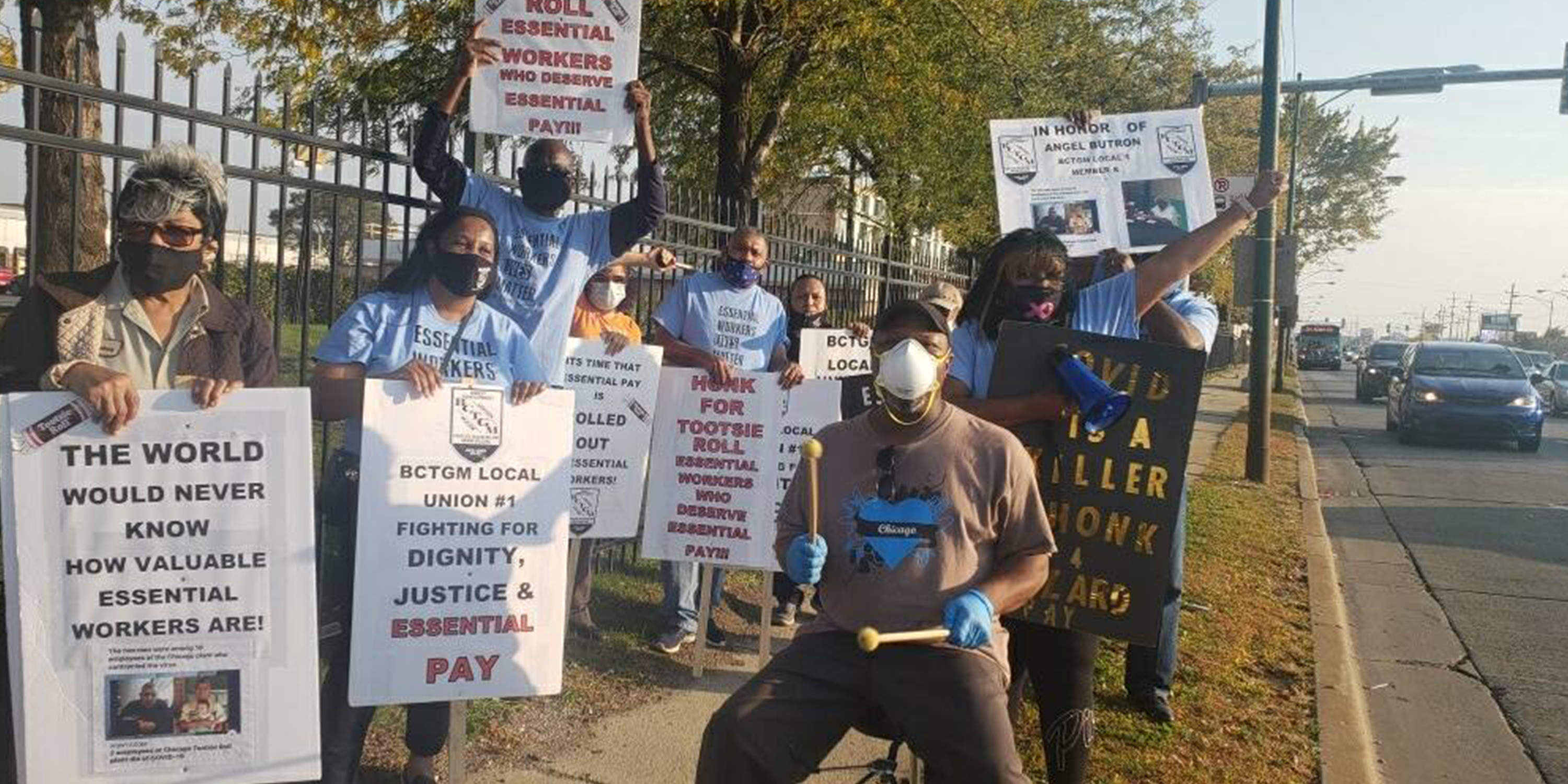 Union workers are demonstrating on the Southwest Side for hazard pay contracts at the Tootsie Roll Industries Chicago-based factory located in the 7400 block of South Cicero Avenue. The union has been protesting there since June 24 every Wednesday afternoon, vocalizing fears that they might contract COVID-19 by going to work every day, said Gubrina Green, chief steward of the Tootsie Roll factory.

“We realized this is a very serious situation,” said Donald Woods, president of the Bakery and Confectionery Workers International Union of America (BCTGM) Local 1 union. BCTGM represents workers in Chicago and several surrounding states in confectionary companies and bakeries.

A cluster of 18 COVID-19 cases in April killed two employees, according to Woods, who also said the factory did not and still does not disclose the exact number of cases which makes going to work more risky.

Since the cases were reported, management has been classifying COVID-19 cases as a short-term disability, implying that an employee who has the illness is responsible as opposed to the factory admitting the fault, according to Woods.

“Other companies were more sympathetic. They understood and really appreciated the employees coming to work under those circumstances,” Woods said. 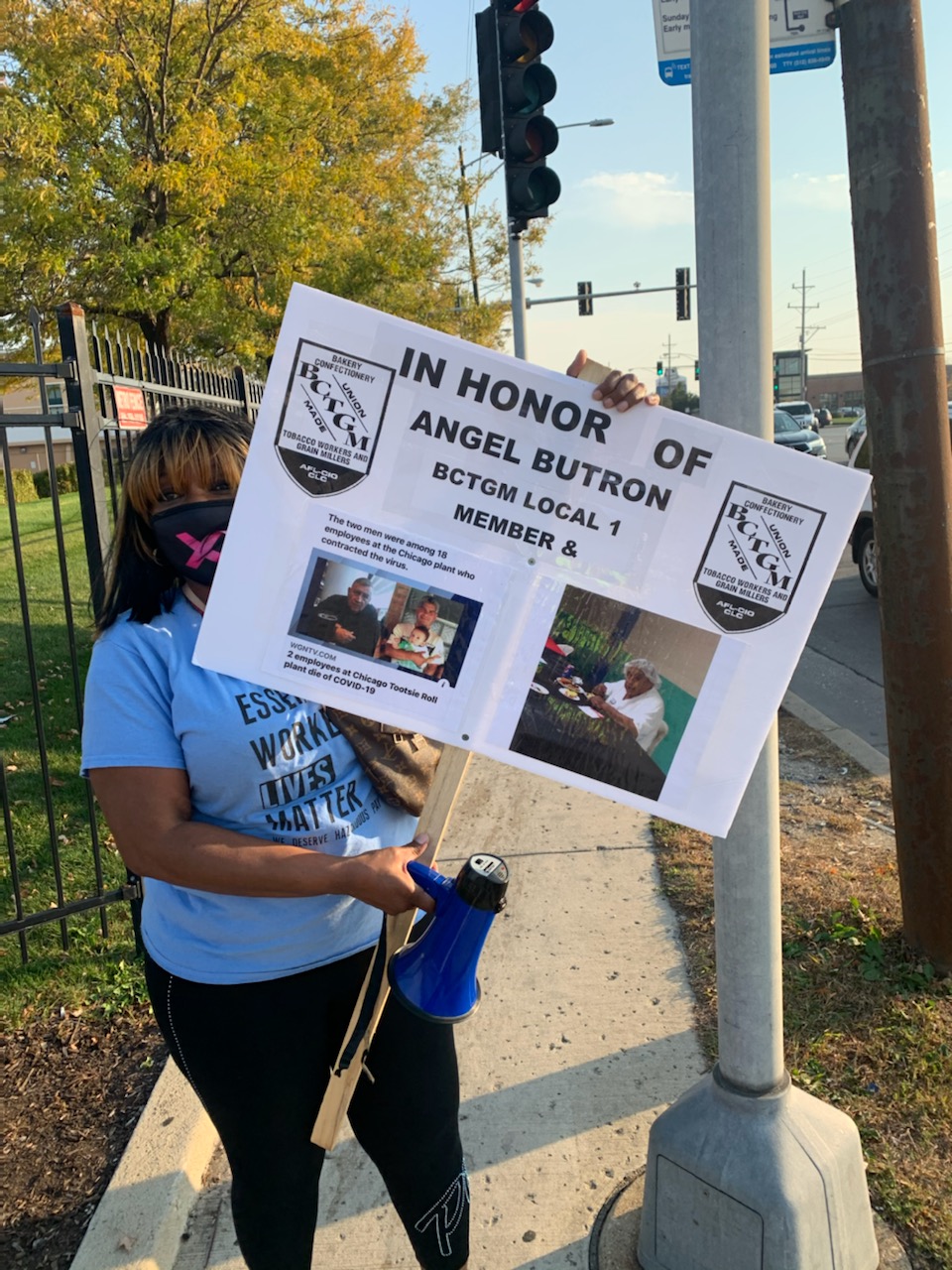 The most recent contract Tootsie Roll negotiated with the union was established in 2018. However, Woods noted that they couldn’t have possibly known to include details about a pandemic.

“They won’t move unless you move them. There’s not enough pressure on them,” Woods said after noting the constant “run-around” and disregard from management every time he attempts to mention the subject.

“In the beginning [March] they seemed like they would cooperate but then they just froze, saying all kinds of excuses,” Woods said.

He also mentioned never getting far enough with the company to discuss specific hazard pay details. “We didn’t get to a specific number because you got to get a company to start talking about it first, but they didn’t want to talk about it,” Woods said.

Tootsie Roll did not respond to 14 East’s repeated requests for comment. 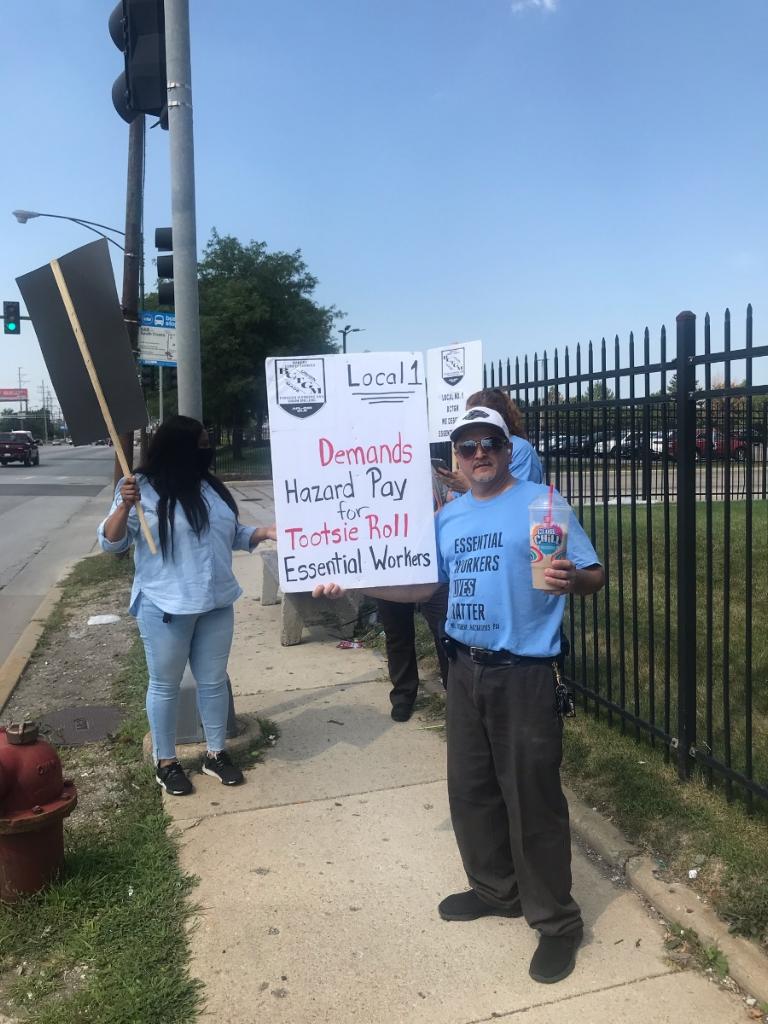 Gubrina Green has been leading the protests outside the factory and is a strong advocate for hazard pay. “Appreciation. That’s what it’s all about,” she said. Green also strongly feels local politicians have a role in helping unions secure some kind of COVID-19 compensation.

“Politicians need to step up and help us. OSHA [Occupational Safety and Health Administration] is defending employers,” she said. There have not been any violations reported by OSHA to the factory since 2010 which was an undisclosed, serious safety-related offense.

She also described how dangerous conditions were, and did feel that working at the factory was safe according to the COVID-19 guidelines for workplaces expressed by OSHA. Such conditions include what Green thinks is a less-than-effective COVID-19 screening.

“These companies are trying to say that the virus is not there. They still take temperatures, but it’s not accurate because it’s not the only way to see who has COVID-19. Some people don’t have fever and they still get to work,” Green said.

Some employees who are scared for their safety have taken matters into their own hands. “People are going around spraying bleach everywhere –– regular employees just trying to sanitize. The chemicals are obvious in the air and we’re not getting any type of ventilation,” Green said.

She also believes the pandemic poses less of a threat to management and office positions.

“People have gotten fired because they were afraid to work. They got statements from doctors stating they cannot work in this environment,” Green said.

According to her, employees who were off for four days or more and had a doctor’s statement would be accepted. But employees who suspected they had COVID-19 and took off for less than four days before realizing they didn’t contract the virus were penalized. 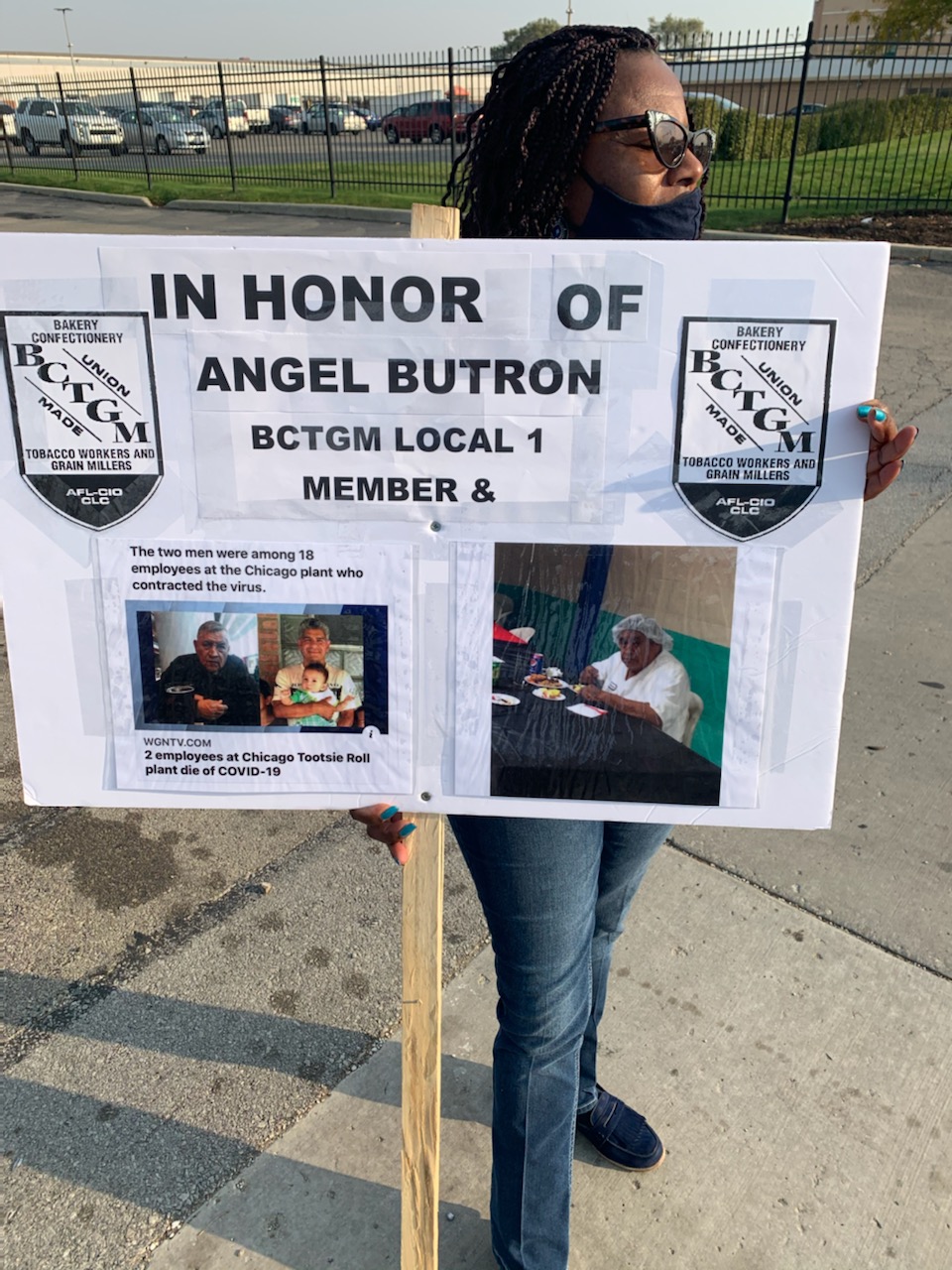 Malcolm Newman, a forklift operator in the warehouse, has been working at Tootsie Roll for 23 years and says nothing this big has ever happened before.

“They’re not acknowledging us as human beings, as workers. That’s why we’re out there, we’re trying to get them to appreciate us,” said Newman.

Newman also said most of the workers, even those in management and non-union members, are supportive of the union’s efforts. “They’re on our side that we’re doing a good job.”

However, Newman worries not enough people are demonstrating with the small group of organizers. Since June, less and less supporters have been present on Cicero Avenue to help the cause.

Despite this, President Woods foreshadowed a plan in the near future to address the company’s lack of cooperation. While it is undisclosed, the three leaders are hopeful for a win in their battle for a fair workplace.

All photos, including the header image, courtesy of Gubrina Green.