Eternally Fly: A Look Back on ..

Getting Involved On Campus During COVID-19

Feeling the Impacts of Screen ..

Getting Involved On Campus During COVID-19 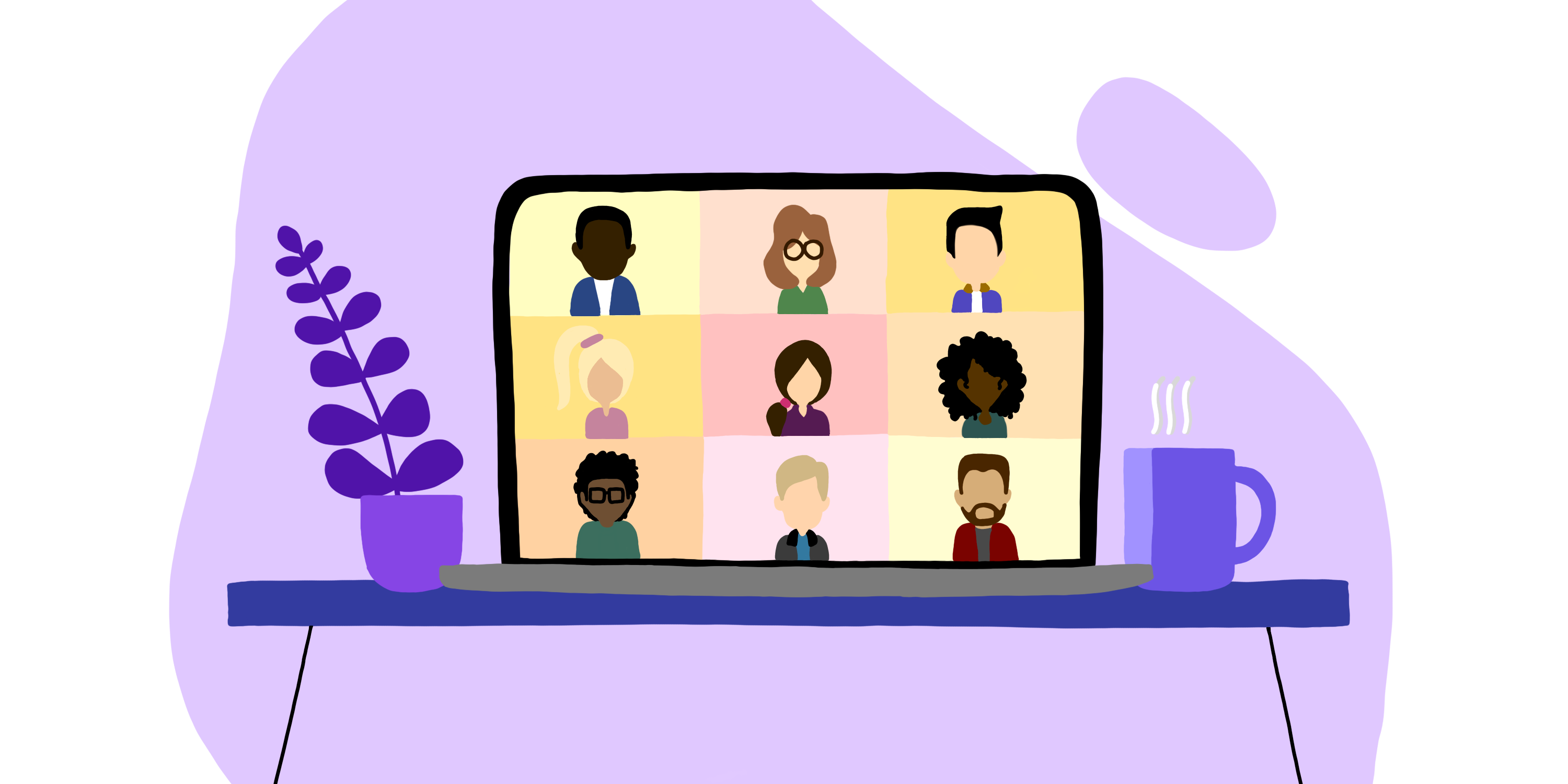 Student organizations across DePaul have had to adjust to running their groups completely online throughout Autumn Quarter, making them use technology in new ways.

Sarah Rudy, the coordinator for student organizations and campus activities in the Office of Student Engagement (OSI) at DePaul, said being online has forced people to get better acclimated with technology and its benefits, and find new ways to think about running events.

“We use technology in a very different way than we did before,” Rudy said. “I think it has changed our perspective on how we can use technology to continue to make [involvement] more accessible to all students.”

Angelea Hengle, a DePaul senior majoring in management and the president of DePaul Dance Company (DDC), said the hardest part of the transition was waiting for the university to give them information about how club sports were allowed to operate.

“We were waiting such a long time throughout the summer and COVID-19 is so unpredictable,” Hengle said. “It’s been really hard overall because no one knows what they’re doing.”

According to Hengle, DePaul separated club sports into three categories: clubs that could practice in person regularly with masks and social distancing, clubs who could meet occasionally and clubs who could not meet at all. DDC is unique because they do not compete or travel like many other club sports, but dancing also requires the members to be in close proximity to one another. This made it difficult for the club to be put in one of the three categories.

“A lot of club sports also go to competitions and we don’t do that,” Hengle said. “All of these guidelines were great for everyone else but us because we don’t do competitions, we don’t travel and we are not really a contact sport.”

Hengle said that because the club was not allowed to meet in person, the audition process was a challenge this quarter. In a typical year, captains of each team in the company would choreograph a one-minute dance for all of the auditionees to perform in person. However because of the university’s restrictions, auditions had to be held online.

“I didn’t want to use Zoom at all,” Hengle said. “It is unfair to everyone because some people don’t have access to the Internet. If someone relies on the library for a computer, they can’t do a Zoom dance audition in the middle of a library.”

Because of these concerns, Hengle decided to have the captains choreograph combinations like normal and post videos of them to DDC social media so people could learn the dances and submit recordings as part of the virtual audition process.

“Forty new people auditioned last year, but this year we only had about 15 new people at most,” Hengle said.

Other student organizations have had similar frustrations with getting new students involved. Jericho Zornes, a DePaul sophomore majoring in film and television, created DePaul Virtual Reality Society right before the COVID-19 pandemic hit the U.S. in March. Since then, he said it has been hard to find students to join his club.

“It is hard to find people who also have VR devices,” Zornes said. “We were relying on what equipment the school had available.”

Because of these roadblocks, Zornes said it has been frustrating trying to get his club off of the ground during COVID-19 restrictions.

“We didn’t have the foundation that a lot of other clubs had,” Zornes said. “We are still trying to build a community.”

Reaching out to students and promoting events was something student organizations had to be mindful of this quarter. Liam Guiritan, the public relations officer for DePaul’s Filipino student association, Kalahi, said getting retention and turnout at events has been a concern, and that social media is a big part of that.

“This year especially we have been doing a good job at advertising when our events are,” said Guiritan, who is a sophomore studying graphic design. “We do a social media blast, a blast in our GroupMe, followed by an email newsletter to make sure no one is left out of communication.”

Guiritan said he tries to stay consistent when he posts on Kalahi’s social media accounts as well as be specific on who he is trying to reach with the post.

Madeline Zawada, a freshman studying public relations and advertising, said she wanted to go to the virtual involvement fair in September, but was too busy with classes.

“I had two classes and an EDGE program meeting during the involvement fair,” Zawada said. “I wanted to go to see what clubs [DePaul] has. I wanted to join a club, but I didn’t really get around to having an opportunity.”

Although she was glad she didn’t join any clubs in the first quarter, Zawada said she plans to get involved in the future.

“I am definitely more inclined to joining a club in Winter or Spring Quarter to get to know people,” Zawada said. “It is a good way of connecting with people especially when we are not in in-person classes.”

The Office of Student Involvement (OSI) held a virtual involvement fair at the start of Autumn Quarter and, according to Rudy, they plan to hold a second one during Winter Quarter.

“We heard really good things about our first virtual involvement fair,” Rudy said. “We saw a lot of student organizations participate, so we thought that would be a good thing to move forward with in Winter Quarter.”

Rudy said of the more than 350 student organizations and departments, 151 participated in the virtual involvement fair. She hopes to see that number grow in the winter.

Student organization leaders are similarly hopeful regarding the future of their clubs despite the uncertainty caused by COVID-19. Hengle said she wants to try to find a way for DDC to eventually perform.

“We want to try the best we can to do something,” Hengle said. “Virtual events might be the next thing which could be interesting.”

Other clubs are looking to build their community ties. Guiritan said Kalahi is planning a program similar to a fraternity’s sibling program.

“You get matched with someone you share interests with, and it will build a community,” Guiritan said. “Since we are all remote it will be interesting to see how that is all going to work.”

As for Zornes, he says he has plans to continue virtual meetings but is optimistic that his club will continue to grow.

“Hopefully more people will acquire the equipment as they gain [interest in] VR,” Zornes said. “I think next year there will be more people in person or near [Chicago], then I would really like to start making VR.”

Rudy said OSI along with student organizations have been working hard to make events capture what it is like to be on campus at DePaul through a virtual format.

“We are doing the best that we can,” Rudy said. “We are trying to recreate those experiences that [students] would have had on campus that are so meaningful to the college experience.”