Getting Connected: Chicago’s Digital Equity and Disparities in Remote Education 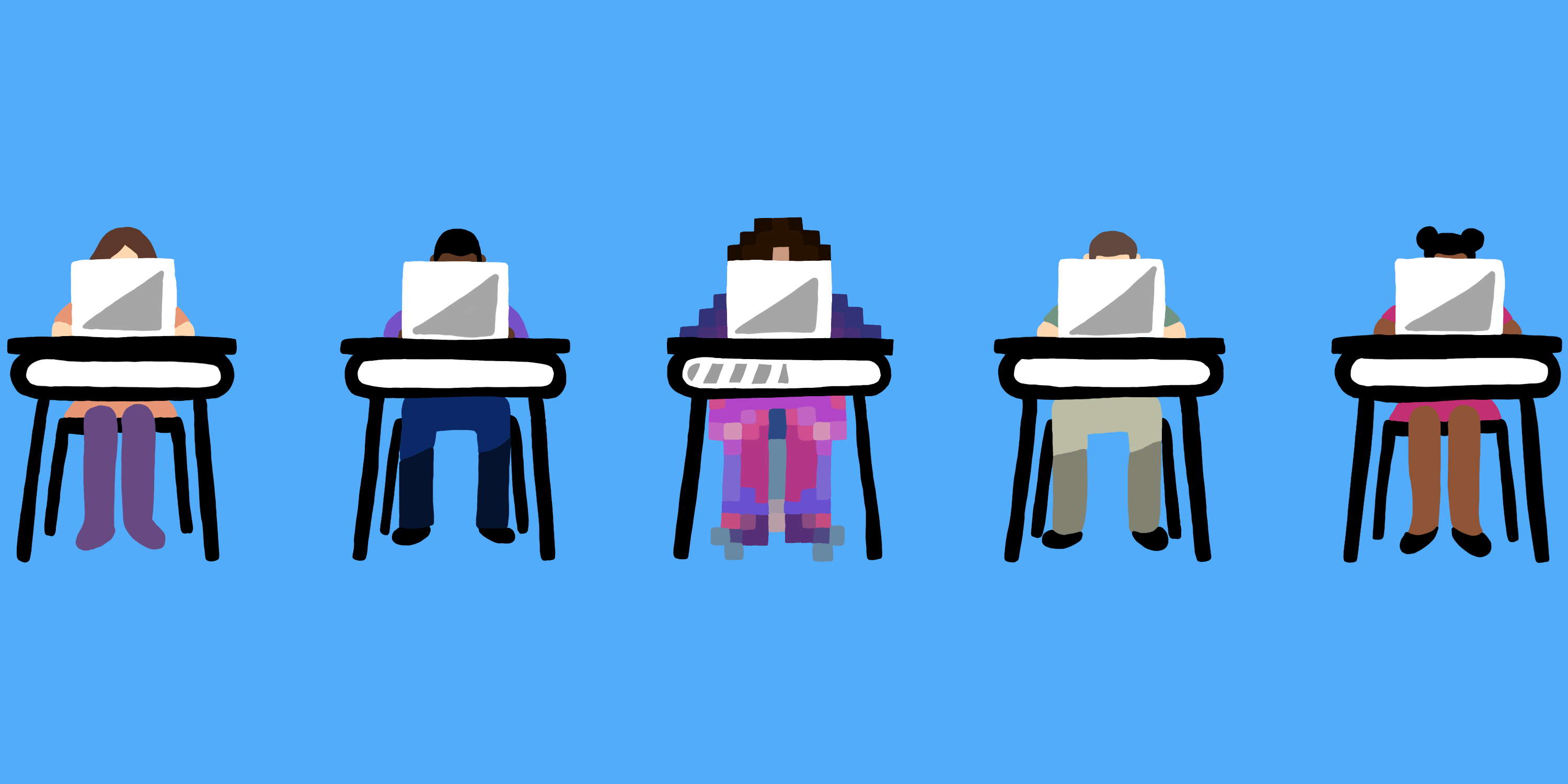 Every Monday through Friday, North Grand High School teacher Alexis Chapa goes to work remotely from 7:45 a.m. to 3 p.m. and then attends three hours of online graduate classes. Previously a standard daily routine, the COVID-19 pandemic has complicated her role as both a special educator and student.

“I’m really tired. I’m really, really tired of teaching; this is not how I think any teacher envisions themselves teaching, this is not my personal best teaching,” Chapa said. “I’m doing a lot more reflecting now than I have previously. And I’m tired, and I’m ready to go back to the classroom. It’s just frustrating, because we can’t. We just can’t.”

Like many, Chapa’s job has functioned entirely remotely the past year, relying on high-speed internet and her laptop to create lesson plans from home.

However, over 20 percent of Chicago’s general population does not currently have access to internet services, resulting in increased need for city assistance particularly for students and teachers.

Most conference calls that CPS utilizes, such as Zoom or Google Classroom, require a minimum of 4 Mbps to run smoothly with 10 or more participants, a luxury not all can afford.

The City of Chicago plans to fund the approximately $50 million program over the next four years, which is expected to provide eligible students with no-cost internet access through at least August 2021. Households can check their eligibility for the program on the CPS website.

While more than 55,000 students have already signed up, CPS hopes to bridge the gap in internet equity across Chicago neighborhoods with the goal of reaching around 60,000 households or 100,000 students.

The City of Chicago’s Digital Inclusion Policy Fellow, Casey Baxley, said the over 55,000 students signed up makes a total of 36,560 households with broadband internet and 12,000 households with a free hotspot.

According to recent Census data and a Kids First Chicago study published last April, one in five children currently do not have access to broadband internet services, particularly in Chicago’s predominately Black and Latinx neighborhoods. This means nearly 110,000 children in the area lack the means to access remote learning services.

Additionally, Kids First Chicago found that nearly half of West Englewood children and a third of those in Humboldt Park do not currently have in-home broadband internet.

Nilanjana Bhattacharya, a data fellow with Kids First Chicago — who has worked with Chicago Connected since July 2020  — expects the program to expand eligibility for CPS students, which currently includes all students with free or reduced lunch status and communities with a high economic hardship index.

Bhattacharya noted this is because the CPS program is roughly 5,000 households shy of its 60,000 available spots.

“But what we’re seeing from the families that needed this service from among the eligible population most [is that] we’re already nearing a plateau in the current list of eligible families,” Bhattacharya said.

In other words, the program prioritizes high-need families first, but as spots fill up there are fewer students who meet such requirements, meaning eligibility expands to those whose economic situation has changed over the past year or those who previously didn’t qualify.

Despite the program’s success in providing broadband internet for a large majority of their goal number of households, Chicago Connected also has its limitations.

A Block Club Chicago article published in late September found that the COVID-19 pandemic created difficulties for CPS in contacting students remotely, particularly to those with a lack of in-home internet services.

“As far as outreach goes, we are limited to making phone calls and sending text messages,” Bhattacharya said, “which in a lot of cases, you know, if you have a stranger calling you up and saying, ‘Hey, yeah, here’s an offer for free internet and you just have to trust that I’m not catfishing you.’ So, there is a gap there sometimes.”

Additionally, city administrators have not finalized policies concerning the re-application process, meaning households may be re-assessed for eligibility every year or only once throughout the four-year program.

Bhattacharya also noted that since schools opened for in-person instruction, there has been renewed outreach efforts on school campuses to connect with students whose directory information was previously inaccurate or incomplete.

CPS instruction is moving back towards in-person learning — awaiting plans for vaccinations amid threats of another teachers’ strike — though this return has been halted by bargaining meetings between the Chicago Teachers Union and CPS.

Concerns over the safety of schools’ ventilation systems and the city’s current test positivity rates were among the reasons why teachers and students did not return to classrooms this week.

Despite this transition, Baxley said that internet access will continue to be important in bridging homework gaps and providing services not just to students but to other household members as well.

“For parents too, [internet access] is so critical to have,” Baxley said, “As it’s difficult to apply for a job or even research over the phone, even if you do have access to some form of connection. It’s just not the same as high-speed internet.”

According to Chalkbeat reporting and city data, CPS attendance rates increased since the beginning of the pandemic, from a district average of 77 percent in May to nearly 90 percent in early September.

Despite this, communities of color, students experiencing homelessness and those with learning disabilities disproportionately experience difficulties in accessing remote learning platforms and completing assignments.

Black and Latinx communities are 20 to 30 percent less likely to have access to a personal computer than white communities, according to a study published by Deutsche Bank Research this past September.

For Special Education teachers like Mary Urban and Chapa — who both work at Humboldt Park’s North Grand High School — this means increased overtime for one-on-one tutoring.

“I find that in my separate instruction classes, I’m going through assignments much more often and providing much more step by step instruction than I would otherwise because it is more difficult for students to keep pace with the lesson operating independently,” Urban said.

“When students are saying that they’re having technical difficulties,” Chapa said, “finding time outside of class to explain assignments and that direct instruction that they miss has also been difficult. So, there’s been a lot more teaching on my lunch, setting up extra tutoring sessions on lunch and prep periods; It’s definitely been an adjustment in how I spend my time.”

However, CPS distributed nearly 130,000 digital devices to students — including Chromebooks and iPads — back in August.

In light of uncertainty over in-person instruction, Bhattacharya noted that Kids First Chicago will continue to research the effectiveness of digital equity programs like Chicago Connected for CPS students and beyond.

Households can learn more about accessing CPS-provided technology and other updates on their website.