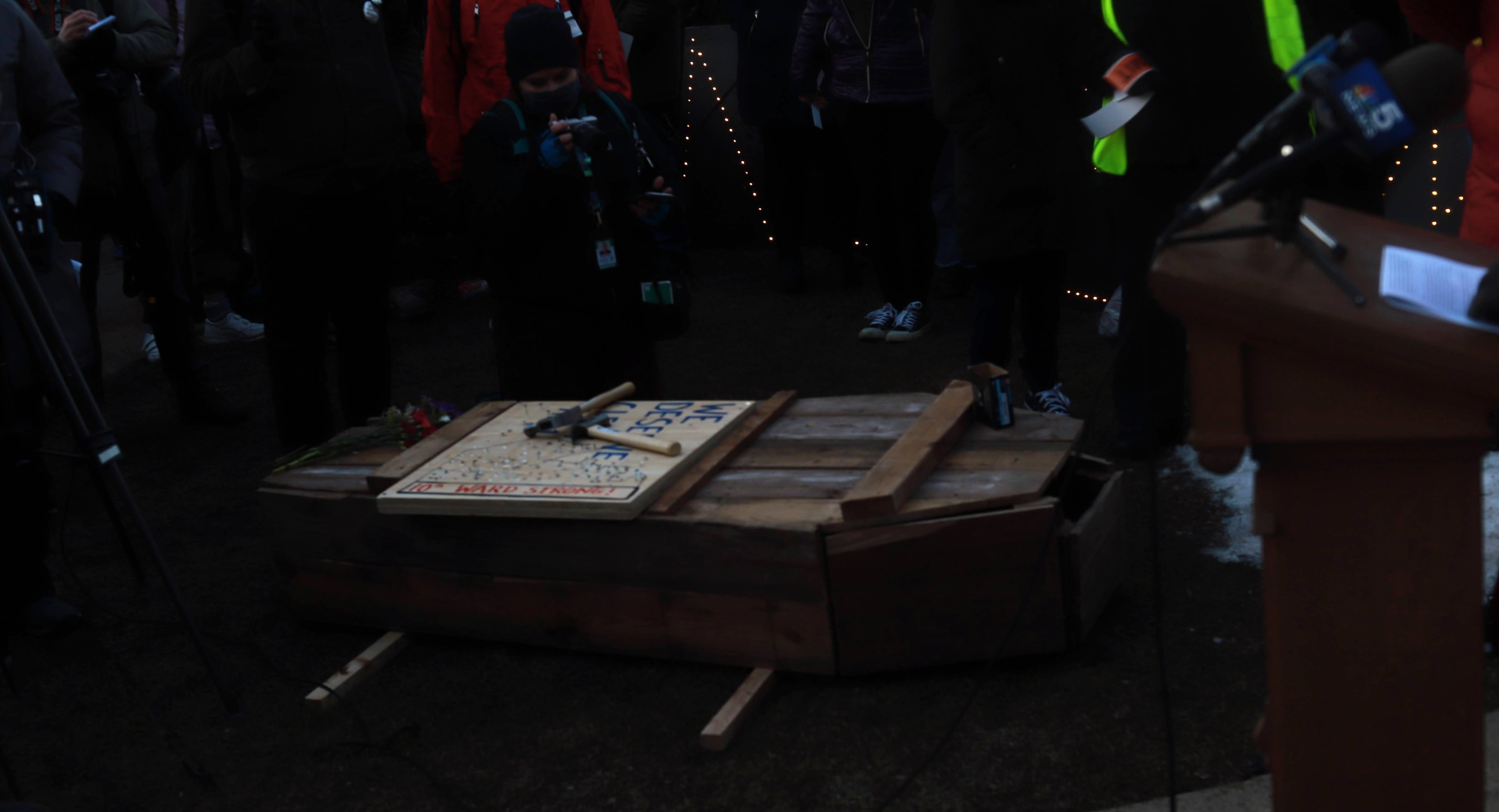 The calls for the protest are calling the potential move an act of environmental racism. When General Iron was operating in Lincoln Park they received many complaints over pollution and have been cited by the Environmental Protection Agency for pollution in the past.

This is the story of the activists, why they were fighting the approval of the permit, and their experience during the hunger strike and in the days following.

People in this audio piece:

Oscar Sanchez, One of the originators of the hunger strike and leader of the Southeast Youth Alliance

Audrey Harding, hunger striker and member of the United Neighbors of the 10th ward

Photos taken and podcast produced by Richie Requena. In the header, protestors used this visual of a coffin to symbolize people in East Side who have suffered and continue to suffer from respiratory diseases caused by pollution. On top is another piece of art: a board with a drawing of the neighborhood with 30 nails – one nail dedicated for everyday that fasters did not eat.