Natallia Ryshtakova and The Ar.. 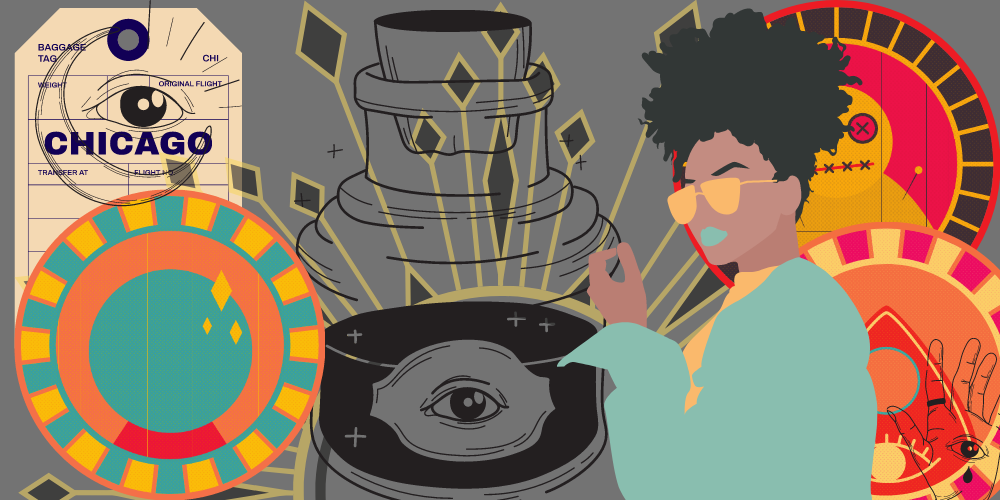 Hoodoo practitioner Jess Smith recounts how many tattoos she has. An armband tattoo covers a portion of her right arm and features a celestial theme with stars and a few planets and most prominently — the moon — which a lot of her tattoos feature. A tattoo of the moon tarot card lays across her forearm, and on the back of her neck, the planet is featured, the words “moon child” scripted beneath — an ode to the planet her astrological sign is ruled by.

“Being a cancer sun sign I tend to be connected to the moon, so anytime I create a candle or oils I follow the moon phases to do any type of ritual. I love the moon. I feel like it moves my very being,” Smith said.

The moon doesn’t have to be a central aspect of rootwork or a Hoodoo ritual, but because the umbrella of hoodoo is vast, it is up to the practitioner to choose what aspects work best. Not to be confused with Voodoo, Hoodoo is a form of folk magic that uses the healing powers of herbs and candle magic to harness ancient and ancestral magic. Hoodoo and rootwork haven’t been just a religion for Black people, but it has been a means of survival through the guide of their ancestors. For three Black women in Chicago’s Pilsen area, Hoodoo has been a means to connect, work and thrive.

Khadi Jackson used her spirituality to create a Black-owned candle business that has been thriving since its very recent birth at the beginning of the COVID-19 quarantine, in March of 2020.

“Hoodoo is in everything we do, lowkey. I try to make sure to implement fragrances with their corresponding herbs and flowers for the intention. Although every candle I make isn’t Hoodoo-related, it’s hard to escape the fact that I charge my crystals in the full moon before they go on any candle and things like that,” Jackson explained.

In March of last year, the world stood still as a devastating pandemic struck the world and caused everyone to have to stay indoors. With such limited human contact, it forced a lot of people to look within. Smith was able to delve within herself to explore more of the culture of Hoodoo. She was able to focus more on creating anointing oils and healing body scrubs, and conducting candle rituals at her altar.

Hoodoo, also known as Hoodoo conjure, holds a vast umbrella of spiritual practices, botanical magic work, African cultural traditions and beliefs that were used by enslaved people in the American South throughout history. A rich embodiment of perseverance, survival, folklore and ancestral worship, Hoodoo conjure continues to radiate within the souls of Black people who choose this practice as their spiritual prowess.

Hoodoo practitioner *Sage Simmons incorporates some of her spiritual practices when doing sessions for her massage business.

“Right now I do sound therapy using a heart chakra sound bowl. As I progress more in my field I’d definitely like to add more spiritual aspects into my sessions, such as reiki therapy,” Simmons explained. Reiki is a form of Japanese alternative medicine also referred to as energy healing.

For Smith, Hoodoo conjure was something that had always been engrained in her from childhood.

“When I was about nine or 10, I used to have little bags filled with Barbie doll hair that I had cut off and rocks that I had found outside, as well as bunches of plants that I had picked. At this time I had no knowledge of rootwork or Voodoo, but for some reason, I was drawn to do that at such a young age. I guess you could say that was my first introduction,” said Smith. “It’s almost like my spirit has always called me to it.”

Completely stripped of their human rights and subjected to unimaginable horrors, African Americans summoned Hoodoo to utilize materials bestowed from the Earth to protect. Herbs, roots and other natural materials were used to harbor the power of the universe and to call on ancestors and pan-African deities.

Although Hoodoo conjure is engrained in ancient African American survival, Hoodoo has been gaining more traction on social media channels, prompting the argument of cultural appropriation.

Platforms like Tik Tok have a growing community of hoodoo practitioners or the use of candle magic by many other races besides the people who honor it. Smith is doing her work to make sure Hoodoo stays sacred to Black people, and only offers her oils and alchemist creations to people of color.

“White people have attempted to take our magic since they stole us, so there’s no way I’m going to give it to them willingly now.”

*Name was changed after publication due to safety concerns