The Fight for Sustainability at DePaul: More than ...

The Fight for Sustainability at DePaul: More than a Decade in the Making 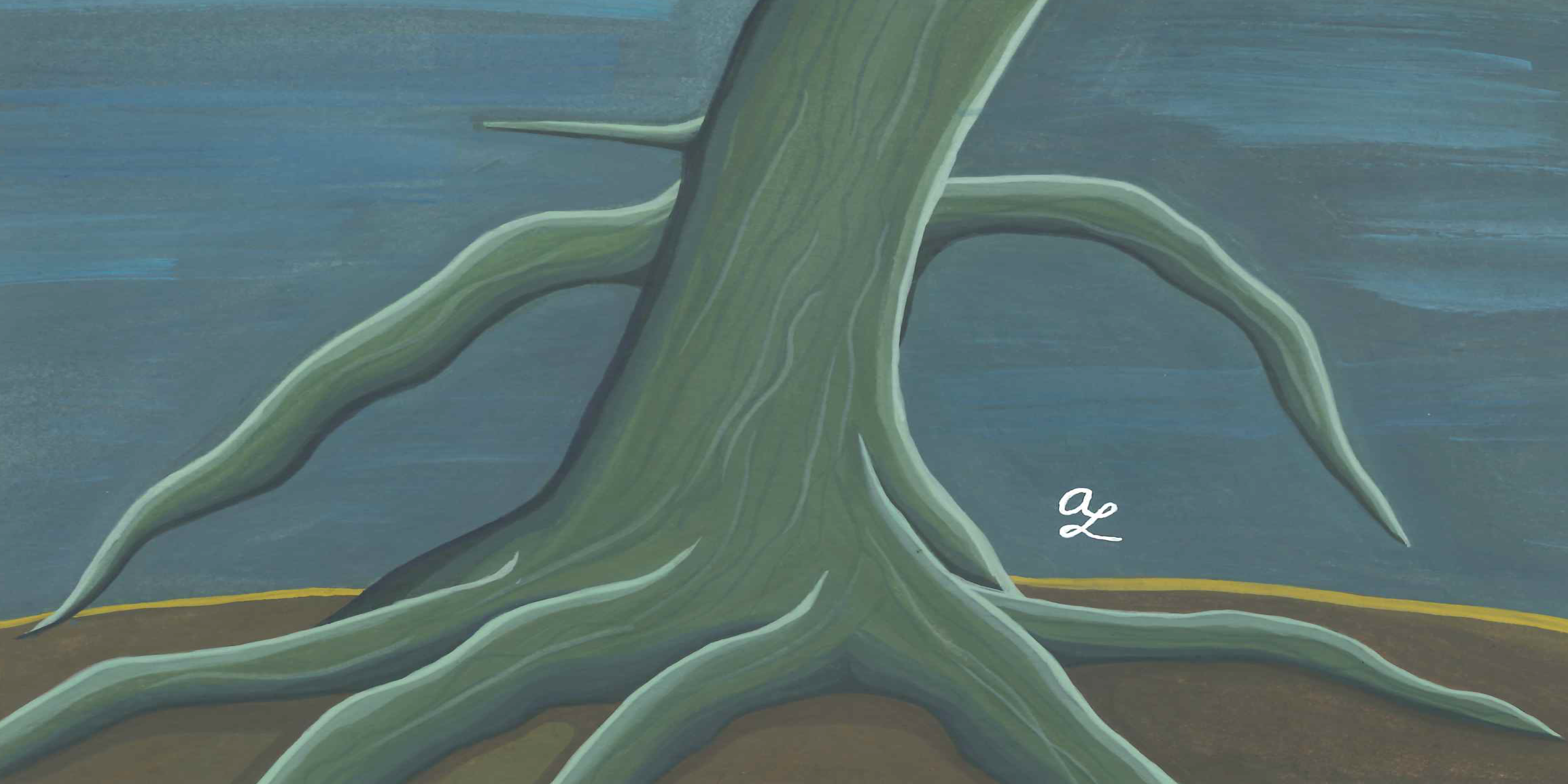 “DePaul really needs to get serious about how we are going to deal with climate change.”

The Vice President of Facilities Operations, Bob Janis, has been steadily improving DePaul’s sustainability for decades while Montgomery spearheaded the effort for a holistic approach, grouping operations with engagement and curriculum. More recently, senior Wesley Janicki has been involved in campus efforts to improve sustainability. While various recommendations have come to fruition over the years, some are still waiting for their efforts to pay off.

The SITF was made up of four subcommittees based on the C.O.R.E model by the University of New Hampshire. C.O.R.E stands for four subsections of sustainability: curriculum, operations, research, and engagement.

“Father Dennis really liked [C.O.R.E] because he felt it addressed the major facets of … life at DePaul,” said Montgomery.

“I would contend that DePaul is always able to find money for things when it wants to, and I just don’t think they thought this was a priority.”

During their research, the group became affiliated with the Association for the Advancement of Sustainability in Higher Education (AASHE), according to Montgomery. In 2012, through AASHE, the SITF conducted a Sustainability Tracking, Assessment & Rating System (STARS) audit to measure DePaul’s sustainability. The audit resulted in a silver rating, the second highest, but DePaul has not conducted another audit since — despite some increased sustainability efforts.

Montgomery cited the cost and lack of commitment from administration as reasons DePaul stopped reporting to AASHE. More than five other Chicago Universities continue to report to AASHE and conduct STARS audits, earning gold and silver ratings.

Recommendations from each subcommittee, along with the results of the STARS survey, were synthesized into a report to be presented to the president, the provost and other members of the administration during the fall of 2011.

The committee presented the report just after President Holtschneider announced he was stepping down to make way for President A. Gabriel Esteban. This timing, said Montgomery, hurt the chances for the plan to be implemented. Ultimately, little was achieved.

“[T]he SITF was only around [from 2009-2012]… then it sunsetted into a new group called the DePaul Sustainability Network. And the goal there was to hopefully carry out the recommendations in the in the plan. That really never happened,” said Montgomery. “[O]perations has always done a lot. But, you know, with respect to curriculum and research and engagement … I don’t think any of those recommendations were ever really enacted.”

Even after the task force transitioned into the DePaul Sustainability Network, and administration failed to act on their recommendations, James Montgomery continued to press for updated and increased sustainability.

In 2017, Montgomery brought the possibility of creating an Office of Sustainability and hiring a sustainability coordinator to then-provost Marten denBoer. denBoer countered the idea with the option for faculty to continue working on sustainability as volunteers, said Montgomery.

“I am not pointing fingers at the former provost, but he basically was not supportive of creating an office and director [of sustainability] because of budget cuts. I would contend that DePaul is always able to find money for things when it wants to, and I just don’t think they thought this was a priority,” said Montgomery. “But this was one priority among many priorities … that’s the decision they made. I don’t agree with it. I think they missed out,”

After six years and little budge from administration, Montgomery decided he was done taking on leadership roles for DePaul’s sustainability.

“I’m not speaking for the others who were in that conversation. But for me, I threw up my hands and said, ‘I’m done.’ So, I’m really not a part of the new sustainability group, because I have a bit of a bitter taste about what happened,” said Montgomery.

Montgomery also sees a need for “new faces and fresh ideas” in sustainability efforts on campus.

“I know I sound bitter because it was a bitter pill to swallow. But that being said, I’m highly supportive again from the sidelines for this new group,” said Montgomery.

This year, senior Wesley Janicki — along with other students and faculty — started the DePaul Sustainability Group. Janicki has been working on sustainability at DePaul since his sophomore year when he was elected executive vice president of operations for DePaul’s Student Government Association (SGA).

“We got like 3,000 responses or something crazy, which was like three times[the responses on other posts],” said Janicki.

In May 2021, SGA included two referendum questions on the SGA Election ballot. One asked students about their opinions on keeping DePaul’s partnership with the Federation of Police. The other asked students for their thoughts on a possible $5 “green fee” each quarter to fund sustainability efforts on campus. Students voted 83 percent (or 517 votes) in support of the initiative.

The Vice President of Facilities Operations Bob Janis regularly fields questions about DePaul’s current sustainability efforts from students. Janis has been involved in improving sustainability on campus for decades. He also headed the operations subcommittee of SITF.

“It’s also been kind of an interesting thing that happened that over the years, there have been these conversations with … the new group of groups of students who have come through, [asking] what is DePaul doing about sustainability? And, you know, why isn’t there anything going on around sustainability?” said Janis.

In answer to these questions, Janis provides students with a six-page document listing ways that DePaul is working to increase sustainability. He does, however, wish there was more of an effort from the university to advertise these measures.

“I think DePaul, comparatively speaking, has been lagging behind some of these other local institutions.”

“It would be nice at some point for, you know, everybody to become more aware of what we’re doing,” he said. “There have been some efforts along the line [of an informational campaign]. It would be nice if others outside of [Facilities Operations] got involved in that … It just continues to be, there is a level of frustration.”

Over the next few years, Janis says Facilities Operations plans to continue to decrease DePaul’s carbon footprint and continue to update and replace out of date and unsustainable practices at DePaul.

“When you look at the stats around [DePaul’s solar energy], even though you know, these are not like farm field equivalent solar installations, I think it’s still something to be you know, pretty happy about, pretty proud of,” said Janis.

Looking ahead, Janis has one dream project he would love to complete.

“I would like to get into a freshwater saving project in the form of going into each and every one of our men’s bathrooms across both campuses and installing waterless urinals,” said Janis. “[T]he amount of water saved is tremendous.”

“I think DePaul, comparatively speaking, has been lagging behind some of these other local institutions,” said Montgomery.

“They told us they didn’t have the money to hire a coordinator, but they wanted to give us a plan,” said Janicki. “They were kind of all over the place and I’m not clear if they actually want to do a plan or want to do the [C.O.R.E] sustainability plan.”

During the 2020 to 2021 school year, DePaul updated its mission. The new mission expressly mentions the environment, stating DePaul promotes “peaceful, just, and equitable solutions to social and environmental challenges.” This change has raised Janicki’s hopes about the future of sustainability at DePaul.

“Even if they don’t live up to their Vincentian mission all the time, [DePaul] at least likes to claim that they’re mission-driven. Having environmental sustainability in [the mission] will make it easier to push them,” said Janicki.

This fall, DePaul started the search for faculty and staff for the President’s Committee on Sustainability. According to the call for staff, the committee will have six faculty members, four staff members and two students. The purpose of the committee will be to advise administration on the best sustainable practices for the university.

“Because of [the new mission] we decided to create a committee to make sustainability an essential part of the new project DePaul is launching in October, Just DePaul,” said Rev. Guillermo Campuzano, liaison for the committee and the Division of Mission and Ministry. “We are concerned today with social and environmental justice following the intuition of Pope Francis in his encyclical, Laudato Si’.”

When presented with the idea of a committee, Janicki was excited about the prospect.

“I was like that is absolutely something we should do,” he said. “I was kind of surprised there wasn’t already a committee like this in existence.”

Observing from the sidelines, Montgomery is also cautiously hopeful about the future.