Cultivating Community: How Little Village is Building a Community Farm from the Ground Up 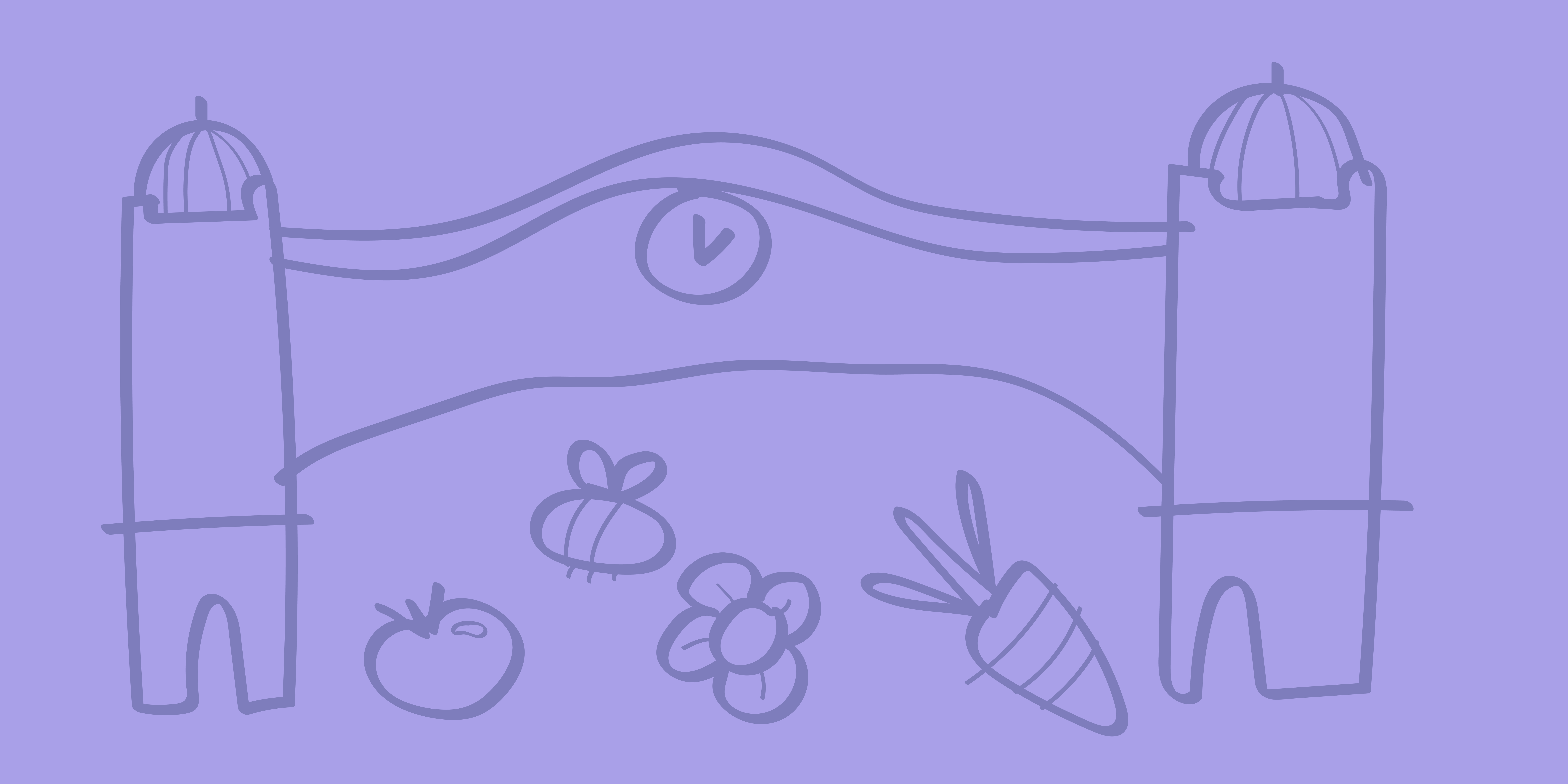 “Look at what we can do with a little bit of land: we can create life, we can bring people together, we can heal, we can create ecosystems. What would happen if we had 96 acres?”

Gathered around a table of fresh tamales and Chinese pastries, a group of volunteers began their Saturday at the last workday for what will become a community farm in Little Village.

The farm is located at the south end of La Villita Park — which until 2014, wasn’t a park at all. Located right beside Cook County Jail, the space was a contaminated industrial site until 2009 before the community’s demands led to its transformation — and now it’s gaining even more life.

The project, led by the Little Village Environmental Justice Organization, whose members have been fighting environmental racism in the largely Latinx neighborhood for 27 years. Their grassroots organizing has closed coal plants that were polluting the air, built bus lines to improve access to transportation, and constantly advocated for more green space.

“That’s powerful to me,” she said. 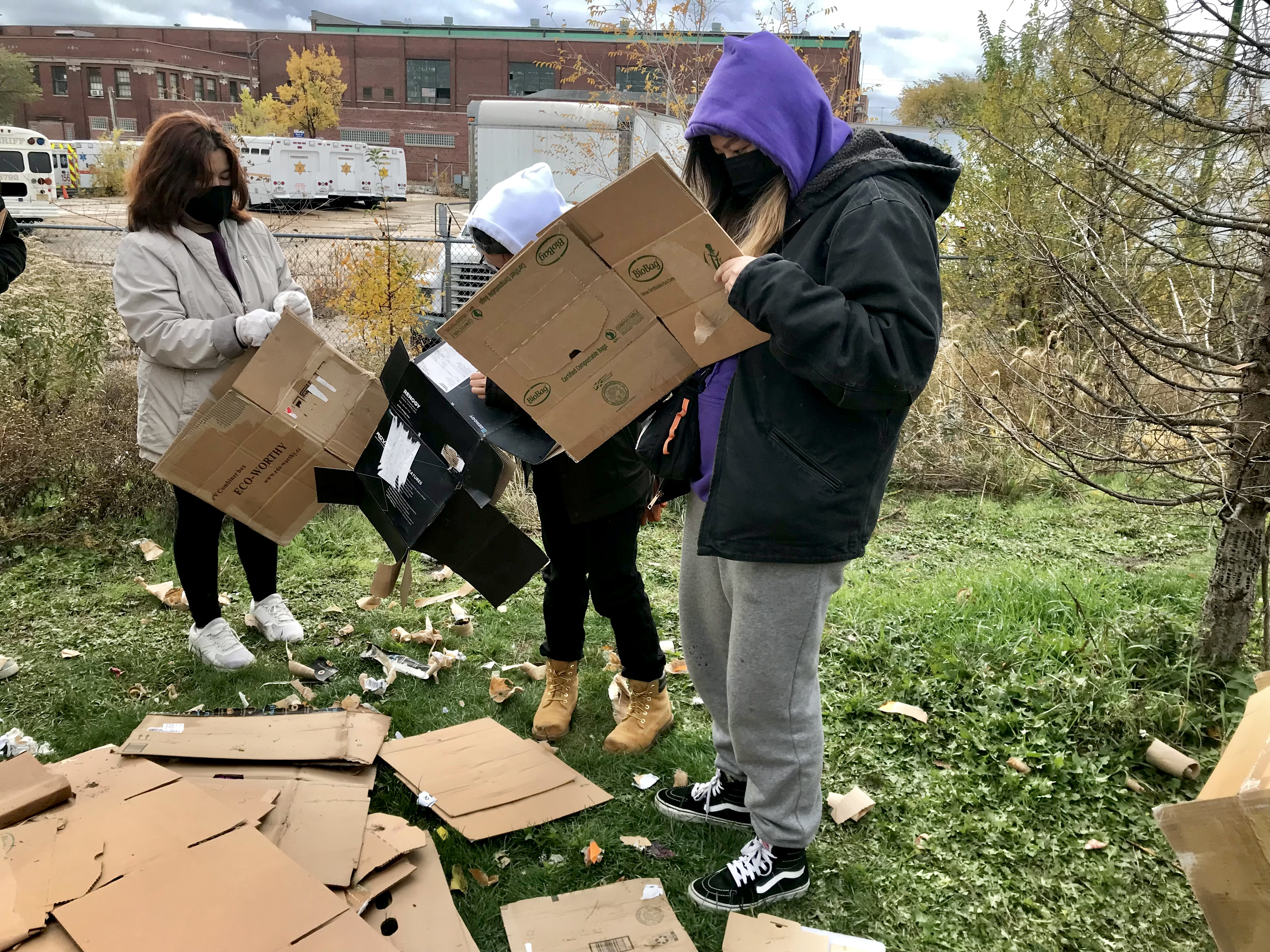 The creation of La Villita Park was made possible by LVEJO’s 15-year fight to remediate the damage of an asphalt roofing manufacturer that previously occupied the space. Besides being an eyesore of an abandoned lot, the years of pollution from the plant left behind toxic, potentially cancer-causing substances. Neighbors complained of skin rashes after rainwater coming from the site seeped into their basements.

But these environmental hazards weren’t an anomaly for the neighborhood. A 2020 report on air quality and health by the City of Chicago found that the South and West Sides experience the worst of the city’s air pollution due to their proximity to highways and industrial activity.

On top of that, before La Villita Park was built, Little Village ranked second to last for the amount of open space per capita out of 77 Chicago neighborhoods. With the environmental injustice that residents face on a daily basis, 21 acres of new green space was a huge win for LVEJO and Little Village.

After they succeeded in getting the area cleaned up, LVEJO asked residents what they wanted to see in the park and included them in every step of the project — even choosing its name. Their responses prompted the organization to build a skate park, soccer fields and a playground, and now the organization is focusing on the next item on the list: the farm.

After the project started in August, volunteers have come every Saturday to build the farm up from scratch.

The group for this last workday included about 15 people, made up of students, teachers, and neighbors who saw LVEJO post about the farm on Instagram and wanted to help.

“It’s been really cool to see it grow over time,” said Taryn Nobil, one of the volunteers. “The amount of people who come together to work on it and make it grow is really beautiful.”

They spent three to four hours each time preparing the grassy ground of the park for planting. First, they helped break down donated cardboard boxes, which were layered on the ground as a base to prevent weeds from poking through. Then, mulch was shoveled on top of the cardboard to create the soil for planting.

This year the goal was just to prep the ground, but once the farm is up and running, LVEJO plans to use the fresh produce in their free grocery delivery program for families in need. 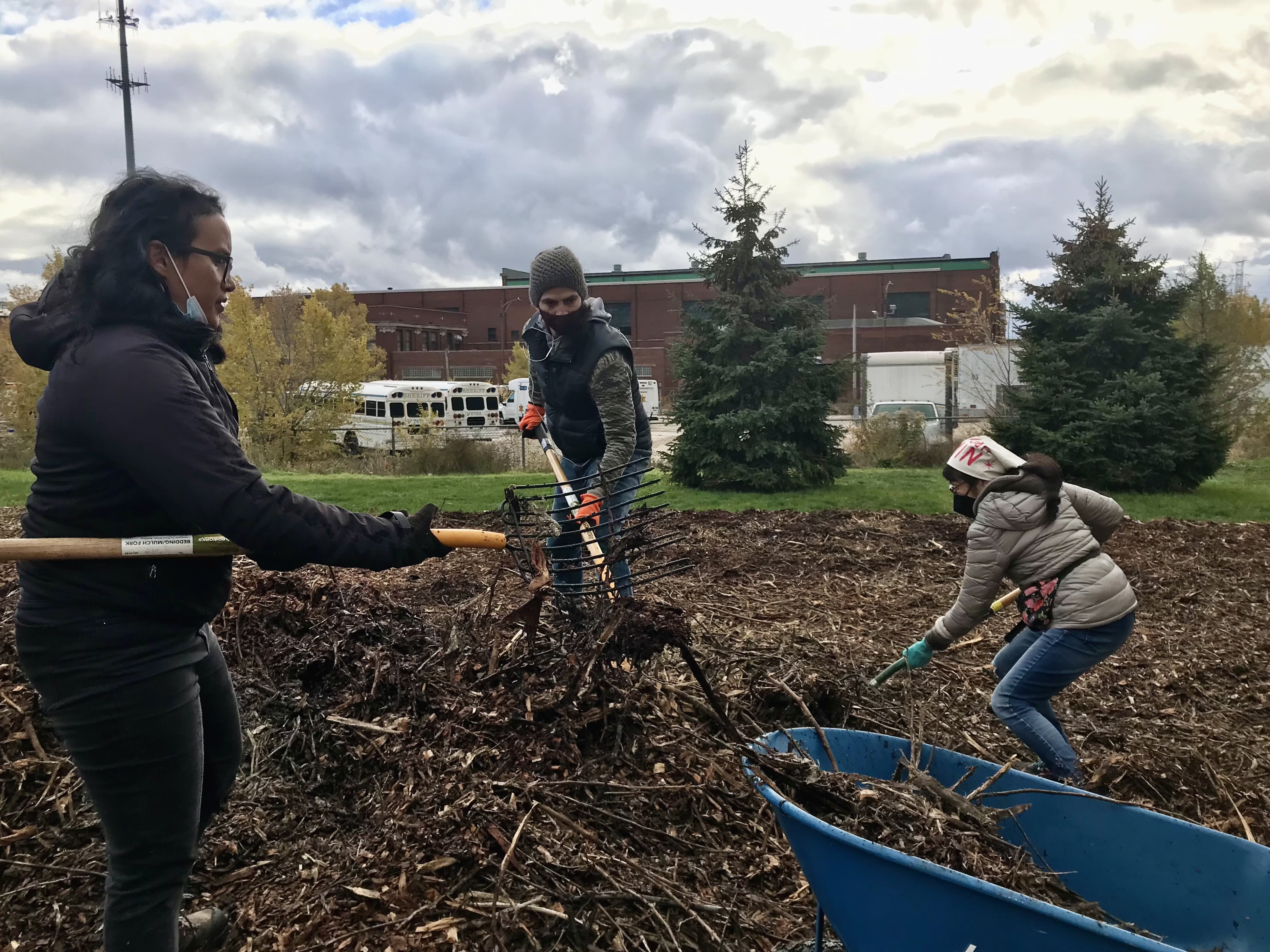 Alfredo Romo, another volunteer that day, grew up in Little Village. He’s also the executive director of the organization Neighbors for Environmental Justice, which does similar work alongside LVEJO.

“A project like this definitely gives people a sense of hope when it comes to food justice,” he said. “It can provide free food to many families that are struggling on a daily basis living paycheck-to-paycheck.”

In the Little Village area, only 55.8% of adults said they had easy access to fruits and vegetables, according to 2018 data from the Chicago Health Atlas. Compare that to a high of 87.4% in Lincoln Park, and it’s easy to see the impact the farm could have for Little Village residents.

Fresh produce isn’t the only thing the farm will provide. While Moreno said it takes time for a farm to fully develop, as they continue to expand, the plans for the space include chickens, goats and even a medicinal herb garden.

Standing in contrast to the park’s previous history and the massive Cook County Jail next door, the farm is a visual representation of the kind of positive space the community is building.

Moreno hadn’t been sure they’d complete this first stage of the project before pausing for the winter, but at the end of the workday, the small group of volunteers had finished the job. Now, the land is ready for when the ground thaws in the spring to complete its transformation.

“The jail occupies 96 acres, and [the farm] is 1.3 acres,” she continued. “Look at what we can do with a little bit of land: we can create life, we can bring people together, we can heal, we can create ecosystems. What would happen if we had 96 acres?”