Mental Health and the Pandemic..

The Movement that Stopped General Iron

The Movement that Stopped General Iron 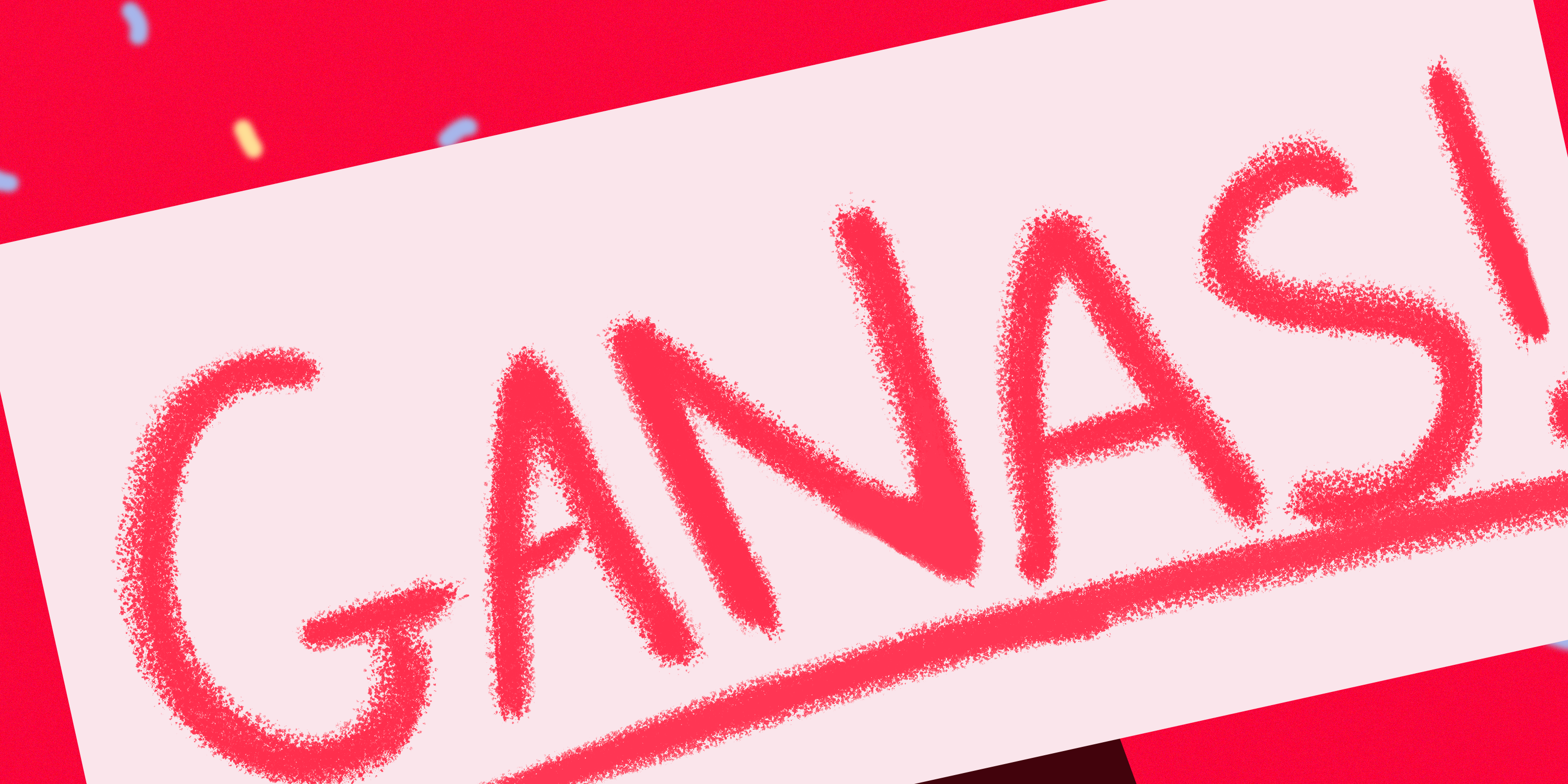 Four years after the metal recycling facility proposed its new location on the Southeast Side, organizers reflect on the victories, heartache and future of industry in their community.

During her remote physics class, Chicago college student and activist Yesenia Chavez anxiously refreshed emails and text messages from friends all afternoon when suddenly, her phone “blew up” with the news. Around 2:11 p.m. Chavez learned the city of Chicago had just denied General Iron’s final permit.

On the East Side, St. Francis de Sales High School Principal Roni Facen shared the news with her students while handing out pantry supplies at their school’s monthly, mobile food distribution Saturday, February 19.

“What I encountered that day as we invited people into our building was, ‘We won. We did this. We had a voice,’” said Facen. “There was a culmination of so many people that did this work with us.”

“‘We won. We did this. We had a voice,’” said Facen. “There was a culmination of so many people that did this work with us.”

Renamed Southside Recycling and acquired by Reserve Management Group in 2019, the facility received its city air pollution control permit back in September 2020, among several state and federally regulated permits. Now without an approved large recycling permit, operations won’t be permitted to continue.

“This is a fight that’s far from over,” Facen said. “Regardless of whether the path is still one that we have to walk, you should still celebrate the journey. And right now we’re celebrating the journey.”

‘What needs to be done’

From March to May of 2021, 14 East covered the myriad of ways Southeast Side community members sought to reject General Iron’s move to their neighborhood from Lincoln Park, beginning in 2018.

For decades, Southeast Side advocates have organized around environmental justice and health inequities within their community. According to Chavez, the coalition movement Stop General Iron largely began in the homes and workplaces of residents and quickly included surrounding youth groups, educators and health practitioners alongside long-time policy and research leaders.

However, the facility’s zoning hearings took years and residents, often frustrated by the process and their alderpersons’ lack of public notices, took immediate action.

“We are intensely South Chicago and South East Siders so we’re gritty by nature. In Spanish we call it ‘ganas,’ to have the ganas, the fortitude, to do what needs to be done,” said Facen. “We have fought against so much that this [movement] is a drop in the bucket.”

In previous coverage, 14 East reported on the health research conducted by local advocacy groups, the Environmental Protection Agency and the City of Chicago to determine the polluting effects of General Iron on an already heavily industrialized community like the Southeast Side.

“In Spanish we call it ‘ganas,’ to have the ganas, the fortitude, to do what needs to be done.”

“They hired an outside agency to come in and use a bunch of different algorithms to try and calculate cancer risk based on one single polluting entity in the ward when we have over … 70 entities that are operating from an industrial standpoint,” Chavez said.

To demonstrate the facility’s environmental harm to local and city leaders over the years, activists and residents filed civil and federal lawsuits, participated in a 30-day hunger strike, attended rallies, public hearings and protests and organized coalition groups like the United Neighbors of the 10th Ward and Stop General Iron.

Atop General Iron’s history of city shutdowns, internal legal battles, pollutant violations and hazardous explosions, the move from the city’s North Side to its South Side builds upon generations of environmental injustice.

“It was exciting, I will say that: to finally get the Southeast Side out on the map,  finally tell people what we’ve actually been facing, and have people interested in our narratives,” Chavez said. “It was also a bit conflicting, too, because, there was a point where I’m sitting back, and I’m like, ‘Okay, well, what are they [journalists] going to do with this information?’”

Reflections from the Front Lines

Initially, organizers planned a rally February 18 outside City Hall to await the decision on General Iron’s final permit. It quickly turned into celebration with a band, cheers and emotional reflections from community members to local and national news outlets.

One of the happiest days i’ve had in the past 2 years. We did THAT. Whole city did. Proud of us. #juntos #WeStoppedGeneralIron 💚🌹🤞🏼 pic.twitter.com/NZ1Ja1VF6B

According to its official statement, CDPH listed environmental impact, higher risks of health conditions and the company’s compliance history as reasons to deny its last operating permit.

When 14 East asked two organizers to reflect on the past four years, their responses highlighted the highs and lows of the Stop General Iron movement as a whole.

“I think over the past year, it has been kind of these moments of incredible joy that we have brought together a community and informed them and made them a productive part of this process. But also, heartbreak too,” Facen said.

“The past few years were mentally tough,” Chavez said. “I felt like I was just carrying a boulder on my back the entire time and it felt like we were screaming at a brick wall. It was interesting because a lot of the data that we used to remain evidence-based with our advocacy was from the city.”

“It was heartbreaking,” Chavez continued, “because I’m a third generation Southeast side resident … I had to start going to counseling to deal with the emotional load. Because there does come a point where you feel the responsibility to protect the lives of others, even people that you don’t even know, just for some type of opportunity for better health and health equity.”

It’s uncertain what General Iron’s proposed Southeast Side location will become as RMG still owns the site and can request a hearing up to 15 days after the decision, or before March 5.

“I felt like I was just carrying a boulder on my back the entire time and it felt like we were screaming at a brick wall.”

In a February 18 statement, RMG said, “We will continue to pursue all avenues to challenge this decision, including pressing our lawsuit against the city, which will likely result in taxpayers being on the hook for hundreds of millions of dollars in damages. Aside from the litigation, this decision is a clear message to any businesses or industries that might be considering expansion or investment in Chicago: the city is not a reliable partner and is not open for business. Chicago has loudly stated that politics – not signed agreements, its own laws and regulations, nor actual protection of human health and the environment – is the ultimate consideration in all matters.”

Underlying the Stop General Iron movement, community members expressed their hope to revitalize the Southeast Side, particularly its brownfields, or polluted land.

“There should be another denial and a denial after that,” Facen said of General Iron’s potential appeal process. “The future of the Southeast Side cannot continue to be an industrial future. I think that can be part of the landscape, but it can’t be the whole of it.”

Large industries, including manufacturers and mills that produced steel, have been on the Southeast Side for generations. As the steel mills closed in the 1980s, the land that remained was exposed to a variety of toxins, leading many plots to be known as brownfields, often as EPA designation.

For long-time residents like Principal Facen and Chavez, this history demonstrates larger inequities in the community that need to be addressed first, including reinvestment into Southeast Side jobs and infrastructure.

“We watched the community take a drastic turn with the close of the steel mills,” Facen said. “I think with that, people were forced to figure out means of survival and industry left so … there was nothing for them to look forward to.”

Last year, the future of the Stop General Iron movement was uncertain. “Based on Chicago’s track record, we’ve learned to hope for the best but not to expect it,” Ramirez wrote in her December blog post.

For Facen at least, that outlook has changed. “I know often, we expect the worst, but I’m anticipating the best.”