A Positive COVID Test and an Empty Apartment: An U...

A Positive COVID Test and an Empty Apartment: An Update on Isolation Housing since the Fall Quarter 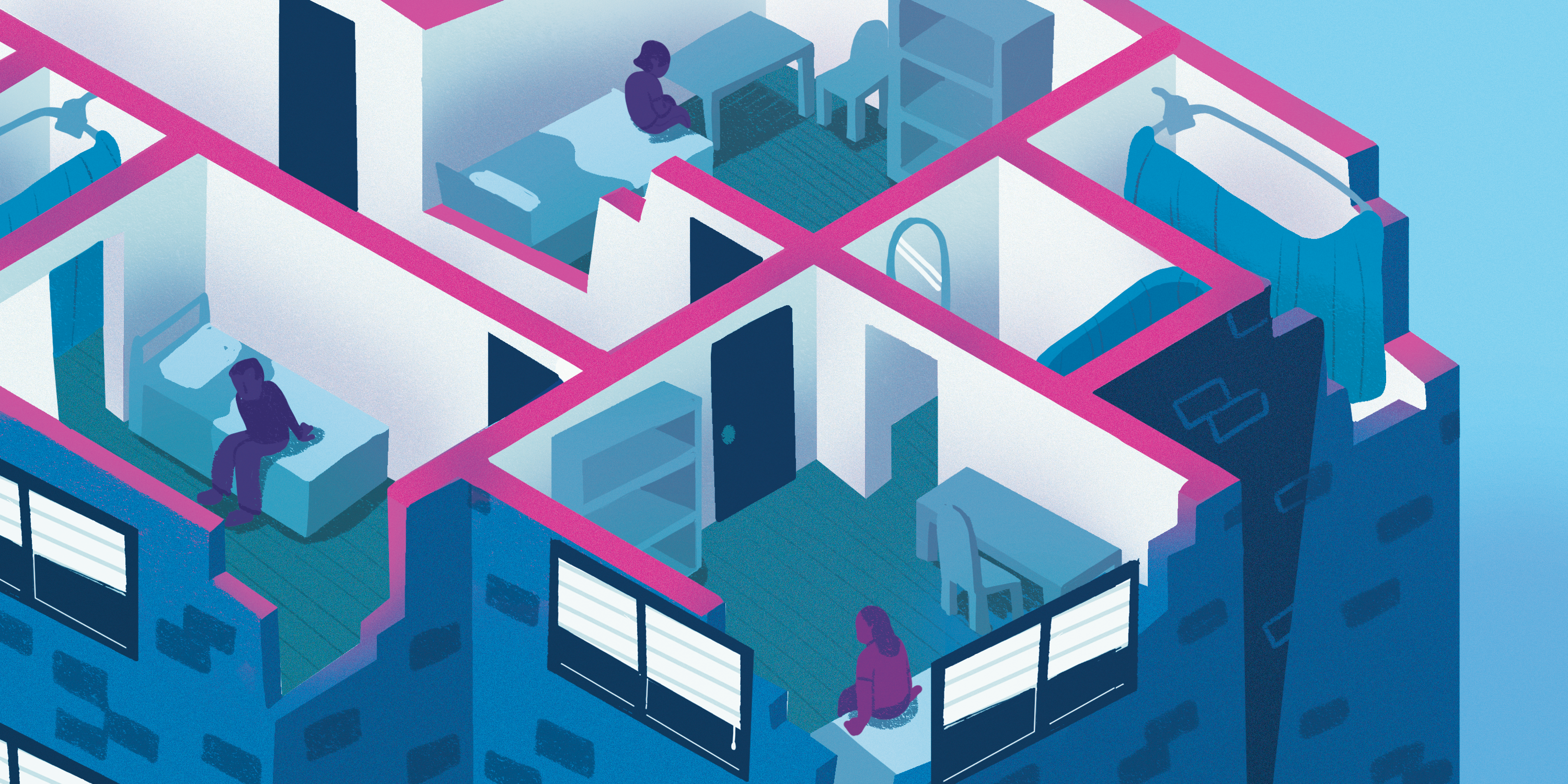 During the fall of the 2021-2022 academic year, 14 East’s Elly Boes reported on the personal experiences of students in isolation housing as well as an in-depth examination of the self-reporting and the isolation system at DePaul in their article “Isolated: Inside DePaul’s On-Campus Quarantine Housing.” Since the Fall Quarter ended, there have been a lot of COVID-19-related changes, not only in isolation housing but in campus policies as well, that warrant a follow-up.

One of the biggest changes on campus was the lifting of the mask mandate. At the time of Boes’s article during the Fall Quarter, masks were required in all locations on campus, including residence halls. Gradually, the mandate got more relaxed to only being required in classroom and lab settings, then eliminated altogether on April 11.

The booster shot was also not a requirement during the Fall Quarter but became a requirement by March 1. If students did not meet the deadline, they were blocked from registering for Spring Quarter classes. A religious or medical exemption was allowed.

Considering DePaul’s rising COVID-19 cases, the demand for space in isolation housing has been maintained despite the decrease in the isolation period.

In a January 15 version on the DePaul Housing’s Quarantine & Isolation Guide, “Those who test positive are contagious and must be transferred to an alternate space to self-isolate for at least five days.” Previously, the isolation period was a minimum of 10 days. Decisions like shortening quarantine time have been based on CDC guidelines and city and state health departments.

According to Director of Housing, Dining and Student Centers Rick Moreci, “After this change occurred, most of our students were able to leave after five days. It was a welcome change all around, especially for the students. The methods we used to put students in isolation housing have not changed.”

As stated in the Quarantine and Isolation Guide, the isolation rules include staying for a five-day isolation period where afterward a “contact tracer and/or residence director on duty will touch base with you; and you will be instructed to use the COVID-19 rapid test placed in your temporary unit.”

In the Quarantine and Isolation Guide, there is also a clear differentiation between quarantine and isolation. Quarantine is when a resident has been exposed to someone with COVID-19 but does not have symptoms. It includes secluding yourself away from people and only leaving your unit for things like buying groceries, picking up mail and going to doctor’s appointments. Residents in isolation have stricter rules. In isolation, you are moved to a different unit and can only leave for medical appointments and medical/building emergencies. There are further explanations of the isolation rules within the guide.

Within Boes’s article, students claimed that they did not have toilet paper or soap upon arrival. When asked about this, Moreci mentions recalling these reports of students not having toilet paper and soap in their rooms upon arrival and, “If memory serves, these came pretty early on at the start of the quarter when we were all still scrambling a bit to perfect our isolation housing protocols.”

Moreci also describes the supplies isolation housing units should be stocked with including a linen pack, pillow, blanket, toiletries (shampoo, conditioner, bar soap), water, toilet paper, snack box, COVID-19 test, trash bags and facial tissues. These items should be in the unit prior to the residents’ arrival. 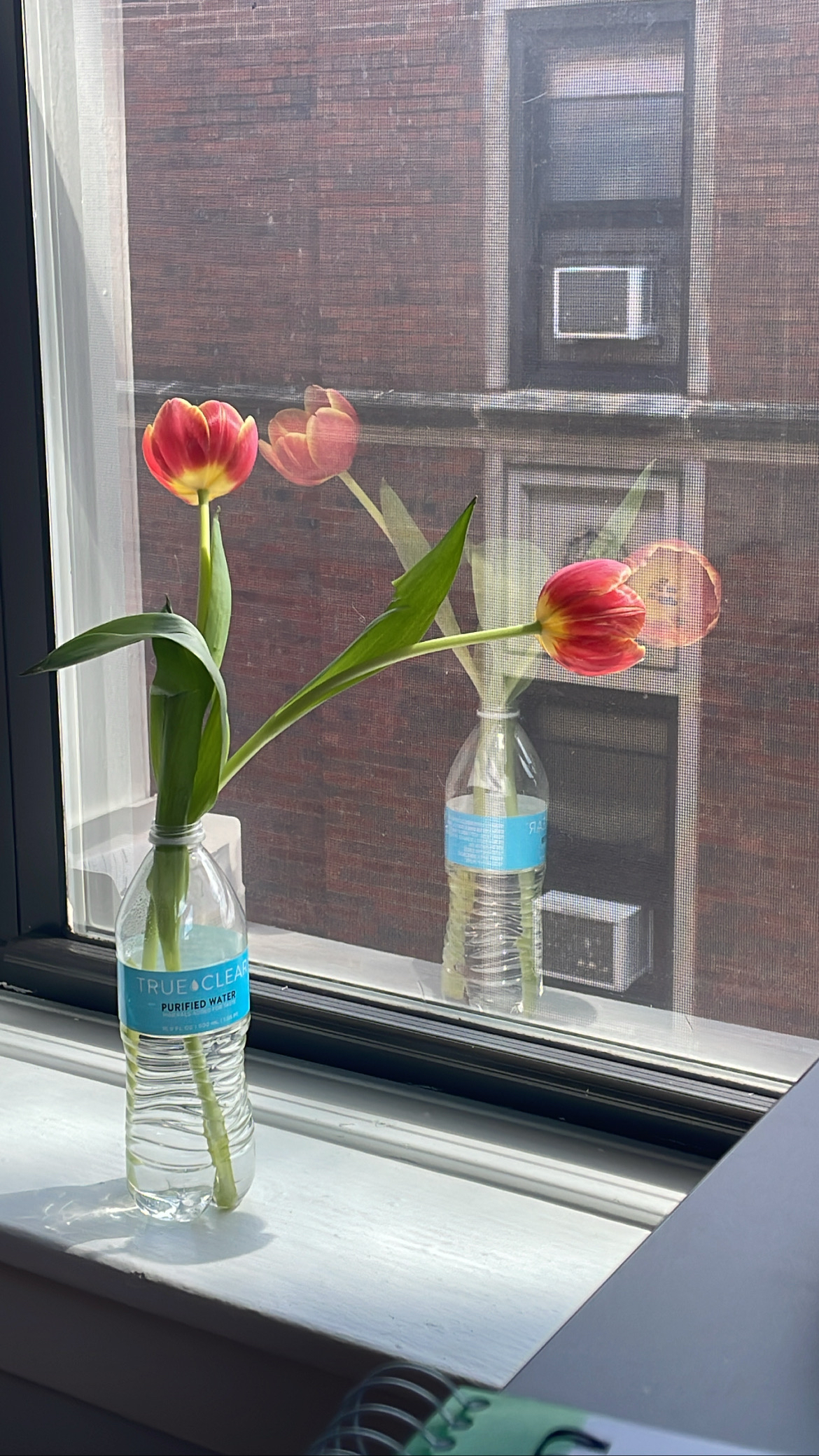 The view from Liuzzo’s apartment, where she placed a flower. “My parents dropped off a care package and my mom included two tulips. It was very sweet and made the bare space more comfortable.” Photo courtesy of Katalina Liuzzo

Katalina Liuzzo, a freshman at DePaul, was in isolation housing this Spring Quarter and didn’t receive hand soap so she took it upon herself to order some from Whole Foods. Liuzzo’s apartment was cold, and when she contacted the residential director on duty about how to work the heater, she was told to use an instruction manual left in the closet. She emailed them back after not finding a manual and received no response. Despite a lack of hand soap and warmth, she was provided with a sheet set, pillow, blanket, water, towels, tissues and toilet paper upon arrival.

Anticipating the number of resources needed for students was daunting, Moreci explained: “We did the best we could with the options available to us and made it work. We have been doing this all year now and luckily we have never run out of space and therefore there has never been a time we have not been able to assist a student who needed to isolate.”

As of May 3, 246 students have entered on-campus housing since the start of Winter Quarter according to Russell Dorn, manager of news and integrated content at DePaul.

The buildings being used for isolation housing are mostly apartment buildings DePaul owns that are managed by a third-party property manager. Spaces managed by university housing were also used on rare occasions. 14 East was able to confirm three locations as isolation housing: 2316 N. Sheffield, 1010 W. Belden and the University Center, which is a location on DePaul’s Loop campus.

In rare circumstances, some students did not move to isolation housing and instead stayed in residence halls. This only occurred a couple of times and only in single rooms with private bathrooms.

According to Morecci, it is not possible to know whether or not students followed proper isolation protocols when isolating in their own dorm.

Students also do not need to stay on campus while in isolation; they are welcome to go home. Many students that live more locally made this decision instead of going into DePaul’s isolation housing. For commuter students, DePaul does not house them within isolation housing on campus.

Before her experience in isolation housing, University Hall resident Liuzzo never had contracted COVID-19. She was fully vaccinated and boosted, and wore a mask in every class. On April 21, she found out she was in close contact with somebody that tested positive for COVID-19 three days before. When she got tested, the results were negative.

On April 26, she then began to feel symptoms like coughing and congestion. This prompted her to get tested again out of precaution. At 6 p.m. the next night, she received a positive test result. Out of shock, she then isolated herself in her room the rest of the night. Liuzzo did not know how to self-report or reach out to the university. The next day she was contacted by DePaul and sent to isolation housing that morning. 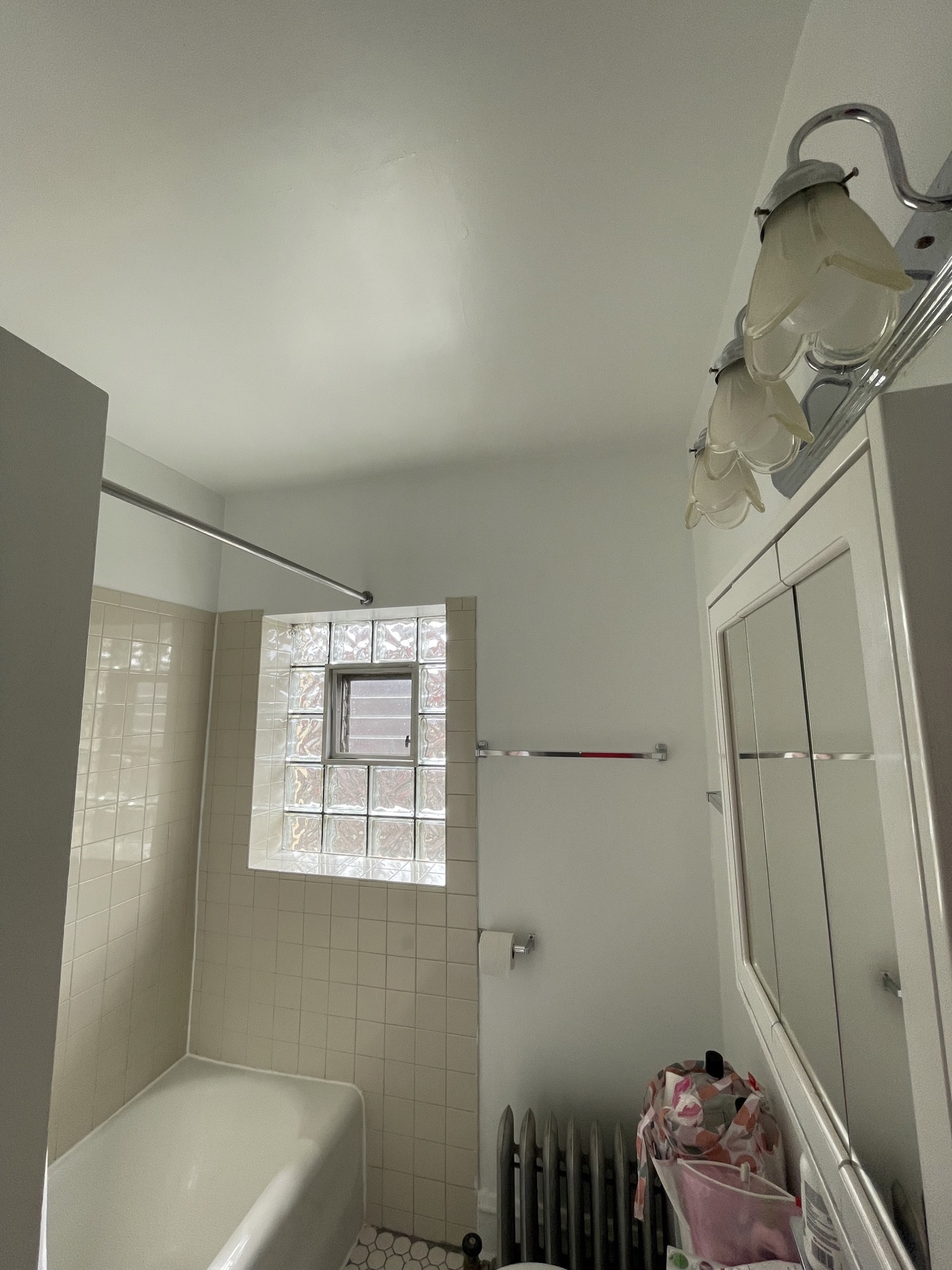 The apartment bathroom was empty other than the few items Kat brought with her. Photo courtesy of Katalina Liuzzo

The experience to her was overall not exciting, as one would expect.

“Honestly, all the days kind of meshed and it’s mostly a blur. My friends and parents were great during this time and FaceTimed me often. Most of my professors were understanding, but I did not get extensions on some assignments, so I did some homework, too.”

Similarly, Boes reported on a student named Maya who faced the same problem with an uncooperative professor.

When it came to deliveries, they were dropped at the front door and Liuzzo was allowed to grab them. She was told if there was no contact between herself and the delivery person it was fine.

This contradicts the guidelines put in the isolation housing guide, which state, “you are not allowed to leave your room during your isolation period except for medical appointments, medical emergencies or building emergencies.”

In the Fall Quarter, 14 East reported that a student was not contacted for their close contacts until they were six days into their quarantine. Luckily for Liuzzo, she was contacted within an hour of being moved into her isolation apartment.

The communication between students and the isolation housing was consistent for Liuzzo. She was contacted by the resident director on duty twice a day and whenever she had questions they were answered in a timely manner.

Despite having a number of students in isolation housing since Winter Quarter, an aspect of isolation housing we are still unsure about is how data is collected and how it is kept track of, especially pertaining to when students may be leaving and entering isolation housing. Some students began in DePaul’s isolation but finished somewhere else, like their family home or an off-campus location, which could affect numbers.

For a freshman like Kat, isolation housing was not the worst experience: “Overall, it wasn’t too bad.” To get through, it she was supported by friends and family, as well as hobbies to keep herself busy. With the uncertainty of the pandemic, sometimes being “not too bad” is all you can ask for.