Art as a Helpful Practice for .. 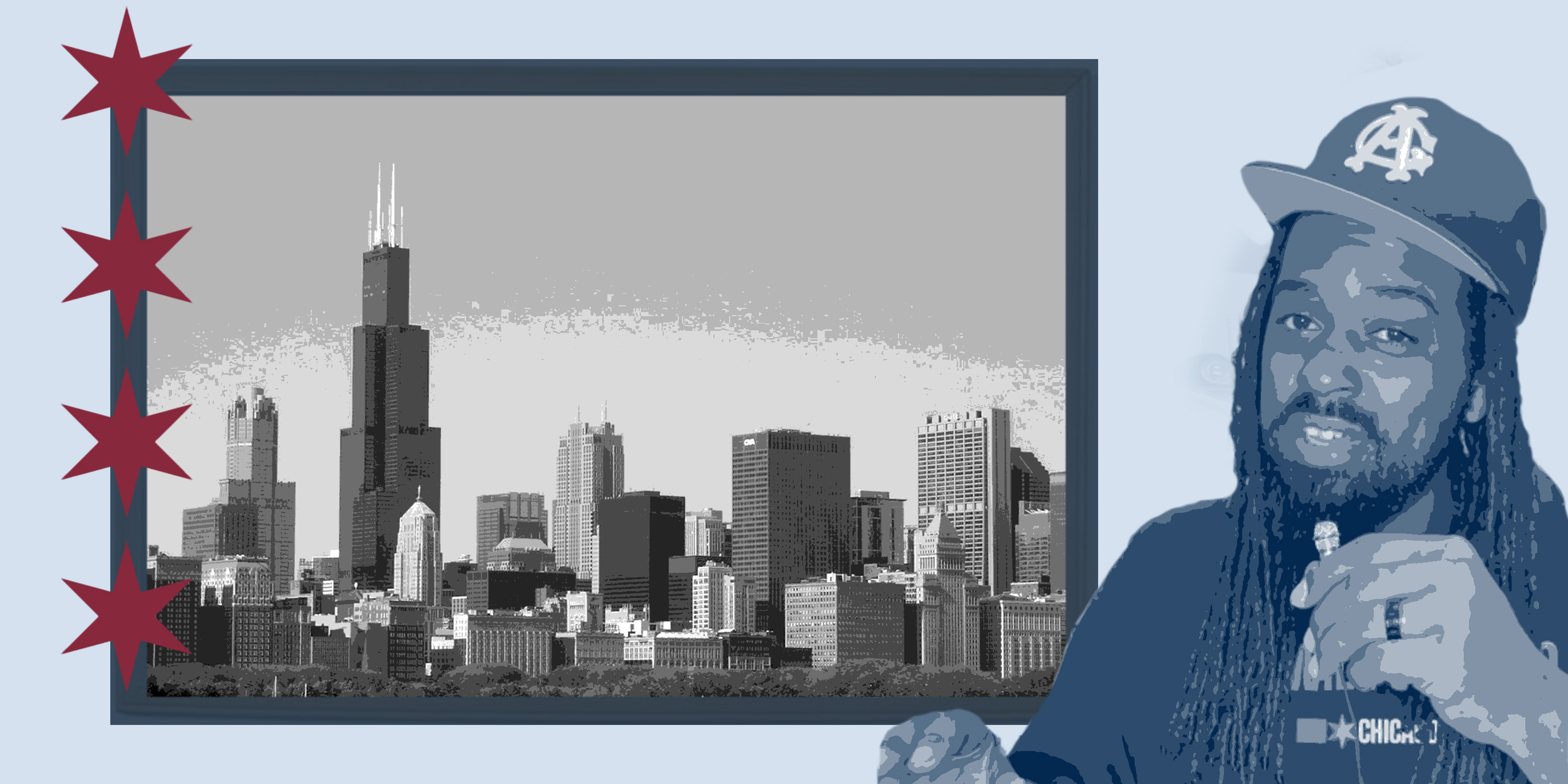 “Everything dope about America comes from Chicago.”

Shermann “Dilla” Thomas lives by that motto as he shares the city’s history via his various social media accounts.

Thomas has become a social media sensation due to his minute-long history videos about Chicago. He recently visited DePaul during a week of events for President Robert L. Manuel’s inauguration. The event featured a conversation with DePaul professors Horace Hall and John Joe Schlichtman, followed by a Q&A session with the audience.

After he was formally introduced, Thomas began with an anecdote about the Harlem Globetrotters. He talks about George Mikan, a DePaul alum who later went to play for the NBA, who would take what we now know as the Red Line to the South Side of Chicago and watch basketball players play. These players played a specific type of basketball, one where they would only dribble five times. They eventually became the Harlem Globetrotters, and they refrained from naming the team after Chicago due to its negative connotations.

Thomas says that Mikan later convinced the owner of the Minneapolis Lakers to challenge the Harlem Globetrotters. The 1948 game was played at the Chicago Stadium and according to Thomas, every NBA owner had attended. The matchup saw the Globetrotters, an all-Black team, beat the all-white Lakers, which led to the desegregation of the league.

Transitioning from the beginnings of Black people getting into the NBA, Thomas spoke about William LeBaron Jenney, who is responsible for the first ever skyscraper — the Home Insurance Building that sat on the corner of Adams and LaSalle streets in downtown. It was later demolished in 1931 and replaced by the Field Building; it’s now known as the LaSalle Bank Building.

“What he figured out is if he took that same technology of building a bridge horizontally, you could turn it vertically. And maybe you could build higher to hold more weight,” Thomas said. “So, he applied that thought to building a building and Chicago gives the world his first ever skyscraper.”

During the Q&A session with the audience, someone asked about the misconceptions about certain neighborhoods that were shattered when he talked to community members.

He explained that people in Chicago tend to live in these enclaves where they work, go to the grocery store down the street, and go home; people typically don’t want to leave their neighborhoods.

@6figga_dillaIts not all a grid, but its all very dope!♬ original sound – S. Dilla Thomas

“A place like Bridgeport for South Side was for Black South Siders, and this was like just the hugest no-fly zone on Earth,” Thomas said. “You would drive back downtown and cut over to Western to drive down to avoid cutting through Bridgeport … They hate that reputation about themselves.”

“We always like to say Chicago is the most segregated city in America, right? It’s either top one or two. And that’s bad,” continues Thomas. “But the good out of that, which I discovered, given these stories, is that those walls, they appear because of bad reasons. But, because of it, communities get to keep the essence of their culture.”

Another audience member asked for advice for those who want to use their social media to become a content creator. Thomas advises that intentions do matter. He notes that it can be hard to spend three hours making a video and only get 200 views. As his wife had said, if 200 people came into your living room and clapped at the thing you said, you would be quite content with yourself.

In the realm of advice, Thomas speaks about the best way of doing research. During our sit-down interview after the event, Thomas advised that one should get multiple perspectives.

“Sometimes, the surviving perspective might be slanted. For instance, the Chicago Tribune, it has like one of the most complete surviving newspaper archives in the city, but it’s conservative as hell,” Thomas said. “And, then, I would say the sources at the bottom of Wikipedia.”

Thomas notes that Wikipedia “isn’t the worst thing in the world” and that the sources at the end of each article are a good place to start. Another thing is that one has to be willing to spend the money. Thomas gives the example of using Ancestry.com to find out about a person’s history and you may have to pay the fee to have full access.

Researching information has to be the backbone of Thomas’ work, especially his TikToks. Thomas admits that condensing information is the hardest part of making his videos. The process begins with him asking himself why the topic is important at the moment. His research process includes using ProQuest, newspaper repositories, as well as first-person stories.

Thomas notes the importance of understanding the history of the city or a space in general.

“I’ve been telling the world that once you know the history of the space, you immediately respect that space,” Thomas said. “Once you have respect for space, you change perspective about that place.”