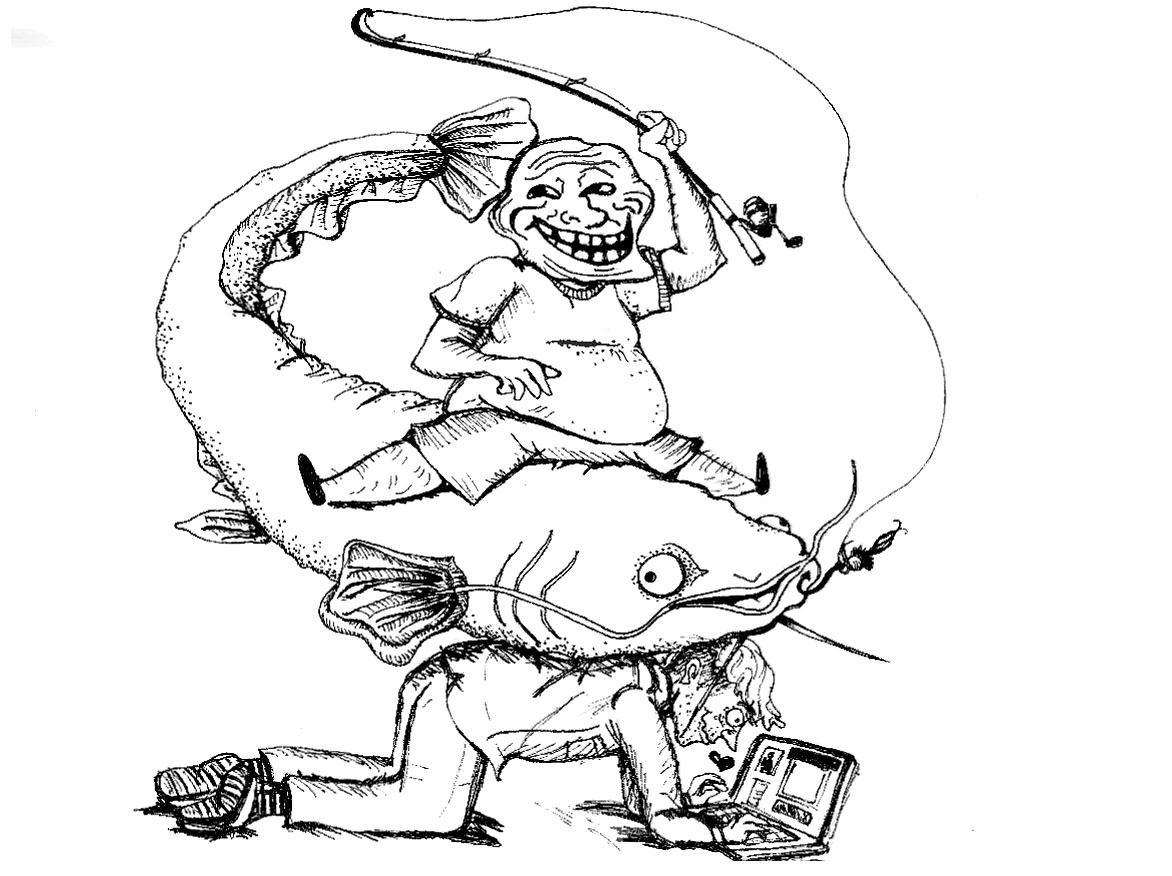 In 2010, the term “catfish” gained notoriety with the emergence of a documentary and MTV television series by the same name. While the film and the series were praised for their fascinating yet horrific stories, Catfish generally covered a limited demographic of catfishers. People who fabricate their online identities were depicted as mentally unstable young adults, emotionally dissatisfied old people, teenagers with heightened insecurities, or folks who  confused and scared about their sexual orientation.

However, many seldom realize that average, unassuming millennials have histories of deceitful Internet interactions beginning at surprisingly young ages.

“I have lied about who I was on the Internet,” said Jack Campbell, a 21-year-old sound recording and technology major at DePaul University. “I was probably 11, maybe? All those ages feel pretty similar. Elementary, middle school, it was around then.”

Campbell began lying about his age on an online forum to appear knowledgeable within a community of Legend of Zelda fanatics.

Rihter would habitually lie to other players in order to gain trust, form relationships, and ultimately rob the possessions of her online “boyfriends,” thus progressing in the game.

She began playing Runescape at age nine, well before morality and social responsibility played a factor in the way she moved through the world around her. “It was in elementary school in which this all happened,” she said. “After fifth grade I was done.”

“That was my main hobby,” said Laura Williams, a 19-year-old history and French double major at DePaul University. “Going online and, like, ‘being hot.’”

According to Williams, virtually everyone of her generation used chatroom-centric websites like Omegle and Chatroulette to talk to strangers and lie about their age. Though she enjoyed those websites, Williams’ preferred catfish medium was the chatroom and private messaging component of a gaming application called Papaya Farm.

Rihter’s catfishing antics remained benign enough to avoid a realm she could not handle. Campbell and Williams, however, were both forced into holes of their own deceit as their online relationships spiraled out of control.