The Netflix Club: The Kids Are All Right

The Netflix Club: The Kids Are All Right 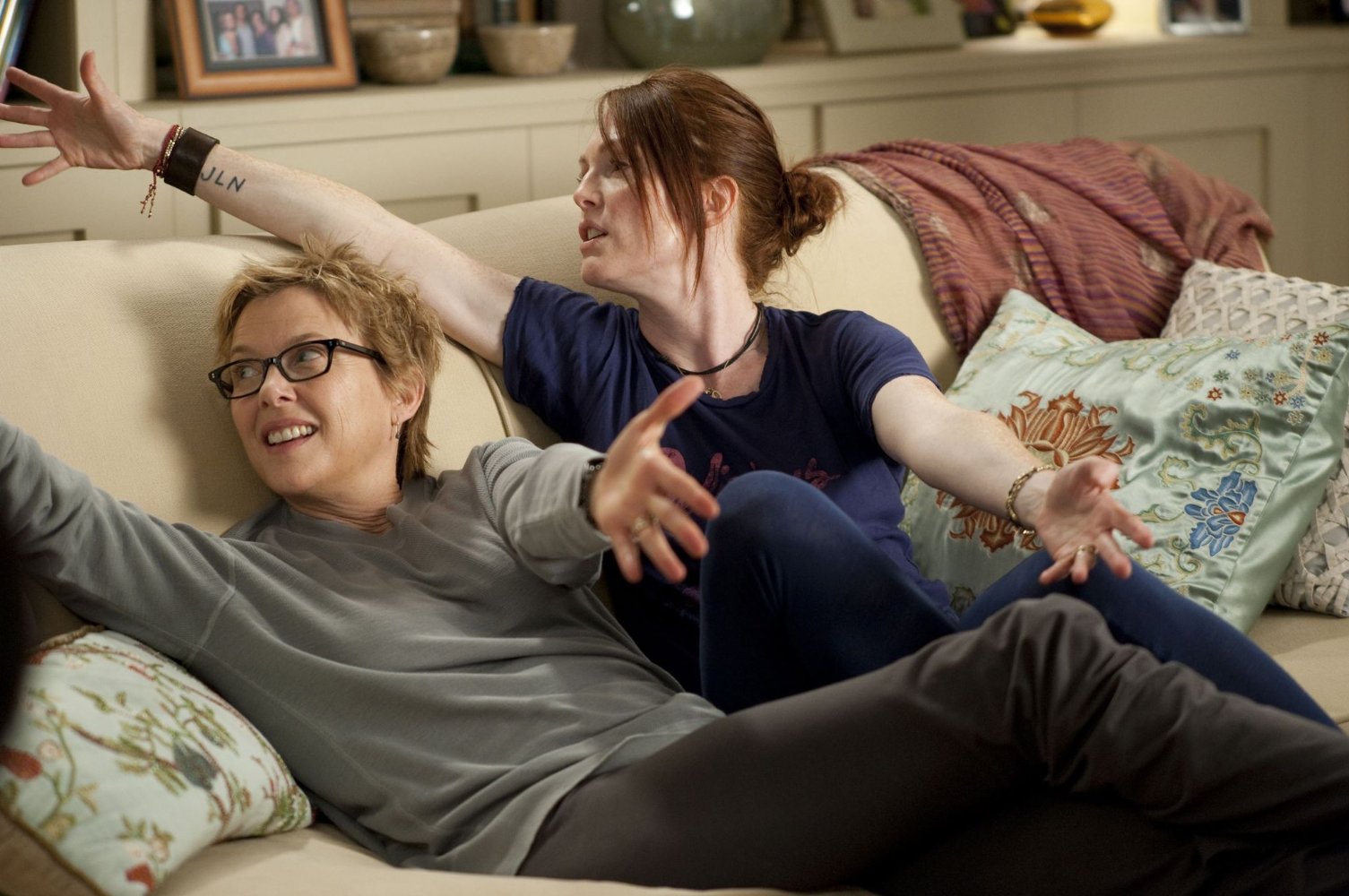 Welcome to The Netflix Club! Every other week, we’ll check out a noteworthy film that’s currently available to stream on Netflix. By considering how a film has aged, how it was received, or what it might mean in the context of the film industry today, The Netflix Club will be a resource for anyone looking to sharpen their movie knowledge or mix up their Queue—all from the comfort of your couch.

Being intimate with another human being can bring the greatest wonders life has to offer, while also opening you up to the potential of unthinkable pain.

This duality can be a difficult concept to tackle in film, trying to capture the totality of love and pain that comes with being deeply invested in a relationship. The Kids Are All Right is worth a watch for its valiant efforts to depict what can happen if communication stops and relationships stagnate, but in its refusal to fully concede screen time to the darkest aspects of its narrative, it falls short of its thematic goals. It’s not a bad movie. Good actors are in it, and some of the scenes are funny—in fact, a lot of them are! You might cry when Annette Bening cries and you might laugh at those rascally but well-meaning kids. But don’t expect to come away with something more—about lesbian marriages, about the meaning of family and the devastating aftermath of infidelity when given a movie that use red wine as a punchline. Often. 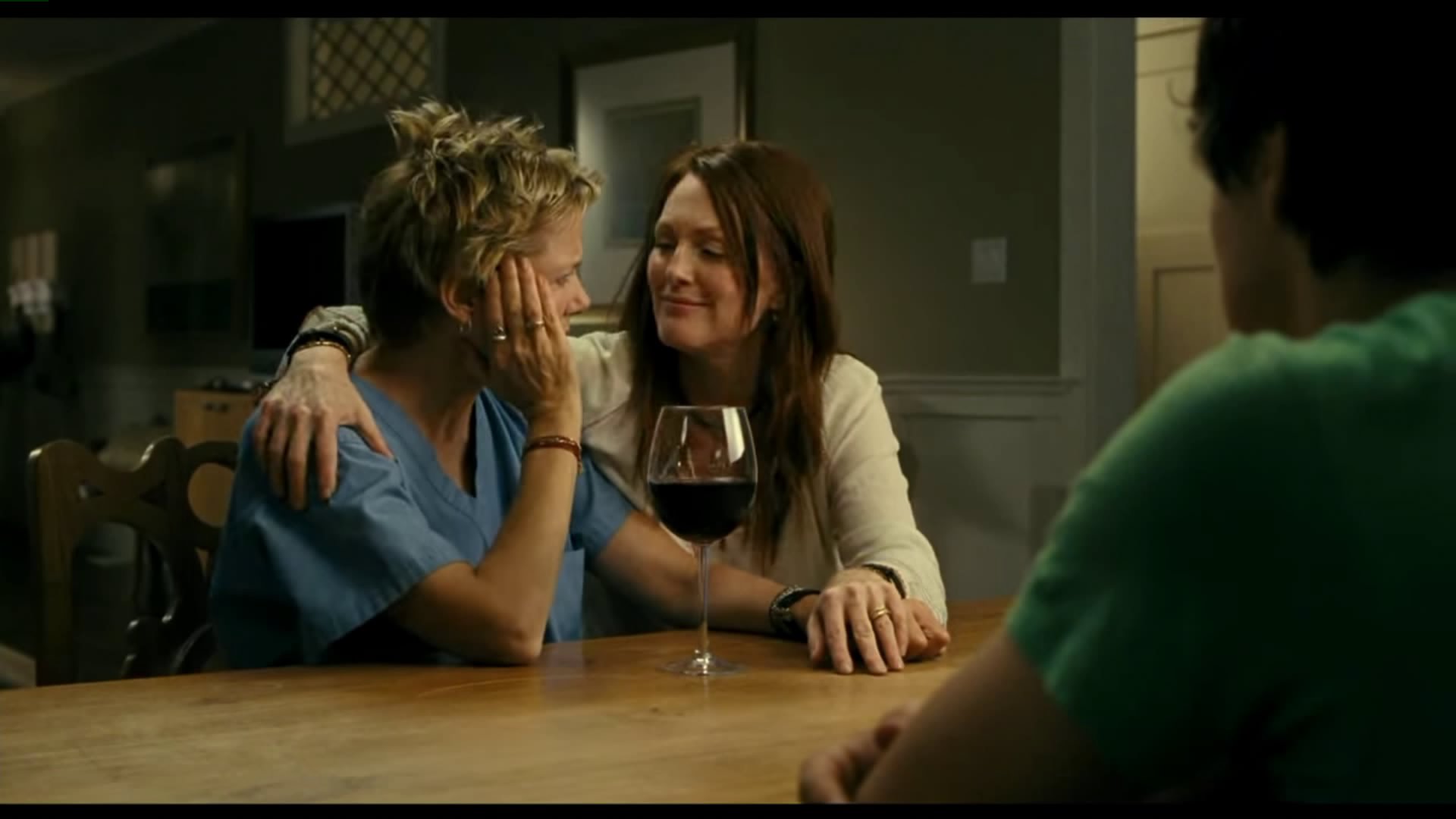 Writer/director Lisa Cholodenko’s The Kids Are All Right stars Julianne Moore and Annette Bening as lesbian parents Jules and Nic, respectively; rounding out the family are younger brother Laser (Josh Hutcherson, doing his best clenched jaw shtick) and college-bound Joni (Mia Wasikowska, playing 18 going on 13). Laser and Joni are half-siblings—one born to each mom, connected by the same sperm donor—and when we meet them, Laser is just managing to convince Joni to contact that sperm donor for a meet-up, as Laser isn’t 18 and can’t legally do so himself. Enter Mark Ruffalo as Paul, the type of wistful pseudo-hippie who runs a farm-to-table restaurant staffed with beautiful women of all ethnicities who compete for his (erm) donation on a regular basis. The kids are enamored with Paul, but Nic and Jules are decidedly more cautious when they inevitably find out about the kids’ quiet rendezvous with the goateed guy on the motorcycle who happens to be the reason for their existence. 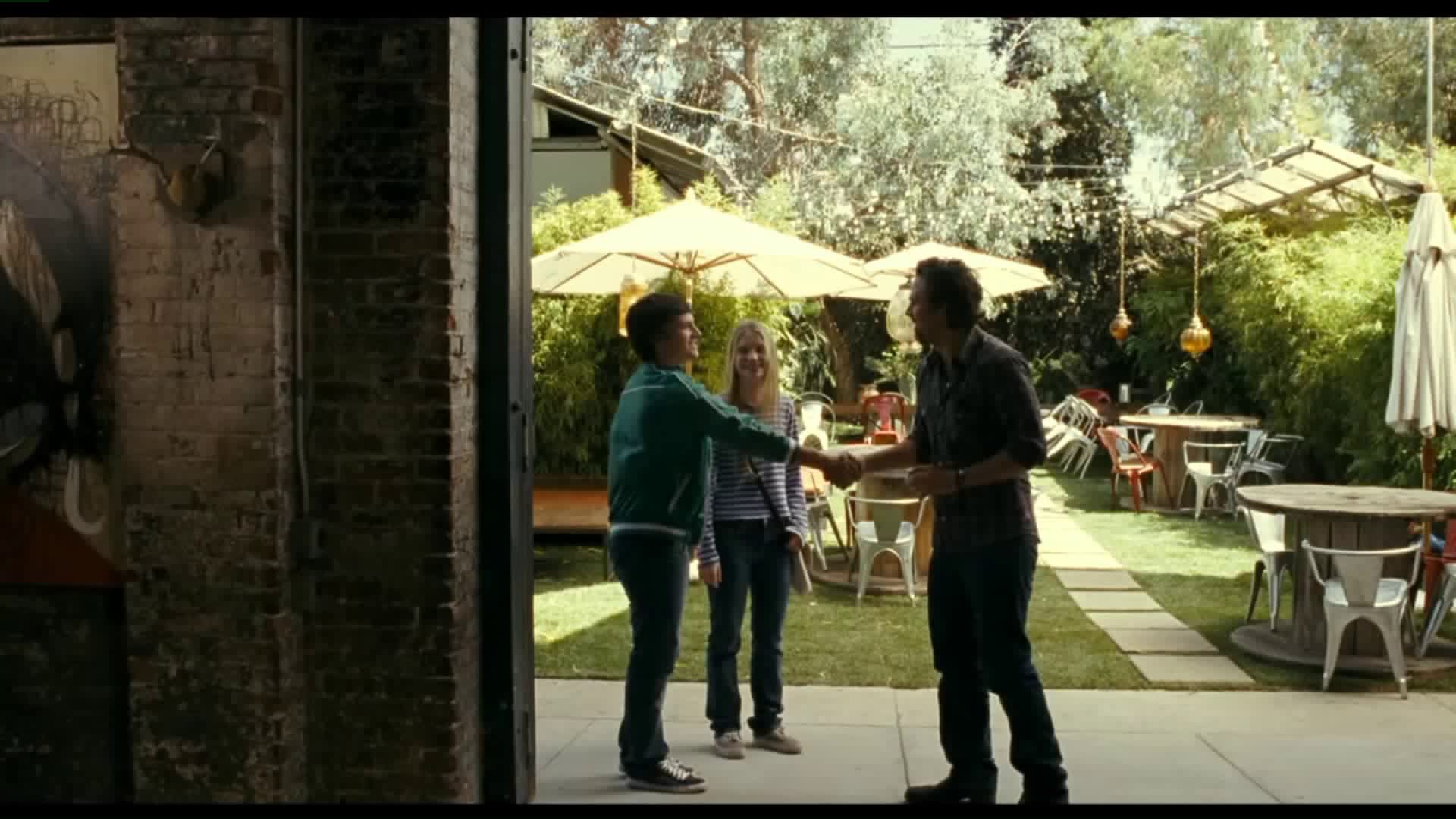 This is a weird and very uneven movie, but it gets by on the strength of its main cast, namely the coupling of Julianne Moore and Annette Bening. Without the obvious rapport brought to Nic and Jules by Moore and Bening, you would be hard-pressed to find any reason why these two completely different personalities might end up married for twenty years, since the script commits far more to emphasizing those differences than to justifying their marriage. Mark Ruffalo, for his part, strikes his own balance with Paul, who I would posit as the most fully realized character of the film. In Ruffalo’s hands, a role that could easily be a winking caricature of a guy at a Pearl Jam concert is instead credibly rendered as a man-child whose personable, easygoing philosophy belies the naïveté that comes with what seems to have been a pretty fortunate life for a guy who’s apparently just bumbling around saying “um.”

Paul is really the catalyst for the plot, and it’s at the point of his introduction that the movie’s tone starts to swing wildly between quirky and monotonous. You’re never sure how seriously you’re supposed to take what’s happening onscreen—it looks like a studio comedy, and certainly has the comic pacing to match—and yet technically the stakes are so high that when you laugh at the jokes, it’s mainly borne out of disbelief at the fact that they would crack a joke right now.

And I can’t really go on about that confusing tone without acknowledging the core of the film: Jules’s decidedly not-lesbian affair with Paul. While this development does, yes, create the pretext for most of the film’s genuinely affecting moments, and certainly moves it closer to its aspirations of drama, its inherent defiance of believability is still relatively unaddressed by the time the credits roll. 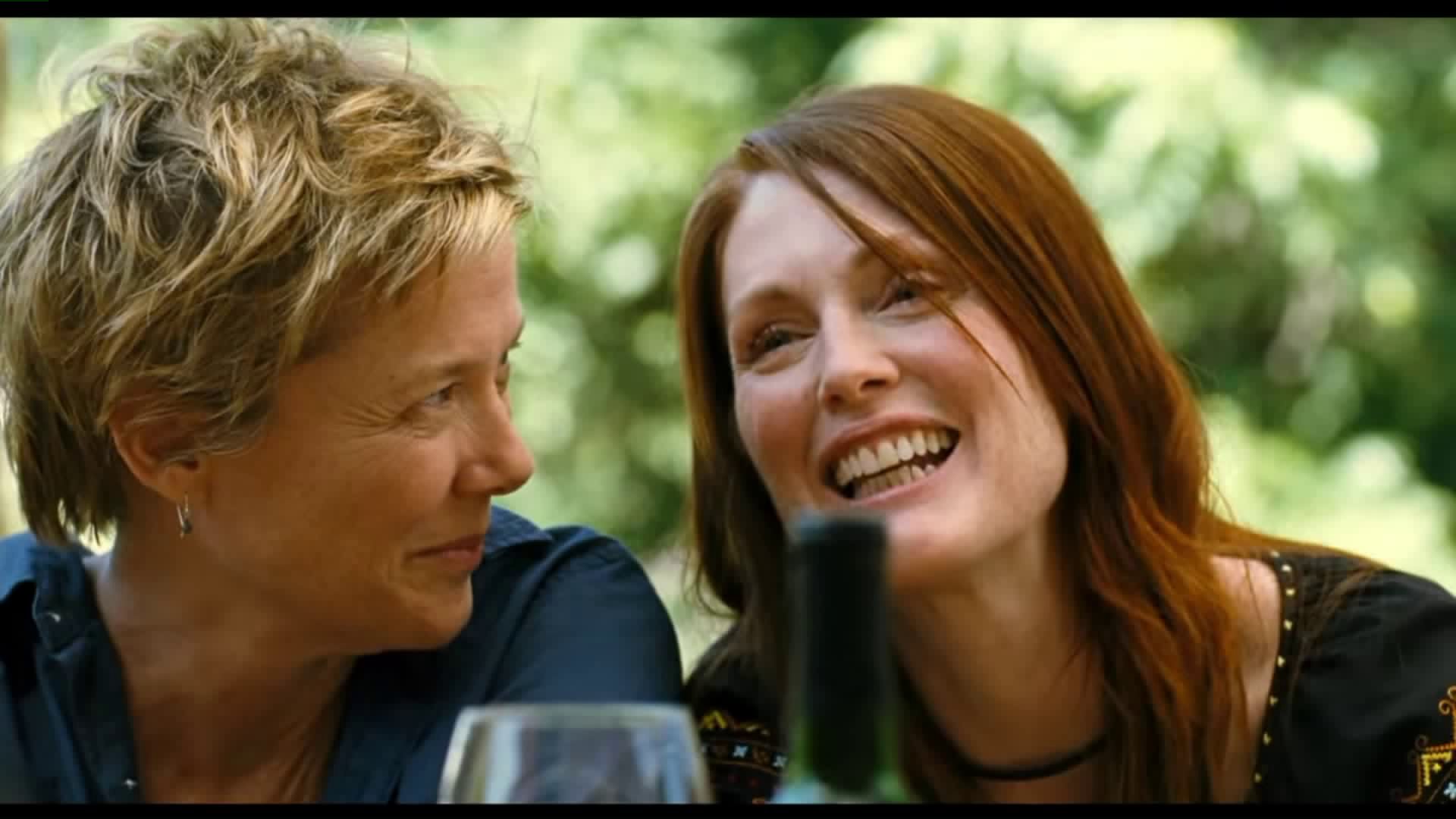 The most general criticism I can make about this is that having Jules sleep with Paul smacks of a shameless Hollywood trope, one that affirms all of the worst stereotypes about lesbian women and gay relationships (remember Gigli?). The movie doesn’t have to be some statement piece about normalizing gay characters and their relationships, but it also would do well to remember that these topics are not native to all audiences, especially the movie’s obvious target demographic of baby boomer parents. In addition to the fact that Jules’s infidelity seems almost entirely unmotivated and unjustified, her sleeping with virtually the only adult male character in the film feels more like a story note from a sleazy studio executive than an organic development from the project’s primary creative voice.

Lisa Cholodenko is a smart filmmaker, and gay herself, but it seems naïve for any writer to craft a story around a lesbian woman who sleeps with a man, then do nothing to address that contradiction and hope that it will not detract from an audience’s experience of the intended theme. While I believe Jules’s affair is meant to reflect more on her ailing relationship with her wife than her stifled sexual fluidity, the fact that there’s even a mitigating variable in all this is evident of messy construction. 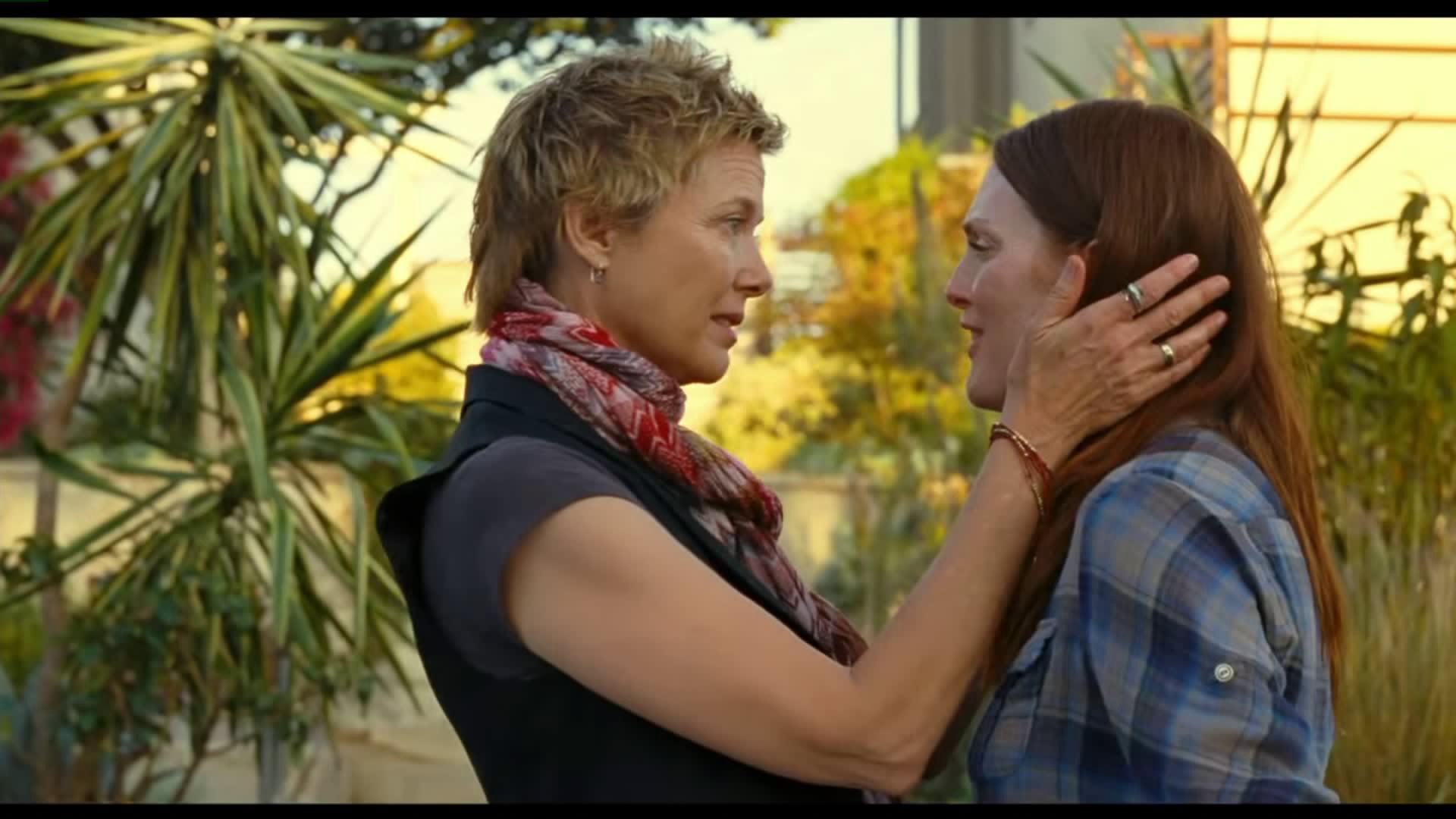 And above all this, it really doesn’t seem like things are that bad between Jules and Nic in the first place! The movie wants to frame Jules’s infidelity as some natural consequence of what would happen to a marriage in a state like that. Yet at the same time, the movie’s depiction of these two women’s relationship is pretty solid compared to most other portrayals of infidelity. Sure, it’s tough to create intimacy after twenty years; sure, it’s hard to raise your children with another person. But Jules and Nic have a beautiful home, plenty of money, two kids of high emotional intelligence, and a clear desire to make one another happy. So pitting them against each other by making one some type-A, high-fallutin’ doctor and the other an untethered, impulsive free spirit just begs a greater question…how would it have made it this far anyway? 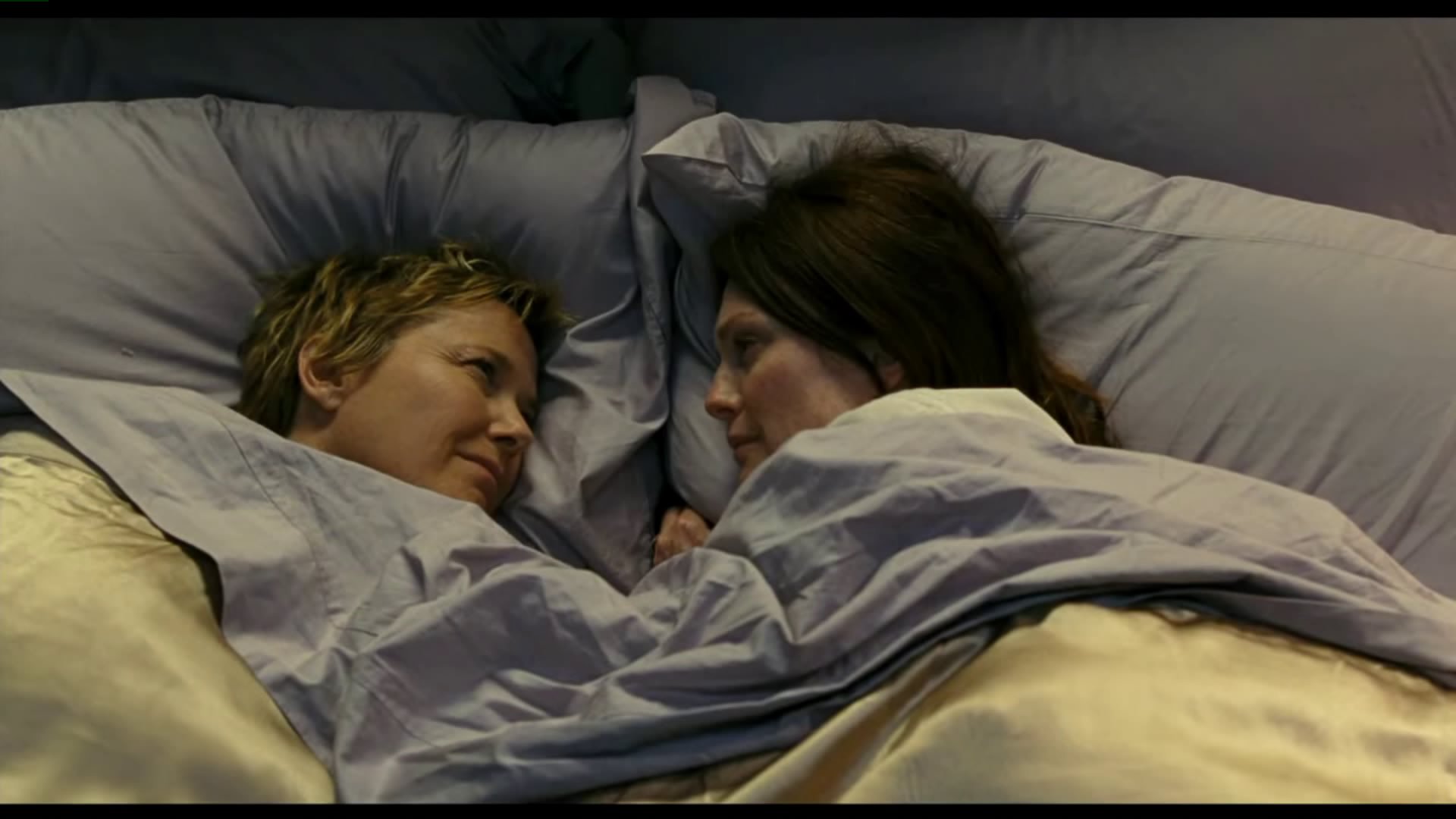 If I’ve belabored the movie’s faults, it’s partially because they exist and partially because I have found nothing but unequivocal love for The Kids Are All Right in my research. Everybody really, really likes this movie. It blew up at Sundance in 2010. Critics loved it; Rotten Tomatoes has it at 95% at the moment. The most popular praise is that it’s “emotional.” And while I would agree that there are a lot of emotions in it, I fail to see it connecting those emotions cohesively. Not in the ways that make great movies great. Not through any degree of subtlety or intelligent structuring. It uses its characters’ likability and its tonal similarity to better movies as crutches to support its flimsy narrative. And in its reluctance to make itself even a little bit depressing, even mildly existential, it separates itself from the greater indie works for whose comparison it whines—Sideways, Little Miss Sunshine, The Descendants. It’s not easy to make a funny movie that can be serious, but if your tone hovers more in the realm of, say, Arrested Development than Lost in Translation, you should probably pick a side.