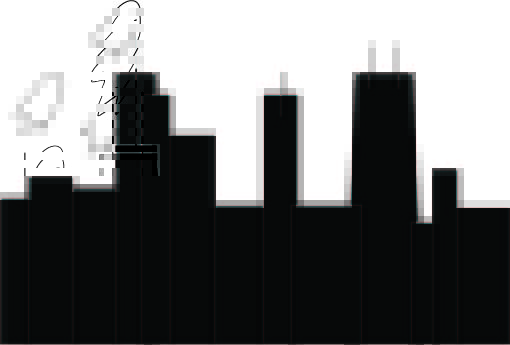 It’s 5 p.m. on a Wednesday evening at the intersection of South Wabash Avenue and Jackson Boulevard. I’m walking north on Wabash to catch the Brown Line back to my home in Boystown.

It’s breezy. I cross my arms as I walk into the wind. A coat would have been a good idea today. Instead the cold air is rushing through the holes of my sweater.

Approaching the “L” entrance, I hear someone shout my name. I turn around abruptly. Maybe I dropped something. No one is behind me.

Before I turn back and climb the steps of the Adams and Wabash stop, I catch a glimpse of something at the top of the DePaul CDM Center. It’s faded, not particularly noticeable. In fact, if a load of laundry weren’t waiting for me at home, I might not have taken time to notice it at all.

But I did. So I squint up at it and try to decipher what I see. It’s some sort of sign, but I can’t quite make out what the sign says.

By now, impatient commuters are shuffling past me, so I take a photo of the sign and head home.

As the train weaves through the city, I begin Googling what I saw. Apparently, I’m not the only one to see something like this in the city. Many others have reported similar sightings.

They call them “ghost signs.”

Not your haunted building

Unfortunately, the white letters aren’t a sign from the infamous Chicago ghost, Resurrection Mary, who has allegedly been hitchhiking on Archer Avenue since the 1930s. Instead, they are faded advertisements, usually from the early 1900’s, painted on brick buildings. They’re a faint reminder of what Chicago used to be.

Pride has been taking photos of ghost signs in Chicago since 2000.

“It’s sad how many have disappeared in the past few years, both from accelerating demolition and from the city’s anti-graffiti initiative that splashes brown paint across brick surfaces in neighborhood after neighborhood,” Pride said.

The (not so) haunted CDM Center

Multiple ghost signs can be found across DePaul University’s Loop Campus. The ghost sign on the CDM Center used to read, “Lyon & Healy, everything known in music.” Once clear and bright, much of the sign has faded into the brick behind it. Only “Healy,” “everything,” and part of “music” are clearly visible.

Lyon & Healy opened its doors in Chicago on October 6, 1864. Originally located on the corner of Washington and Clark Streets, it moved to the corner of Jackson Boulevard and Wabash Avenue in 1916, said Keri Armedariz, marketing manager at Lyon & Healy.

Lyon & Healy began selling sheet music, eventually expanding to making and selling instruments. To this day, the company is best known for its harps. DePaul University acquired the building in 1981 when Lyon & Healy moved operations to the West Loop. 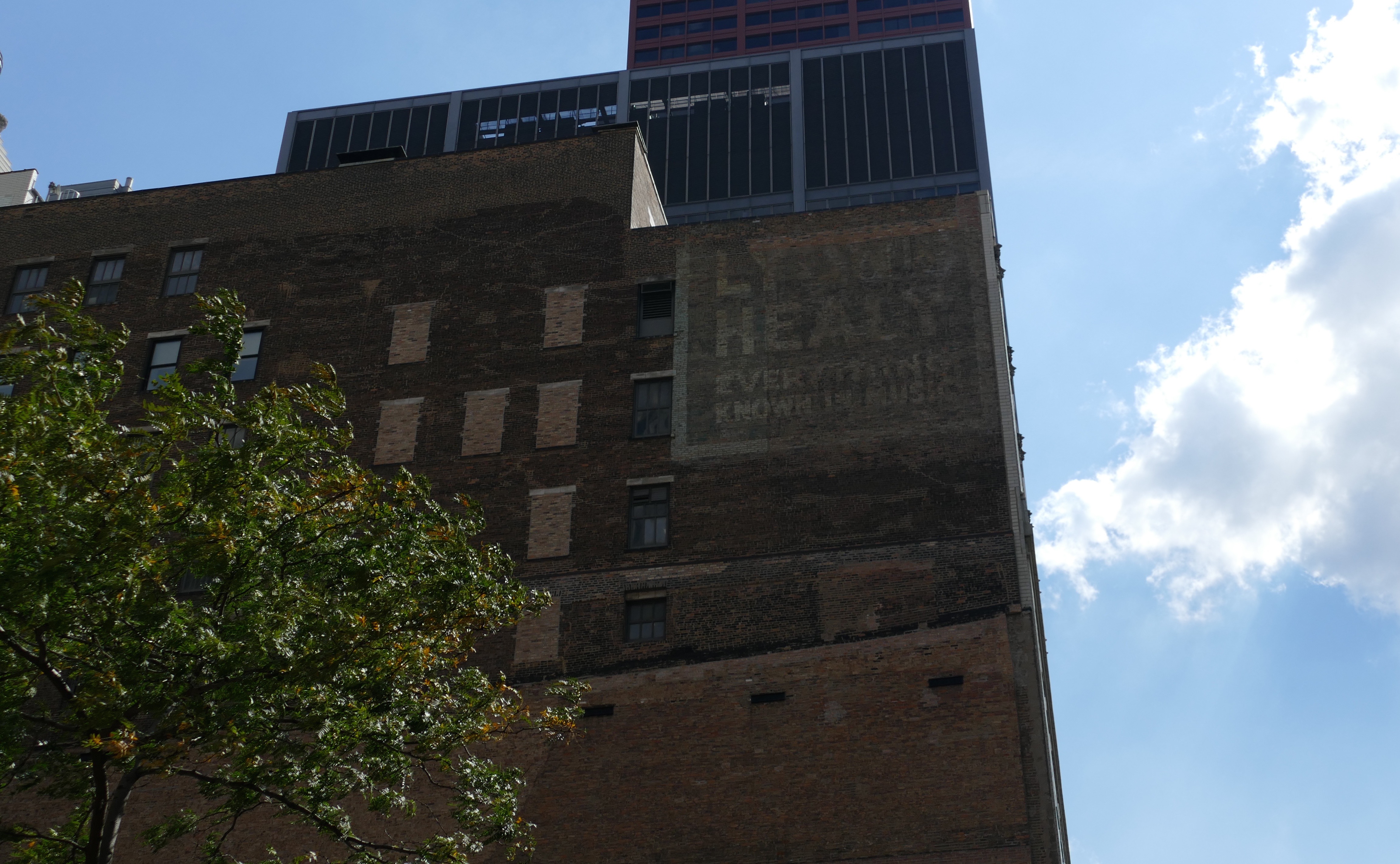 What is left of the Lyon & Healy advertisement on DePaul’s CDM Center. (Marissa Nelson, 14 East)

The (not so) haunted Lewis Center

Large, hollow, block letters painted in white are faintly visible down the side of the Lewis Center facing West Van Buren Street, reading “Kimball.”  Through decades of rain and snow, the “K”, is no longer visible. At the bottom, there appears to have been another part to the sign. Too washed out to read, it might have said something about a piano, possibly “piano factory.”

The Lewis Center used to be the home to the piano manufacturer, W.W. Kimball Piano Co.It occupied the building from 1917 to 1955, according to a 1955 Chicago Tribune article.

The Frank J. Lewis foundation acquired it and gave the building to DePaul in October 1955, according to a 2016 article in DePaul Magazine. 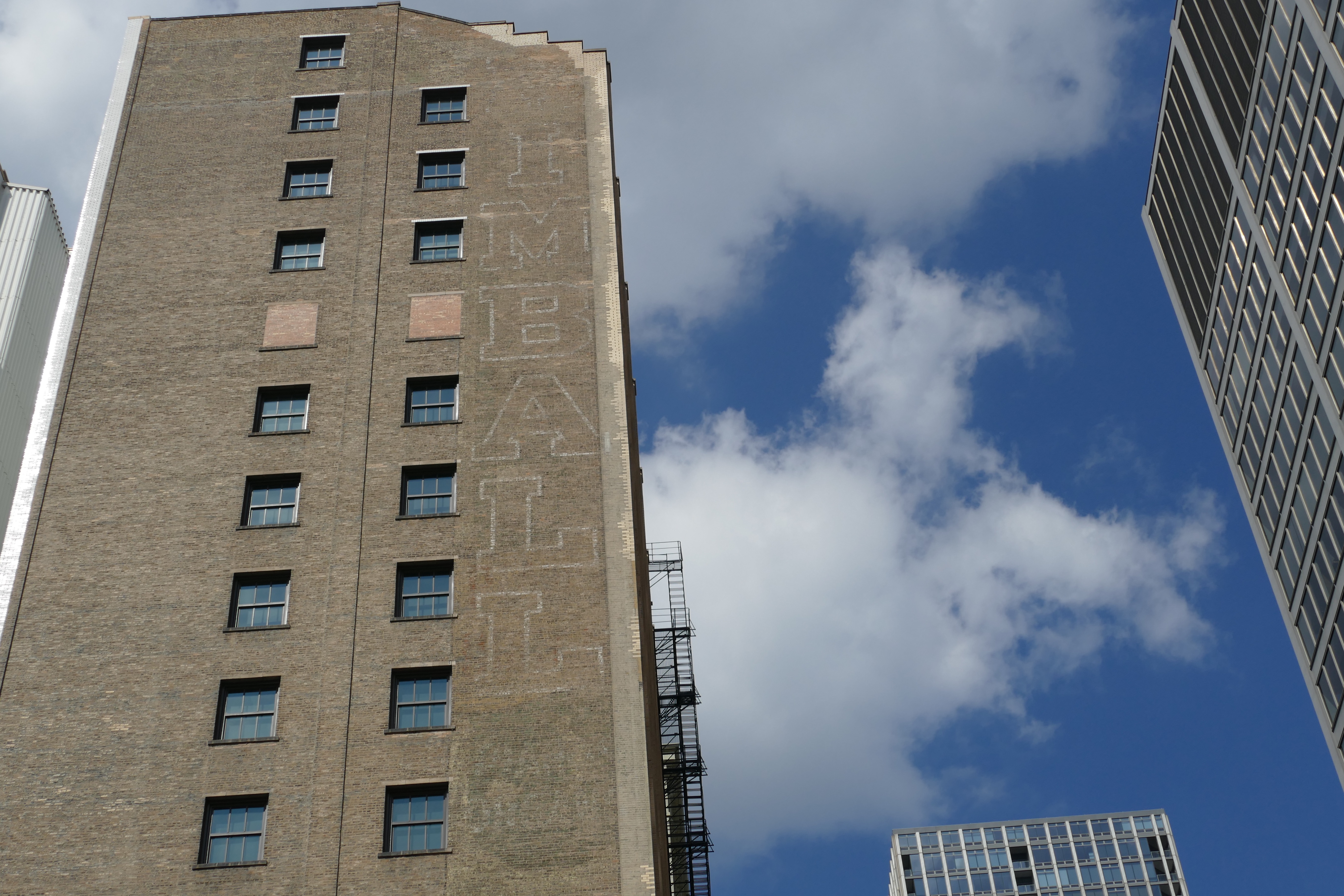 The (not so) haunted Steger Building

A third building on the north west corner of Jackson and Wabash, not affiliated with DePaul, but in the midst of the Loop campus, boasts another ghost sign.

At the top of the Steger Building, on the side facing Adams Street, there is an old ad for office space available.  It is difficult to decipher what the top of the ad used to read, only “esg” and “log” remain visible in faded, black paint. At the center of the ad is a black trapezoid that resembles the shape of a megaphone, reading “HA-7-255” in white. This might be the phone number for the office space available. Until 1977, Chicago used a two-letter prefix, similar to an area code today.

The most telling part of the ad lies below the trapezoid. In clear black letters against a white background, it reads “office space.”

However, the building wasn’t just office space. In 1891, Steger & Sons Piano Manufacturing Co. relocated its retail store to this building from its original spot on State Street. In 1909, the building was rebuilt into what it is today.

Steger & Sons Co. is no longer in business, though in the early 1900s it was one of the most successful piano manufacturing companies in the city. In 2013, the City of Chicago declared the Steger Building a Chicago landmark. 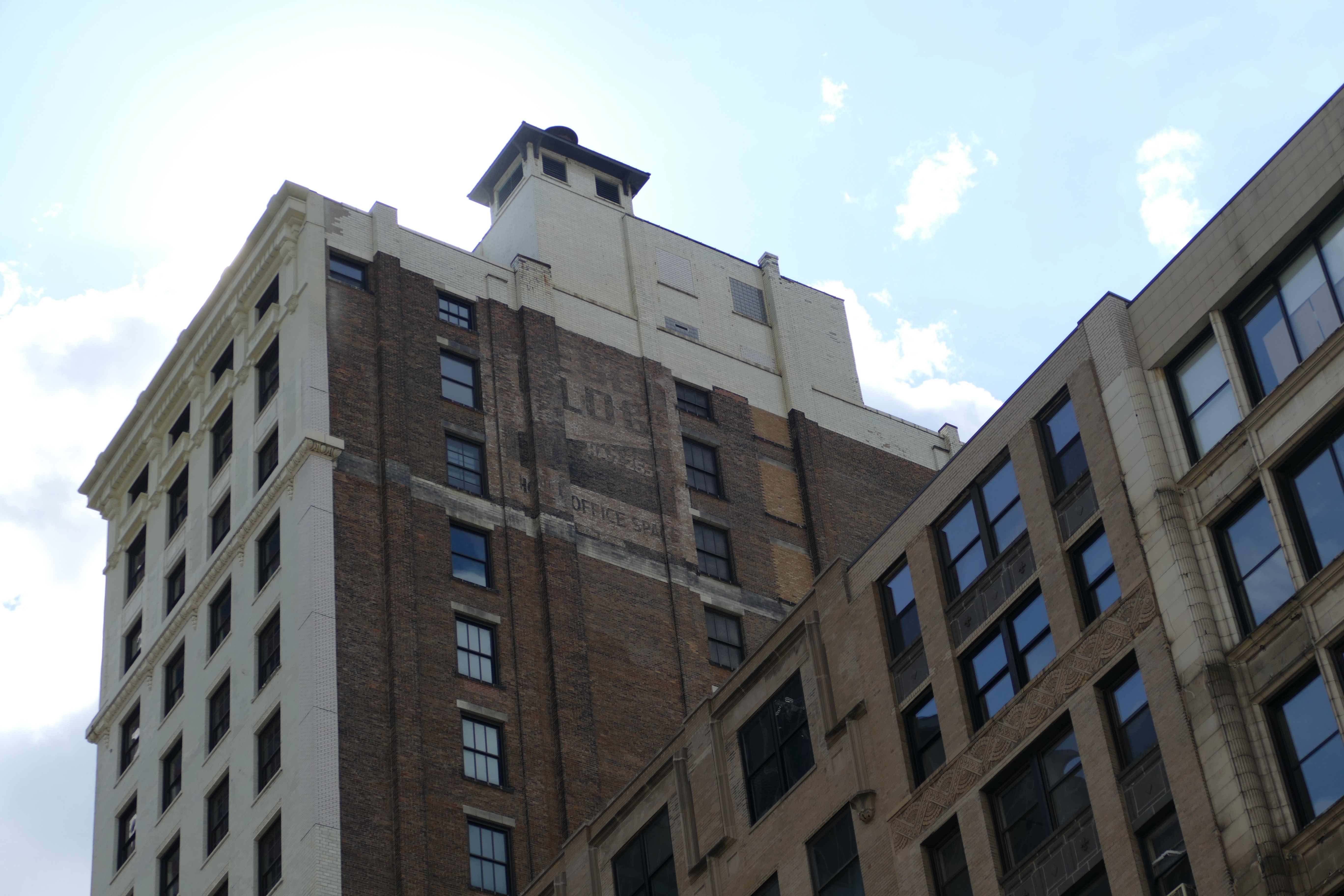 The cluster of music manufacturing buildings is not a coincidence. What is now DePaul University’s Loop Campus used to be known as a part of  “music row” in the early 1900s. Music row spans from East Adams Street to East Congress Parkway, according to a landmark report written in 2013 by Andrew J. Mooney, commissioner of the Department of Housing and Economic Development.

“In cities in the U.S. and I think in other parts of the world, especially western Europe, it was pretty common to have a concentration of industries,” said Peter T. Alter, historian at the Chicago History Museum.

Other industries concentrated in Chicago were auto row and printer’s row in the South Loop, Alter explained. At the time, it was convenient to manufacture products in Chicago.  Because Chicago was a railroad hub and is situated next to Lake Michigan, it was easy to import raw material and export new products.

Particularly for music row, the concentration of the industry eased the buying process for consumers, too.

“That was a major industry in downtown Chicago and was a place where people and I imagine businesses and so forth would go and shop for organs, music, harps and other musical instruments,” Alter said.

Unlike printer’s row and auto row in which only tradespeople referred to the area with its respective name, music row was the universal term. The first time Alter saw “music row” mentioned in the Chicago Tribune was in 1922. He believes this was long after the area became music row, it just marks the term entering everyday vocabulary.

By the end of World War II, this concentration of industries around the city dissipated as the United States suburbanized. It no longer made sense to make a large piano or harp in the heart of the city, just to ship it out to a house in Aurora or Naperville.

“The manufacturing aspect is gone, so printer’s row is lofts and music row is DePaul,” Alter said.

Now, all that’s left to remember music row’s history are ghost signs like the one I saw on my way home from work. Much less harrowing that I had thought, Chicago’s infamous ghosts were summoning for my attention.

Instead, I’m reminded of what Chicago once was, before taxi cab advertisements and electronic billboards. The ghost signs are slowly fading-lessons of Chicago’s past. Long after Steger & Sons closed up shop and Lyon & Healy moved to the West Loop, Music Row’s many marks in Chicago still remain.

“For a historian like me they are a nice piece of evidence of what a neighborhood, business or a building might once have been,” Alter said.