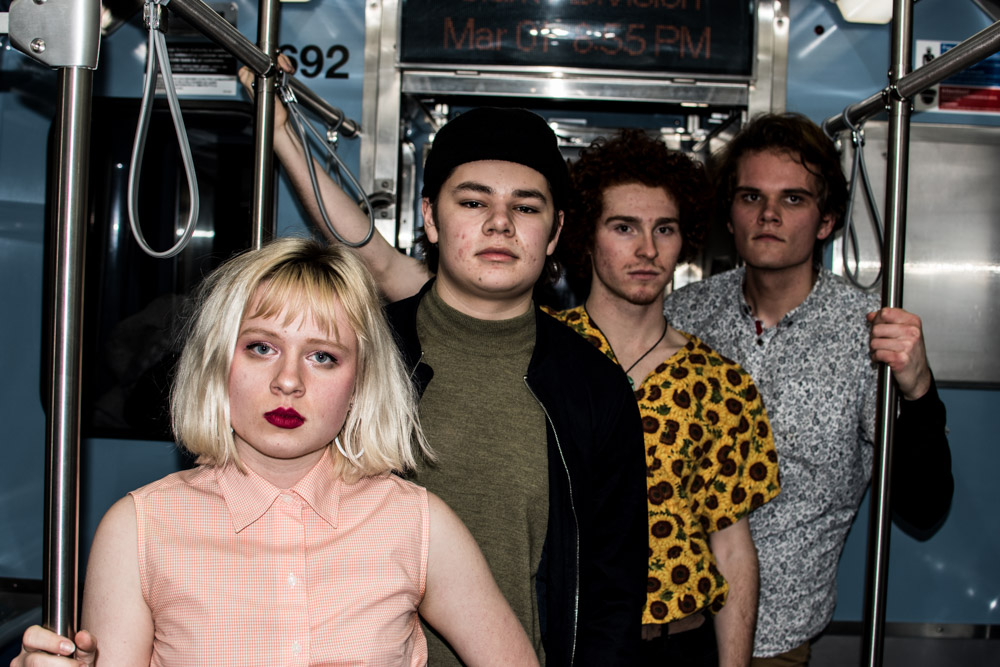 Hosted in a basement with ceilings no taller than six feet high, with faces of the crowd lit up by twinkly lights, Femi Fest was a house party/local concert that was not like your typical male associated DIY music concert. Femi Fest was a weekend long celebration of femme and queer artists, as well a celebration of the bands who support them, such as Infinity Crush, Lotus Powers, Blush Scars, Graves, Sparkle Tears, Beach Bunny, Night and Gale, and Guttermoneyyy.

A band with unlikely beginnings, it is surprising how quickly Swatches has gone from the first time they all played together in the fall to their first concert at Femi Fest.

“Nick and I met on move in day at the informational fair and we just became determined that we were going to start a band,” said Schultz. “We immediately began writing songs together. We jammed with several people the first few weeks before we decided on Mallory [and] Joe.”

The band’s soft rock, alternative sound matched the vibes of the house with its mini concerts in the basement, snacks and socializing on the first floor, a photo gallery of work from local photographers, and tarot card readings on the third floor. 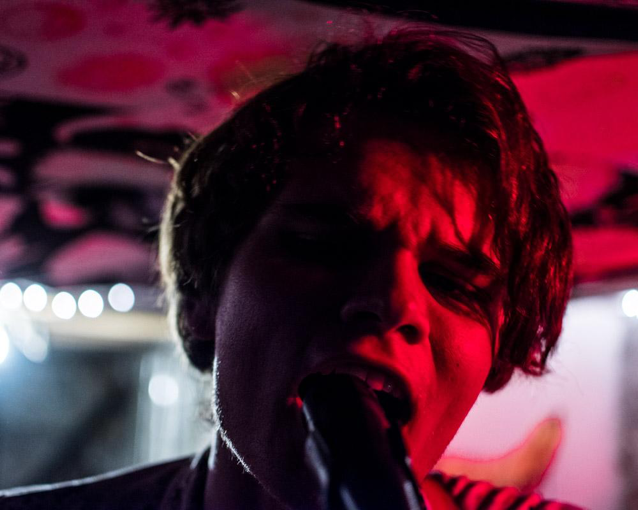 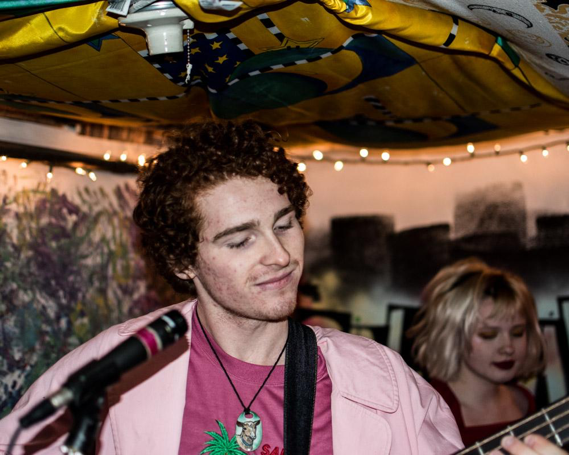 While the concert scene was perhaps not exactly the traditional concert venue that attendees were expecting, the bands that played filled the house with music lovers.

The basement  where the bands played was filled with sixty plus students: “I think [Femi Fest] went the best that it possibly could have. We only had a few small musical hiccups. . . and we made people dance, which is the most important thing,” said Schultz.

All those who attended Femi Fest were able to witness the band play nine of their new, never-released songs, similar to the upbeat tone of The Drums. The alternative band draws inspiration from ….

With these nine new songs on the way, the band hopes to only get bigger and play more local venues.

“You can expect to be seeing those [new songs] by the end of the year on Spotify and Apple music,” said Schultz.