Big Spending in the Race to Bu..

Meet the Top Five Individuals Who Have Donated to ...

What the Heck Do These Governm.. 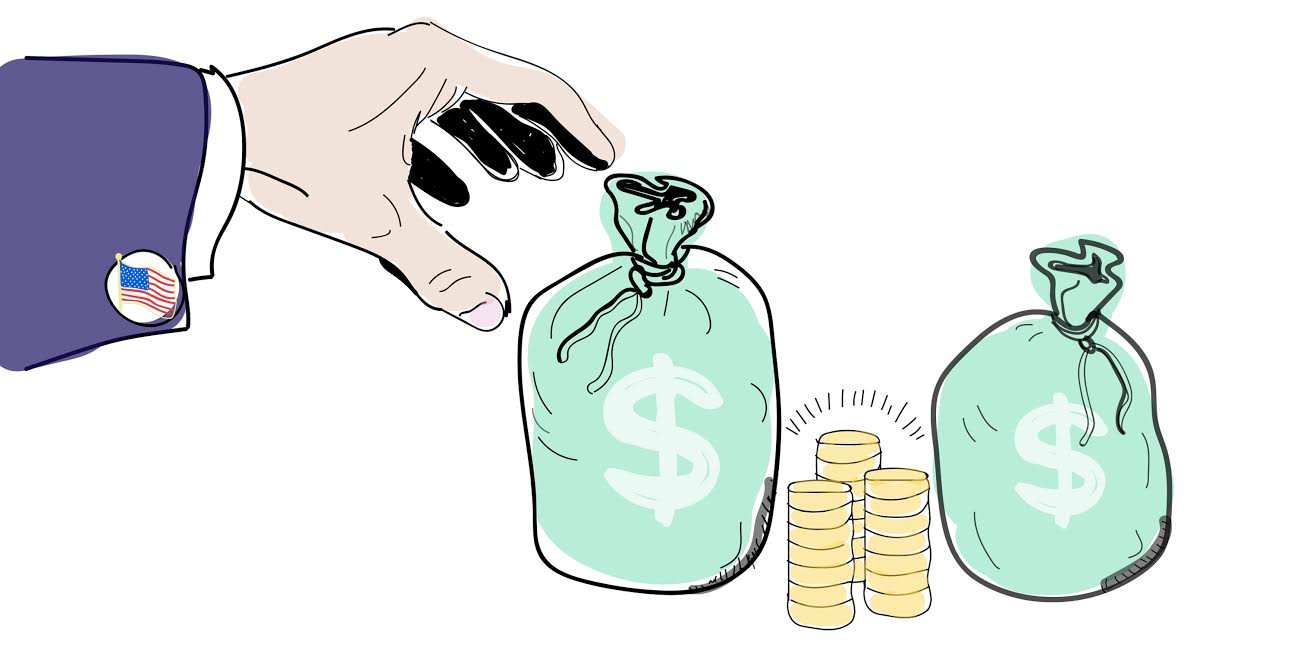 How much money does it take to be considered “wealthy”?

“Maybe $500 million in assets?” said Whitney Courson, a 35-year-old resident of LaGrange, Illinois. “In terms of taxes, your income probably needs to be over $125,000 or something per year.”

DePaul University MBA student Elizabeth Guyol thinks it may be $2 million. “It’s hard to say. I feel like I’m never going to get to that point, so it’s hard to imagine,” she said.

How much does someone need to donate to have some sway in a political campaign?

The current Illinois governor’s race has been one of, if not the most expensive races in U.S. history, and some Illinois residents are struggling to grapple with the amount of money backing incumbent Republican Gov. Bruce Rauner’s and Democratic opponent J.B. Pritzker’s campaigns. The enormous sum of money behind each candidate has allowed them seemingly unprecedented influence over their own political parties and local politics.

“I think what we’ve seen is off the charts,” said Alisa Kaplan from Reform for Illinois, a nonprofit that advocates for Illinois campaign finance law reform. “There are more rich people now and more inequality in wealth than there has been in decades, and that’s what we’re seeing right now.”

Illinois law sets specific donation limits per political action committee (PAC), person and organization. But Public Act 97-0766, signed into law in 2012, dictates that once an individual or PAC spends $250,000 in a state-wide race, all bets are off when it comes to donation amounts.

During the April primaries, Democratic gubernatorial hopeful Chris Kennedy hit the $250,000 limit, making it legal for all candidates to donate and receive donations of jaw-dropping amounts.

According to Illinois Sunshine, more than $137 million has been donated to Gov. Rauner’s re-election campaign in the form of personal contributions from Gov. Rauner himself and PACs, as well as substantial donations from a handful of wealthy investment bankers, businessmen and CEOs.

Of these donations, more than $37 million have come from five individual donors alone, making up 27 percent of Rauner’s total donations. Who are these wealthy people? And just how much does it take for an individual to have some influence in the upcoming governor’s election?

Ken Griffin, the richest man in Illinois, donated $36 million to Rauner’s campaign in December 2017, taking the top spot of donations given by individuals. Griffin is the founder and chief executive of Chicago-based hedge fund Citadel, which manages about $30 billion in assets, and Griffin himself is worth an estimated $10 billion.

At the start of 2018, Griffin reportedly paid $58.5 million for four floors in a Gold Coast condominium building, which is currently the highest-priced home sale in Chicago history. In 2017, Griffin donated $125 million to the University of Chicago School of Business and in 2016 he paid $500 million for two paintings: Willem de Kooning’s “Interchange” and Jackson Pollock’s “Number 17A.”

Board memberships: Chicago Public Education Fund, Advisory Board of Eurasia Group, Board of Trustees for the Art Institute of Chicago, Harvard Financial Aid Task Force

Edgar Jannotta Jr., one of the biggest investors in the healthcare sphere, is a former partner and managing principal at GTCR, LLC equity firm, which Gov. Rauner co-founded. Since 1980, GTCR has invested more than $9 billion in private equity capital over 200 companies. Jannotta Jr. was accused of selling Trans Healthcare, owned by GTCR, in 2006 to evade liability for wrongful death allegations, which he denied.

Originally from Indiana, Joe Mansueto is a successful entrepreneur and influential business investor. In 1984, Mansueto founded Morningstar Inc., an investment management and research firm, out of the living room of his Chicago apartment. In 2017, he became the executive chairman of Morningstar after previously serving as CEO; Mansueto is also the majority owner.

Mansueto currently resides in Chicago’s Lincoln Park neighborhood with his wife, Rika Yoshida, and has an estimated net worth of $2.9 billion. An alumnus of the University of Chicago, Mansueto donated $35 million to the university, starting the Mansueto Institute for Urban Innovation. The Mansuetos also donated $25 million to build the award-winning Joe and Rika Mansueto Library at the University of Chicago.

Board memberships: Executive chairman of the Morningstar, Inc. board, independent director of the Whole Foods Market, Inc. board

Glen Tullman is the co-founder of SoCore Energy, a solar energy installation company, executive chairman of ArgoTea, co-founder and board member of ZestHealth, CEO of Livongo Health and co-founder and managing partner at 7wireVentures, an early stage healthcare venture fund. His older brother, Howard Tullman, is the former CEO of 1871, a Chicago technology and entrepreneurship center founded by J.B. Pritzker. Tullman also donated to Rauner’s  2013 campaign. He has also previously donated to Democratic candidates, including Mayor Rahm Emanuel.

Board memberships: Chairman of the Board of SoCore Energy LLC, director and chairman of Allscripts Healthcare Solutions Inc., and sits on the International Board of the Juvenile Diabetes Research Foundation

Tom Siebel is a world-renowned philanthropist and billionaire businessman with a net worth of $2.9 billion. He is the founder, chairman, and CEO of C3, a software company. Siebel raised $20 million in just one weekend, with $6 million coming from himself, to start C3. He is also the chairman of First Virtual Group, a holdings company. Siebel has previously donated to Independent and Republican party campaigns. While on safari in 2009, Siebel was charged and gored by an elephant in Tanzania. Siebel recovered after receiving 19 surgeries.

Associated with: The Academy of Arts and Sciences, The Thomas and Stacey Siebel Foundation, The Siebel Energy Institute

What is lost when only the very wealthy can make substantial donations?

According to Kaplan from Reform for Illinois, extravagant donations like the ones from Rauner’s top five individual donors block out talent from people who are not necessarily wealthy nor well-connected, but who would be exceptional public servants.

“The system is rigged to help the very wealthy,” said Kaplan. “People do get disaffected by the fact that only rich people – mostly white, rich men – get elected. They don’t feel represented.”

Similarly, Donna Limper from Represent.US, a non-partisan, non-profit anti-corruption organization, thinks that elections like these reflect the trend of rising global wealth inequality.

“I believe there should be caps on spending for both individuals and organizations so as not to create undue influence from a single group,” said Limper. “It is not democratic for only the wealthiest people to campaign.”

As for what can be done about the skewed system of power in elections, Limper believes that people need to start paying attention.

“All citizens need to educate themselves and get involved,” she added. “Millennial voters are key to restoring democracy in this country.”