How the Violence Against Women..

1994 in Tech: A Rabbit Hole into the World Wide Web 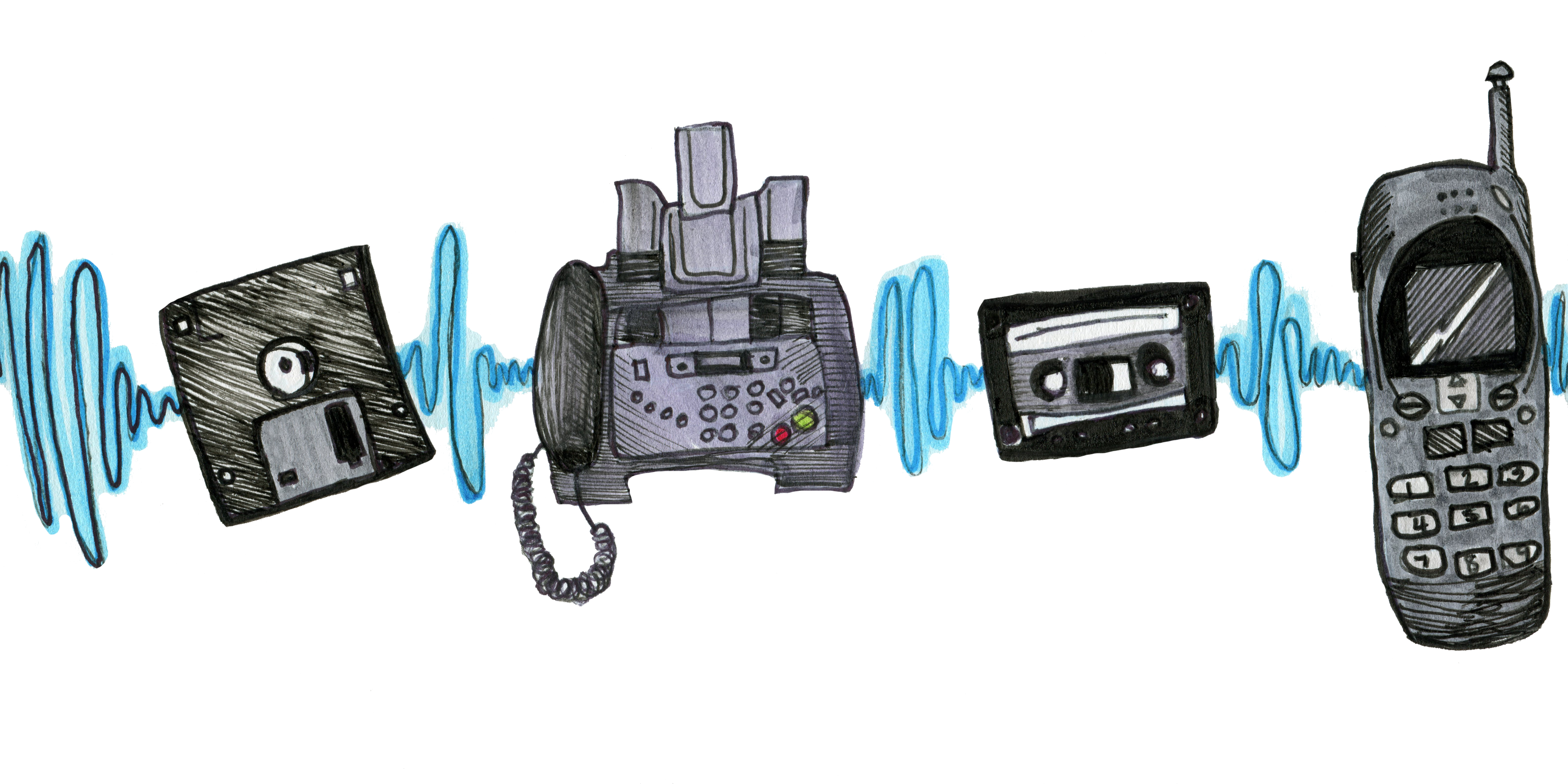 Once the internet was made widely accessible by the World Wide Web in 1991, online culture started to popularize one niche website at a time. This once newfangled world looks like a distant cousin of what we know today: it was mostly text-based, non-commercial and focused on being totally cool.

Despite what your teachers may have told you, not everything on the internet lasts forever — plenty of 1994 websites have not maintained their domains and can’t be reached. But thanks to some sleuthing and the incredible archival work of The Internet Archive’s Wayback Machine, we can turn back time and see some of the best technology 1994 had to offer.

Finnish telecommunications company Nokia debuted two mobile phone models in early 1994 that were much more impressive than their walkie-talkie-esque appearance suggested. The gray 2010 featured a grid made of numbers and pick-up/drop call buttons. The phono also had a small screen which could display two lines of text SMS messages — declared the first of its kind by late Nokia manager Matti Makkonen. The business-intended 2110 had a similar layout with the addition of two softkeys (used for screen navigation), bigger memory and the classic Nokia tune based on composer Francisco Tárrega’s “Gran Vals.” Each device could show up to 10 dialed, received and missed calls.

Yahoo! debuts as Jerry and David’s Guide to the World Wide Web

Stanford electrical engineering students David Filo and Jerry Yang created an online directory to house their lists of favorite websites. In March they renamed it Yahoo! because they liked the word’s use in Gulliver’s Travels, but they also created the backronym “Yet Another Hierarchically Officious Oracle” to go along with the name. The URL officially changed in January of 1995. They edited the index to become an all-encompassing resource and used search engine partners as a backup if pages like “What’s New?” and “What’s Cool?” couldn’t suffice. Yahoo! diversified to a news page and an email provider after Google changed the internet, but eventually retired the original directory at the end of 2014.

Former Vice President Al Gore, once known as an Atari Democrat because of his fascination with technology, long envisioned a way for Americans to access the internet. Congress passed “The Gore Bill” in 1991 to put $600 million towards computing advancement and education in the hopes of developing a National Information Infrastructure, which Gore coined as an “information superhighway” or “infobahn.” The term could be a nod to former Senator Al Gore Sr.’s support of the Federal Aid Highway Act of 1956. He gave a keynote speech for communication industry leaders at The Superhighway Summit at UCLA in January 1994 and later made a notable speech at a tech summit in Buenos Aires that’s often referenced as “Al Gore Invents the Internet.” Whitehouse.gov was founded in 1994 to give the White House official presence online.

In Geneva, Switzerland, where the Conseil Européen pour la Recherche Nucléaire or CERN is located, web pioneers met in person for the first time to talk about the future. Robert Cailliau planned the overbooked event, which was attended by 380 people and gave out Best of WWW Awards like “Best Navigational Aid” and “Best Document Design.” Web mastermind Tim Berners-Lee (creator of the World Wide Web, HTML, the first web page and browser) shared his slides from this conference and later announced his departure from CERN to MIT.

Created by then 23-year-old cartoonist Stafford Huyler of Winnetka, NetBoy is a pure, internet-loving nerd who derives true happiness from “fast.GIFs,” according to the Houston Chronicle. The web strip parodied gamers, chat room devotees and online fanatics with inside jokes, reaching its target audience from their very own screens. Huyler worked on multiple web projects, including Intelli.com, and had revolutionary hopes for NetBoy. “In 10 years, when you’re watching 500 channels of interactive TV, I want NetBoy to be one of those channels,” Huyler told People in 1995.

Before search engines existed, users were left to their own devices to find what was hip. Because fishing for URLs is inefficient, they turned to the guiding voices of Yahoo! and early web designer Glenn Davis, who started Cool Site of the Day. By posting one interesting website each day and adding it to the archive, Cool Site of the Day became a silicon status symbol — it even inspired the actual awards for cool sites, The Webby Awards. Many of the websites on this list were featured as cool sites, but some other 1994 highlights include Time Inc’s Pathfinder, Carlos’ Coloring Book, graffiti spotting site Art Crimes, Bob’s Magic 8 Ball, and beer blog realbeer.com. Davis left Cool Site a year later after losing his “sense of wonder,” but co-founded the Web Standards Project and do other cool things.

A Sting CD is purchased as the first online encrypted transaction

The New York Times reported Phil Brandenberger paid $12.48 for former The Police frontman Sting’s “Ten Summoner’s’ Tales” to Daniel Kahn, Roger Lee, Guy Haskin and Eiji Hirai with an encrypted Visa credit card number. These four newly-graduated men created Net Market, an online store front for various vendors, and used PGP to make the transaction anonymous and untraceable without the proper key. Encryption software had yet to become fully integrated because it needed to be regulated by the government.

IBM released a device that was both a PDA — or a “personal digital assistant”— and a cell phone, considered a milestone by Byte. Originally called “Angler” in a prototype, the brick-like black phone featured a LED screen instead of a button pad through which it could send and receive faxes, emails and cellular pages. Though the battery was only good for an hour, Simon had the advantage of an address book, calendar, calculator, world time clock and electronic notepad. BellSouth Cellular released Simon for $899 with a two-year contract with the network and sold 50,000 units in six months.

When Bezos left Wall Street and moved west with big plans, he weighed different options to name his to-be online bookstore. He considered multiple bold-sounding names, according to Brad Stone’s The Everything Store: Jeff Bezos and the Age of Amazon, and registered the URL “relentless.com” before settling on Amazon the following year. Funny enough, Bezos relentlessly maintained the URL and you can still type it in your browser to get to Amazon.

Founders of the Mosaic browser launch the even-better Netscape

Marc Andreessen co-developed Mosaic, the web’s first popular browser, in 1993 at the National Center for Supercomputing Applications (NCSA) at the University of Illinois at Urbana–Champaign (funded by The Gore Bill). He left NCSA to join James Clark in creating Mosaic Communications Corporation, later renamed Netscape Communications Corporation, in April. As their first product, they released the Mosaic Netscape 0.9 browser, which later had to be renamed to Netscape Navigator to avoid trademark violations with NCSA. Netscape Navigator took over three quarters of the browser market in four months and used cookies to enhance its service. When Internet Explorer and Mosaic purists threatened its dominance in the late ’90s, Netscape started work on Mozilla, or “Mosaic killer,” according to Fortune.

Appropriately themed “Mosaic and the Web,” the second web conference took place in Chicago months after the first gathering. In a turn of events on October 19, Berners-Lee announced the creation and his direction of the World Wide Web Consortium or W3C with MIT’s Laboratory for Computer Science, according to an MIT press release. The W3C later develops the standards for the open web platform and meets on December 14.

Here at 14 East, we’d like to pay respects to our ancestor hotwired.com, Wired’s separate web magazine created in 1994 to keep up with cyberspace. Known for its colorful design, web content initiatives and graphics, Hotwired was ideal for advertisers. AT&T ran banner ads on the website that could be seen on any internet connection, reading “Have you ever clicked your mouse right here? You will.” Operating as a reference to an existing ad campaign without including the company name, the AT&T ad brought users to a microsite that listed “mind-expanding” sites to be a transformative experience.

WXYC becomes first radio station to stream on the internet

The University of North Carolina-Chapel Hill’s radio station, WXYC 83.9 FM, first went live in 1977 with “You Turn Me on I’m a Radio” by Joni Mitchell. Nearly 20 years later, Mike Shoffner and David McConville helped the station create a simulcast of it’s off-air signal using the Cu-SeeMe utility developed at Cornell University. They applied the video-conferencing software by feeding the audio signal through an aFM tuner into a computer running Cu-SeeMe. They’ve since upgraded the tech, but still live steam and archive their DJ’s playlists.

After a fraught joint console project between Nintendo and Sony soured, both companies moved forward with new designs for a “Play Station” console to compete with Sega Saturn. Sony developed the original PlayStation, with a sleek white exterior, CD drive and 3D polygon graphics. The PlayStation sold 2 million units in two months and become the first video game unit to sell over 100 million versions 10 years later. The PlayStation 2 remains as the best-selling home console.