Marissa Does Sports: The 1994 World Cup

Marissa Does Sports: The 1994 World Cup 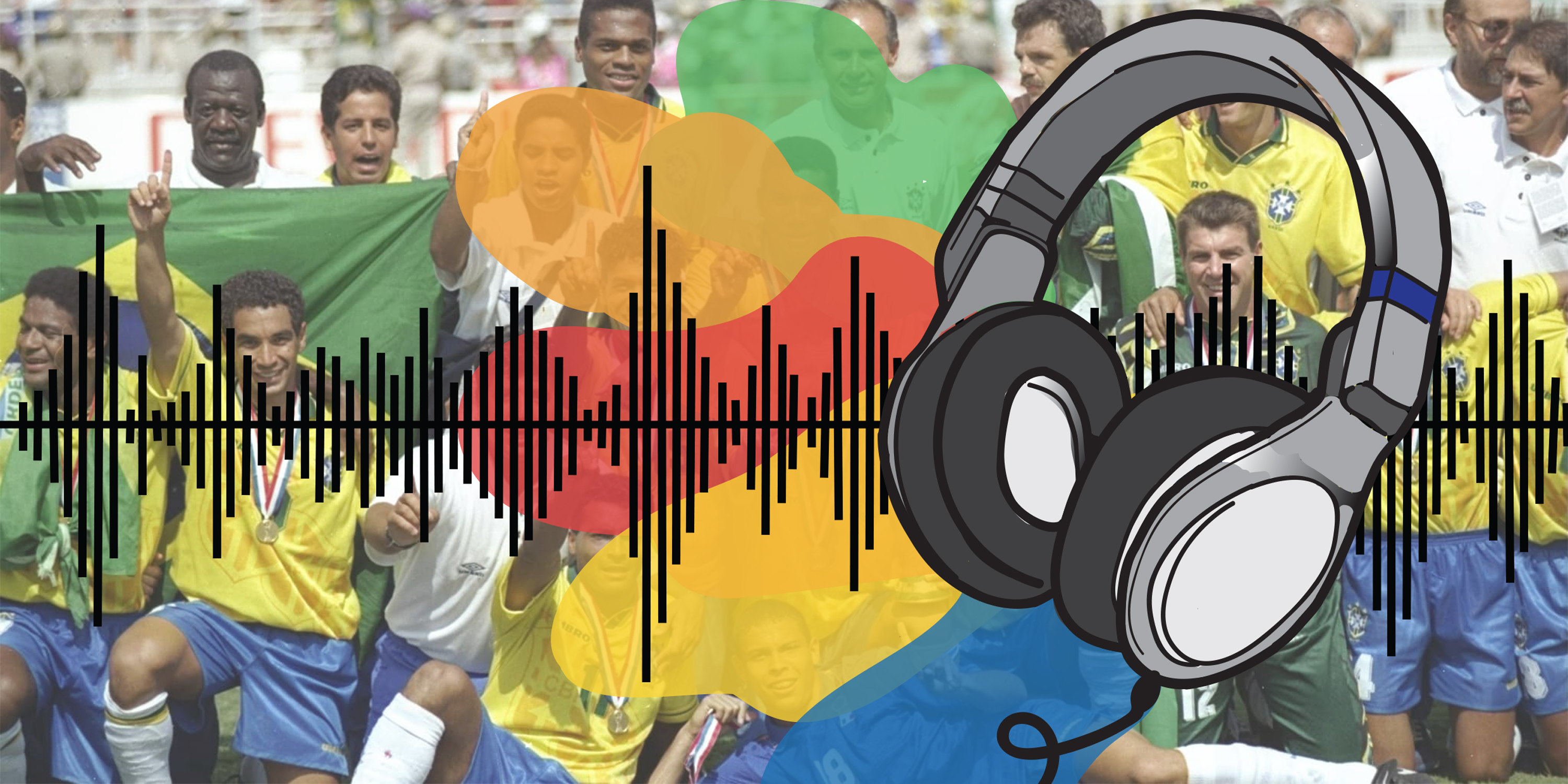 The first in a series in which Marissa, well, does sports

Twenty five years ago, the U.S. hosted the 1994 World Cup, and Chicago’s Soldier Field was home to four matches and an opening ceremony for the ages.

“It was — to put it mildly — kind of a disaster,” said Ryan Witry, the general manager of Radio DePaul Sports. “Oprah [fell] off stage. Diana Ross, famously I believe of The Supremes, was scheduled to kick a penalty. She missed the goal entirely.”

That’s not the only goal gone wrong during the 1994 World Cup. Andrés Escobar, team captain for the Colombian squad, accidentally scored in his own goal during a match against the U.S.

“That goal cost them the game and that game cost them elimination,” said Richie Requena, a soccer fan. “So, because of one mistake everybody’s got to go back home. I can imagine that quiet plane trip home.”

Just days after Escobar returned, he was killed. Humberto Munoz Castro, who was connected to the drug cartel in Colombia, confessed to killing Escobar and was found guilty for the murder. He served 11 years of his 43-year sentence.

Why bring the World Cup to the U.S.?

At the time, it was a controversial move for the Fédération Internationale de Football Association, commonly referred to as Fifa, to bring the World Cup to the U.S. — a country that didn’t have a big soccer following at the time. Meanwhile, Soccer — or football as the rest of the world calls it — was and still is the most popular sport around the globe.

Some compared the location decision to “holding a major skiing competition in an African country.” It just didn’t make sense.

Nonetheless, with over 3.5 million people in attendance, the 1994 World Cup still holds the record for the highest attendance in the tournament’s history.

Out of the 1994 World Cup came Major League Soccer (MLS), the U.S. professional soccer league. This was largely because of a pledge Alan Rothenberg, president of U.S. Soccer and chairman of the World Cup committee at the time, made to Fifa if the U.S. won the vote for the 1994 World Cup. Since MLS founded in 1996, the league now has 23 teams, including Chicago Fire.

Today, MLS is gaining popularity. In 2018, 47 percent of the U.S. adult population had interest in the league. That’s up 10 percent from 2012. Moreover, the tournament will return to the U.S. when North America hosts the World Cup in 2026. The U.S. will host 60 out of 80 games. However, out of the 17 possible U.S. cities to host games — like Los Angeles, Washington D.C. and Kansas City — Chicago will not be one of them.

“FIFA could not provide a basic level of certainty on some major unknowns that put our city and taxpayers at risk,” a spokesman for Mayor Rahm Emanuel, Matthew McGrath, told the Chicago Tribune in March 2018. “The uncertainty for taxpayers, coupled with FIFA’s inflexibility and unwillingness to negotiate, were clear indications that further pursuit of the bid wasn’t in Chicago’s best interests.”

Chicago is not alone in its refusal to host World Cup matches. Minneapolis, Glendale, Arizona and Vancouver, Canada also voluntarily removed themselves from the running for host city. Local officials said the unduly requirements from Fifa that come along with hosting a match put the city and its taxpayers at risk.

For instance, if Chicago was chosen to be a host city, Fifa would have required a dome to be built over Soldier Field. Moreover, the contracts — governed by Swiss law as Fifa’s headquarters is in Zurich — for host cities are open-ended, meaning Fifa can add requirements whenever it wants. So for cities like Chicago, the World Cup doesn’t seem like a reliable event to host as it poses risk to its economic standing.

It’s not unusual for communities to be opposed to hosting the World Cup. The tournament is often an expensive endeavor for countries to take on. Brazil spent $3.6 billion to build five stadiums, renovate six and demolish and rebuild one in the nation’s capital.

“The cost goes beyond just building the stadium, too,” said Natalie Wade, 14 East’s multimedia editor and the coach of DePaul Women’s Club Soccer. “It’s building places for people to stay when they’re there for the World Cup, hosting the teams and any advertising that’s done.”

Brazil spent an additional $8 billion on urban mobility projects, airport upgrades and other infrastructure — and only 15 percent of the total $11.6 billion spent on the 2014 World Cup came from private investors.

There were violent protests in Brazil leading up to the 2014 World Cup because some Brazilians believed the money spent on the tournament should have been directed to programs that would have helped the country, such as low-income housing.

More recently, Fifa raised some concerns when it chose Qatar for the 2022 World Cup. The tournament is expected to cost the country $200 billion, including the construction of eight stadiums. Migrant workers reported to The Guardian in 2013 that they hadn’t been paid in months, that they didn’t have access to free drinking water and that their passports were often confiscated from them by employers, making it impossible for them to leave the country.

Last year, the law requiring employer permission to leave the country was changed, however conditions for the migrant workers haven’t.

Ultimately, the difference for Brazil and Qatar is that the countries didn’t already have the infrastructure for a World Cup-sized tournament. Vancouver, Glendale, Minneapolis and Chicago do. So the burden felt in Chicago or Minneapolis likely wouldn’t be as heavy as that in Brazil and Qatar. Nonetheless, though Chicago hosted the 2016 NFL Draft and will the Big 10 Men’s Basketball Tournament in March, the 2026 World Cup is not in the city’s future.

Listen to the audio version of this piece: